Fredric Aasbo is the 2015 Formula Drift champion and most known ambassador of Gatebil. I had the opportunity to talk with him during the Gatebil festival at Rudskogen. We discussed his plans for the rest of the season, what he thinks about the FIA drift event in Japan, going to Mars and his prediction for Formula D champion 2017. 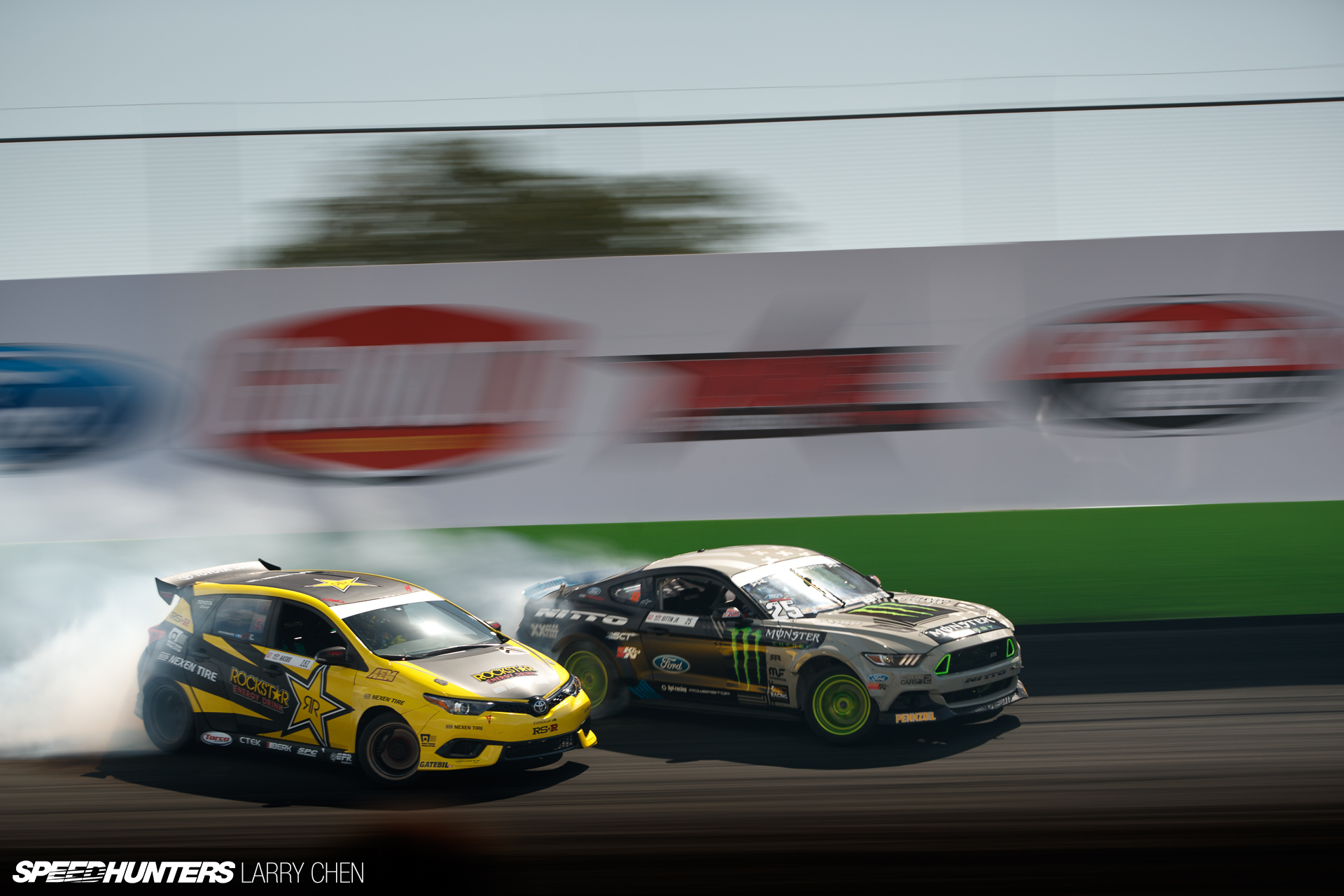 – You’re having a hard, but at the same time successful season, what keeps you awake?
– I feel that I’ve gone through all stages of a drifting driver: total nobody who had a 300$ car to local champion in Scandinavia in 2008, followed by a rookie of the year in the States, then eventually paying my dues and making it happen with Papadakis Racing and winning the championship. That was our big highlight. Now I’m more of a season veteran, trying to hang with the new kids. I see the change now – expectations are higher, but then we have really good support and more experience. Some of the sticks I’m getting this year, people accusing me of maliciously doing “moves” to screw up other guys. It’s interesting how that happens when non of it is on purpose. What’s cool now is that I’m able to step outside of myself and look at it from the outside, I realised that now I’m a character in the show and it helps me deal with all this. 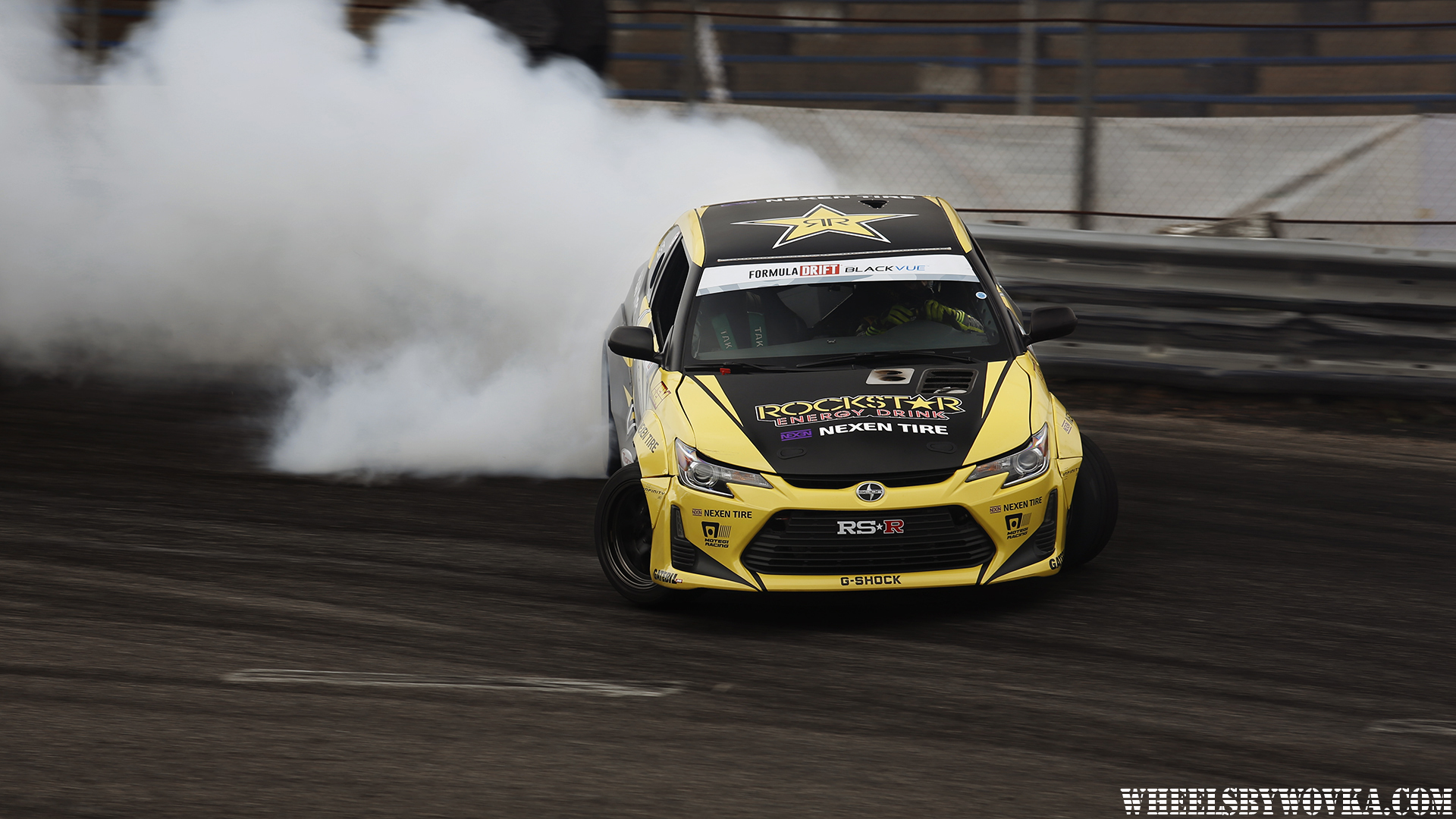 – Definitely, series grows, PR games are being developed like in F1 or Nascar. Drivers become rivals, at some point we’ll see a fight and all this will only fuel the promotion of the sport.
– Yeah, it wouldn’t be fun if we would be just walking around, holding hands all the time. Everybody in the sport of drifting respect all the other drivers – in a lot of cases it’s the fans and the outside community that apply these ideas. It needs to be like that, we need that rivalry. I think drifting is in a good phase, I’m definitely interested being part of it and bringing it to next level.

– What motivates you?
– The little things. Gradually learning more as a driver, figuring out the small details of the car and getting setups to “click”, and so forth. 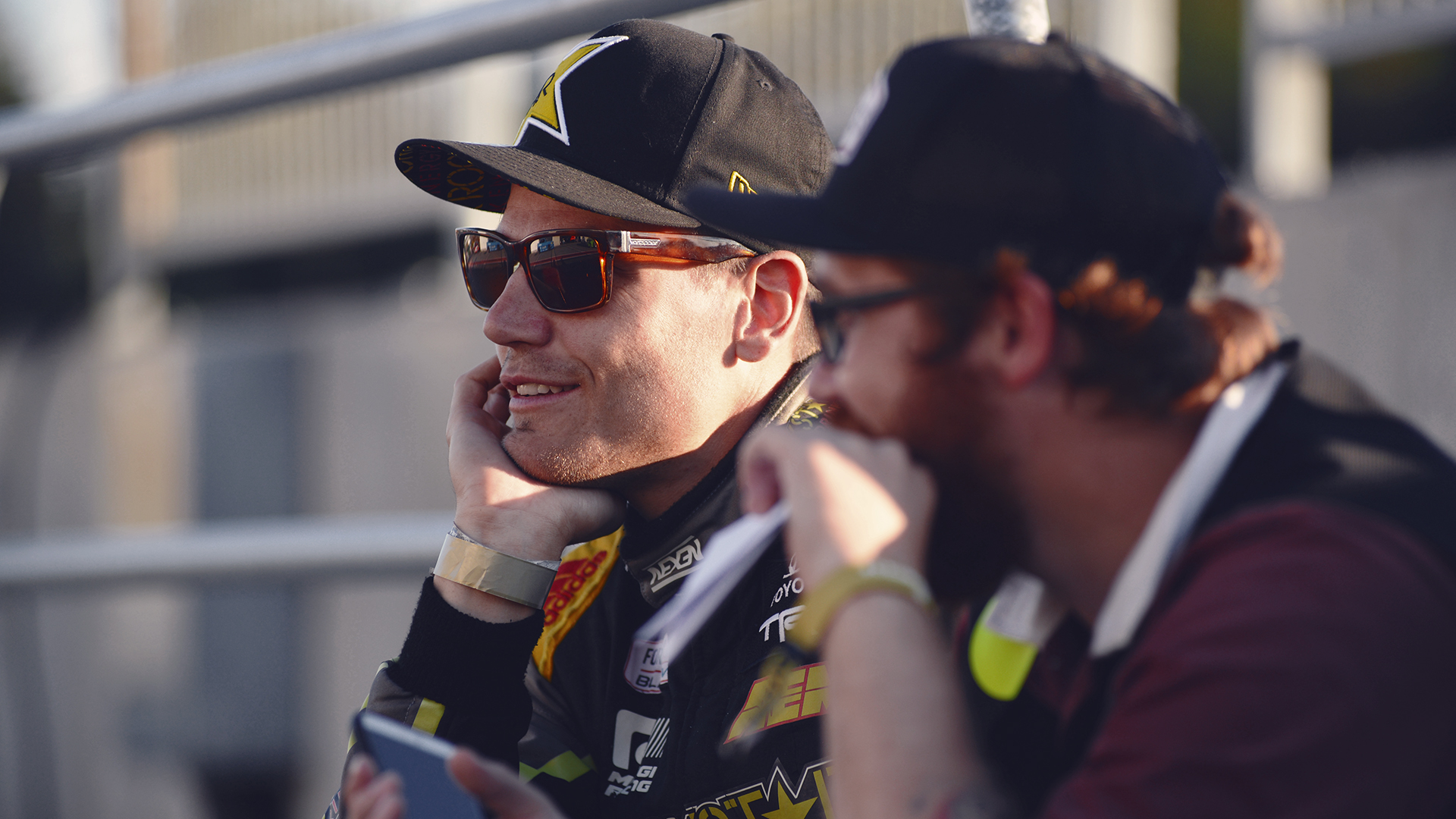 – What would Fredric Aasbo do if he wasn’t a drifter?
– Hehe, good question. Working in marketing or business, probably.

– What’s your relationship with Gatebil, I guess you’ve been here from day one?
– I kind of grew up at Gatebil. Not as a person, but as a driver. Even though I did other drifting competitions and events (namely Powerdrift and Nordic Drifting Series), Gatebil was always where the crowd was and where I learned to compete in front of an audience. When I showed up in my basic BMW E30 built by my friends and from spending my student loan, I didn’t really get much track time. That’s when I realised you have to provide something that people want to see. So I started cutting the track like a madman, chasing people as close as I could with little regard for the “established heroes”. The marshals started giving me more and more track time. Then, a company called Japan Auto sponsored me with a certain red Supra. 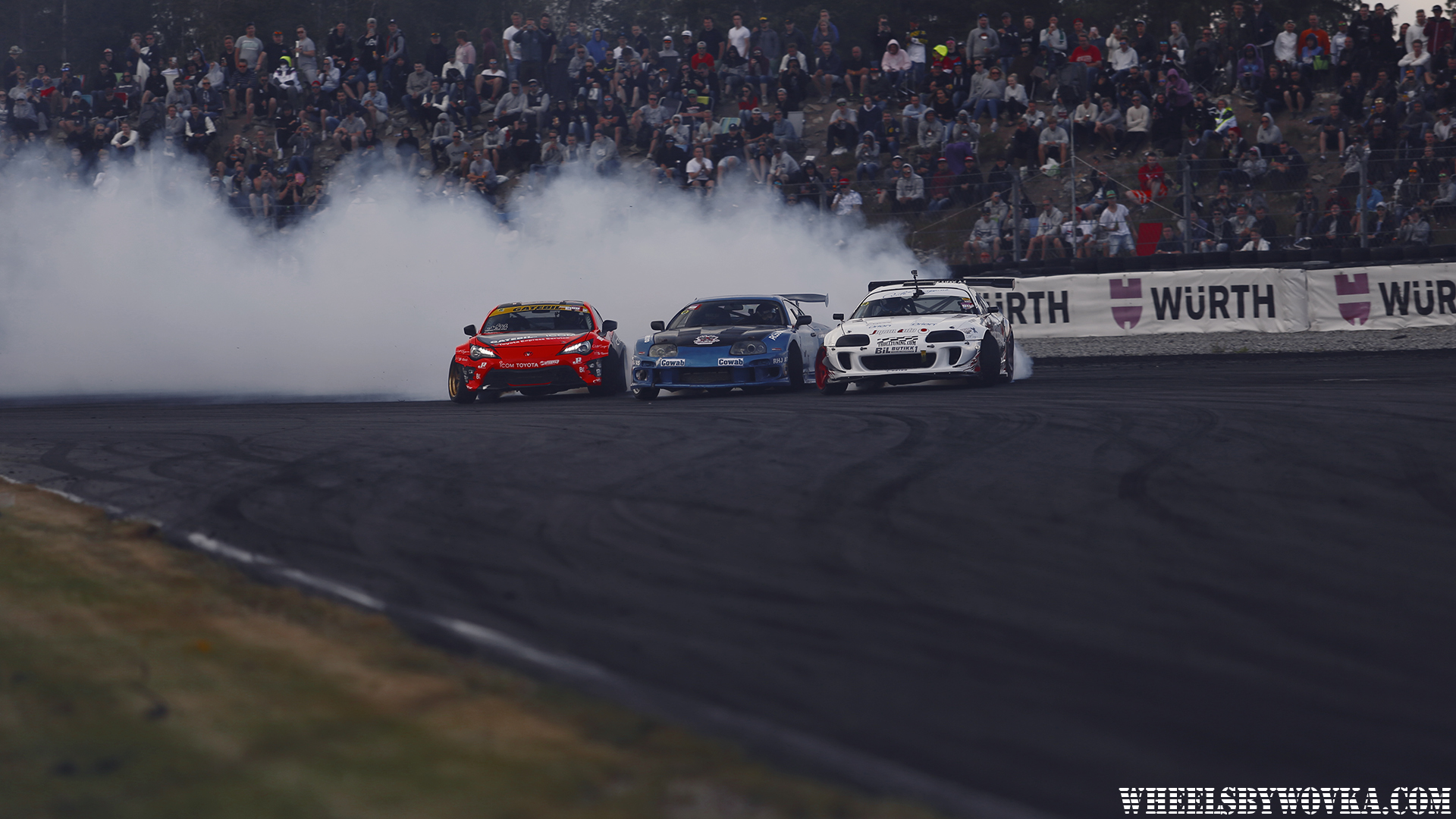 – Your girlfriend, Hunter, is driving a Supra at Gatebil right now, you’re not afraid to let her out on the track with a certain level of “chaos” there? :)
– Hunter is doing really good for a rookie, especially that she never drifted on a big track before. Even though shit happens, this is a pretty safe sport. I’ll tell you this: she’s the only person I know that came into drifting with no past driving experience, yet she has a good amount of sponsors and great support already… even though she looks spoiled on the outside – with me trying to help and all our friends pulling the strings here and there, but what makes it so worth it is when I wake up in the morning and Hunter is already at the drifting simulator playing and practicing. To me that proves that she really wants to learn this. 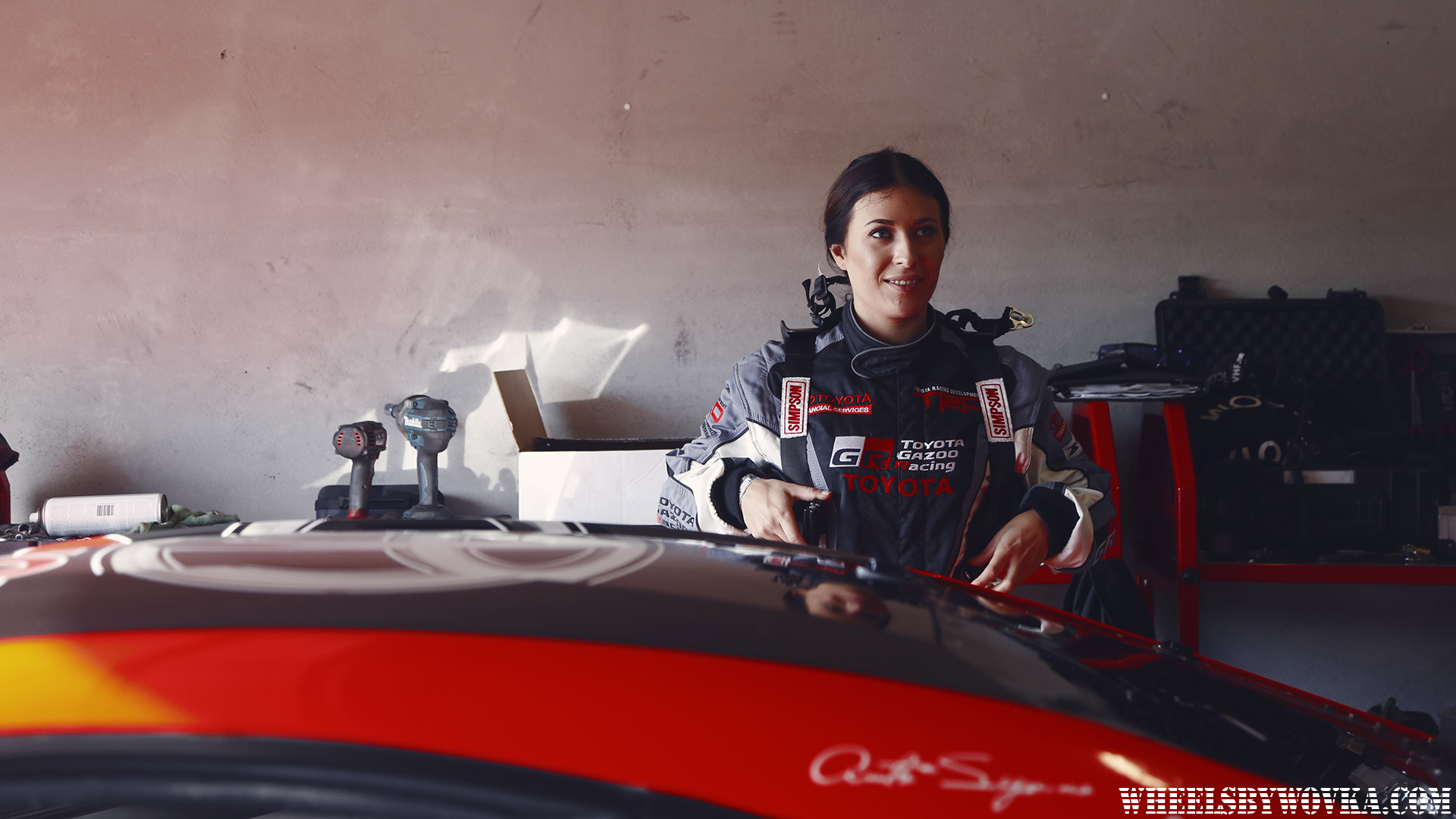 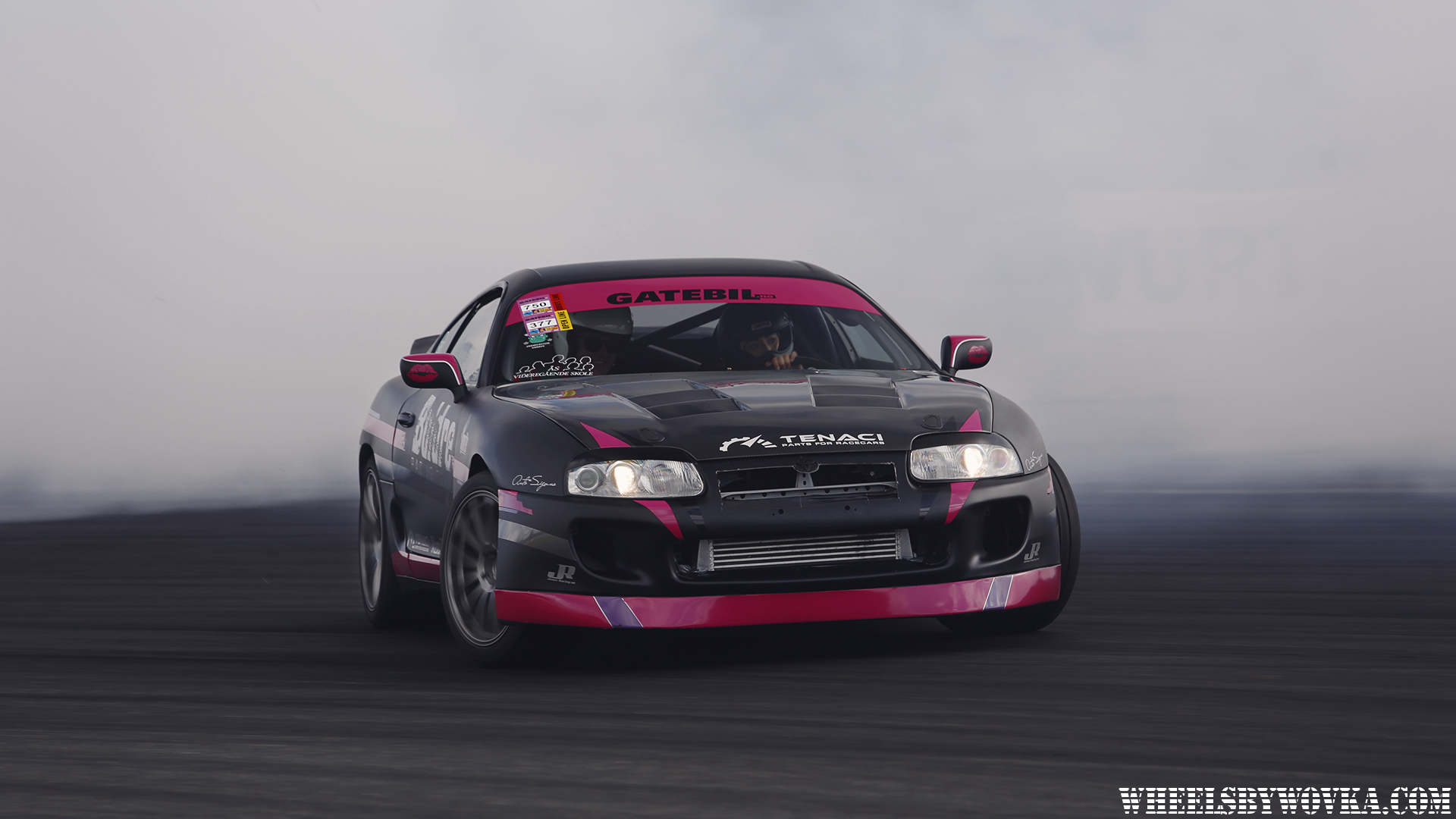 – Will European fans see you somewhere outside Gatebil?
– I’m going to England for a special project in August. It’s a pretty cool video shoot.

– Oh, Joachim Waagard was telling me about a secret project in England in mid August, I guess it’s the same thing.
– Haha, I guess it is. Can’t tell you much, but it’s a deal for Toyota of Great Britain. It’ll be something that I haven’t seen before.

– I heard that you might go to FIA Drift in Japan, since you have a RS-R car there?
– I probably won’t due to a number of things: scheduling – I have an event in Texas with Toyota USA and Irwindale is just a week away. I had a blast competing in D1 China last year and I think D1 is doing great moves in the sport as well, but my great commitment is to Formula Drift. I’d love to see FD and D1 getting together behind an unified World championship backed by FIA. I think it will happen, but it will take time. Right now I’ll be watching from the sidelines and let’s see how it all unfolds. 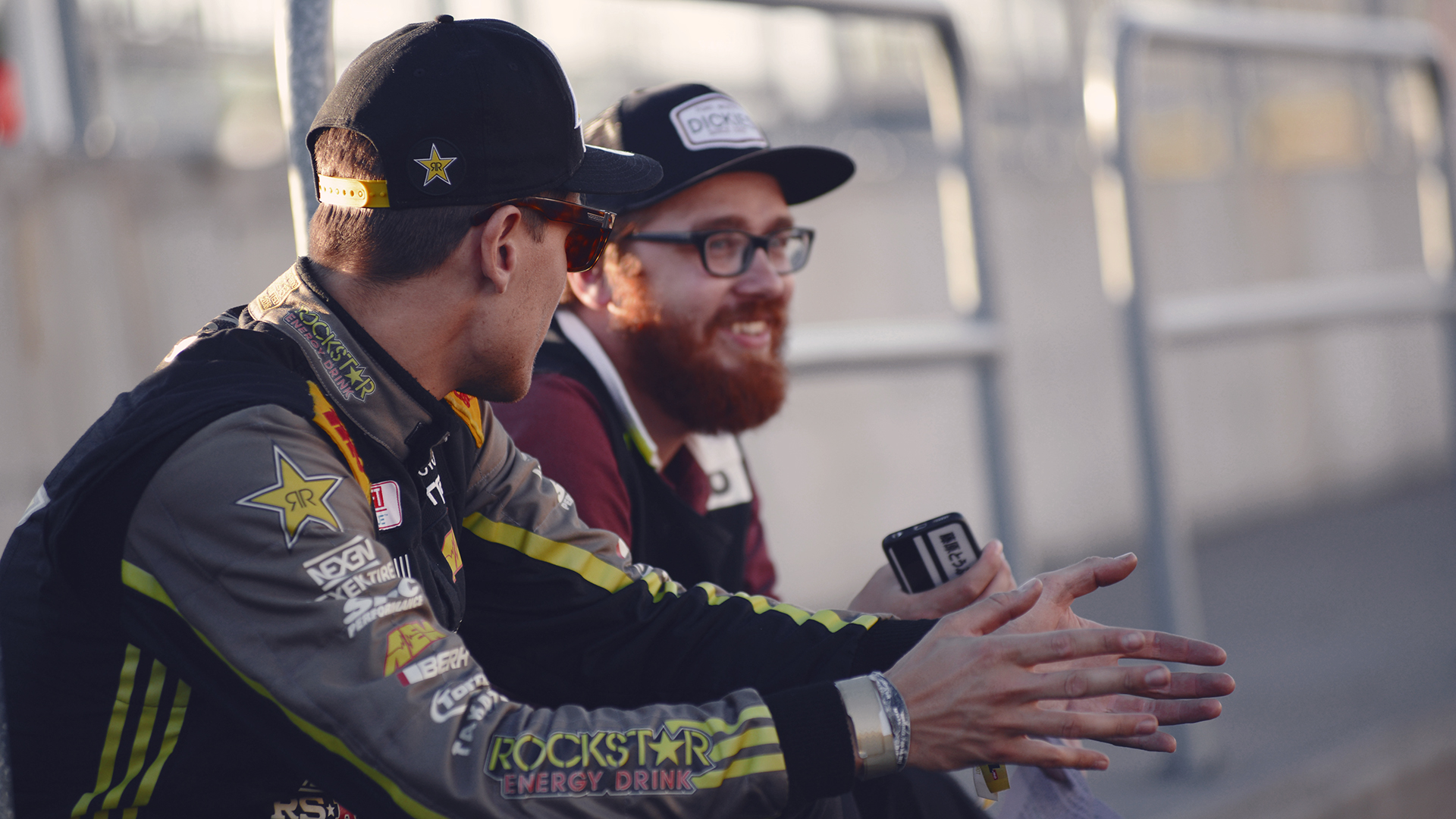 – Many things were said about the Corolla, but is it different to drive than the Scion?
– It’s different, but not too much. Subframe is same, but car is a bit shorter which makes it more snappy. The shape of the car itself makes it more dramatic.

– What’s the plan, will the Corolla be developed further?
– Stephan is pushing the engine program, developing a new “shaft rocker arm setup” for the head which is something completely new. That AR is turning into an amazing race motor.

– What’s the plan for the rest of the year?
– In reality this is a development year, but we are definitely trying to be competitive right out of the box.

– Do you want to predict who is going to win FD this year?
– It’s hard, but obviously James is doing amazing and for me it’s no surprise. He has shown a number of times that he can adapt to pretty much anything. He’s a stellar chase-driver, arguably one of the best drifters in the World and he has a car to back it up. Long story short: it seems James Deane was waiting for the right time and package to get in Formula D and he found it.

The one thing that can stop him, aside from obvious things like technical issues, is that subconsciously he’s held to a higher standard that the other drivers.

– What’s your favourite track to drift in FD?
– It used to be road Atlanta, but now that track has bitten my ass a number of times, so I’m not sure anymore! Canada reminds me a bit of Gatebil style track. it’s a technical road course that’s a bit tight. Seattle is cool – very high speed, fast initiation. Irwindale – I couldn’t crack the track code there until 2014 and then we won there next year, which was big. I don’t know, I want to say it’s a tie between Seattle and Canada.

– That’s good news, those tracks are still coming up!
– Exactly! 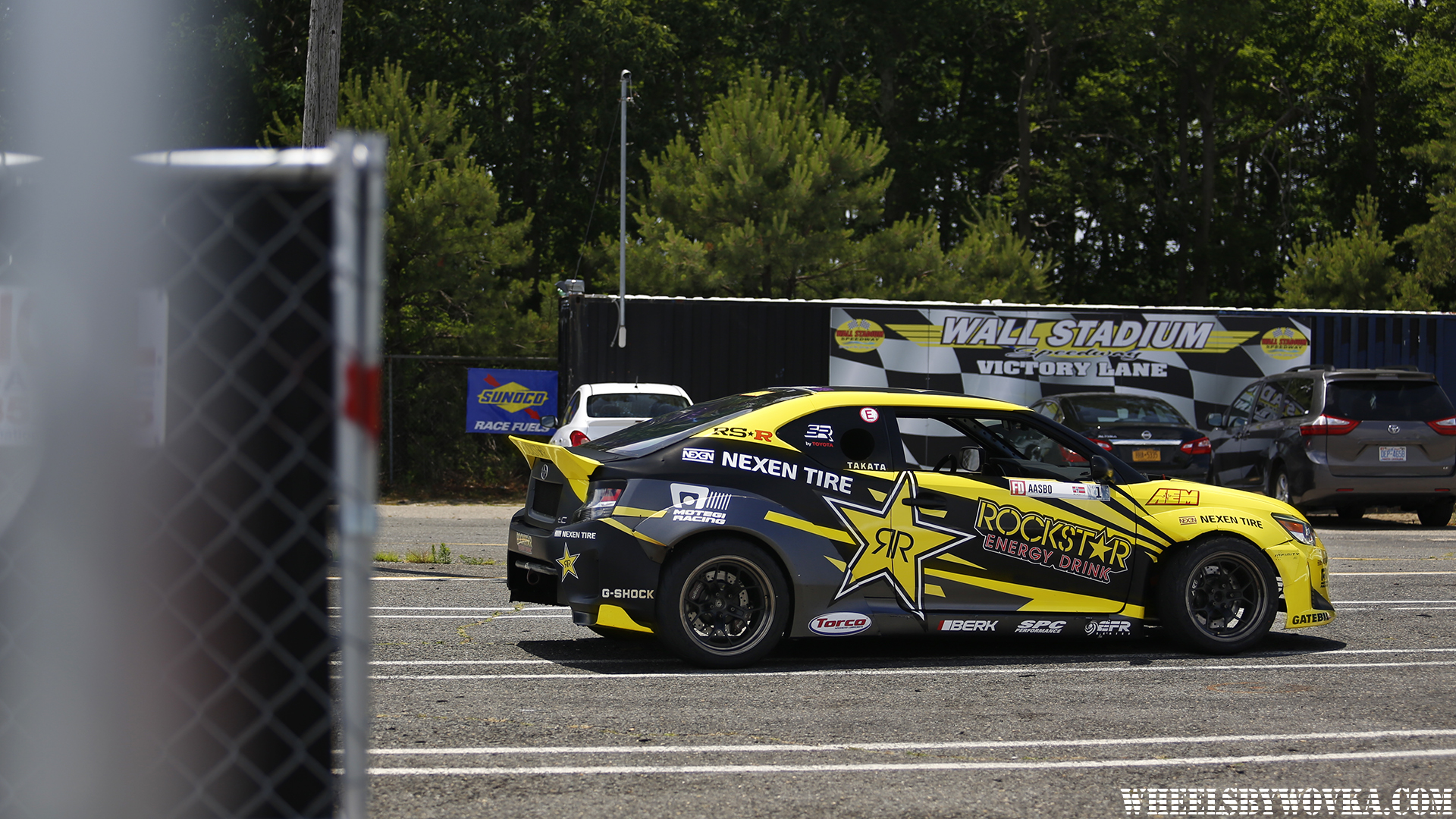 – What is your long time dream to do (or go somewhere), but you couldn’t find time or other resources yet to accomplish?
– Mars? It’ll be cool to do something new: go new places, do new stuff. One thing I see – the further away from the racetracks you take the drift cars, the more wow-effect you’ll make. I’m all in for city events or something epic. You know, I was flying over some islands in the Bahamas this winter and noticed that some of them have airports where it’s possible to make a cool drift course..

Thanks to Alex Ulanov for portraits