Caitlin Ting is one of those people who show us what happens at World’s best drifting events via photography. She was involved in OMGdrift project until it closed down. I had the opportunity to talk with her. We discussed drifting, video games, Walt Disney and history.

– Where are you from?
Westlake Village, California

– What are you working on at the moment?
I’m currently working on plans for the Formula Drift 2017 season, plans for 2017 for myself and photography outside of drifting, editing photos from my most recent shoot, and planning some different lifestyle shoots. 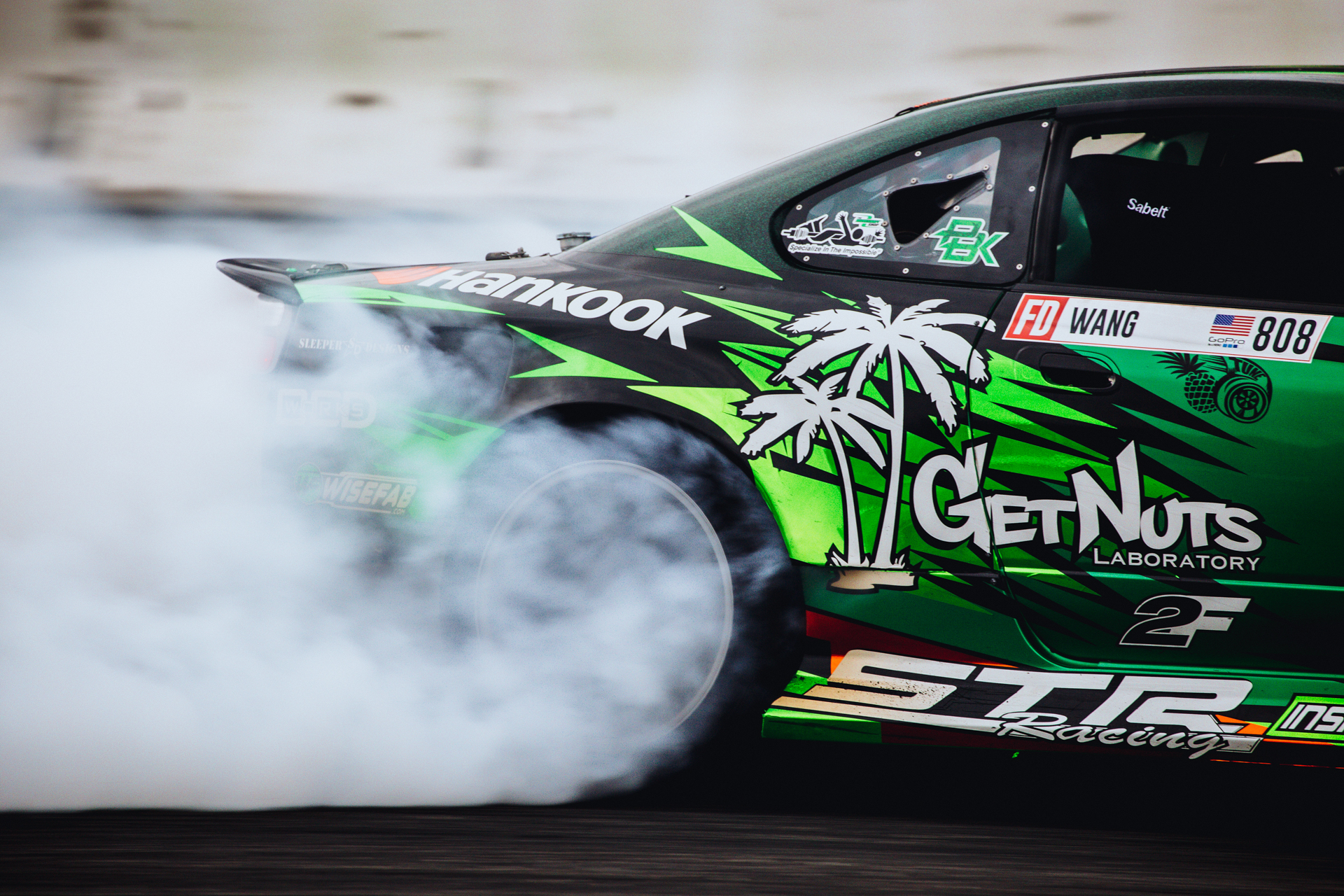 – How would you describe yourself?
It’s always so difficult for me to describe myself, ha. I like to do a little bit of everything when it comes to photography and life, I don’t think I’m ever fully content. I can be a pretty quiet and reserved person.

– What inspires you?
I think one of my biggest inspirations in my life has been my grandfather. He traveled the globe and was an intellectual, and there’s a lot of places around the world that I want to see, experience, and photograph. I love photos of everyday things and major events from all over the world, that’s something I aspire to do one day. I find war photography to be very inspiring. 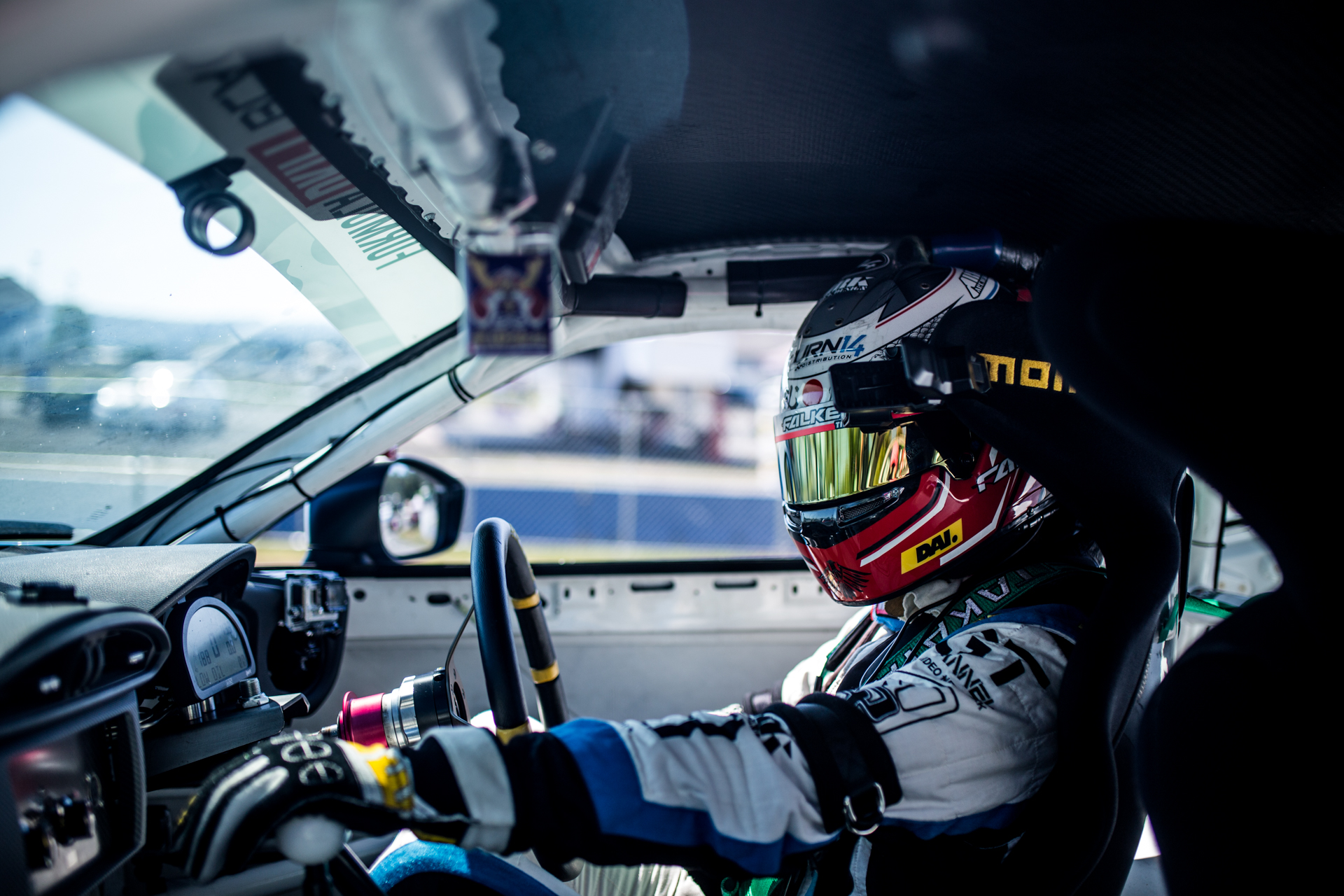 – I’m also quite inspired by war photojournalists. Often I experience this feeling, that I could have made a lot more “journalism” in some recent drift event, but I concentrated on cars going sideways.. again.. You have something similar after an event? Feeling that you could do more or better?
Definitely! For me, writing about what happened at drift events can get stagnant, because after a while it starts to feel like I’ve written the same thing over and over. You have to start finding other angles to approach drift events, perhaps focusing on a particular driver or car, major battles, etc. And when it comes to my photos, I always feel like I could have done better after an event. I’m typically happy with about three photos and find myself criticizing the rest. But I think that just helps push me to try harder next time, to find a better shooting location or to find something I’d like to write about.

– On the Internet I see that some folks are copying journeys that their relatives did many years ago, packing these trips up as projects. Where do you wish to travel?
Honestly I want to go everywhere. There’s a lot of the United States that I haven’t seen, even places I’ve been to here I haven’t really experienced. My father’s family is from China so I’d love to go to China and see the cities and the countryside, the Great Wall, Tiananmen Square, the Gobi Desert… Of course I want to visit other places in my ancestry as well, including Germany and the UK. I’d love to go to Russia and Mexico too. I love and studied history, so I want to go anywhere of historical importance, which is everywhere to me.

– What is the story behind OMGDrift?
OMGDrift was started by Drew Fishbein and Ross Fairfield seven years ago when there was a void in media sites in the drift scene. At that time, there weren’t a lot of options when it came to drift media. Honestly I had no personal experience with drifting until I started dating Drew, and by that time drift media had really taken shape and had become a very normal thing. OMGDrift had a ton of growth and an amazing audience, but after seven years we’ve gotten tired. There is a lot of great content out there, and we felt it was best to step down. We’re still involved in drifting, we just want to pursue other opportunities. 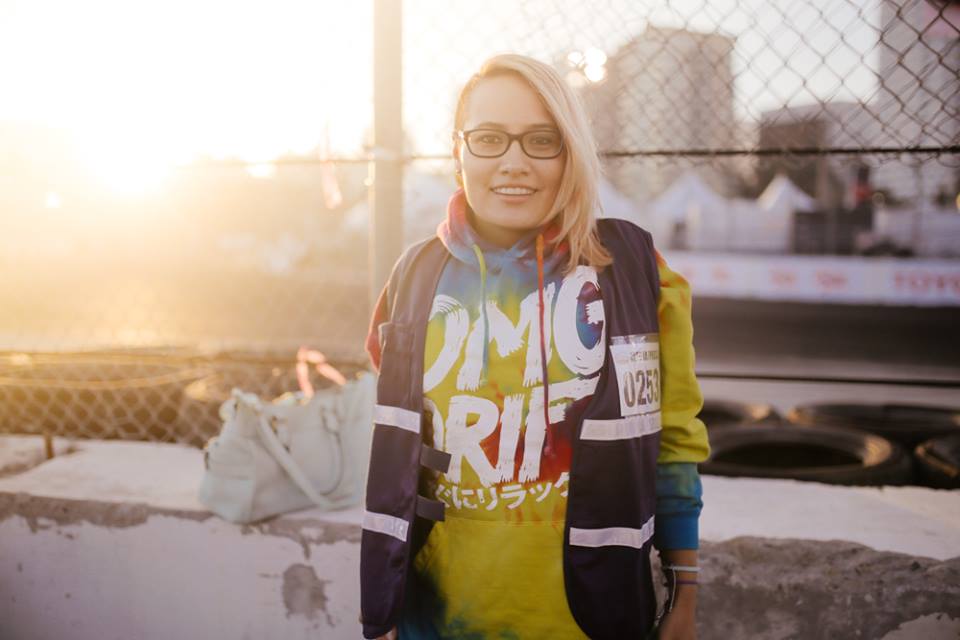 – Able to share some ideas of what Drew, Ross, you and others who were contributing to OMGDrift will be doing now?
Well, Ross has been managing Formula Drift driver Andy Hately’s program for several years now, and will be continuing that in the 2017 season. I’m still going to be involved in drifting, hopefully shooting for some drivers and companies next year, but I’ll also be pushing myself to do more photo work in other avenues. Drew has some ideas for a new brand, but I can’t divulge much about that at this time! Our other contributors have a place in this next step if they ever want to join in as well.

– Photography: a hobby or a job?
For me it’s definitely a job and hobby. I gave up working regular jobs to pursue photography about two years ago, and while it’s been a challenge, I enjoy doing it. I take a lot of photos when I’m not working too, so I feel like it’s a good split between hobby and job. I worked for Ben & Jerry’s for three years when I was a teenager, and some advice that always stuck with me from there was, “if it’s not fun, why do it?” I take that to heart; when I don’t enjoy photography anymore, then it will become a job, and I don’t see much of a point in continuing with it once that happens. 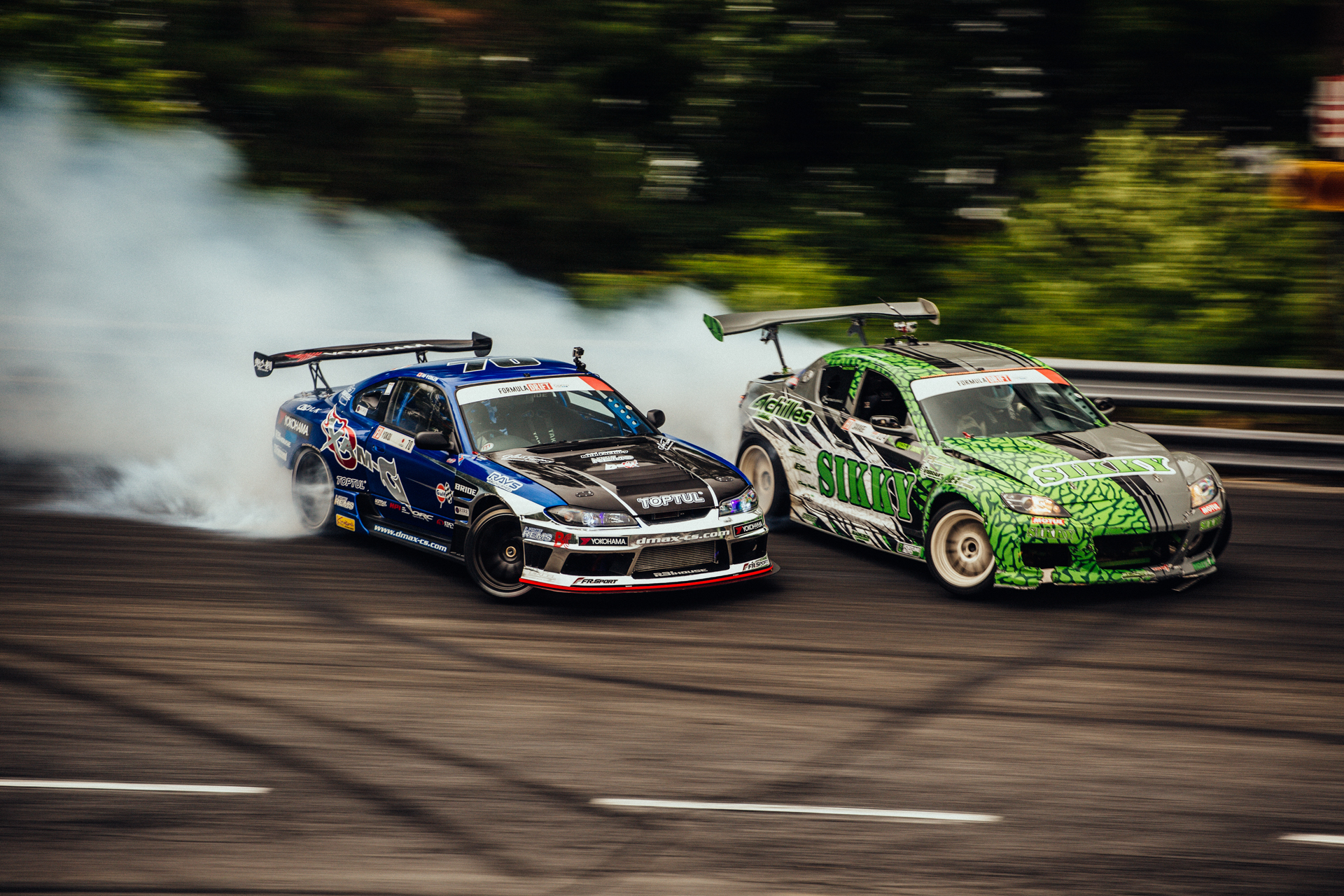 – What will be your dream event to shoot?
I really don’t have an event that I dream about shooting, I just want to shoot! In motorsports, I’ve primarily done drift events, so I would love to do basically anything else just to try it. When it comes down to it, almost anything that I haven’t done before, I want to do. I just picked up photography without school or training, so getting the opportunity to shoot at all is a dream for me.

– What else you like to do in life except pushing buttons on a camera?
I like to do other things that also involve pushing buttons! I play a lot of video games, mostly on Xbox One, but I also play Overwatch on PC obsessively. I want to try playing competitively, actually, so currently if I’m not out shooting, I’m at home shooting in a different sense. Besides video games and photography, I really like going to theme parks, singing, reading, and watching terrible television shows. 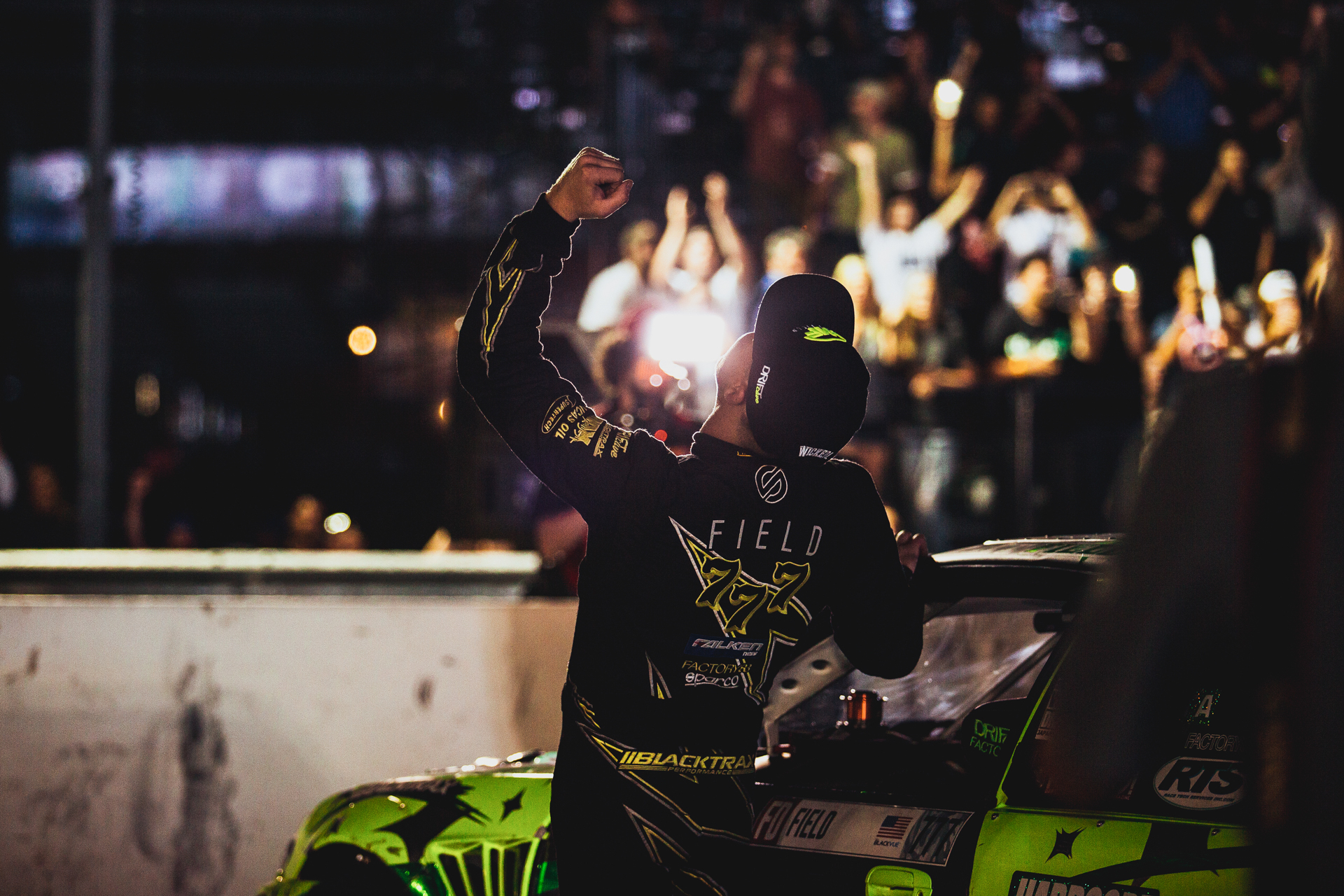 – I guess you also should stream and comment on your Overwatch matches – that’s a trending goldmine :) Step between gaming and competitive gaming, what do you think?
I actually started a Twitch account and have streamed a few times. I got busy and haven’t gotten back into it, but I need to!

– What was your highlight of 2016?
2016 was a tough year for me personally on several levels, so I think my favourite part about this year was when I went to Walt Disney World for a couple days alone. I’d traveled to Orlando for the Formula Drift round by myself and it was the first time I’d flown so far alone. After the event I spent a couple days in a huge and really nice room at Disney World and went to EPCOT and it was strangely fun. It sounds super lame to go to a theme park alone, but it was a really different experience. I didn’t have to worry about what anyone else wanted to do or if anyone else was hungry, I did everything on my own time! 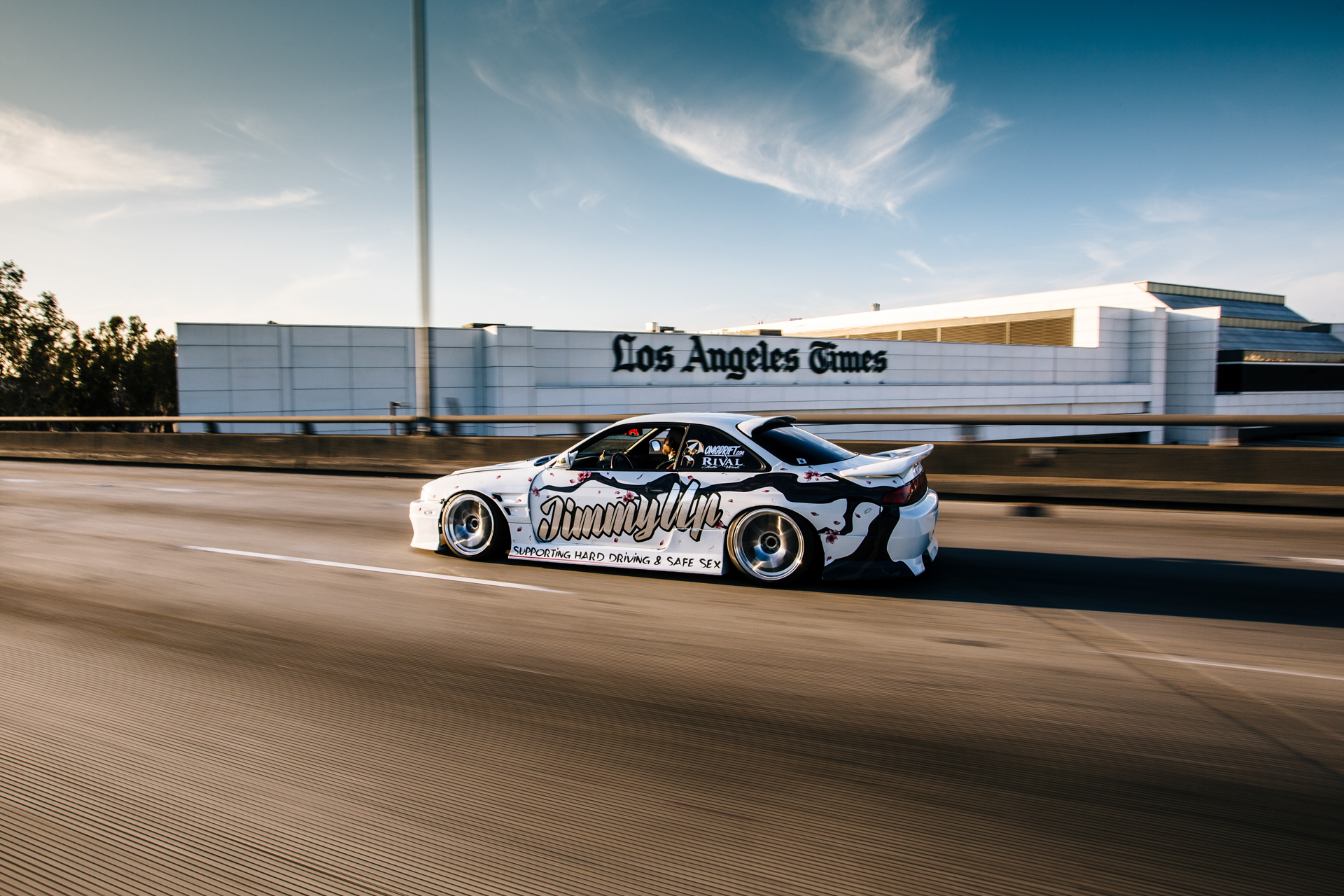 – Why do you wake up in the morning?
Literally? Because my cat is sitting on me crying in my face to be fed, ha ha. I think a lot of my reasons are simple ones, like that I have a cat that depends on me or that I have an agenda for the day that I need to get started on. I think life is exciting and unique and rare, and sometimes I don’t even know if I or anything else exists. But we do exist, at least in my mind, so it’s important to get up and experience life.