Larry Chen is one of the early contributors at Speedhunters. He is also an inspiration to many motorsport photographers in the World. I had the opportunity to talk with him. We discussed his project cars, photojournalism, Gatebil and shooting against the sun.

– Where are you from?
– I am from Los Angeles California

– JPG or RAW?
– I bet most of your readers wonder why anyone would shoot Jpeg over RAW. Well I understand that from the news photography side of things time is of the essence. While camera technology is very advanced, the infrastructure surrounding the delivery of photos and getting them to the wire is not so advanced yet. Can you believe that when I was shooting for the news agency all the files were limited to less than 1mb? Even now I still submit news photos and they are limited to 2mb each file! With that said I shoot RAW only for everything now. 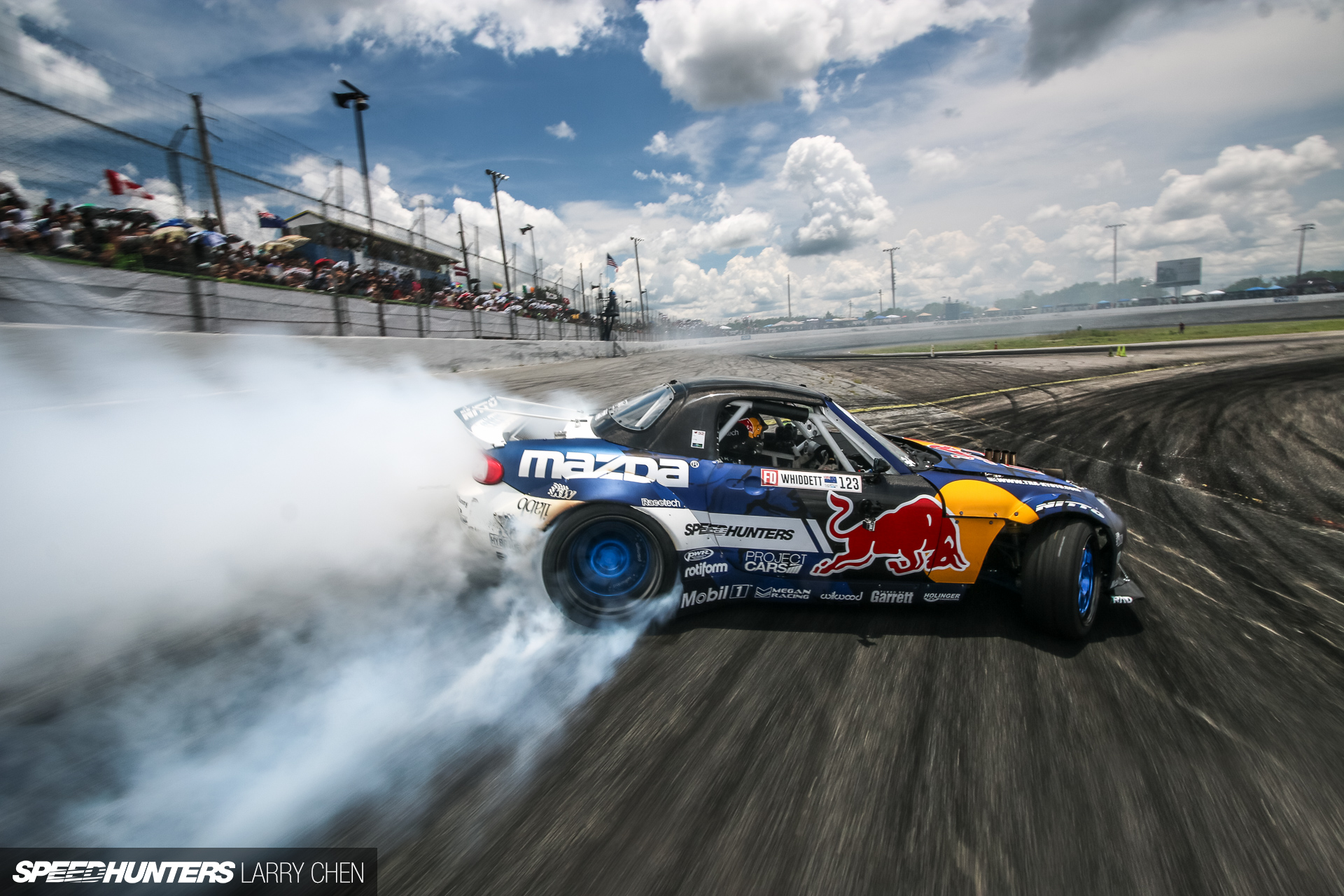 – What are you working on at the moment?
– I am working on King of the Hammers photos and also a few other secret projects at the moment. I am also scanning a few rolls of film that I shot recently.

– You mentioned before that you were a paparazzi photographer in the past, what’s your highlight in that field?
– I had a chance to work with one of the biggest news agency’s in the world and to this day I am still a Corbis (Getty Images) contributor. I had a chance to learn how to shoot as a team to get the story telling photos we needed. Plus the celebrities needed the exposure at the same time. Within ear shot, I would always ask for permission before shooting.

– To be honest, I started preparing questions for this interview way back in July 2015 when I was at Gatebil, but thought that I will wait and contact you further in to the project. So, Gatebil, are you planning to come back there at some point? I know it’s one of the events you enjoy very much.
– Gatebil is such an amazing event. I love everything about it, but it’s just a time issue with me. For the past few years there has always been some sort of conflict with the July event, as well as the Ice event. Soon enough I will make my way out to Gatebil again. 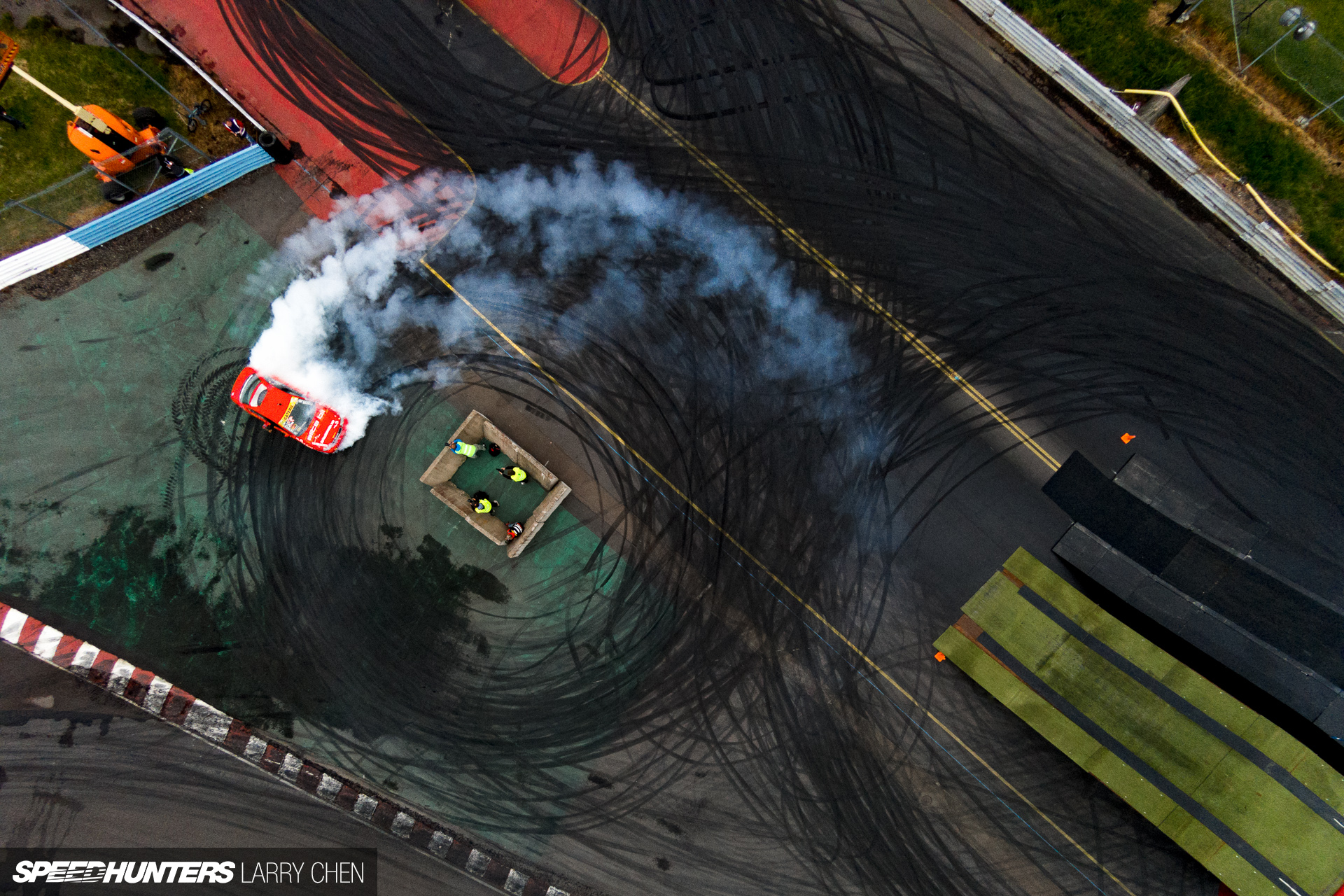 – Is there an event that you’re craving to report on, but never had a chance?
– I’ve never been able to shoot the 24hrs of LeMans. Every single year there has been a conflict. I guess the moral of the story is that I need a clone so I can be at two places at once. I guess it’s a good thing to be so busy.

– How would you describe yourself?
– I don’t consider myself any more talented than all the car photographers out there. I just work really hard and I put in as many hours as possible. 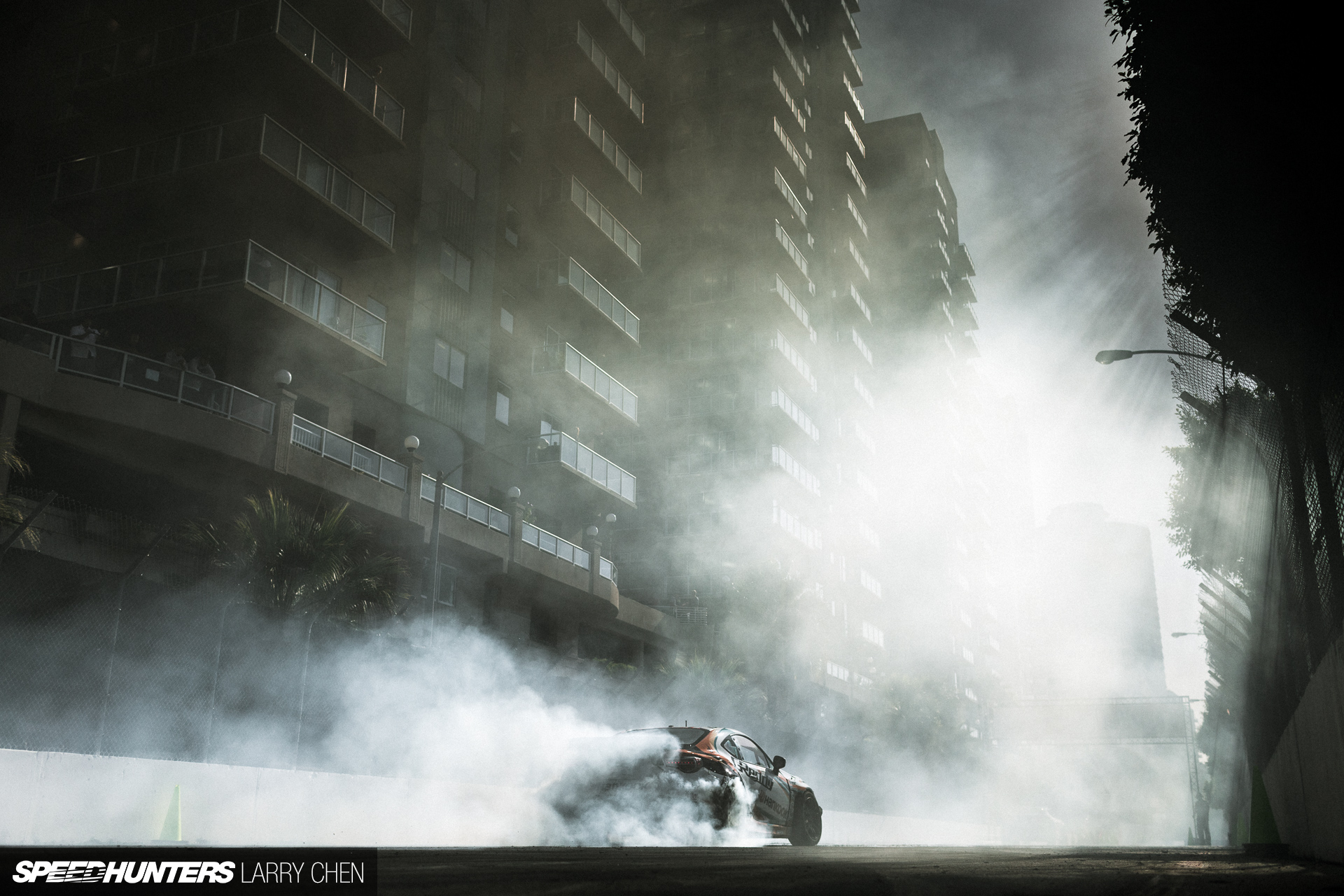 – What inspires you?
– AP, Reuters and wire photographers. The White House photographers over the past few decades. The guys that willingly go into combat armed with just a camera to tell a story. Not that war is glamorous or anything, but I admire their dedication to the craft of telling a story through photos. David Burnett is a big inspiration of mine. He covered the Vietnam war and he produced some of the most iconic new photographs of that era, ever. I am so lucky to be able to shoot next to him and he has given me feedback on my work. Of course Steve McCurry is also a big influence, because of his excellent understanding of natural light photography. Because of these guys I still shoot film to this day. It allows me to tell the story through a medium that does not allow you to “preview” which really forces you to get it right in the first place.

In a way try my absolute best to take my car photography and racing journalism to that level of seriousness. While I am not photographing world changing events, I am documenting this type of activity for generations to come. It’s very important to me to portray it in a good light.

While I know it’s not the same thing, I had the chance to work for two years as a full time news and paparazzi photographer in Los Angeles. So I fully understand what these guys have to deal with to obtain that story telling photo, but also produce nice looking images.

This is the blog that I read the most: http://blogs.reuters.com/photographers-blog/ 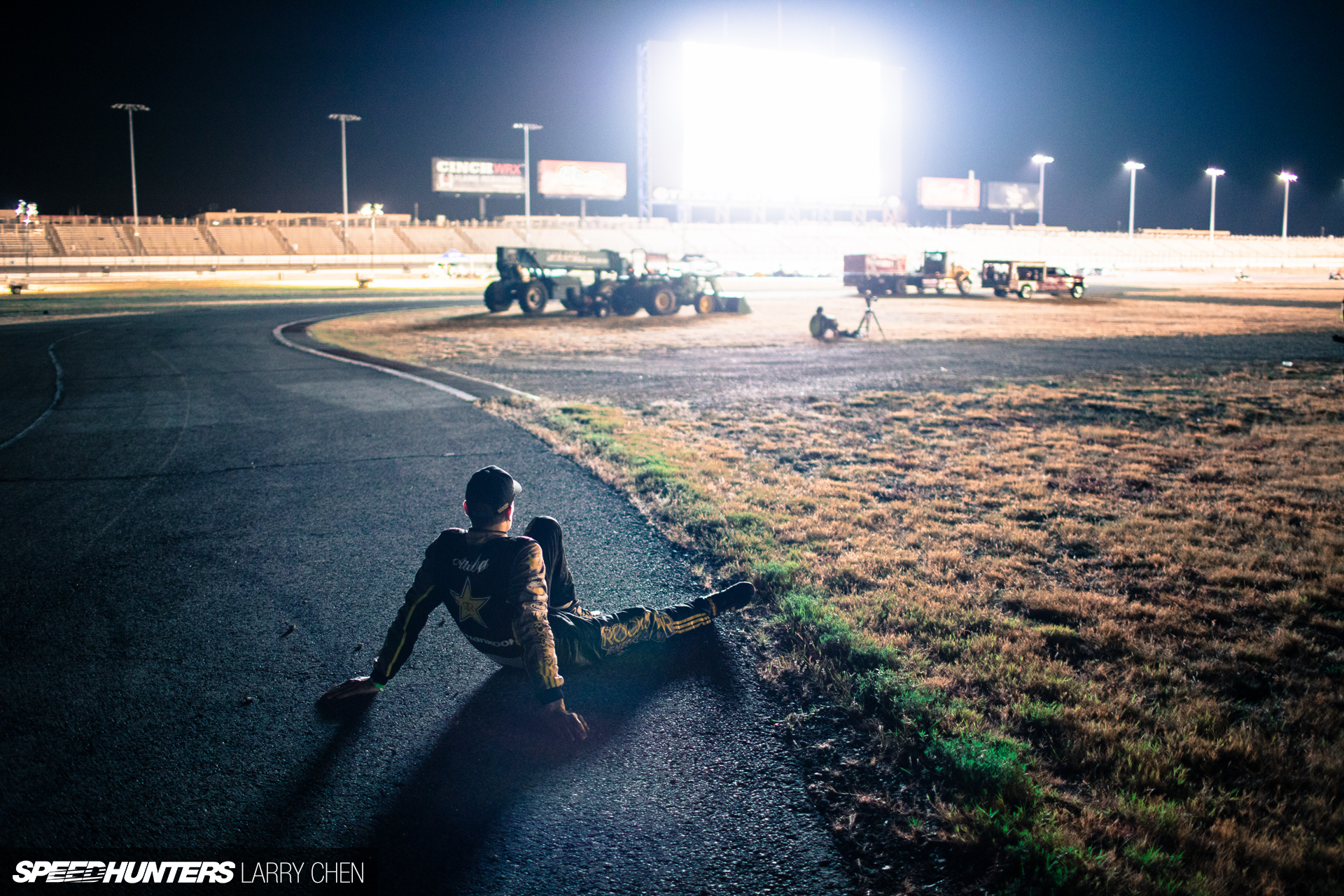 – I am myself a big fan of Magnum Photos and Photojournalism in general. You know, it sounds obvious that Motorsport Photography should be treated the same way, but I hear (and see) that so few people do so. Most of the accredited press at an event shoot cars as portraits without telling a story, why do you think it’s like that? Lack of taste and education?
– I think that all photographers are just in differnt stages in their career and experience. You and I were newbies at one point. Coming from a news photography background helps a bit also.

– What for you is the most enjoyable part of shooting cars?
– For me the love of cars came first. That is how I justify my hobby. I have three project cars at the moment. I just can’t get enough of cars. I love driving them, I love working on them and I love photographing them. 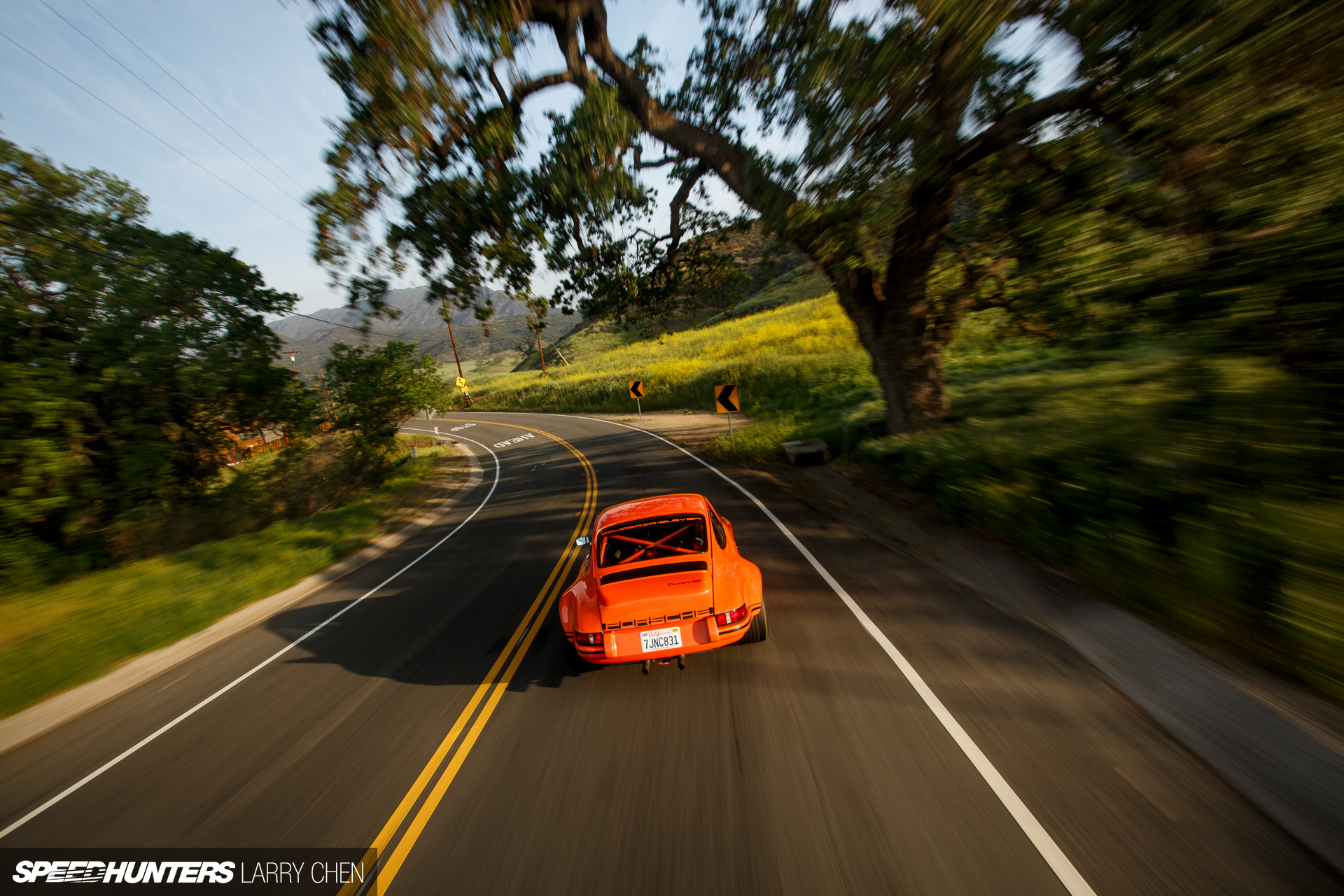 – You have a Z-Datsun, I think that you do have a 911, what is your 3rd project car? Or I’m remembering wrongly about the first two? What are the latest plans for them?
– I have a Datsun 240z which I’ve owned for 12 years. It’s pretty much a full track car at this point, but I am slowly doing more and more things to make it more streetable. The 911 is basicly my German muscle car. Straight line speed and good looks. While I intended it to be a street car only I’ve changed so much. Modifying cars are a way of life really. Before I knew it I got KW club sports, BBI exhaust and control arms, Cobb access port, HRE wheels and so much more. Now it’s making 500whp and it scares the shit out of me. My third project car is something I am very excited about, I got my first Off-road vehicle, a six speed manual Toyota FJ Cruiser. I have been following more and more off-road racing, but in order to do it properly I need a very capable vehicle myself. That is why I bit the bullet and invested in the FJ.

– So how do you do those cool against the sun pictures?
– I pretty much use one of the flaws of DSLR sensors today to my advantage. These cameras just don’t have the dynamic range that film has. While it would be awesome to get perfectly exposed shots of the subject in the foreground and the sun in the background, It’s almost impossible with camera technology today. This is why I tend to underexpose these type of shots and I guess it’s become part of my signature look. 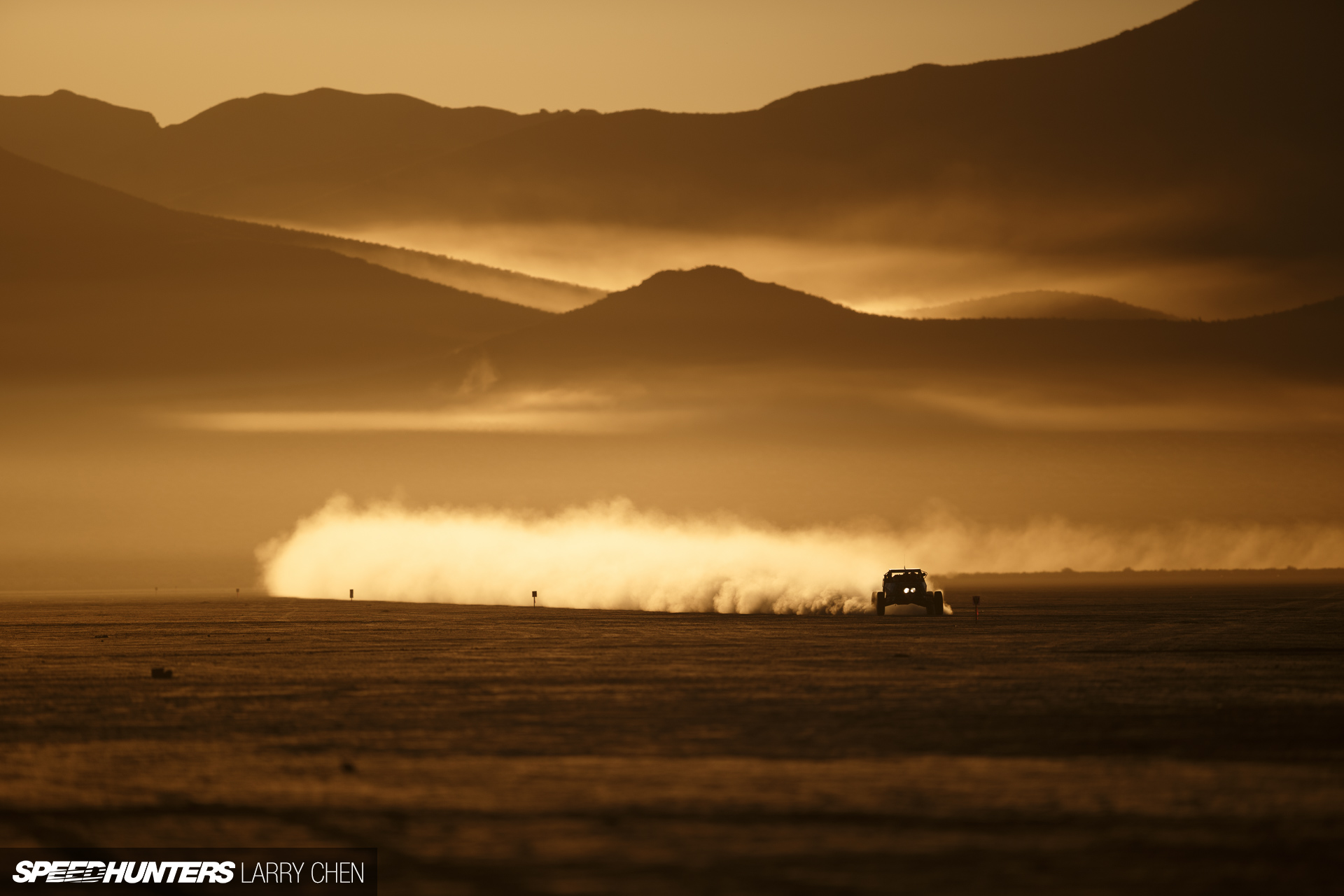 – What’s your relationship with Formula D?
– I am the Formula Drift official photographer and I am going on my 11th season following the series.

– How did you got on this roller coaster with Formula D in the first place? There weren’t Speedhunters back then
– As I mentioned earlier, cars and motorsports were my passion. I was shooting for a few websites back then and I figured I would try to shoot some professional drifting. I was following D1GP as well as FD, and of course D1 disappeared after 2009 and Formula Drift kept on going, so I stuck with it. I’ve made so many friends in the series, I pretty much call it home. 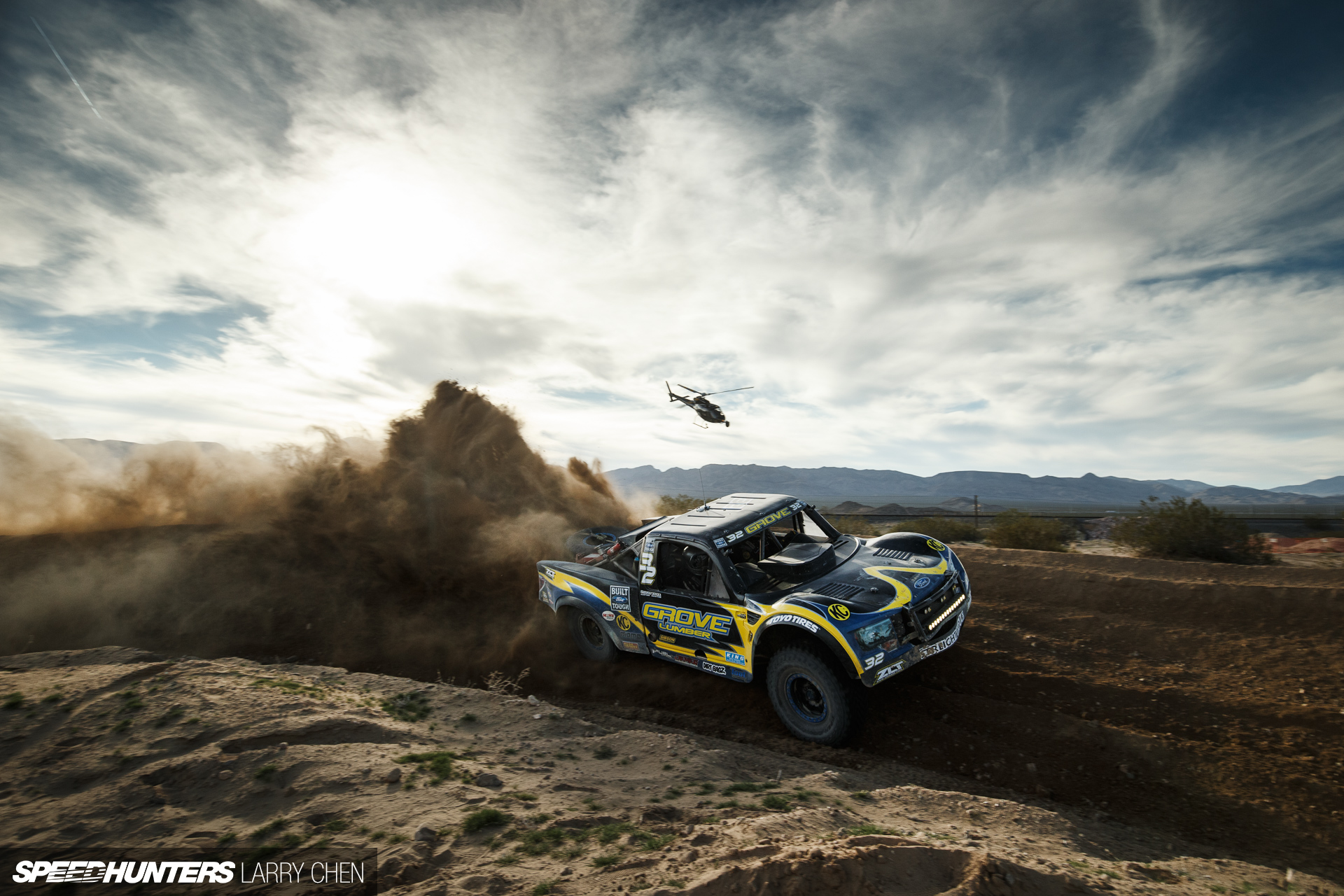 – What were you actually studying in school/collage/university? What job you had before photography?
– I never went to University. In fact I barely graduated high school. Before Photography I was really into computer games, which in turn gave me quite a bit of knowledge surrounding computers. So right out of High School I sold and fixed computers out of my parents house. I had a few other business ventures as well and of course they did not really pan out. During that time I never stopped shooting, and of course it snowballed to what it is today.

– So you come to FD events for at least 11 times now, you plan what shots you would like to take or you go with the flow?
– You would think it’s hard to keep doing new things, but even after going to the same tracks for so many years, there really is an unlimited amount of angles and shots that you can produce. The cars are different, the people are different. The light changes, and the tracks change. It’s endless. 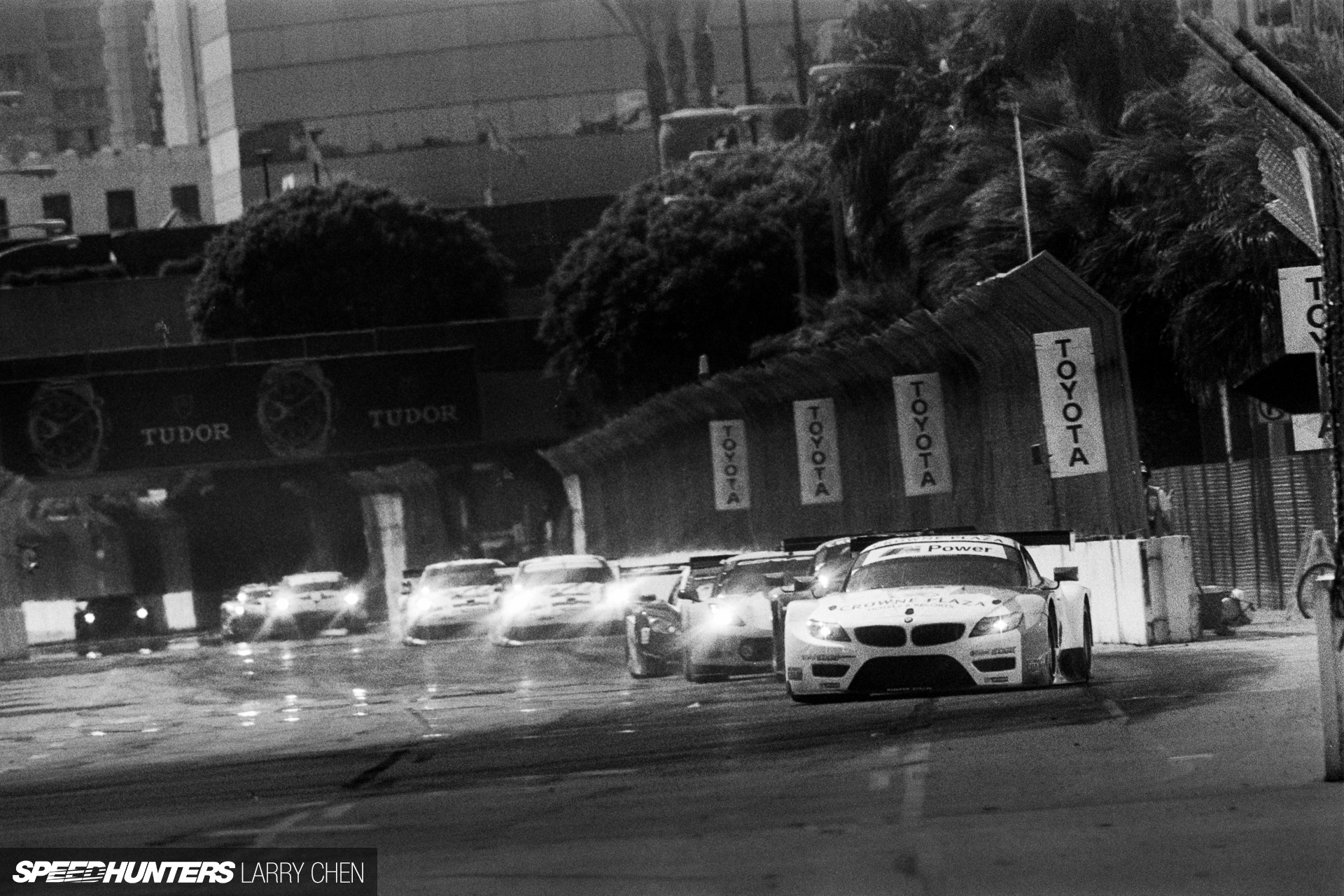 – Jarod DeAnda in an interview mentioned that when you just met, you didn’t like each other that much, but later it changed. Care to comment what was the problem at first?
– It’s funny because this is a story that we like to tell people all the time. I am not the only one with these same sort of feelings at first. Once you get to know Jarod, It’s hard not to like him. Now we are the best of friends. It’s crazy because I see the dude more than anyone, because we are often on the same jobs.

– How do you see Speedhunters evolving in next few years?
– It’s kinda crazy how much Speedhunters has changed the car culture world. I am so lucky to be a part of it, and I am ever so grateful that they let us push car photography and journalism to places it’s never been before. There are some exciting things coming down the pipeline, and that is all I can say at this point. 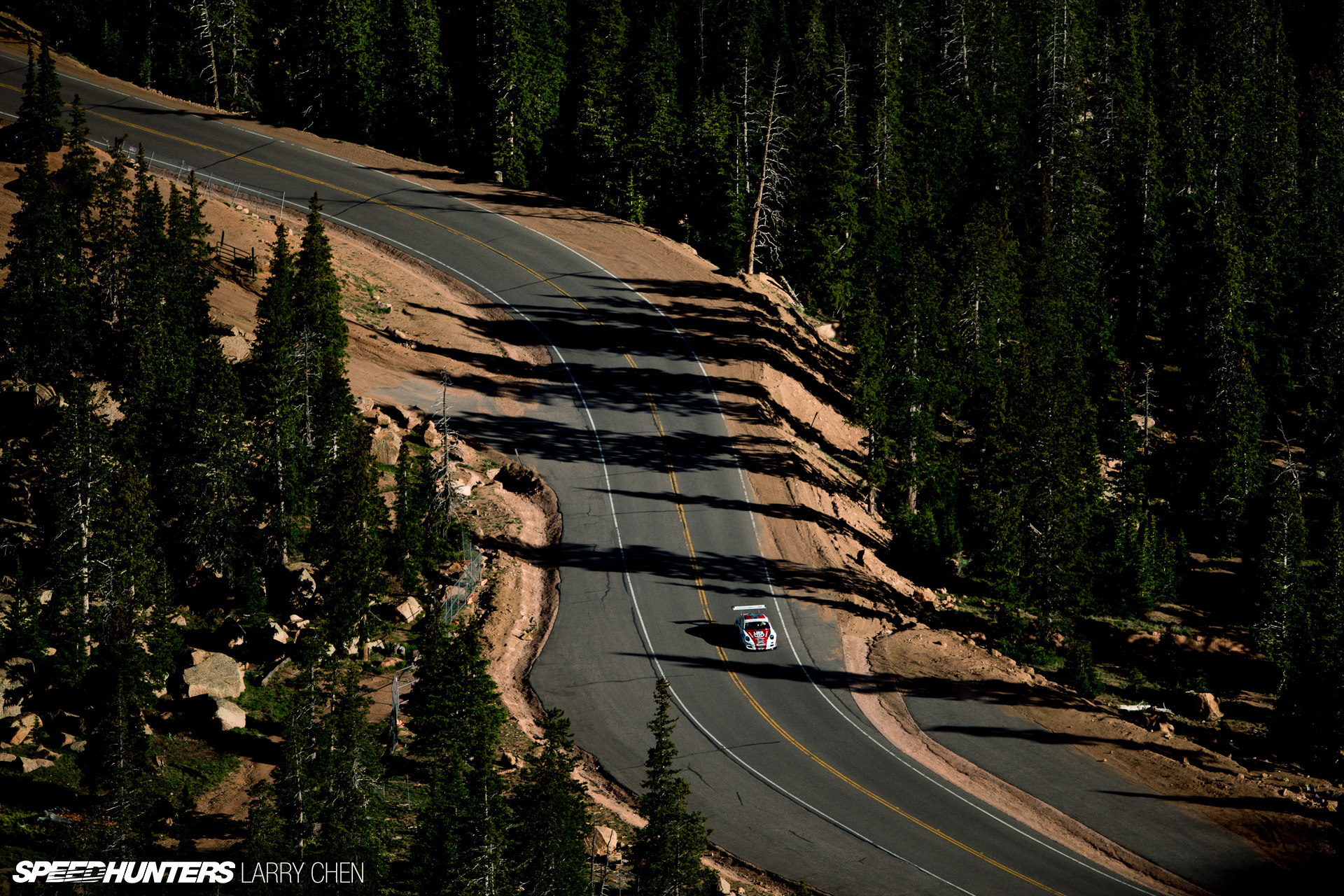 – Why do you wake up in the morning?
– I wake up to continue my legacy. When I am long gone, I hope my photos live on for a very long time.