Exactly one year ago I arrived to Hockenheim for the first time. As it usually is with racetracks — Hockenheimring is situated in a small town where you hardly see buildings more than two storeys high. Track facilities are the largest constructions in the area. 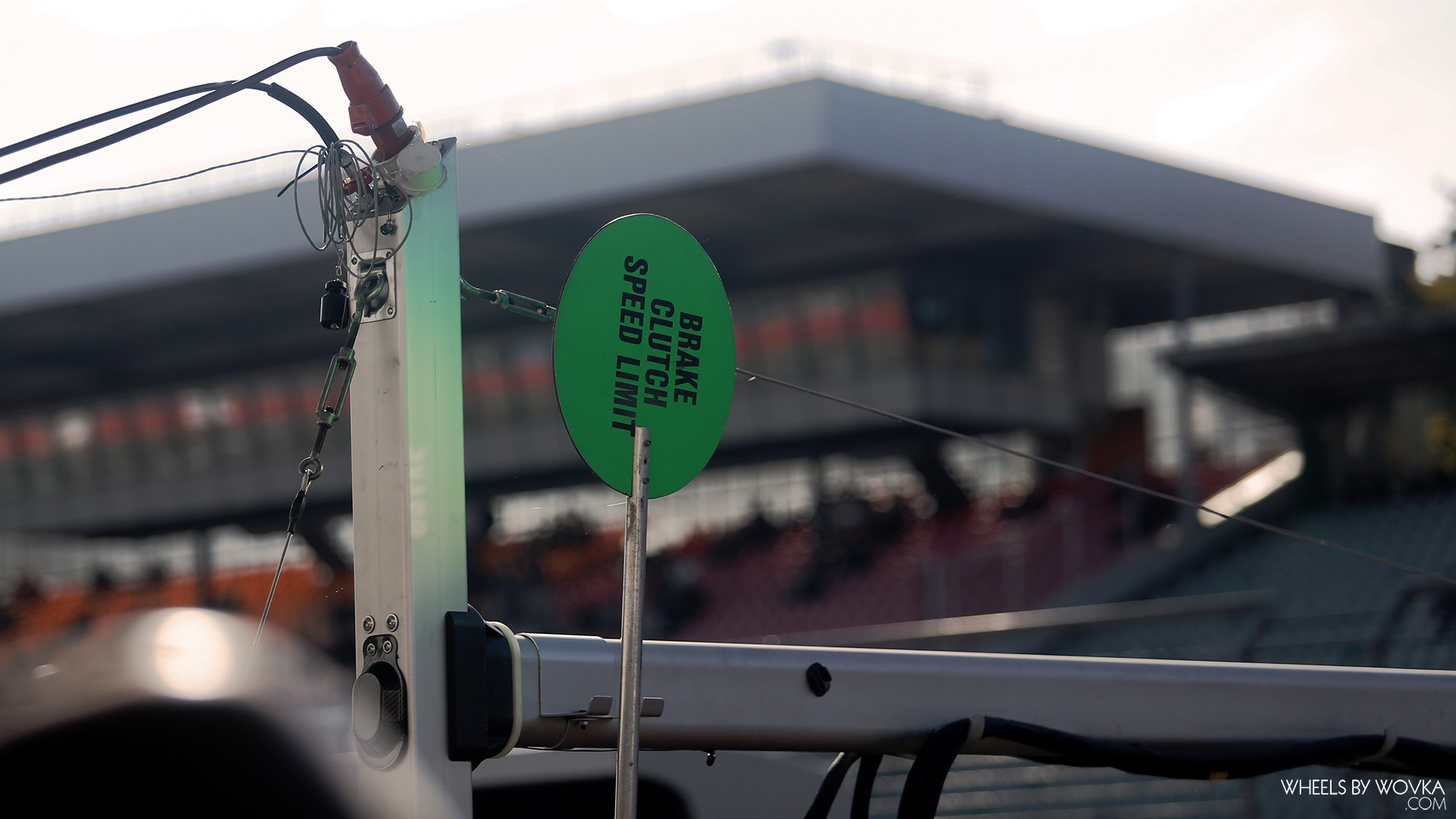 I lived in a nearby city Manheim and travelled by train to Hockenheim. As soon as I arrived to the train station, loud and vicious engine noises were coming from the track and were heard everywhere dispite that the track was 2.5km away. 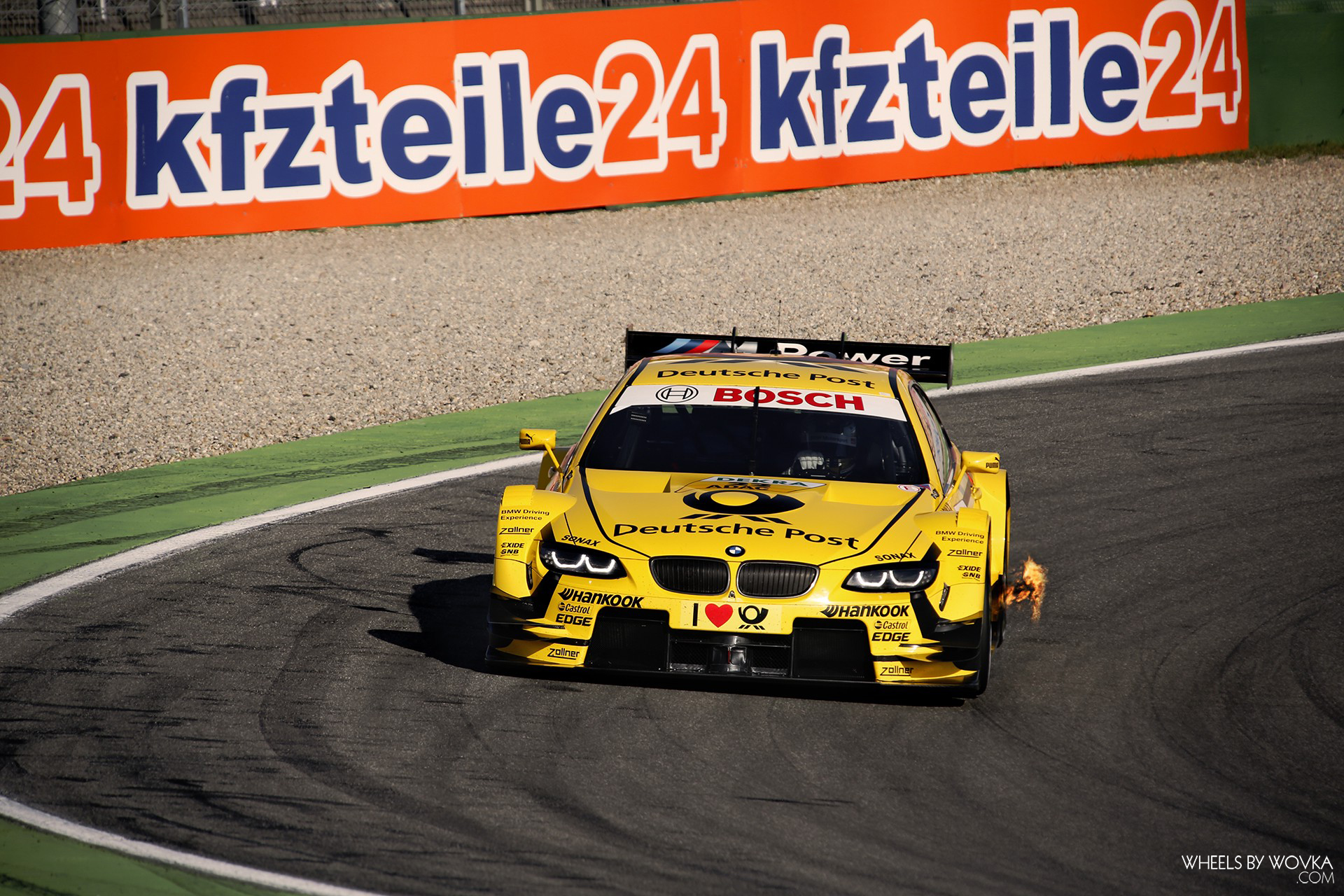 DTM practice was on. Session was already ending, but I wasn’t worried, I knew that they will have qualifications later in the day, so I didn’t miss much. I went to the media office, got everything that was needed to enter the facility as accredited photographer and went to get familiar with the circuit. FIA F3 race was on at that time. 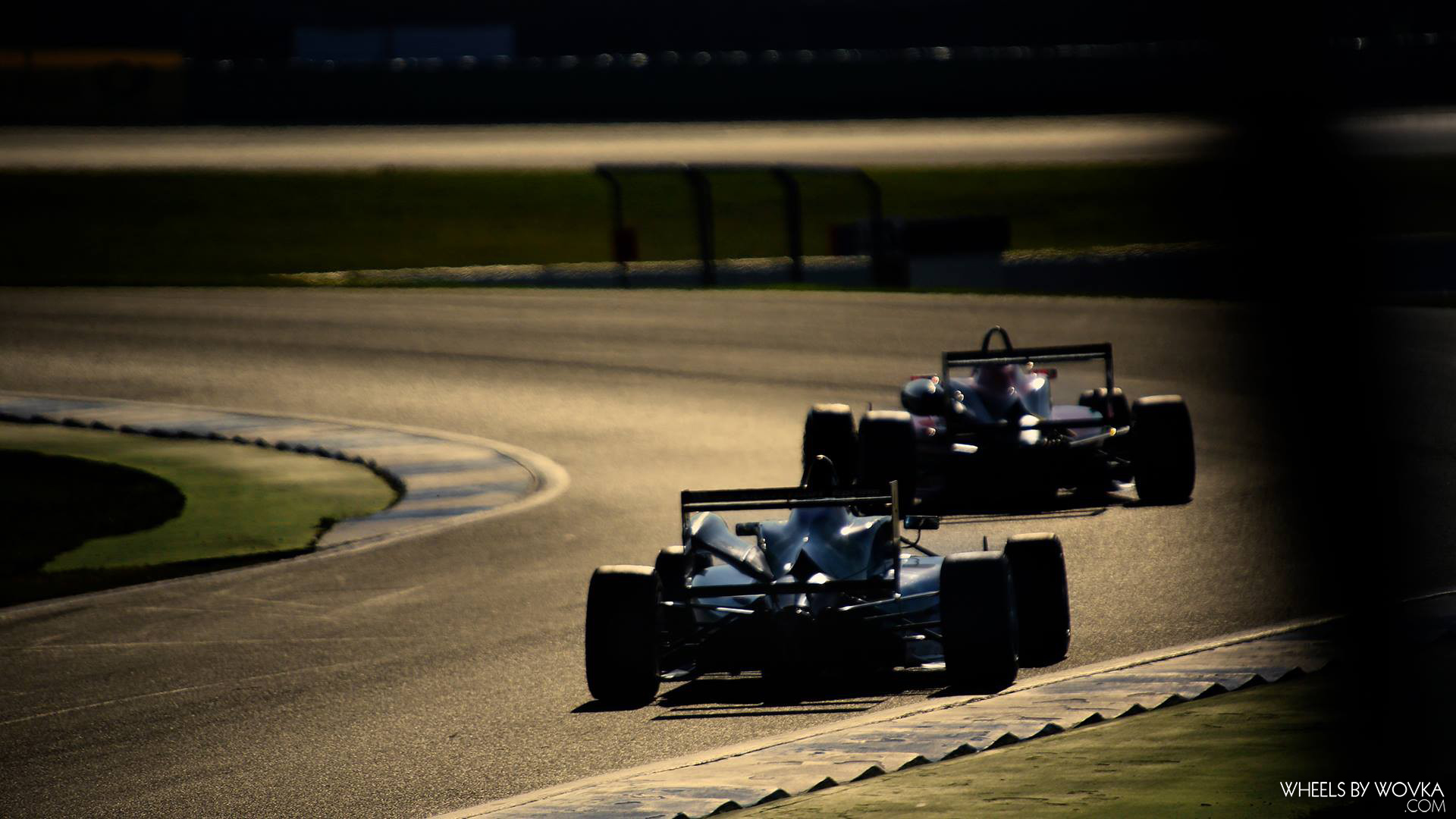 Day was very hot for October, also bright and sunny. I knew that race day was supposed to be rainy, so I was lucky to catch different conditions on a single trip. Saturday’s F3 session switched to Carrera Cup now. 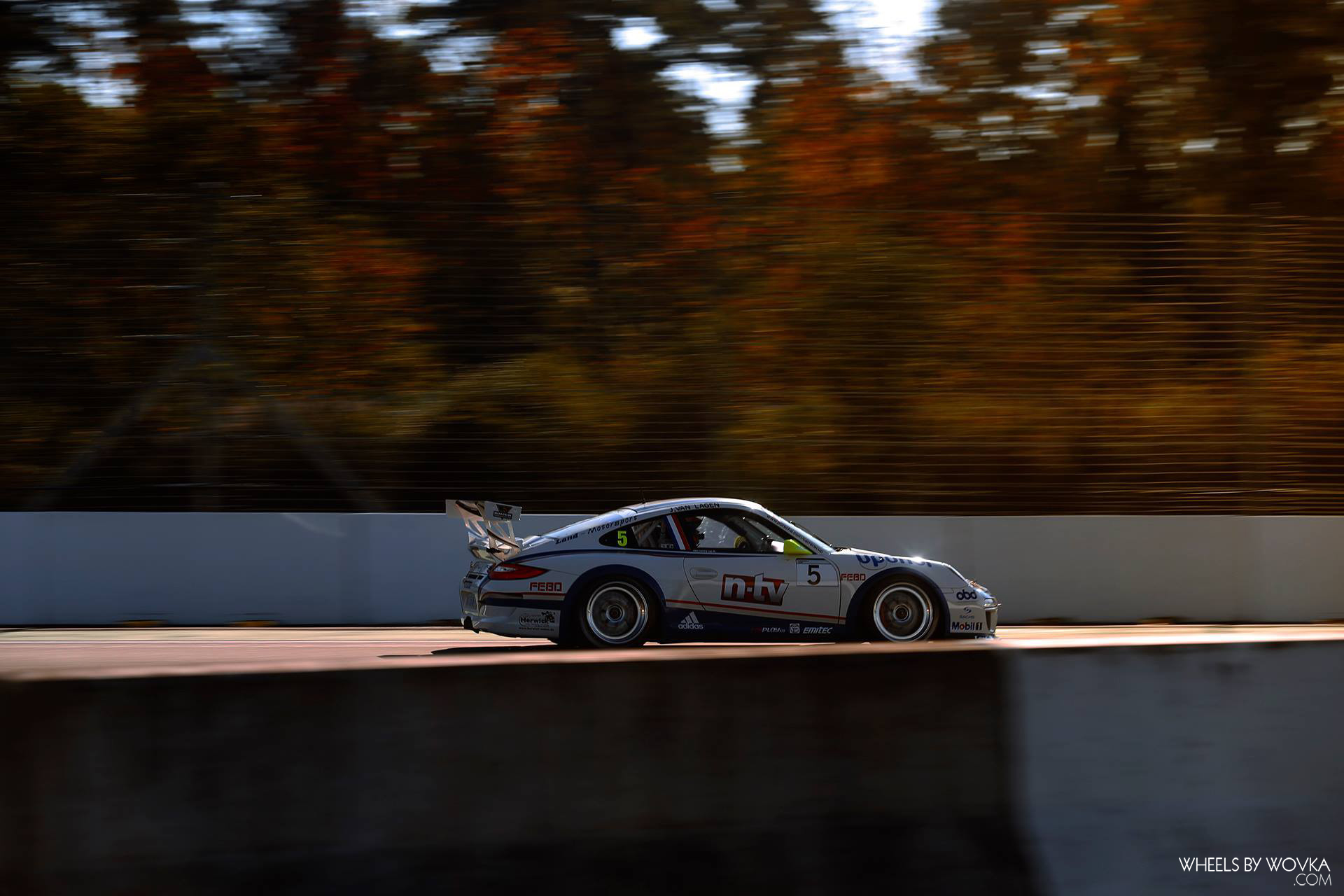 At this time I made a whole circle around the track more or less knowing every corner of it. VW Scirocco Cup was revving engines at this time where Felix Baumgartner also took part — just earlier that year he got famous by achieving the Red Bull stratospheric jump. Another thing that I noticed during their session — how wide the track actually is! 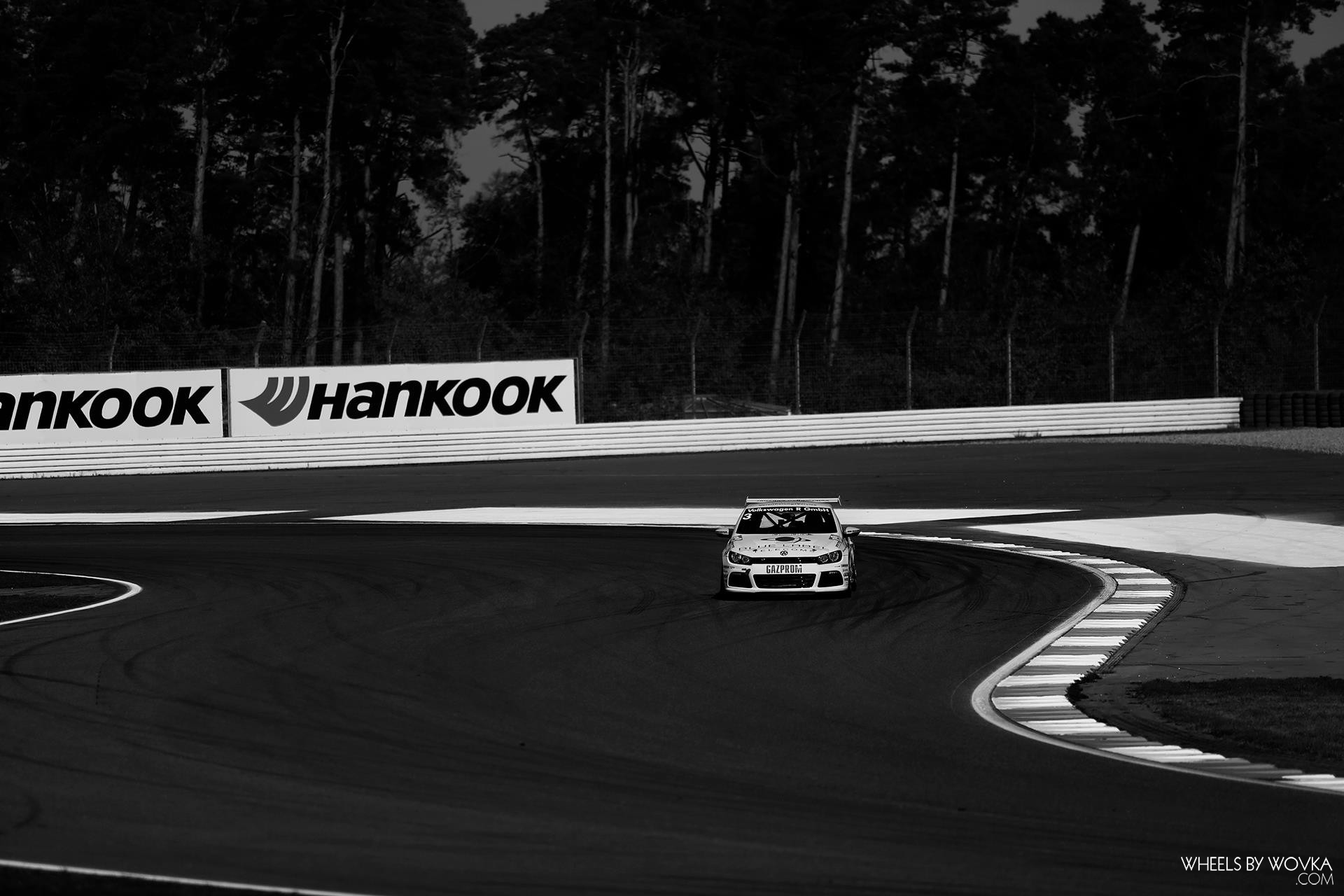 After a small pause and celebrity drives with motorsport stars like Lewis Hamilton and Bernd Schneider the qualifying was in action. 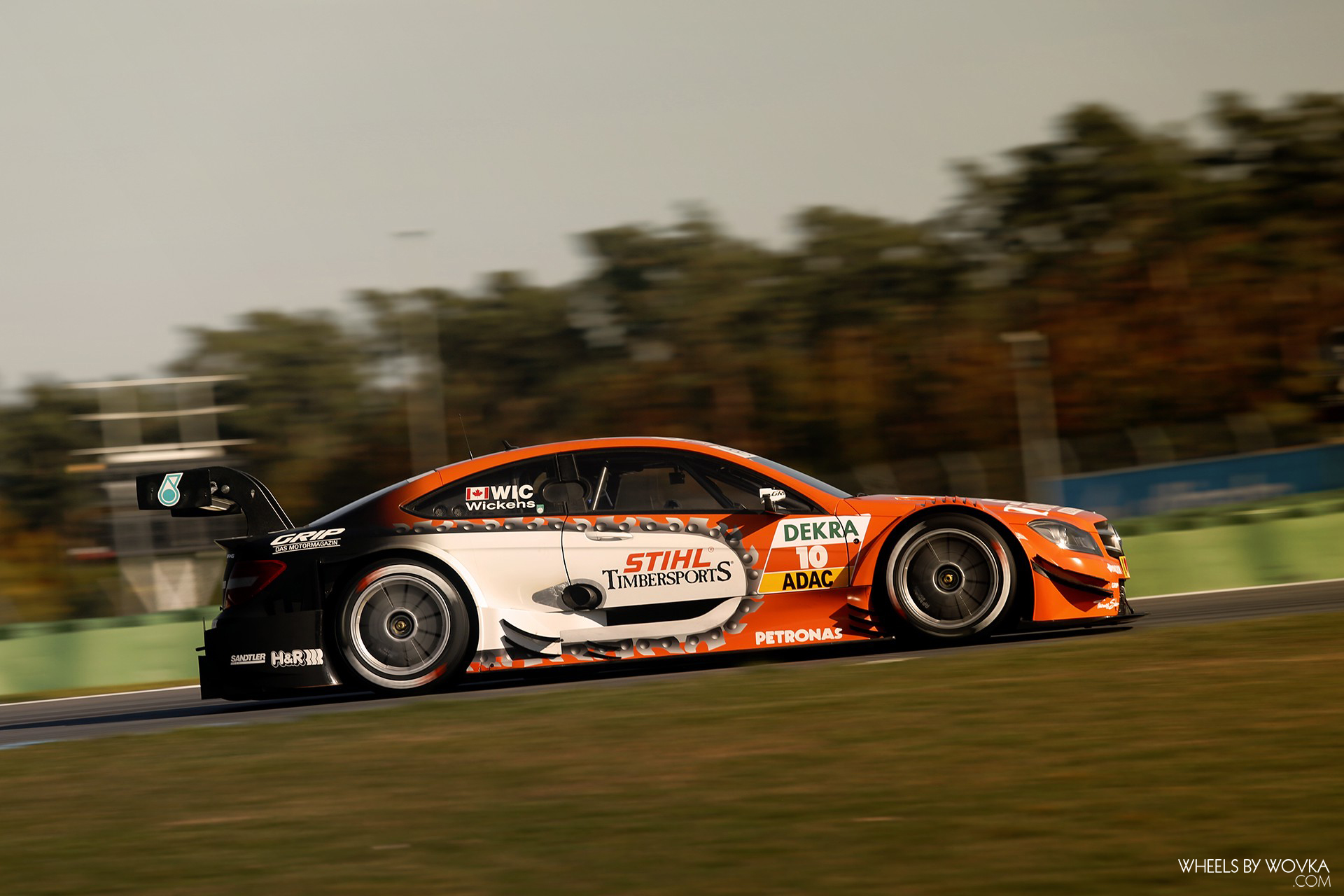 Great thing about circuit racing is that there’re plenty things happening on track, you can basically photograph every second (I brought 4000 pictures back home from this event) and if you missed the composition or blurred the picture on one lap, on the next lap you’ll have another opportunity. 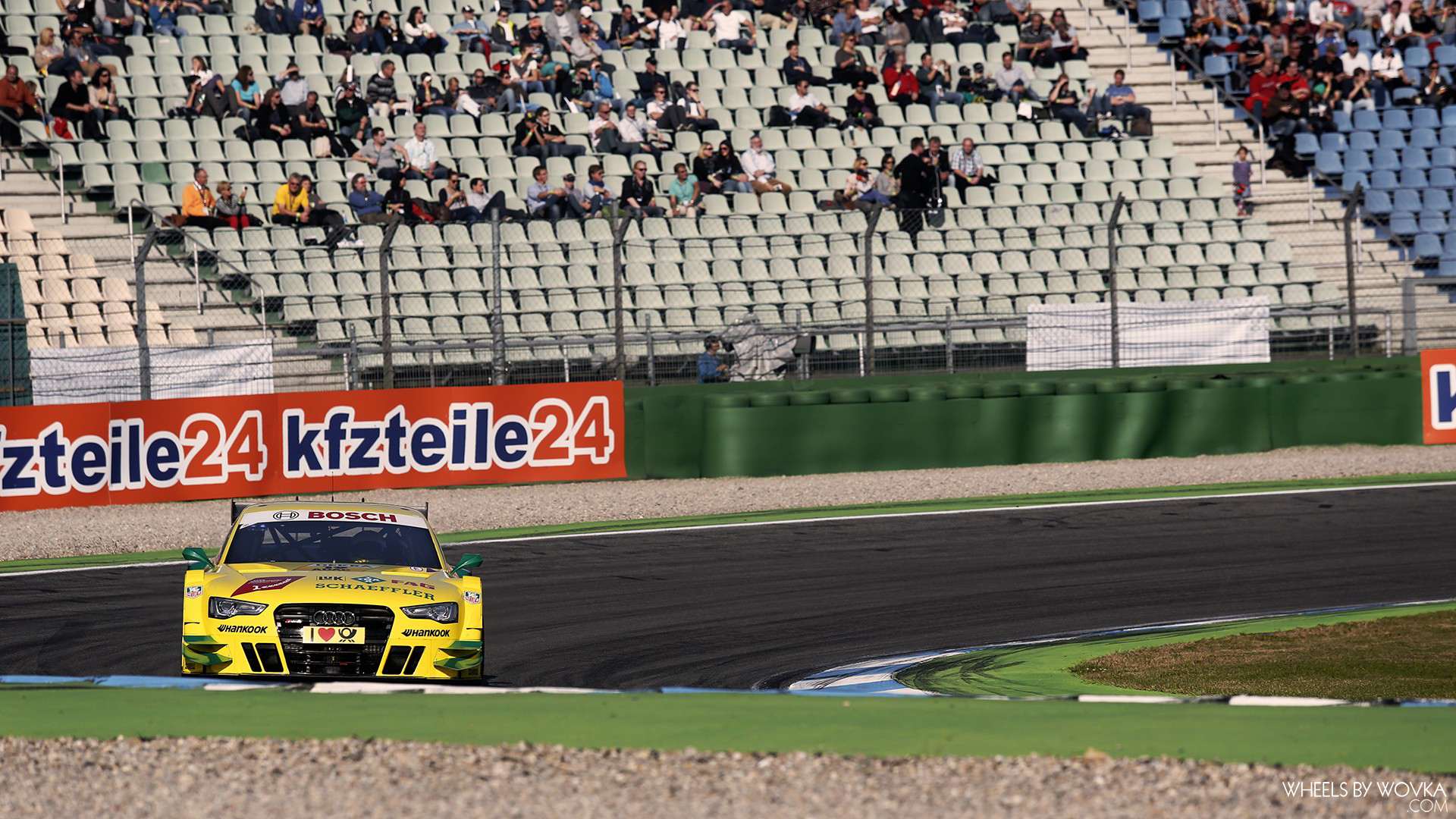 Mercedes and Audi didn’t do quite well in the qualification, so the last session was all about which BMW with get on the pole. 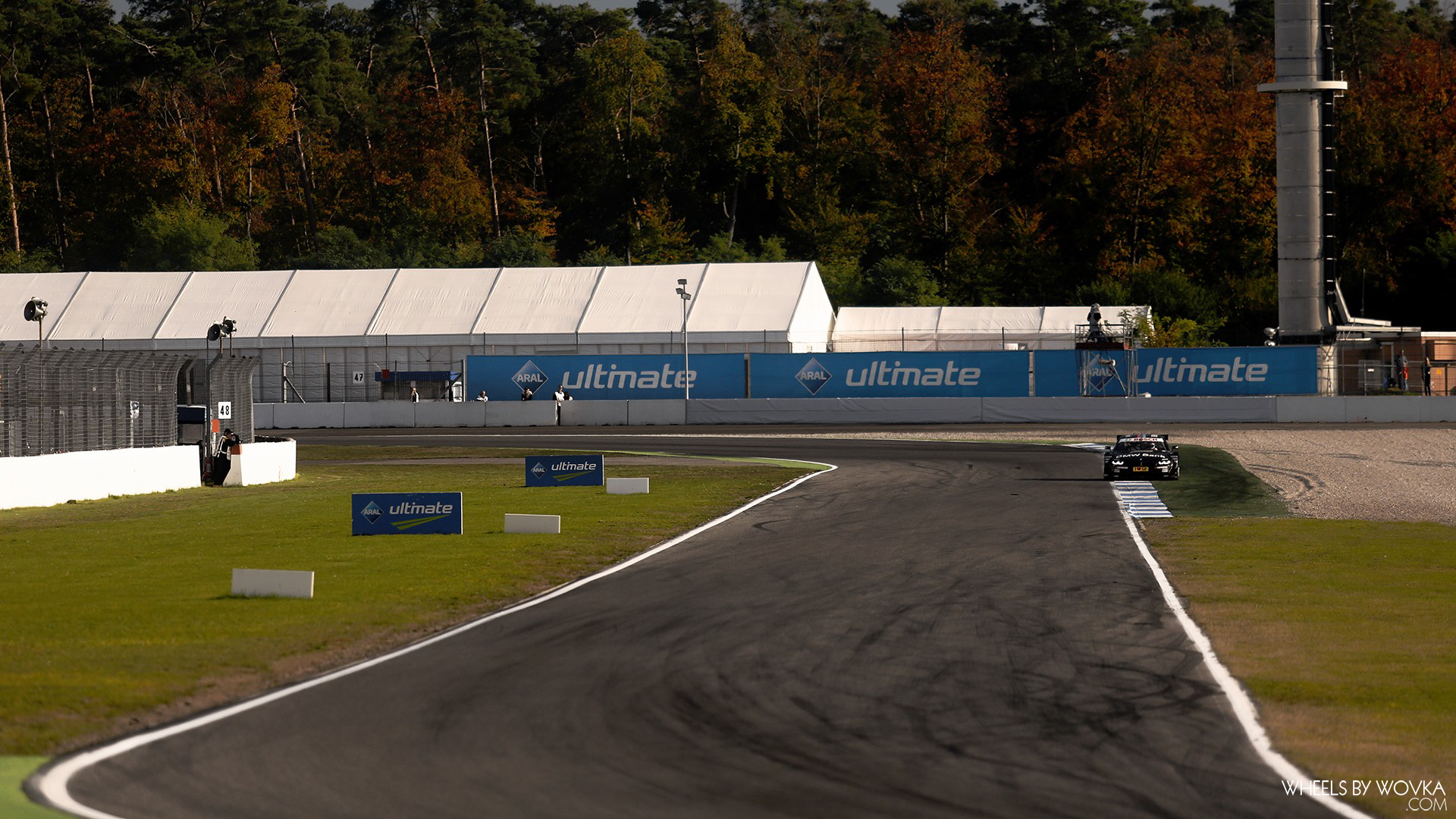 It was Bruno Spengler. 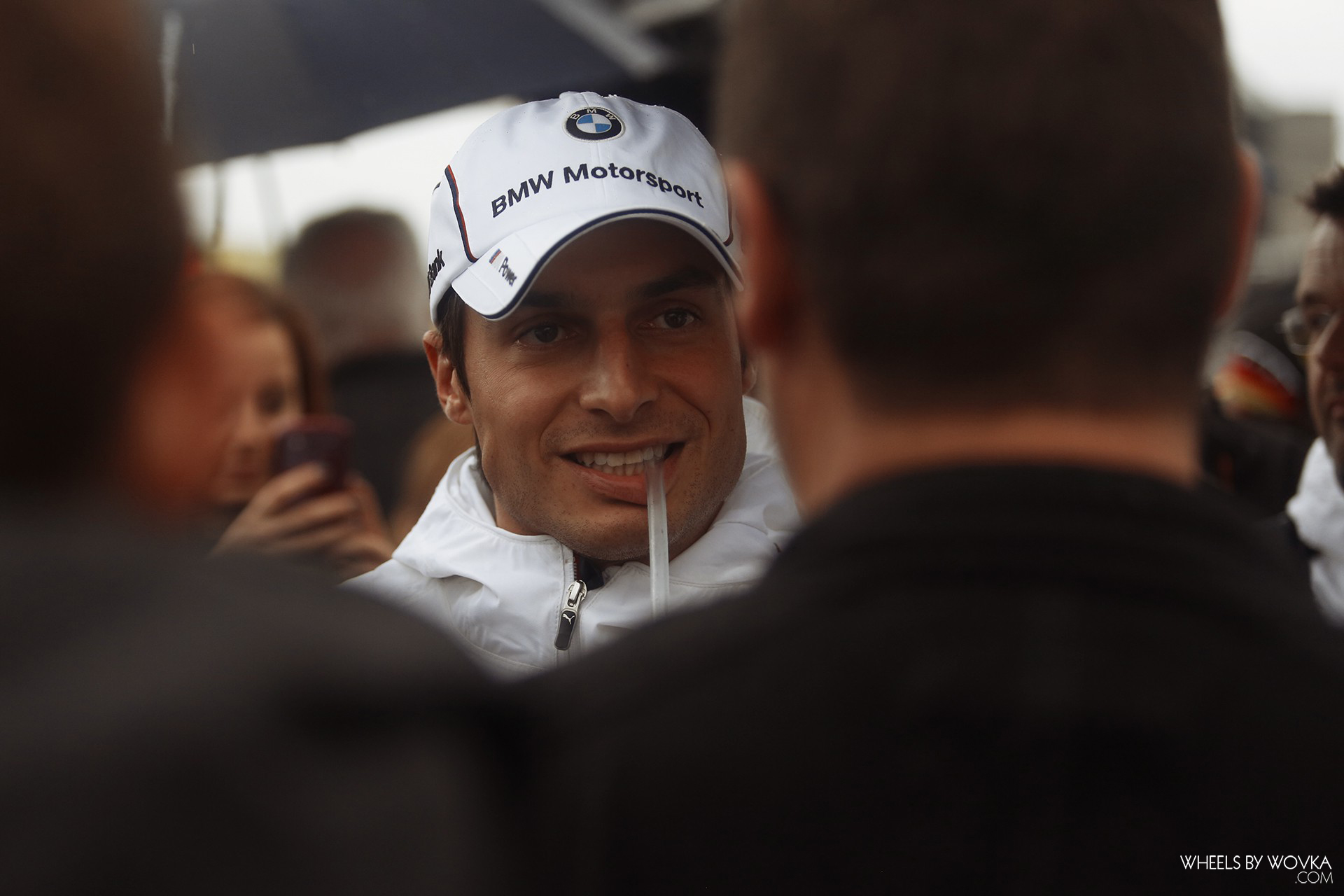 Next day as predicted started with heavy rain. Only hope was on the weather crew who promised that rain will end at 14:00 — DTM race start. I arrived early to catch the final Formula 3 race that was under poring rain. 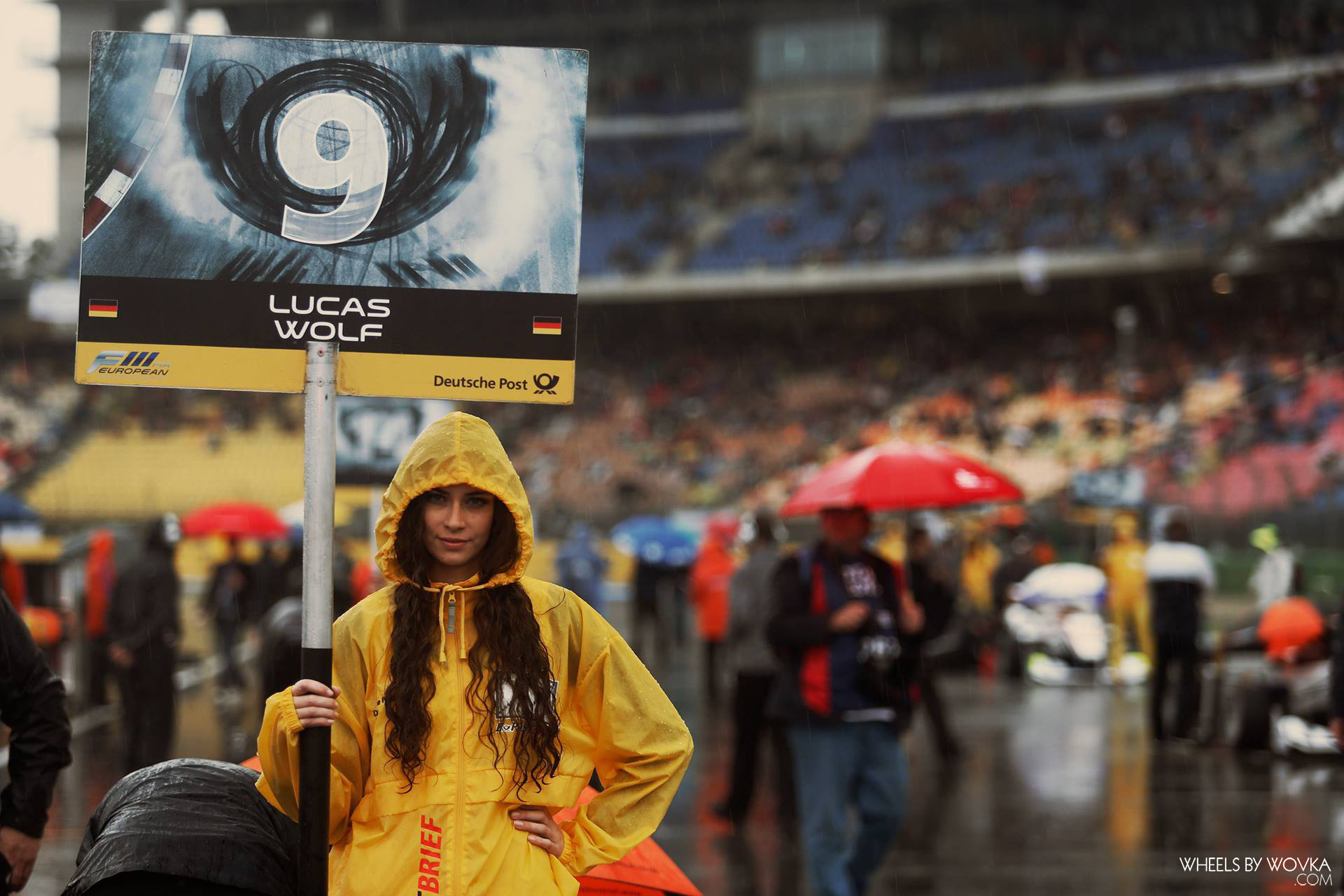 Actually team manager of the pole bolide said to me: “I hope my machine will last in these conditions”. Minutes later I was approach by one woman photorapher who said something in German, I asked “What?” and she replied “Shit weather!”. Race started. 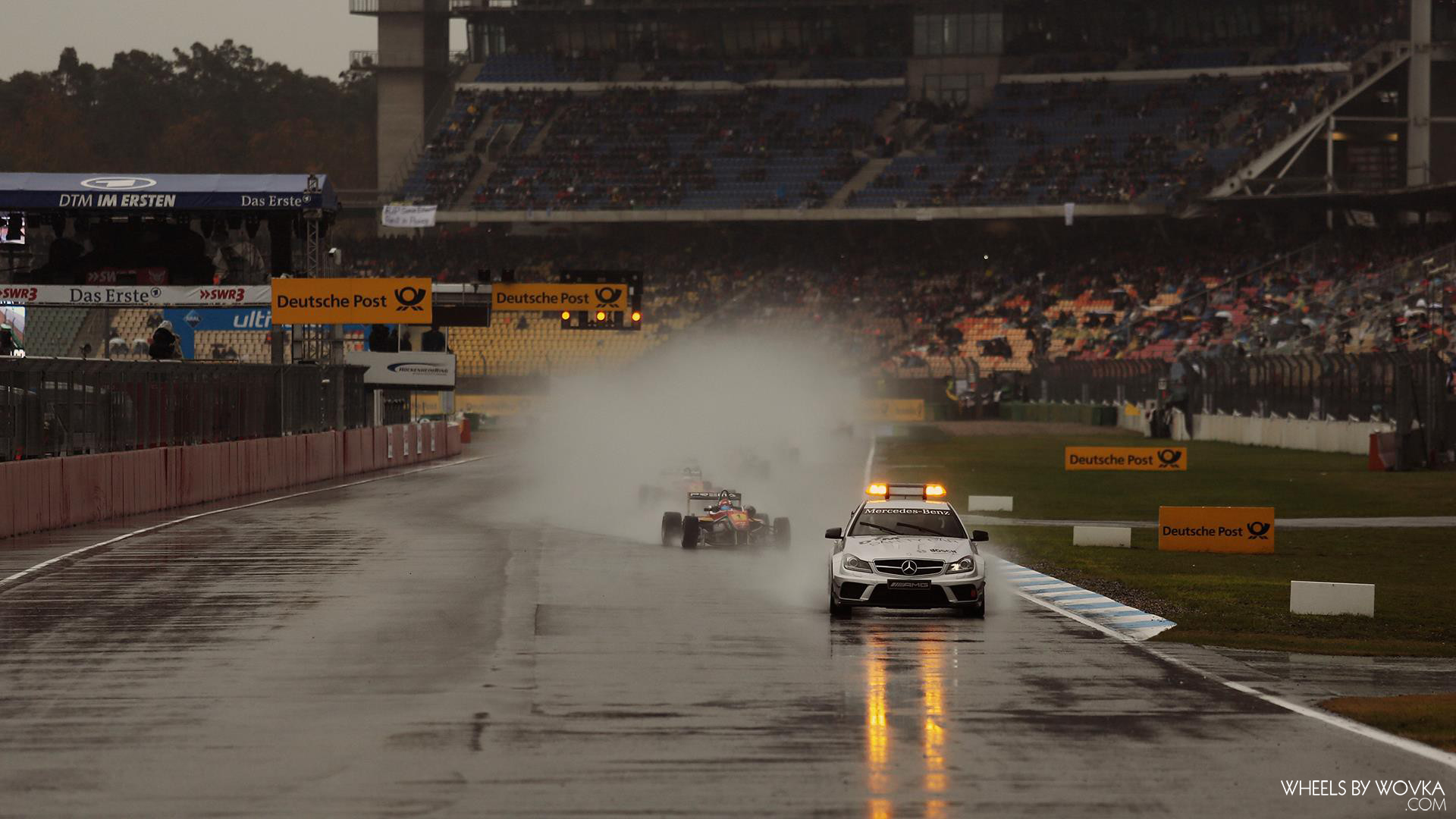 Time was getting closer to the main race — DTM Final race, season finale. Crowds were getting excited, crews were getting nervous. 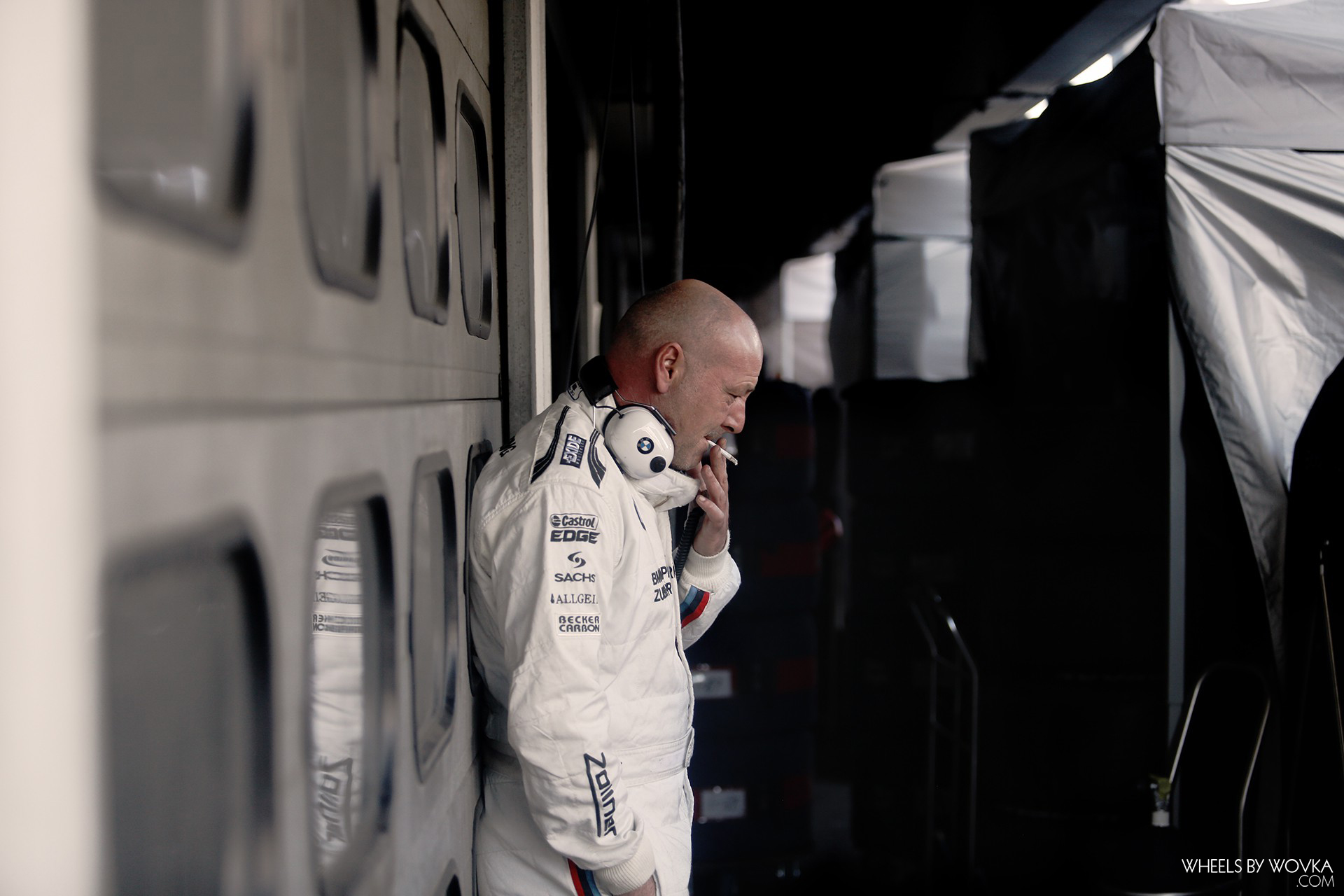 Cars were pulled out on the grid, teams were doing last preparations, media machine was turned on full: live broadcast, interviews, insights, etc. 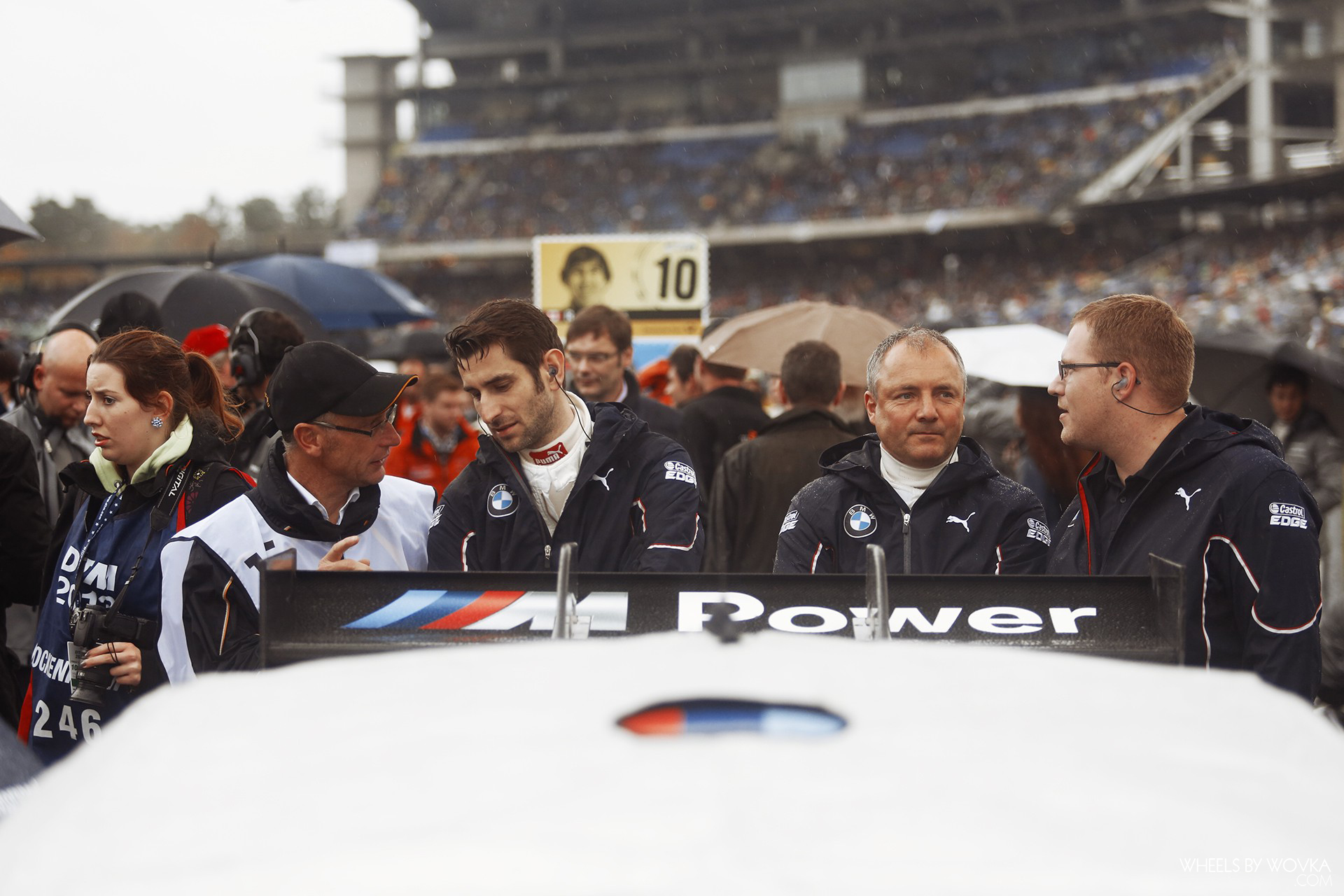 Timo Glock, here he yet didn’t know that he will win his first DTM race that day. 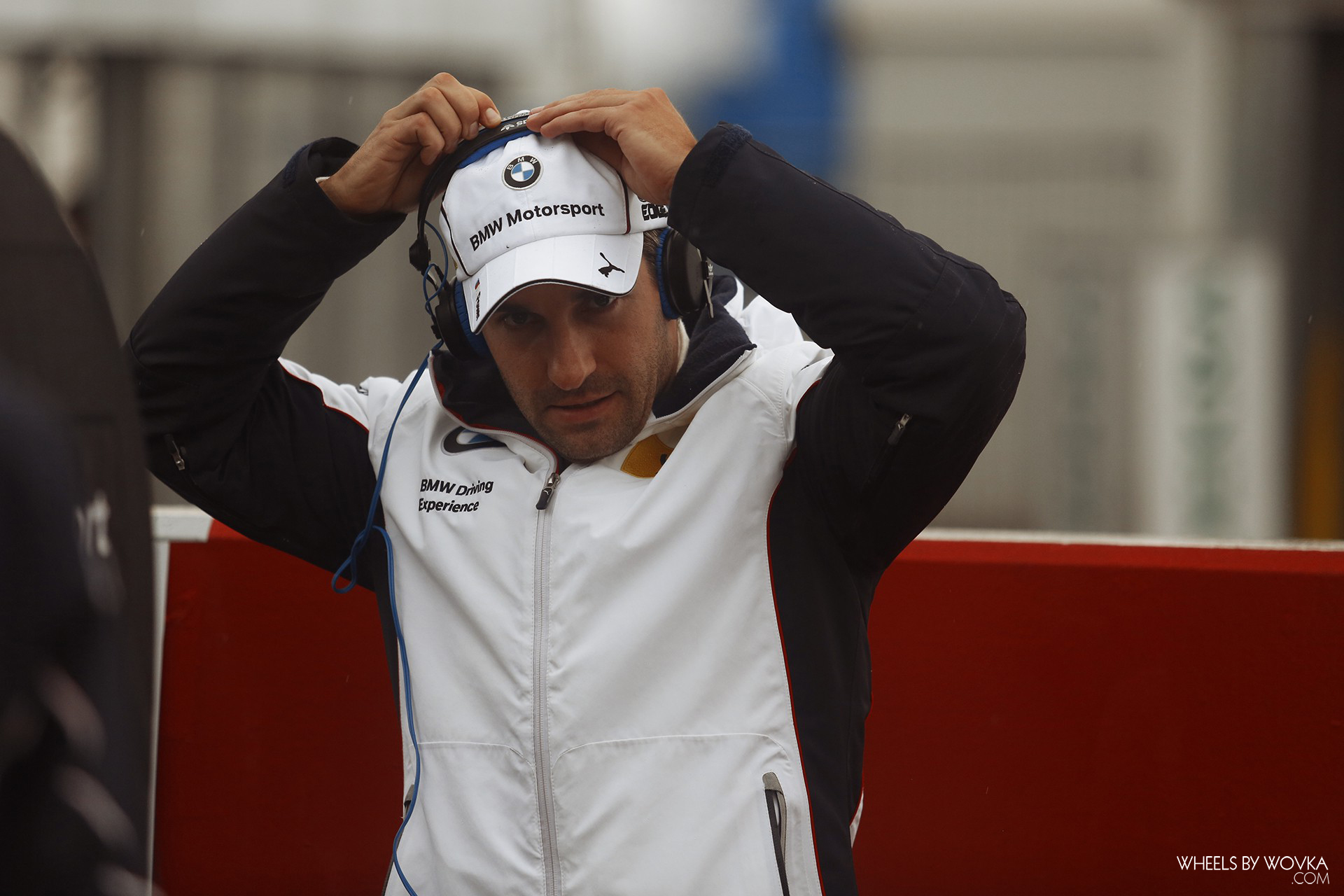 Mattias Ekstrem, my personal DTM’s favourite driver will also get a surprise soon: finished as a leading Audi on 4th. 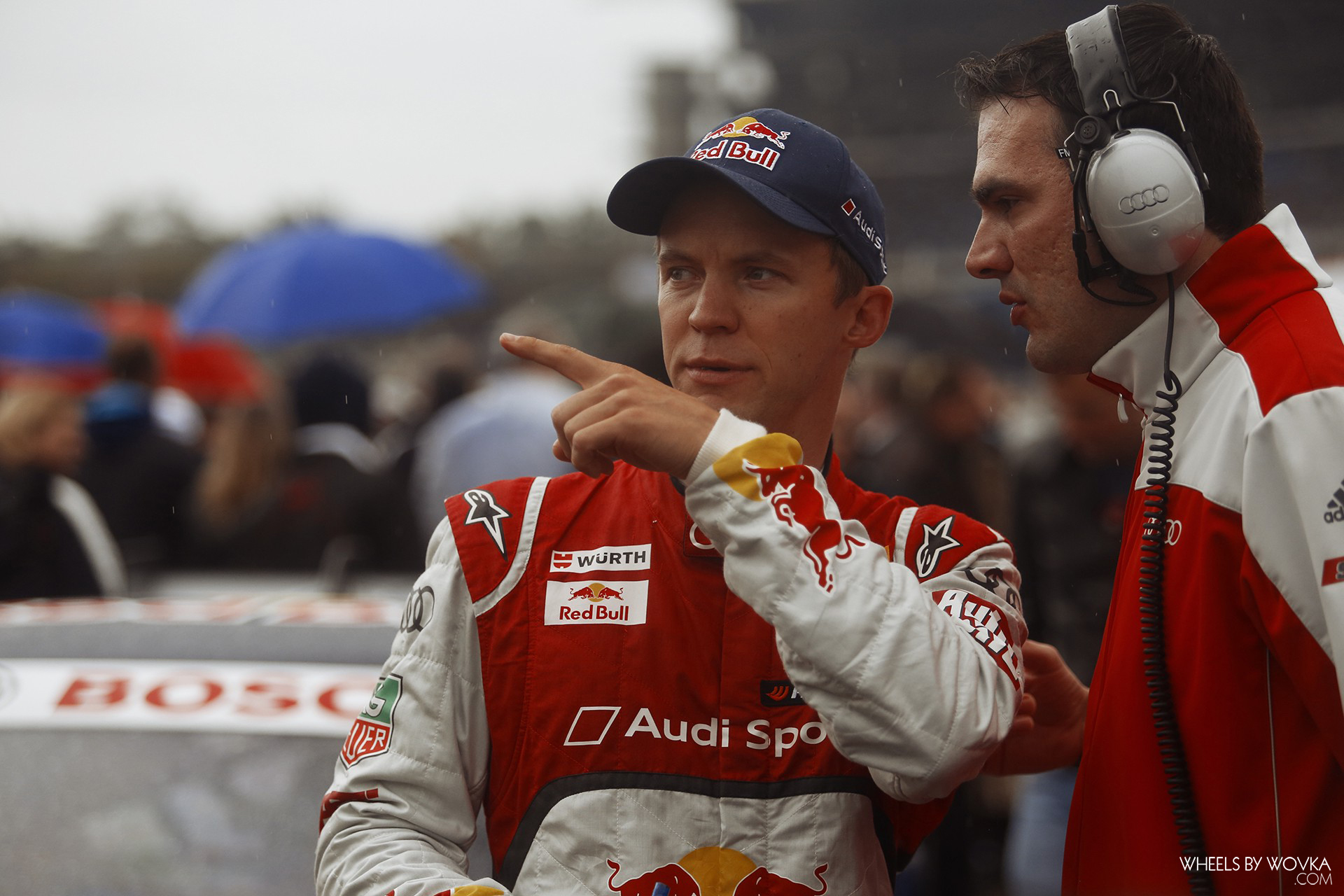 And race goes underway. Good start for Spengler on pole, disaster for Augusto Farfus — spin on the first lap. Everybody else were safe. 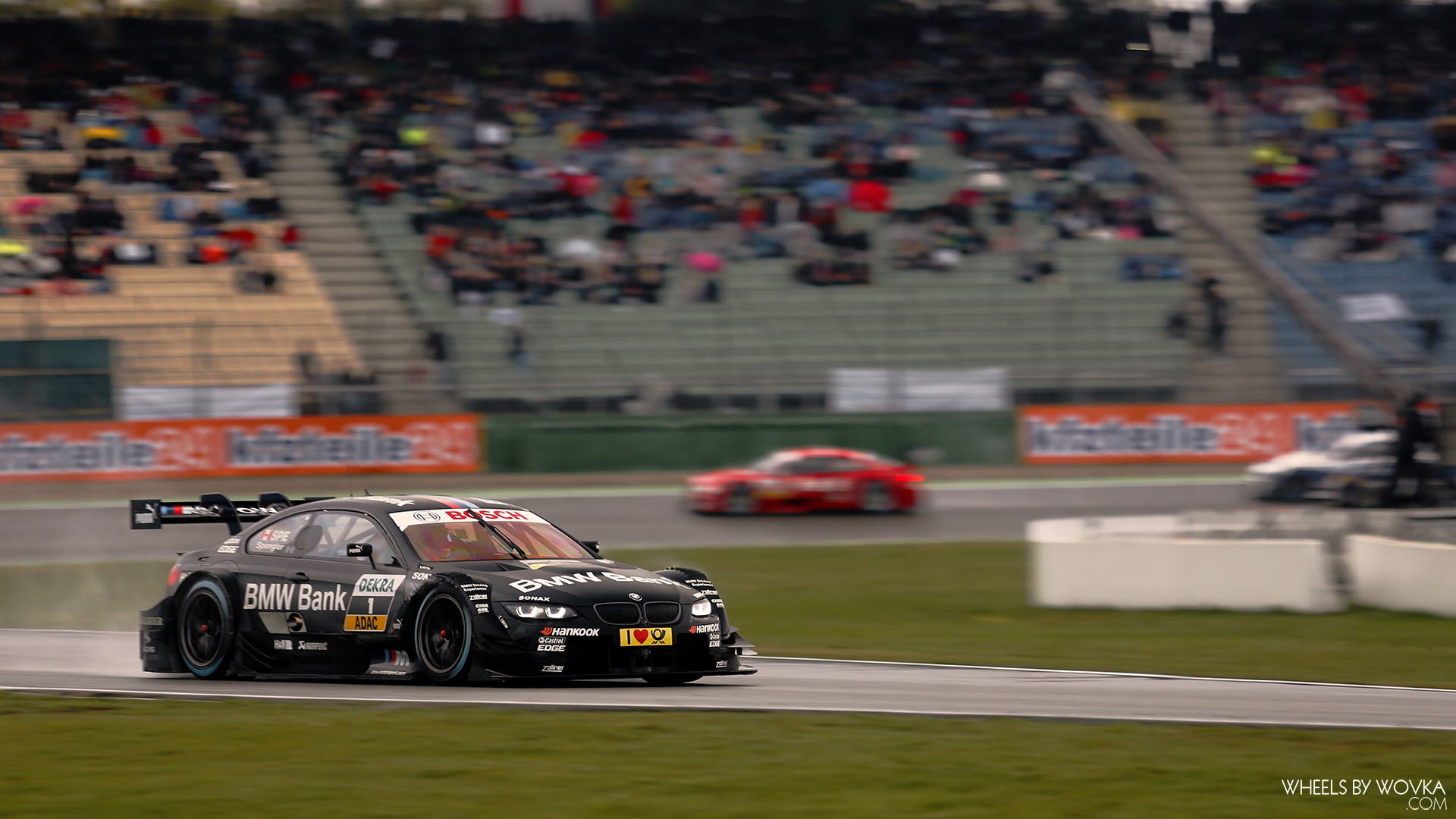 As weather crew predicted, rain did stop as the race got underway. Of course it was immensely slippery for many laps, but long water tails were gorgeous. 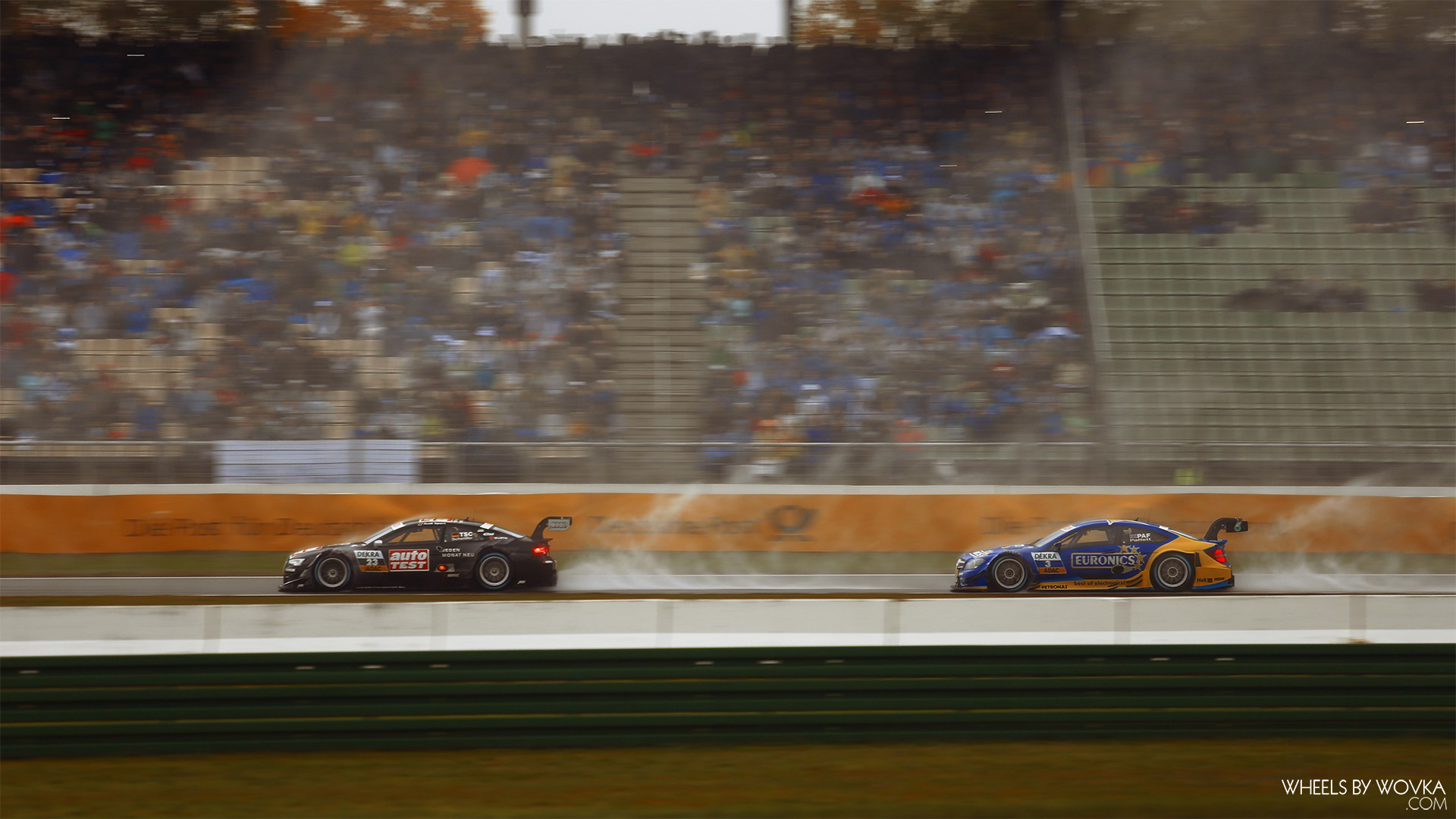 This was also the last race for BMW M3 DTM race car. It had a short career, but in these two years it brought a World Championship title to Bruno Spengler and two manufacturer titles. In 2014 new BMW M4 proved to be competitive by winning both titles again. 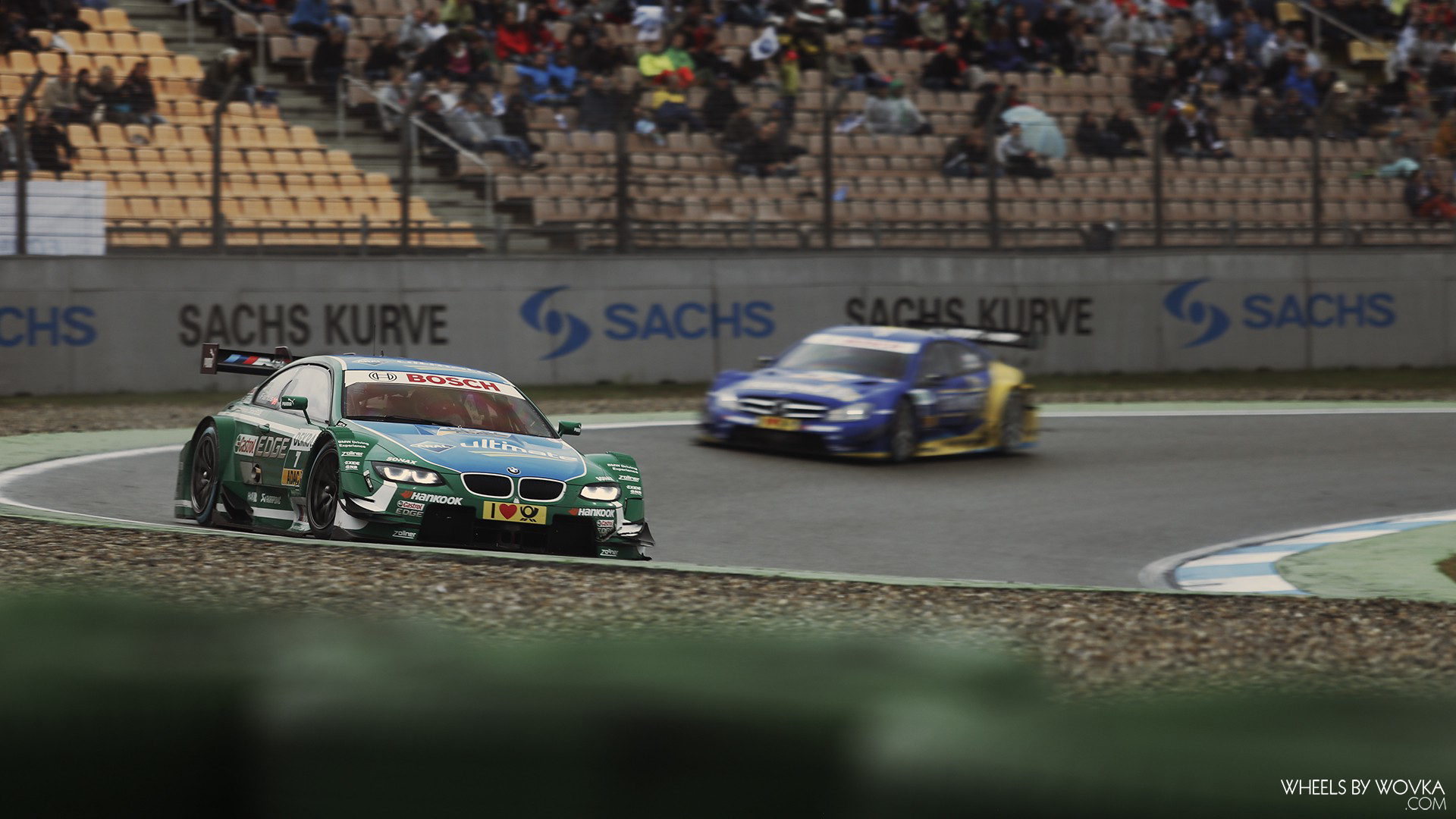 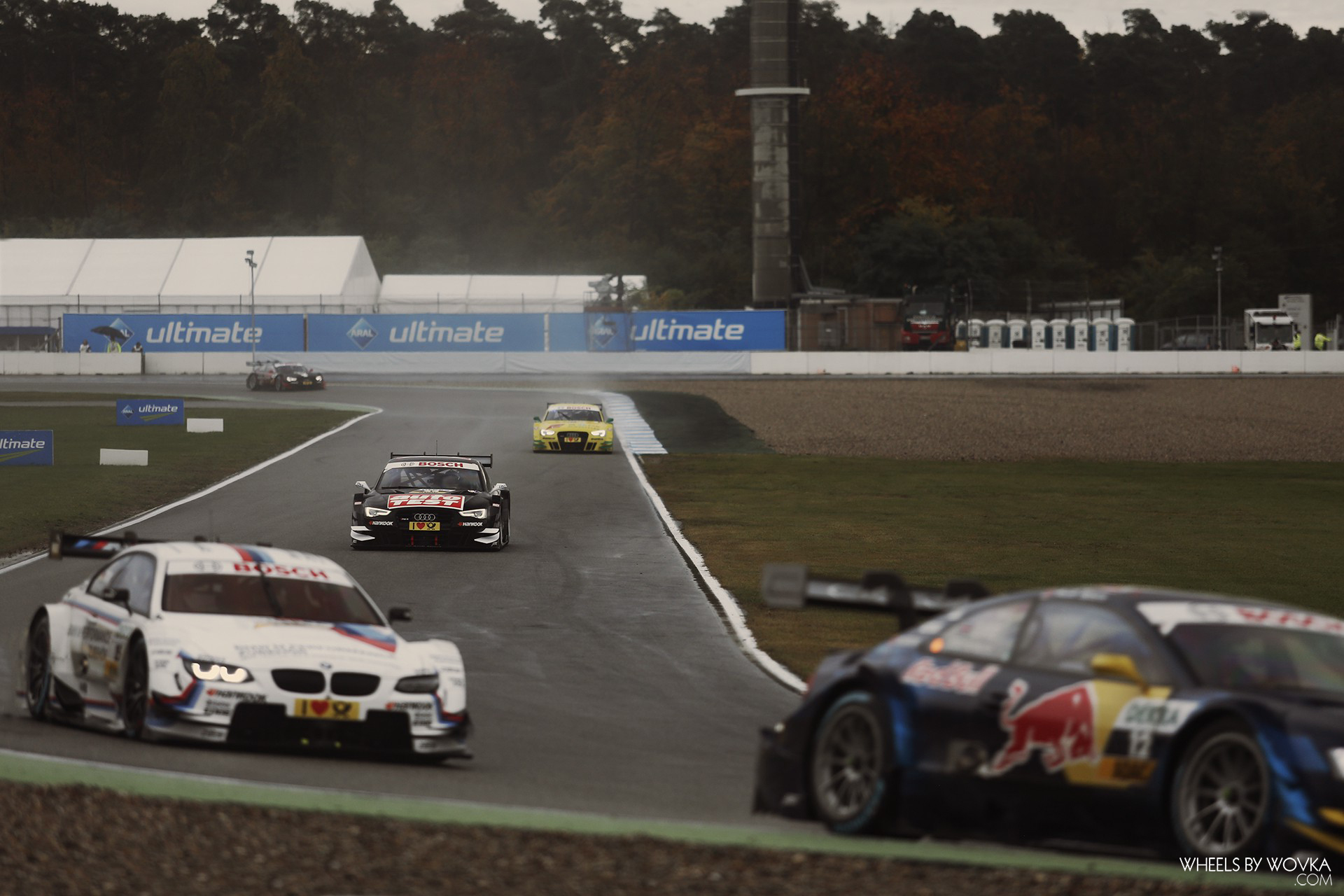 I had no time to lose, my train to Stuttgart was in around 1 hour and then another one to Munich in the evening, but that’s a different story.
Find more on  www.facebook.com/wheelsbywovka