Mattias Ektröm is one of the top touring car drivers in the world with two DTM world titles under his belt. I had the opportunity to talk with him. We discussed his character, talked about Dr. Wolfgang Ullrich and spoke about Italy.

– Where are you from?
– I was born in Falun, Sweden

– How could you describe yourself?
– As a person I like motor racing, I like working with engineers, I like working with media, with this total package of running motorsport. As a private person I love cooking, love spending time with my girlfriend and kids. We’re also arranging my first house, so for the moment I’m having a lot of interesting stuff. For me, when life is too quiet, then it’s boring – I enjoy action for 95% of my lifetime.
– Are your kids interested in motorsport?
– So far not, they are young. They are four and a half and soon three, so there’s still some time they will understand fully what they want to do. For the moment they only see when papa is driving, which is also ok. 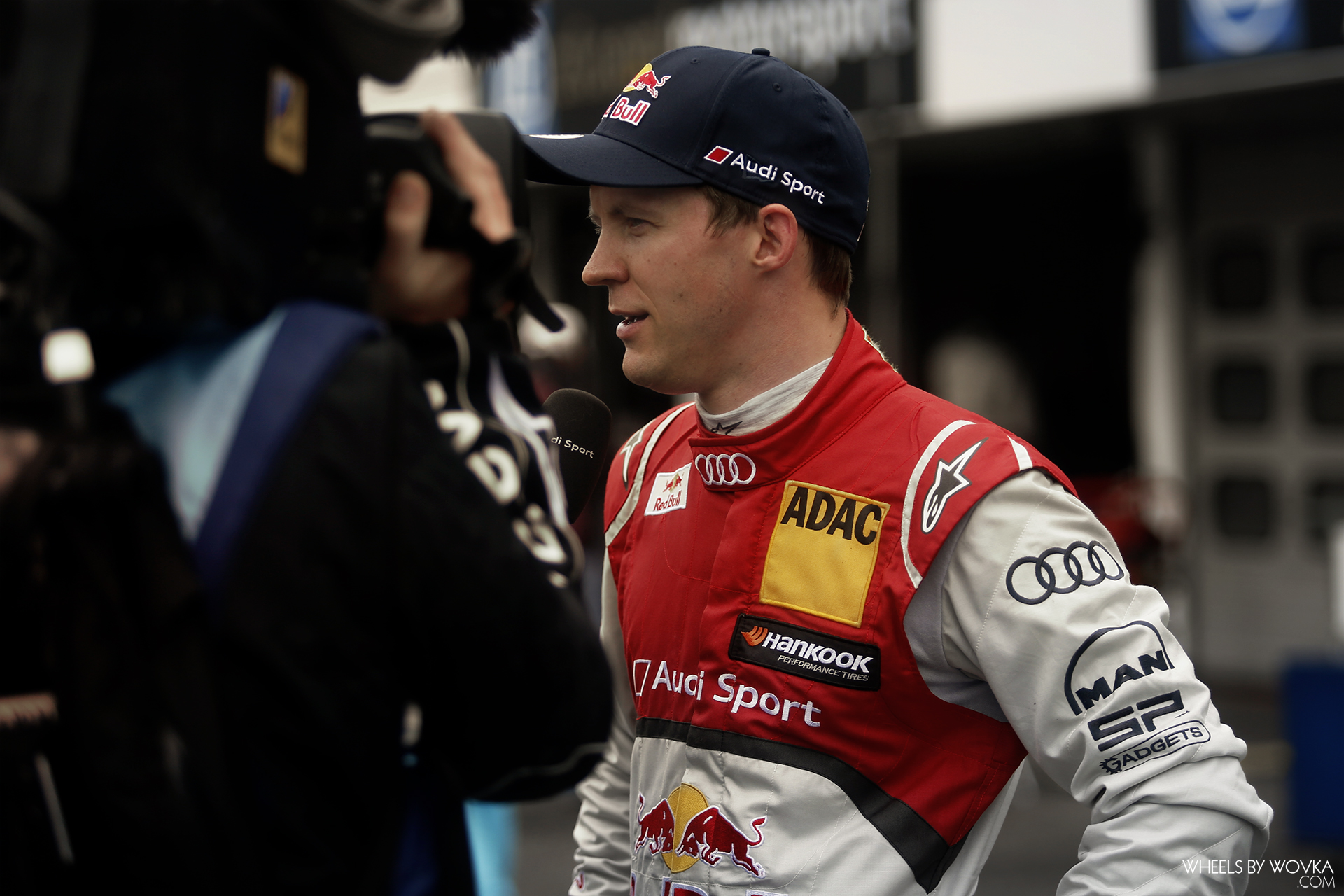 – What are you working on at the moment?
– We are trying to finalise partners for 2016 Rally Cross season, plus I do some car development: durability and start performance.
– Are you preparing for the DTM season as well?
– It is relaxing time for DTM because last tests of the year are already done, I have time now before Christmas to use this time for rally cross. Usually DTM is the number one priority, but for the moment it’s the best time of he year to make some efforts for Rally Cross.

– Have you chosen drivers for next year? Anton, as we know, moved to another team.
– It’s true that Anton is not with us anymore, so we have to see which driver will be on board. There are drivers on the market that we find interesting, also drivers who ask us. Generally we’re waiting to see what will come out, so we haven’t decided yet, but hope that we will have more news in February.
– But it will be two cars? You and another driver?
– Actually it’s completely open, it’s not decided yet. I’m still having to look at my agenda. 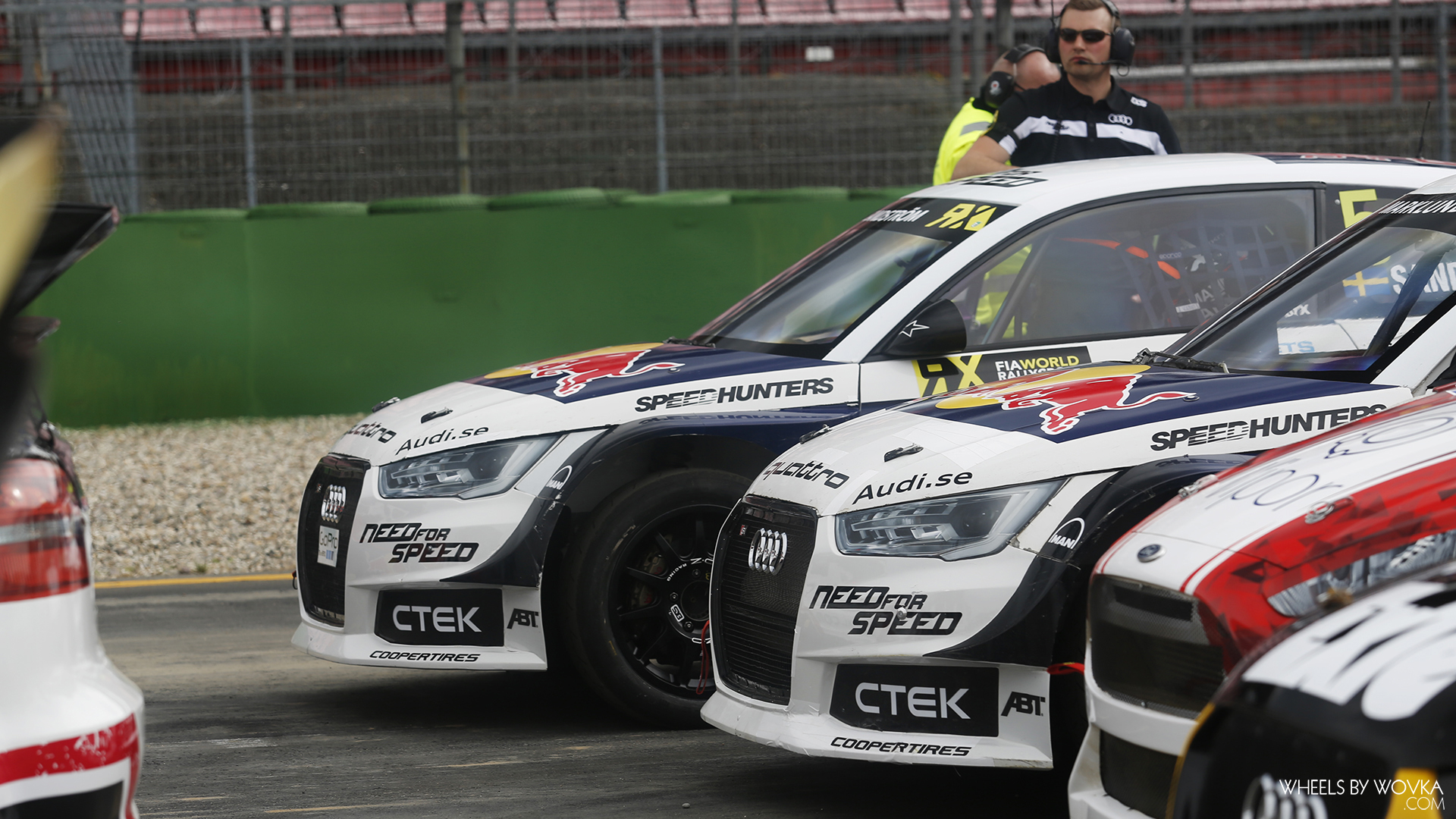 – I wanted to ask you about Dr. Wolfgang Ullrich. He’s quite a character. You work with him for a many years, how is he like?
– Dr. Ullrich is one of the most successful motorsport bosses ever, I don’t have to tell that. As a person he makes a lot of effort to try to understand the team, the drivers, the car and so on, so he can discuss these things with everybody and try to help. When you need help from him, he’s nearly all the time there and ready to help you, which is good. Normally he’s a really kind guy, until you do some really stupid things – then he can be angry, but it rarely happens. Most of the time he stays calm and tries to keep a healthy sporty family atmosphere.
– Do you have an example how he pushed you for a better result?
– Before many races he comes, shake hands, tells that he believes in me and hopes that I can have something good out of this race. Specific example is hard, it’s more that he comes and motivates, says that he trusts you which is always nice to hear when you have a bad day. When he gets angry there’s no secret that I did some stupid mistake – I think he never was angry with me unfairly. When I did good he would come and congratulate me and be happy, even crying. 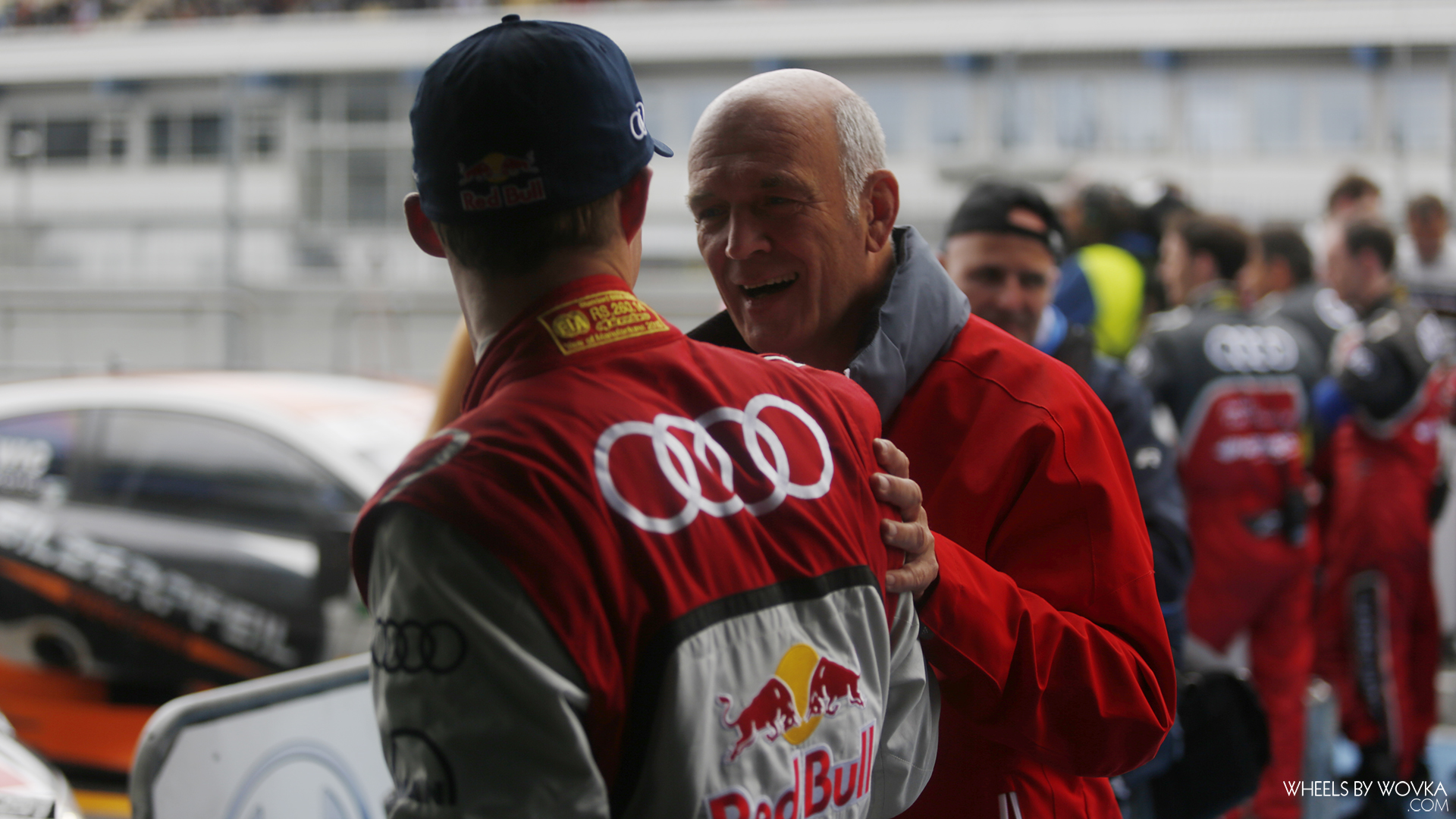 – What inspires you for racing?
– I’m still looking for a perfect weekend of my when everything goes absolutely perfect from the 1st lap to the last lap. I have come very close once in my life, it was Hockenheim, I think 2008, when I had a perfect weekend, but on the second to last lap I got a puncture. Perfect weekend is so difficult to achieve, but I try to do it every time. I try doing as good as possible, come as close as possible to the perfect weekend is my aim.
– What is your most enjoyable part of racing?
– I think it’s when you drive a perfect car, but I need say also when there is a real fight – when you have a really close fight with someone for position, that you really have to work hard for it. I really like the good fighting more than driving alone, because some races you win from start to finish. Driving alone – it tends to be boring, so I do enjoy hard battles more. 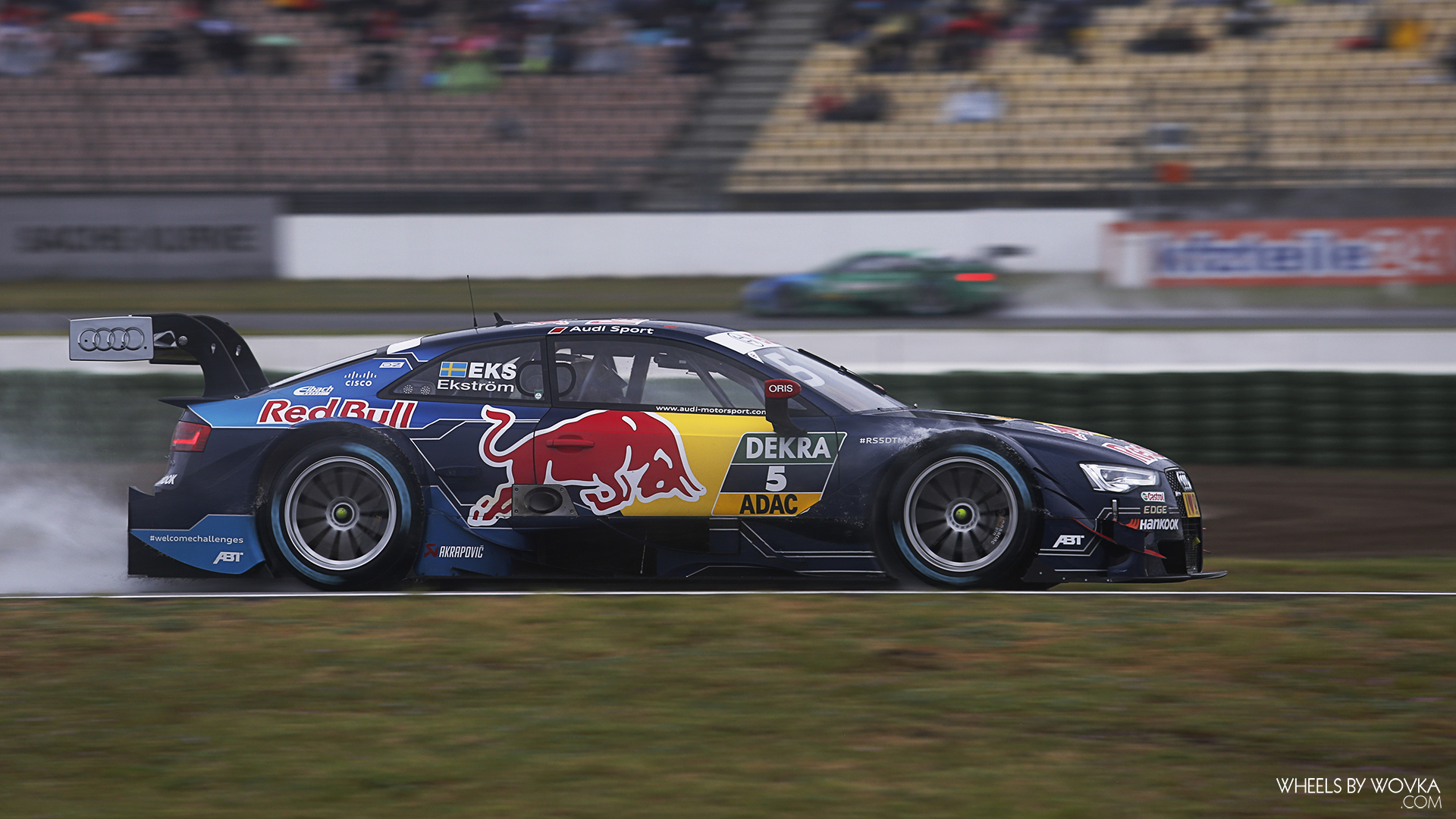 – What’s your highlight of the year?
– I think it was my holiday with the family in Italy with a motorhome: weather was hot, we spent really good time on the beach and so on.
– What do you think you need to do to get the third DTM title?
– I should take away some driving errors, put more confidence, really drive at 99% – 98% instead of hundred. 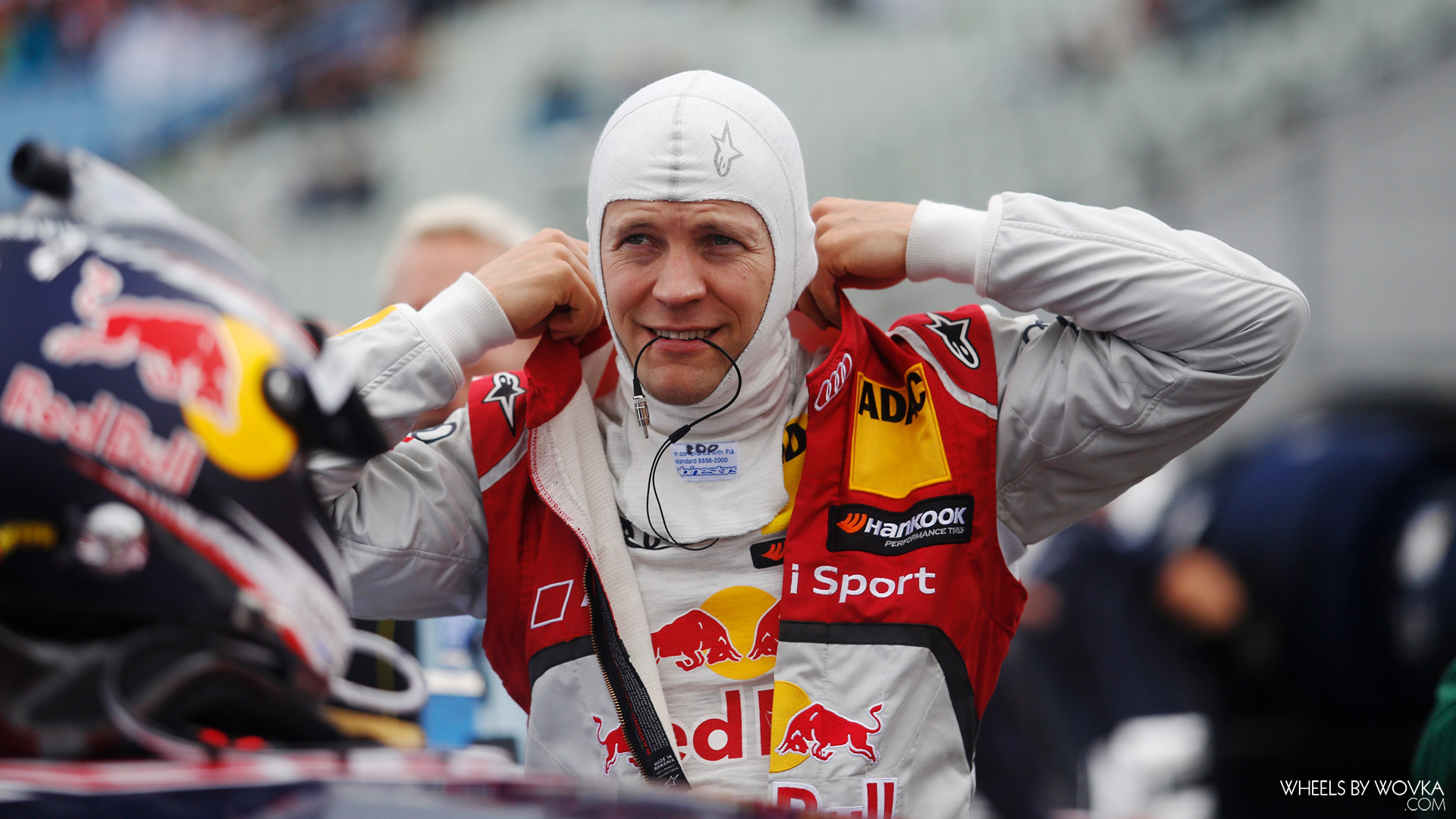 – Why do you wake up in the morning?
– Very often I wake up between 6:30 and 7, because it’s a natural wake up time for my kids, and when I wake up, I look forward to the challenges than come, to face the challenges of life is what I really enjoy.