Bil Baldwin, most recognisable marshal/flagman at Formula D. I had the opportunity to talk to him before the 2016 season starts. We discussed drifting, Gatebil, his beard and drift fans.

– Where are you from?
– I was born on Third and Alvarado Streets at the old Saint Vincents Hospital in downtown Los Angeles, California. I now live in Anaheim, just a couple miles north of Disneyland.

– What are you planning for 2016?
– Firstly, supporting the SCCA/Cal Club with sports car racing in Southern California. Second is the month of April in Long Beach, California. What started out as 3 days has now morphed into 8 or 9 days spread over 3 weeks. E Grand Prix, followed by Formula D, and then the Long Beach Grand Prix. Hopefully, I’ll get to travel to Europe again this year and experience Gatebil and Skylimit Events Driftcup. Global Rallycross is on the list as well. 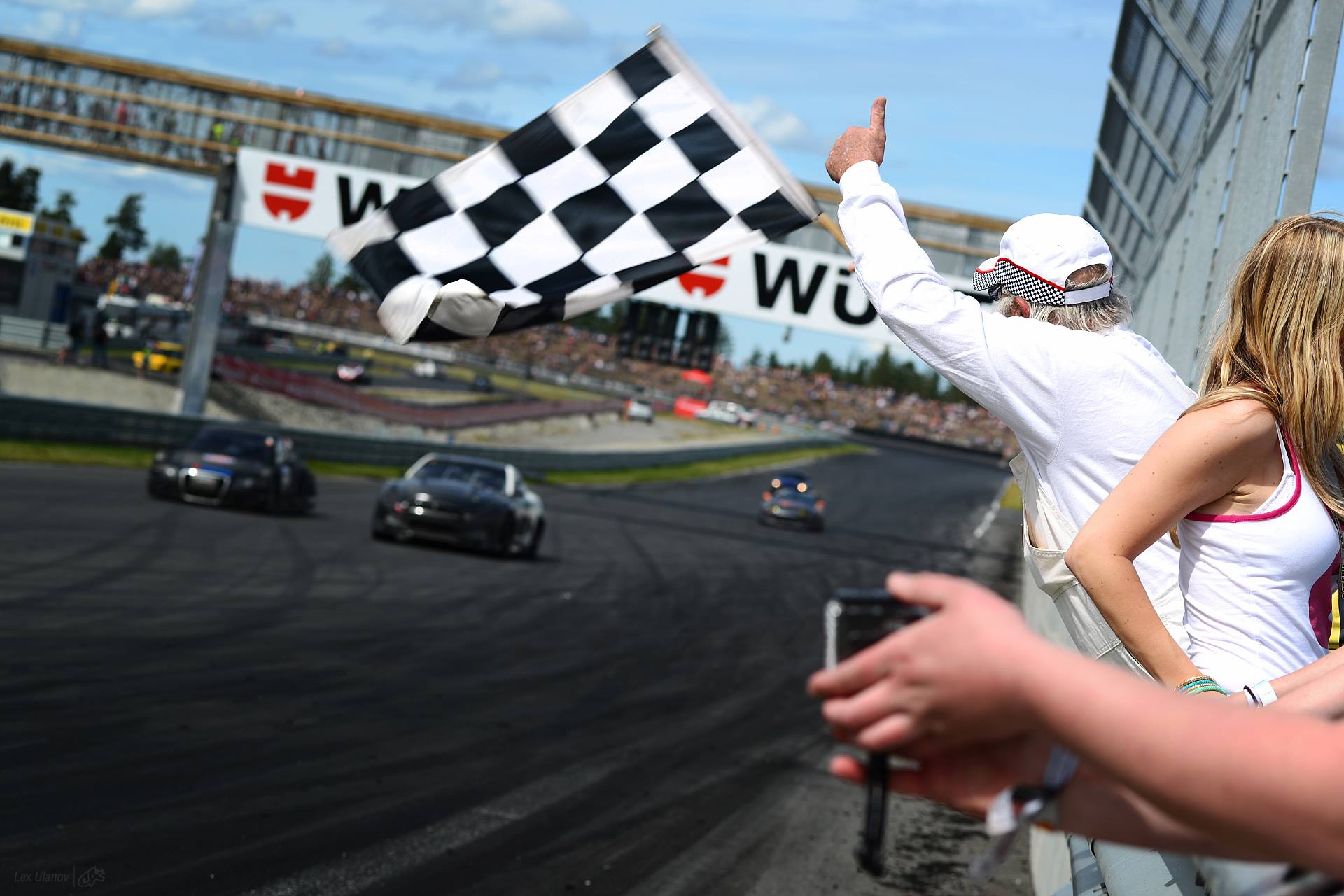 – How would you describe yourself?
– Just your basic human being with all the faults and attributes. Kind, funny, caring, generous, selfish, greedy. lol

– What inspires you?
– People inspire me. Beauty in nature inspires me. The resilience is awesome.

– What for you is the most enjoyable part of being a marshal at Formula D?
– The color, sights and sounds. Being close enough to feel the vibrations of the cars, engines and exhaust. The people I have met and become friends with. So many individual stories and personalities. The family atmosphere and camaraderie is especially enjoyable. 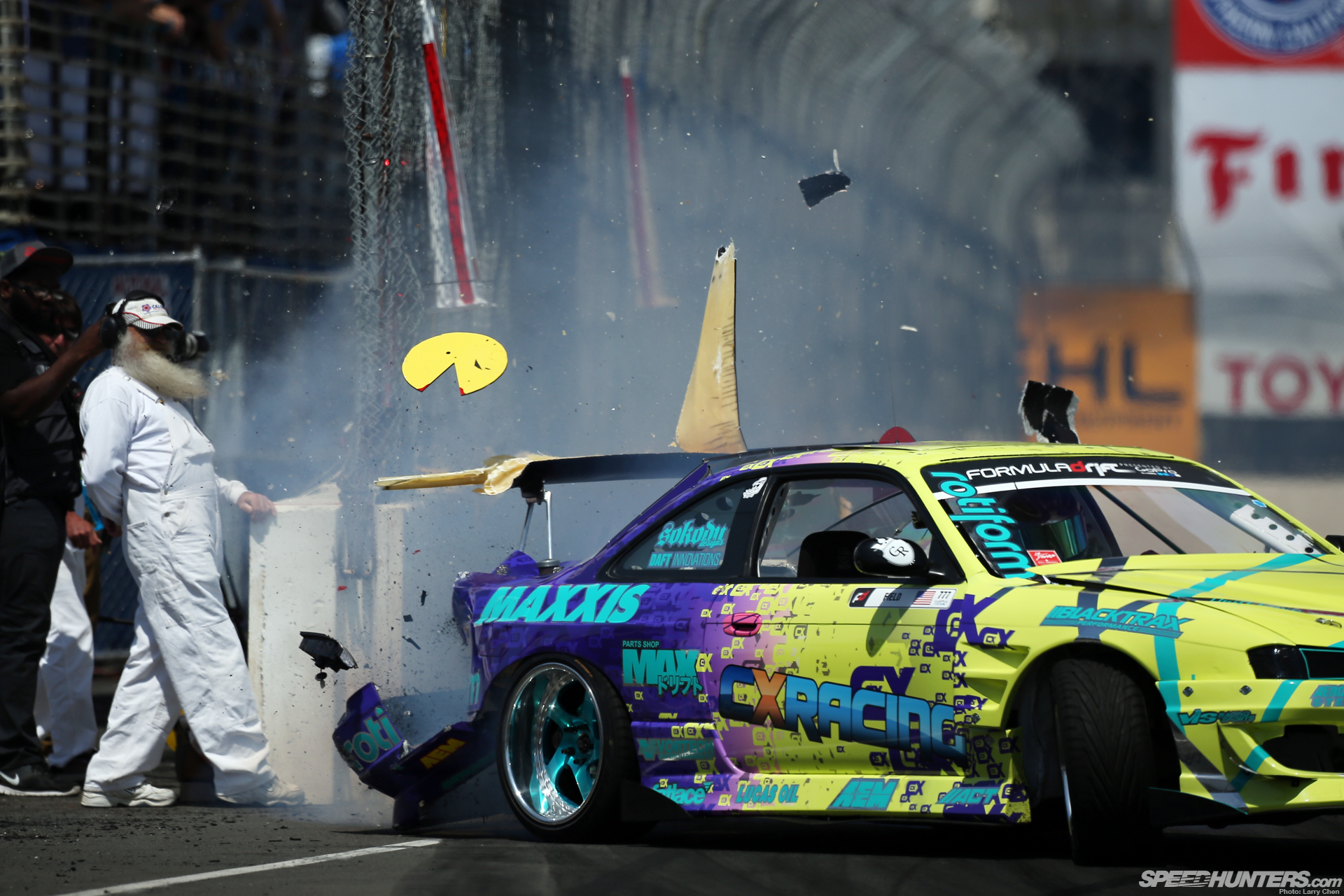 — What is your highlight of 2015?
– Hearing my 5 year old granddaughter speak for the first time.

– What difference you see between drift fans from Europe (Gatebil, for example) and US (Formula D)?
– Actually, I don’t see much difference between the fans, at all. Both are very knowledgeable about the cars, engines, drivers and standings. European fans may be a bit rowdier (even more rowdy than at Atlanta), but not by much. The fans are so much fun to interact with at the events. 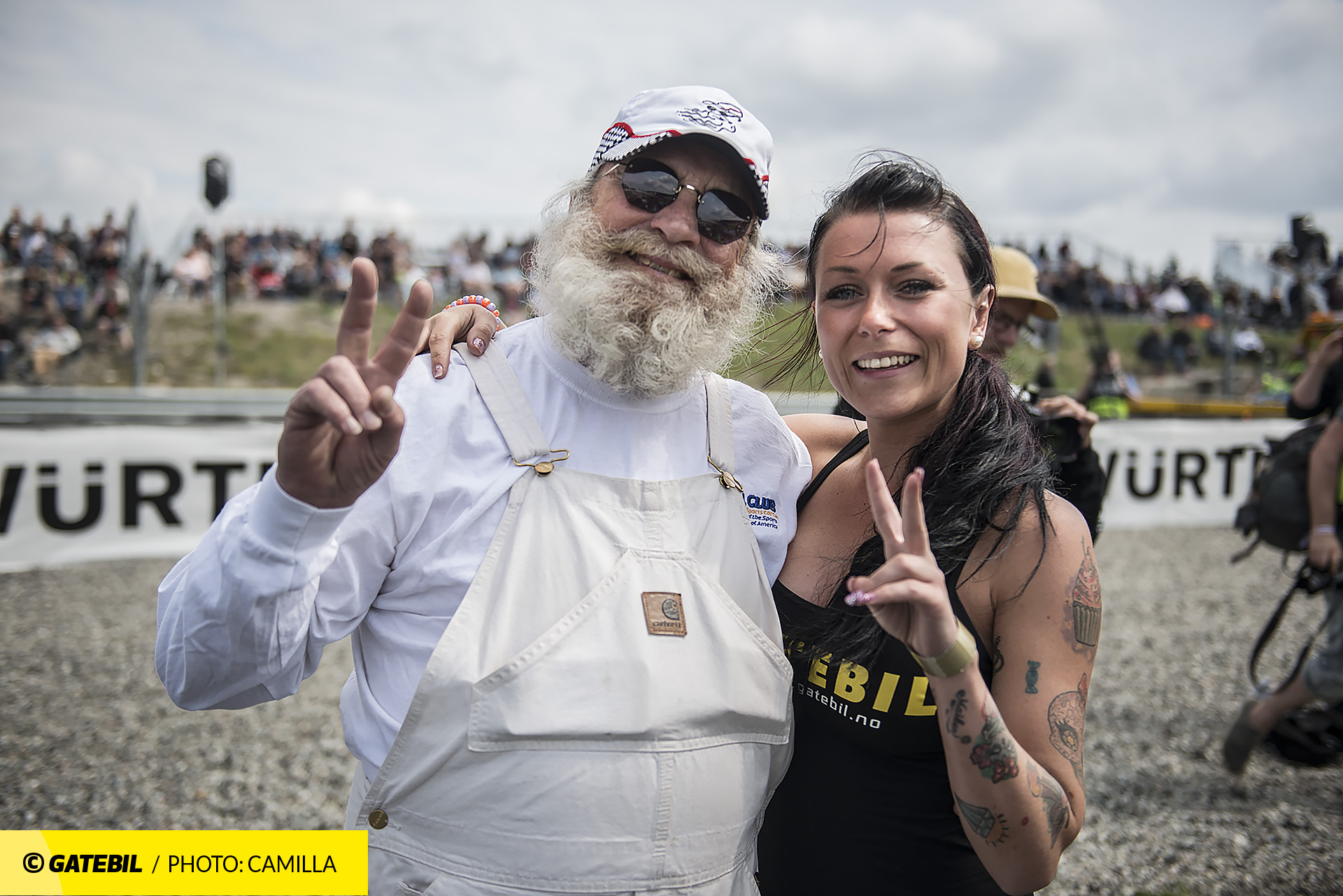 – Who are you cheering most in Formula D?
– Whoever is on the start line. I like the underdog.

– You must have thousands of funny stories from events?
– This took place at the Atlanta Airport in 2012, right after I blew up on the Internet. I was in the departure lounge, sitting with Ryan Kato and his crew when a photographer walked up with a young lady who wanted to take a picture with me. She sat on my lap, he took the shot and said thanks and they walked away. A woman sitting a few seats away said to me: “are you someone”? I said, yes I’m famous, she looked at me and Kato’s crew leaned forward and said yeah he’s known around the world. Then she asked what I was famous for. I told her I was famous for standing perfectly still. She leaned forward and looked at the crew members with a question in her eyes and they said yep he doesn’t even flinch.
We all laughed because out of context it sounds ridiculous.

– How much it takes to grow a proper Baldwin beard?
– This beard is just over a year (13 months). I had to shave the last one on December 27th, 2014, for my surgery. I just let it grow however it wants. It seems to be coming back rather quickly. Almost like it knows what it has to cover up.

– Why do you wake up in the morning?
Just to see what’s next. Life is so full of surprises. I was given a gift last year, so I owe it to give it my best shot.