Jarod DeAnda, is that very familiar Voice of Formula D. He’s the announcer of the american drifting series from day one, from 2003. I had the opportunity to talk to him before the 2016 season starts. We discussed drifting, family, beer and tattoos.

– Where are you from?
– I was born in northern California, moved to San Diego county when I was 7 and call Poway my hometown but reside now in Phoenix, Arizona area.

– What are you working on at the moment?
– I’m currently in Maine to host MC the Red Bull Frozen Rush event and getting ready for an exciting action packed year of events.

– What do you expect from 2016 Formula D season?
– Progression of course regarding builds and driving, but also the sport is in a good place getting stability and impressions.

– Who could really step up his skills and surprise the judges this year?
– I think Vaughn will come back strong this year. Essa is back in his BMW he’s one to watch.  Also Stoneback in a Chris Forsberg Racing prepped 370Z will be fun to watch! 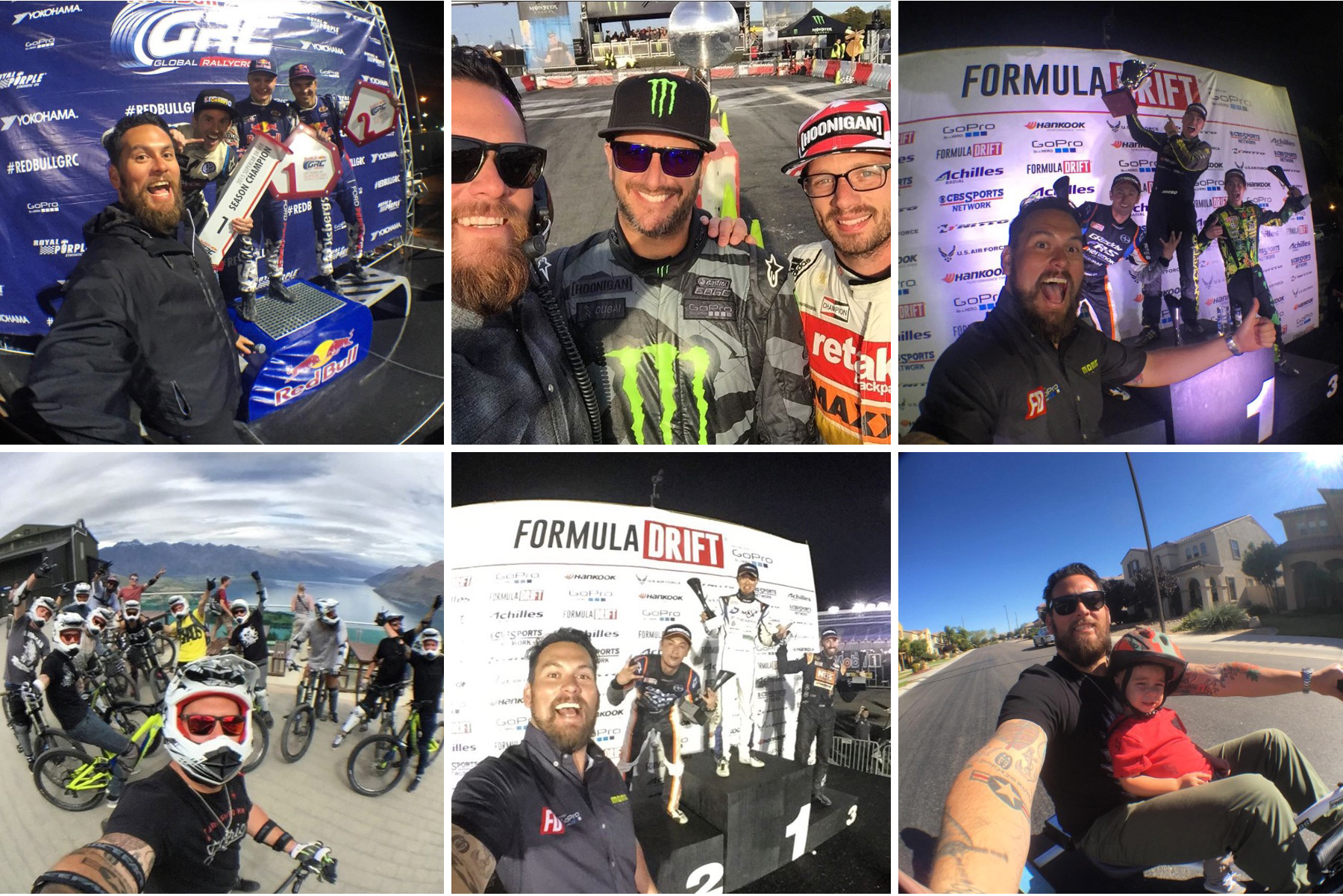 – How would you describe yourself?
– That’s tough, I have no problem speaking about and for others but myself it’s tough. I’d have to say a loyal husband, father and friend that has had the opportunity to Host and MC events across the globe.

– Are your kids interested in motorsport?
– My boys are around so much cool stuff it’s wild because if I was around as many events, people, experiences I would be pumped but they’re very accustomed to it and yes of course they’re fans and enjoy it. My oldest kills it on Razor Crazy Carts and drift trikes, etc.

– You have an idea on your next tattoo?
– I always have ideas for tattoos. Tattoos are so much fun and memorable, permanent and artistic. Problem is they add up money wise, it gets expensive.

– What’s your beer brewing style of choice? If you would make your own beer brand, how would you name it?
– I and my friends have a brewing company, Honest Brewing Company is our name. We have a 10 gallon brew system and brew when we have time and then aspirations of making it a business eventually.

– What inspires you?
– People and art, learning more about people and their passion and ways to maybe help them. I’m a connector I like working with people and linking people up for everybody to succeed.

– Tell me a bit about Larry Chen? How did you first met him? How did your relationship progress in at least 10 years of Formula D?
– Hilarious question, when Larry Chen and I first met was years ago as we were headed to China for World Drift Championship and we hated each other immediately for a few different reasons, BUT then years ago we just hung out, became friends and now we’re really good friends. We’ve become such good friends that I officiated him & his lovely wife’s wedding a few years ago. Larry and his craft have progressed over the years and is a serious talent.

– What for you is the most enjoyable part of drifting?
– The concept of it being a judged sport is rad for me, the concept of throwing a car at a wall sideways 100MPH.

– In Japan judges rely on electronics – “D1 original scoring system” called DOSS, in US everything is in hands of 3 judges, how do you feel about that?
– The interesting situation with drifting is it’s subjective scoring, just like anything judged it’s going to be scrutinized, but also being around other Motorsports they’re ALL scrutinized. Regarding drifting and electronics I believe there’s definitely a place for it but used as an aid but not solely the decision maker. The human “wow” factor can never be replaced. 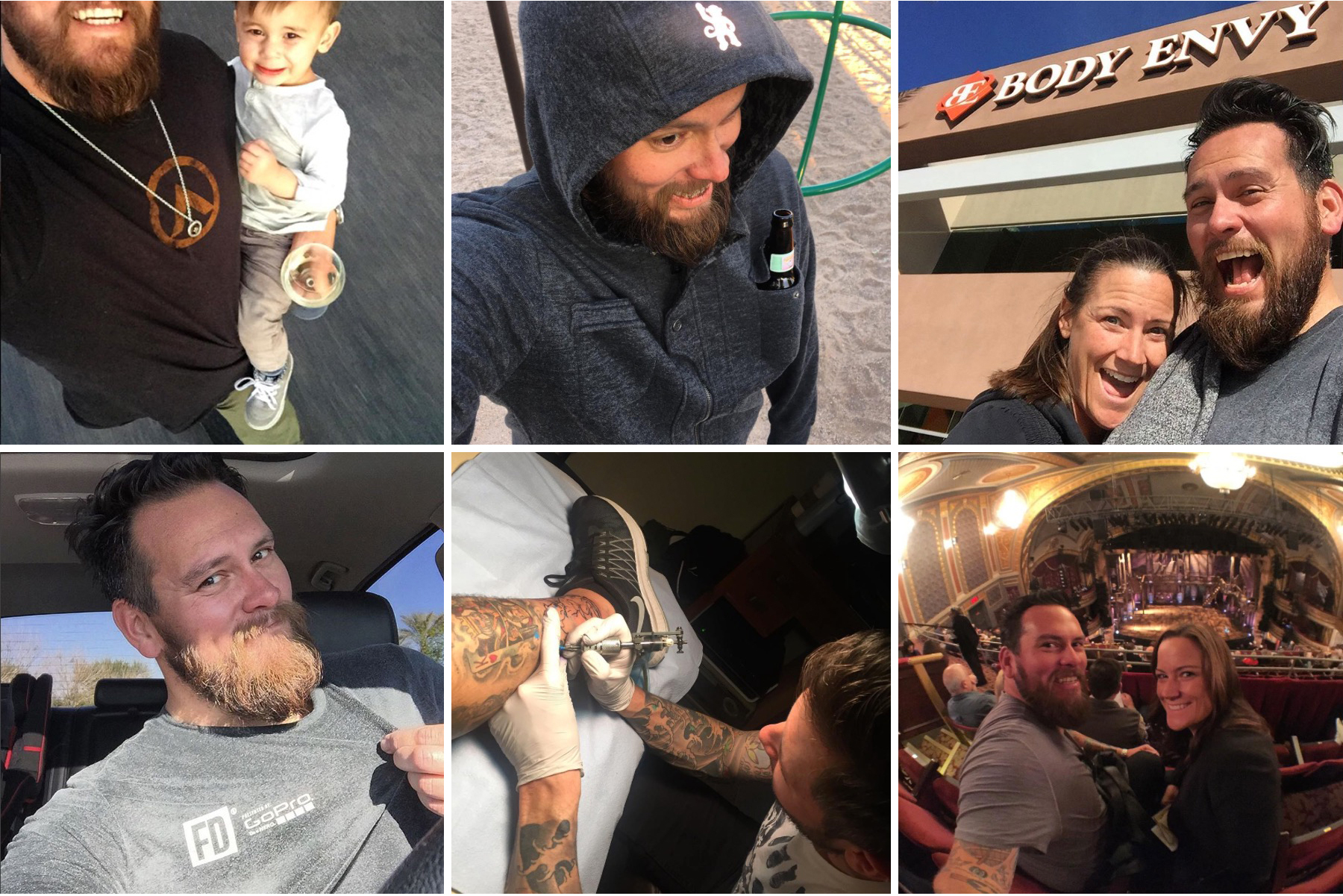 – What’s your favourite track in the calendar?
– Sorry but Road Atlanta is still my favorite!

– So, will this year actually be the last one for Irwindale?
– Irwindale Speedway and it being a track still is just not in Formula Drifts control. We thought 2015 was the last year will it be 2016? I don’t know.

– What is your highlight of the year?
– One Highlight of the year for me is really hard to call out, I would just say I enjoy the diversity of sports and events I get to host. Seeing a new Formula Drift Champion in Aasbo. Seeing trucks on snow, Rallycross action on Barbados, enjoying Japan with friends…

– Have you been to European drifting events? Maybe attended Gatebil?
– I love Gatebil, I went years ago thanks to Ove and the Drift Monkeys. I’ve been to Europe, but for Gumball 3000 not for dedicated drift or car events.

– Why do you wake up in the morning?
– I wake up to make life happen for my kids, my wife, my life and friends. God’s blessed me with a unique personality unlike ANY others so make it good!