Fredrik Sørlie got Internet exposure while hooning his plucky Toyota Cressida at Gatebil events and at the Nurburgring. The guy is actually tied deep in Norwegian automotive culture, being an ex-racing driver, a drifter, a precision driver and driving a badass black Mercedes with a Russian Arm on top of it. We talked about his highlights of 2016, his Honda NSX and driving skills.

– Do you enjoy living in Norway? Never thought of going anywhere else? I’m just from Estonia myself and I know that cold winters, short days and snow can become hard to manage on yearly basis.
– Yeah, I am pretty happy here. I like to travel, and if the right opportunity came along I’d move. But for now I’m ok with living here :)

– What are you working on at the moment?
– My profession is as a precision driver for film and television. I am the official driver of the only Russian Arm tracking vehicle in Scandinavia. I am also in the process of restoring the Cressida and swapping the engine in the NSX for a better one (mine was a bit worn). 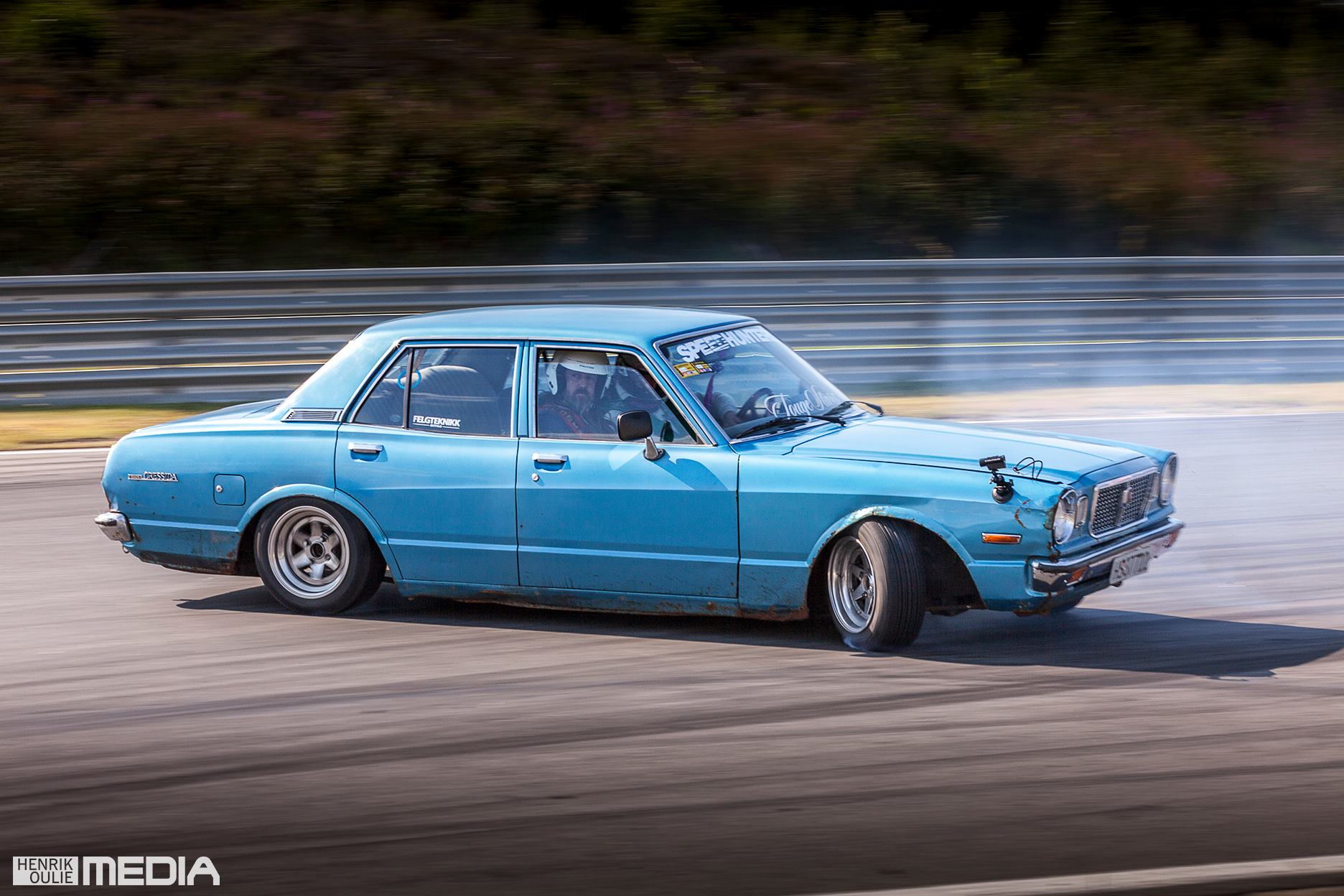 – What will you do with the Cressida?
– It will stay blue ;)

– How many films and I guess commercials you’re able to do year?
– I haven’t counted, but quite a few. On average I’d say 2-3 a month, maybe?

– I know that you worked on Børning. How was that like? Do you know came into sight, I mean, car movie, not a popular topic. European films are usually art house dramas.
– Børning was pretty cool. The first one was very exciting as we travelled the entire length of the country. In that movie I was doing much of the action car stuff. The second one was very different for me. It was all in the snow and we didn’t move around as much. I didn’t do as much action car driving, as I kinda had to drive all the camera cars. Very different. Probably more challenging, and maybe even more fun. 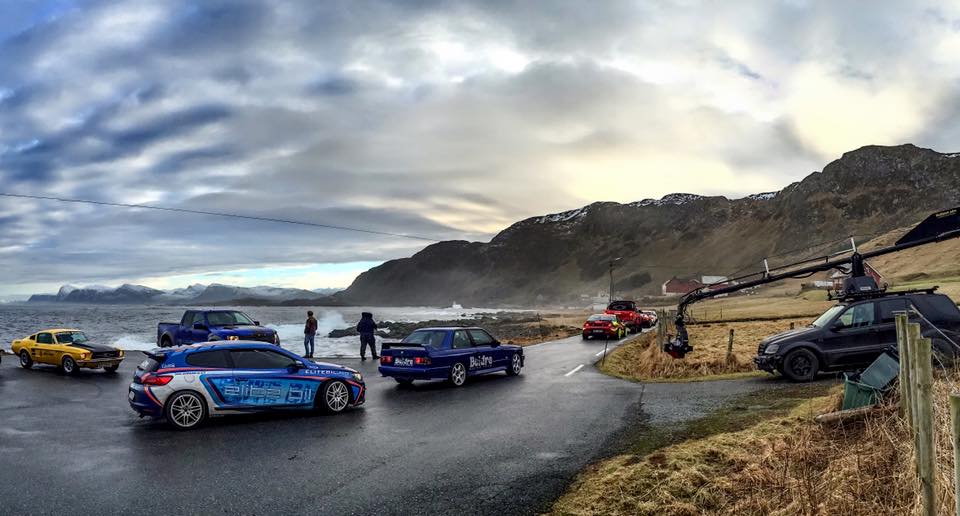 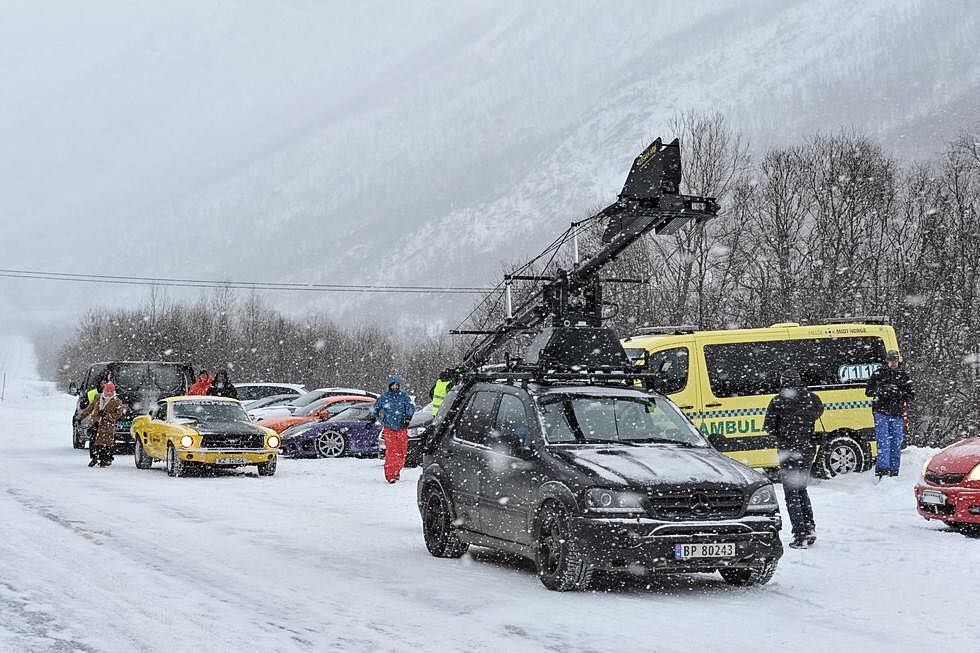 – What motivates you?
– Creating something that makes people feel good. Whether it is shooting a youtube video, a car commercial or building/modifying a car, virtual or real, or just hooning around on a track with all my friends.

– What for you is the most enjoyable part of motorsport?
– That is a big question. I love racing. I still consider myself a racing driver first, drifter second. I don’t compete much anymore (apart from iRacing), but I still watch a lot of racing. Australian Supercars is awesome, and so is MotoGP. I love watching talented drivers push a car to the limit. I just enjoy the physics of getting the most out a machine. Personally I also enjoy drifting a lot, but I dislike some of the recent development in professional drifting. I prefer drifting with friends for fun, rather than competing.

– You did open-wheel racing before, is that correct? How did that go?
– I did it for a couple of years in the 90s only, as we didn’t really have the money to go further. I raced Formula Fords in the UK and I guess it went pretty well. I won my first race at Brands Hatch, and the one and only race I did in the British championship at Silverstone. I also finished second in the Formula Ford Festival at Brands Hatch. But we ran out of money pretty much right after that, so it was a short career.

– Norwegian car culture as a whole seems to be more about fun that competitive sport, am I right?
– Yes and no. The Gatebil phenomenon has become something very unique and huge. But we also have very talented drivers in racing and rallying. So it’s a bit of both. It’s just hard to find the money to compete when the sport is so small.

– Which is your highlight of 2016?
– Easy. NSX on the Nordschleife. That was an epic experience that I never though possible just a couple of years ago. 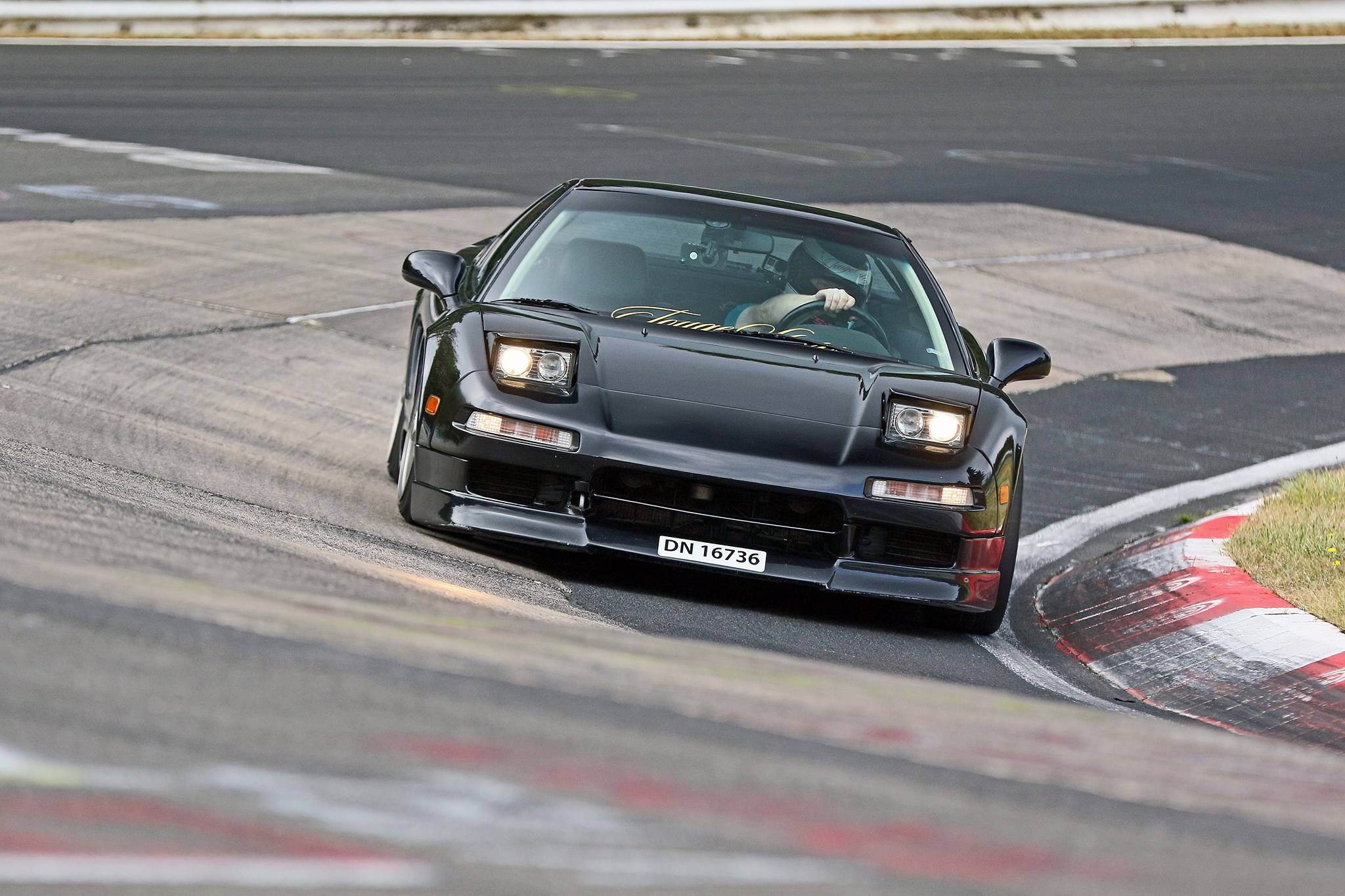 – Quite sure it was an epic experience, but for me, as a viewer, Cressida drifting at green Hell while keeping up with an M3 was epic. Was it the Cressida that made you famous on the Internet?
– I wouldn’t say I am famous on the internet, but I guess the Cressida did get some attention. So yeah. it definitely started it all. At the time it was just a budget build, but since then it has become some sort of an icon. Perhaps a symbol to some of what you can do without spending a fortune. And that skills is more important than money.

– You chose the NSX as a modern classic car of your choice, what other cars you considered?
– None, really. I wasn’t really looking to buy anything in particular, I just had some criteria. I wanted to invest in something of value that I could enjoy without feeling like I threw money out the window. The NSX emerged quickly as an obvious choice. I got a great deal on a decent 1991 with the right bits on it, and it was probably my best car deal ever. Love it to bits.

– So, what’s the plan? Keep it for life? Pass to younger generations?
– I have no idea. I never plan that far ahead. I’m happy to hold on to it for a while, but if the prices keep going up, I’m happy to cash it in and spend the money on the Cressida.

– Best thing you want to achieve or do in 2017?
– Just keep doing fun stuff and be happy. I don’t really have a plan anymore, I just open as many doors as I can all the time and grab opportunities when I stumble across them. It seems to work fine. I’ll go where life takes me.