History of Drifting at Goodwood Festival of Speed

Drifting is a common sight in most countries these days. Even Charles Gordon-Lennox, Earl of March and Kinrara invites them to pollute his backyard with Asian tire smoke during a classy event called Goodwood Festival of Speed. Drift cars are mixing with F1, legendary Group C Le Mans prototypes and DTM cars just fine. Only difference between three-time Formula D champion Chris Forsberg and Sir Jackie Stewart is that the first one is more accessible and friendly in the paddock area. 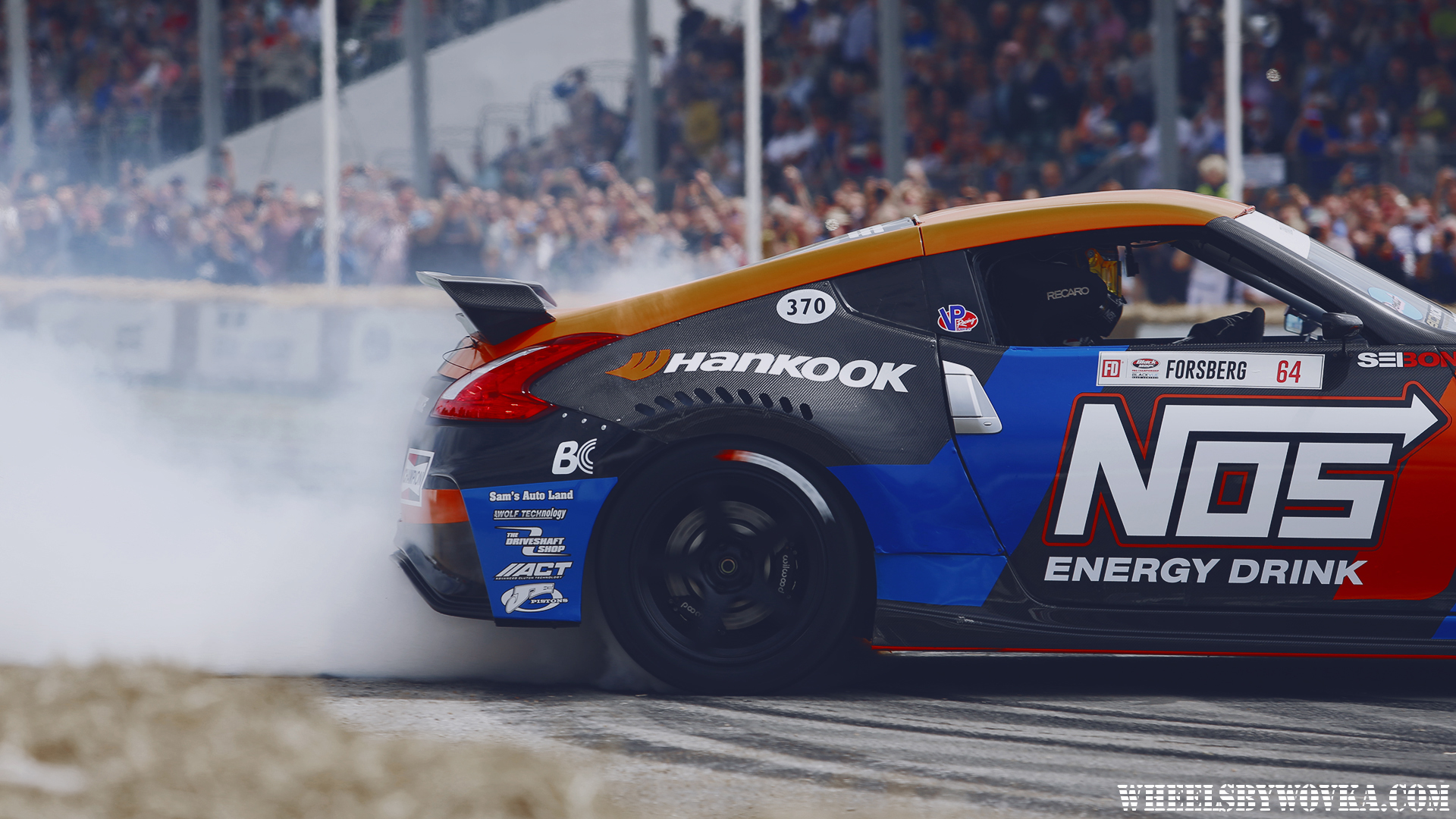 This year drifting was back to Goodwood hillclimb course for the fourth time, but how did it get “the pass” to appear at the event at all? Some say that Lord March had a dream where Keiichi Tsuchiya appeared in front of him and said: “Let FOS see Drift”, others claim that the Goodwood Estate owner used to touge racing in Japan in his 20s. 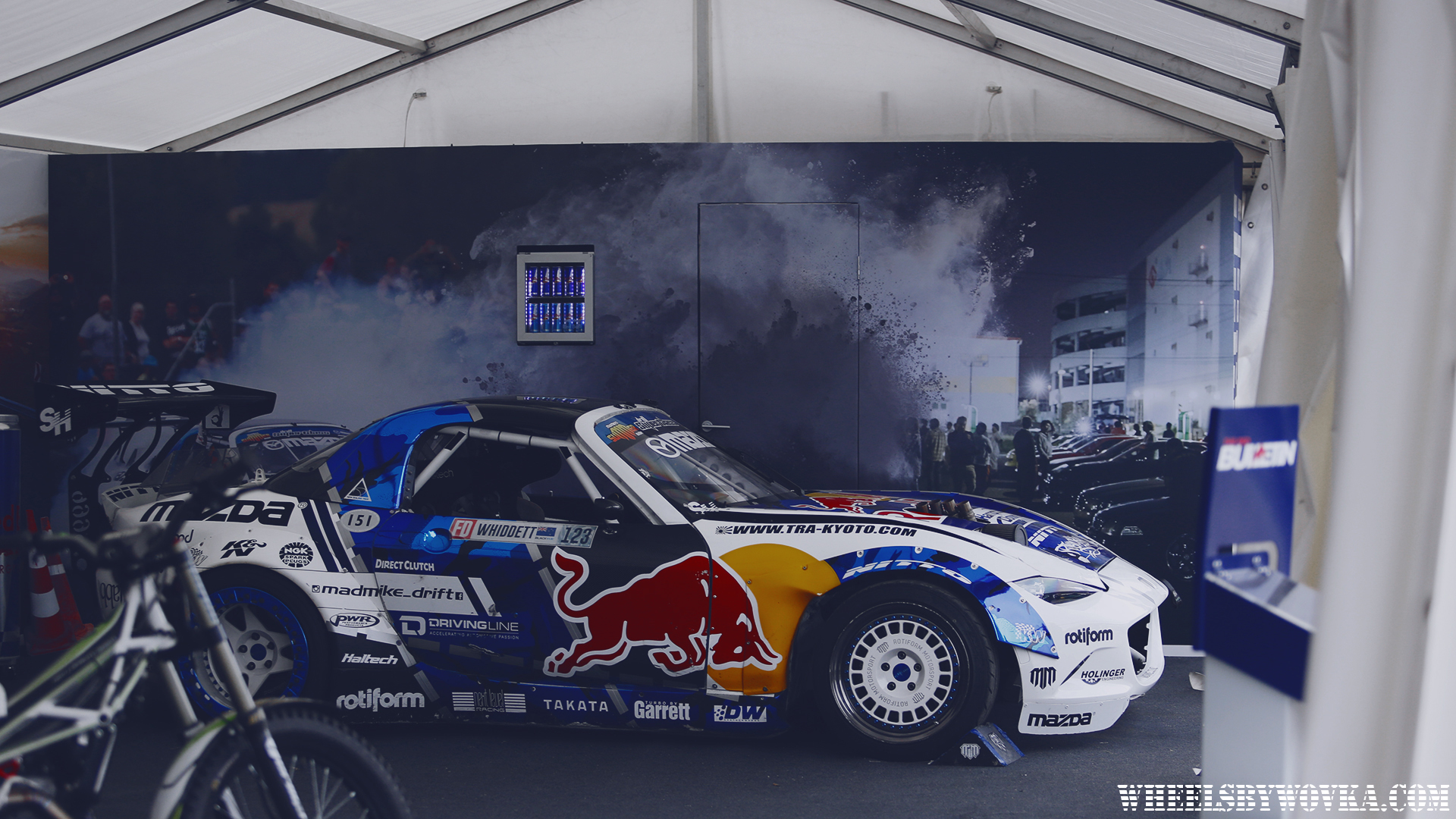 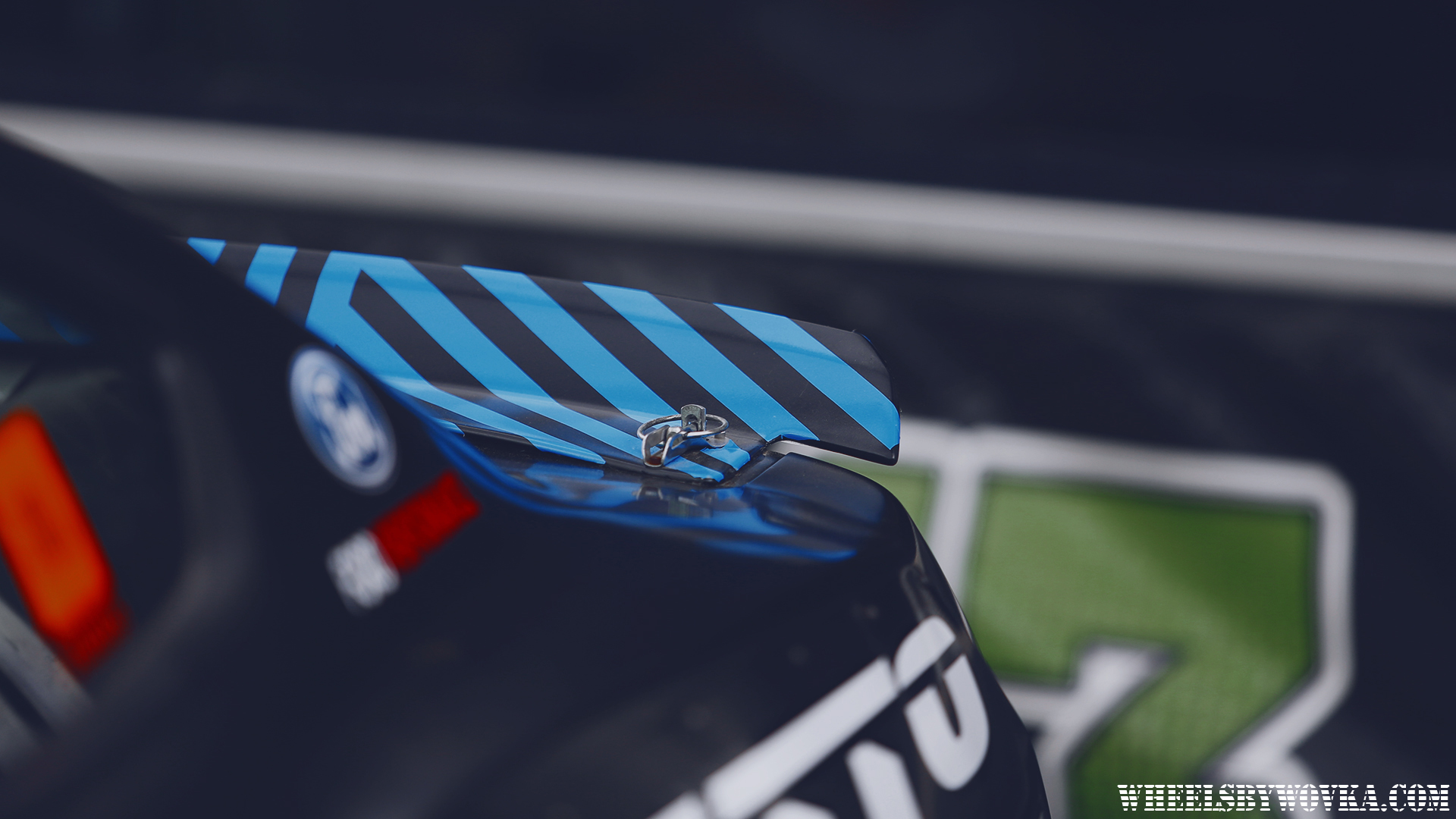 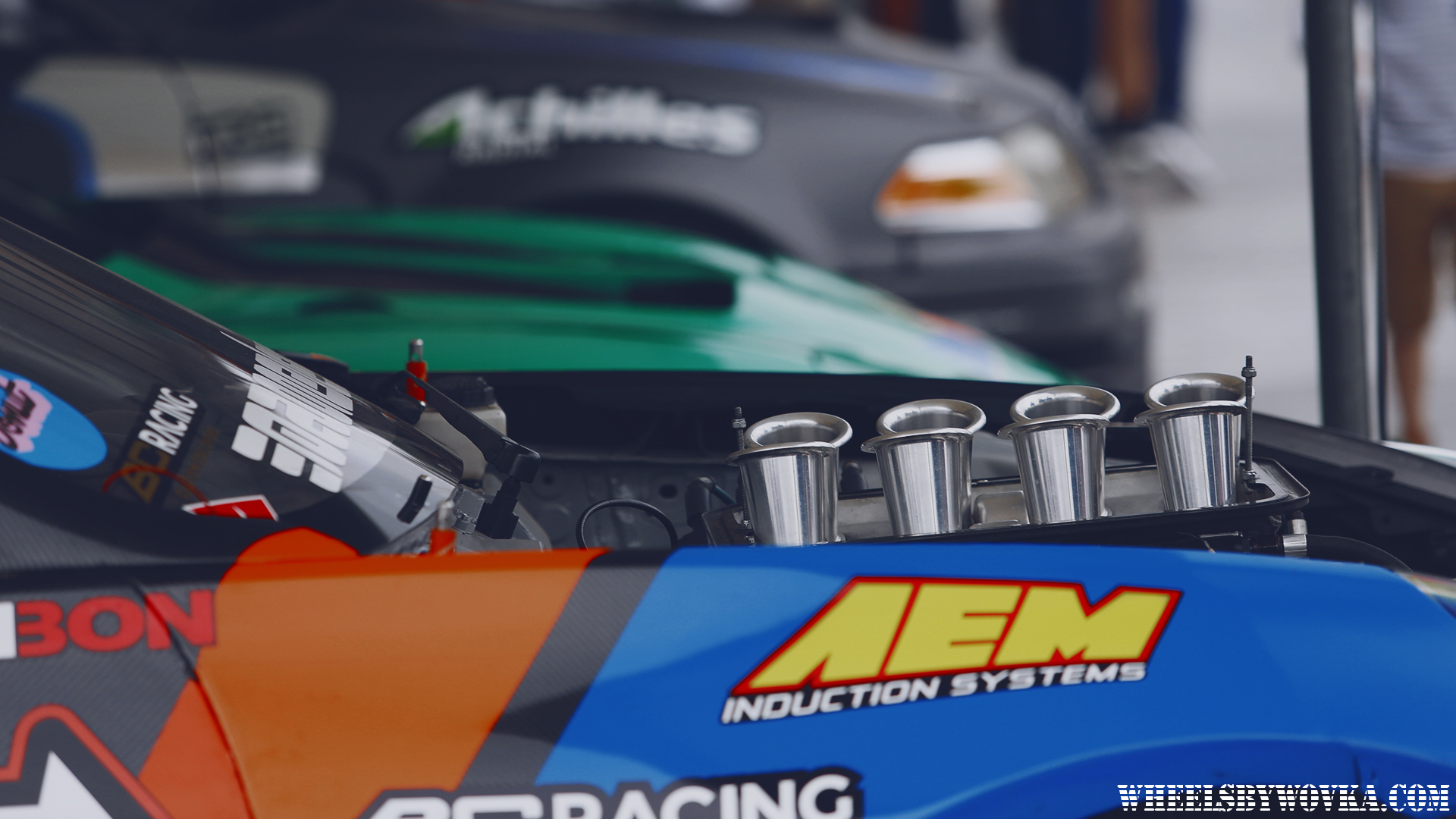 If you think that’s bonkers than I have another theory: thank Red Bull and Mad Mike. Based on my research (aggressive google searching) he was the first drifter to slay tires at the Festival of Speed. It was in 2014 in his Mazda RX-7 Rad-Mad-Donkey-Bull or how was it called? Red Bull was bringing Formula 1 and other race cars to Goodwood for years now and that year they had a free spot for something radical. 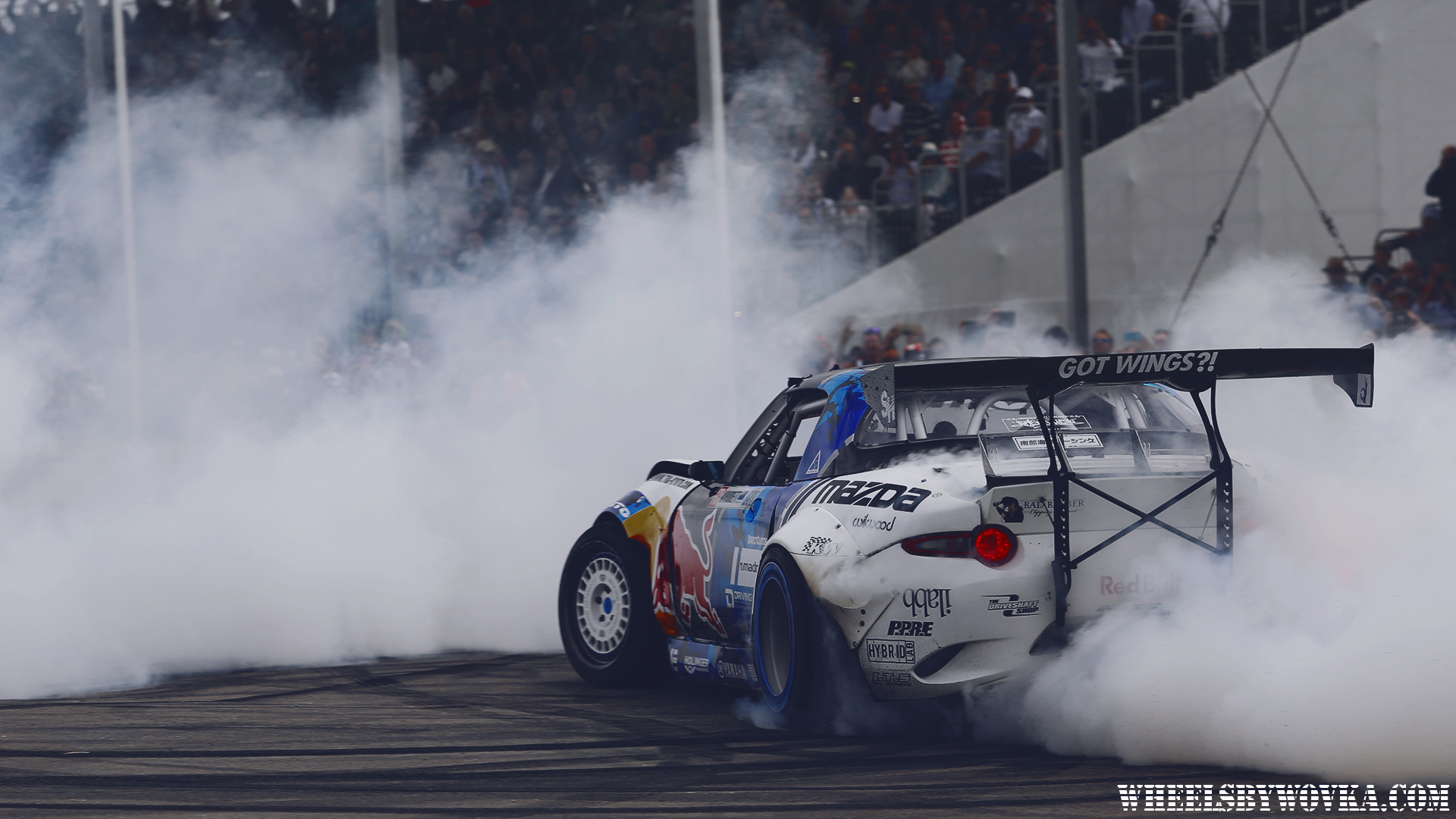 Quite sure the crowds didn’t understood what’s happening and compared his slidey run with the Red Arrows show. Even in 2017 I still heard from the visitors that they “read about those, how do you call them, drifters” and saw their faces when drifters went full lock into the Molecomb blind corner. Older generation just assumed that the driver has lost it and will crash in a second. 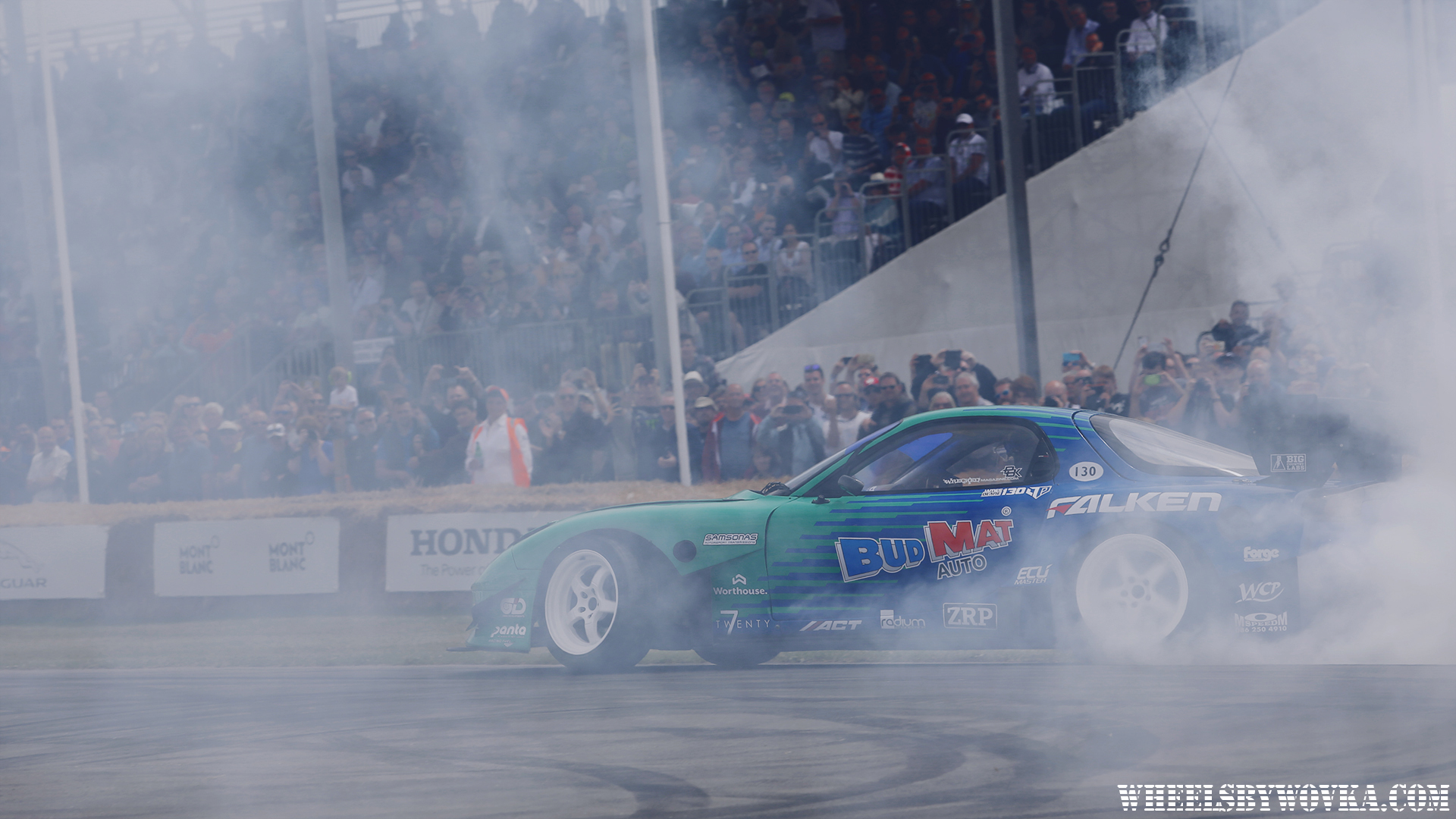 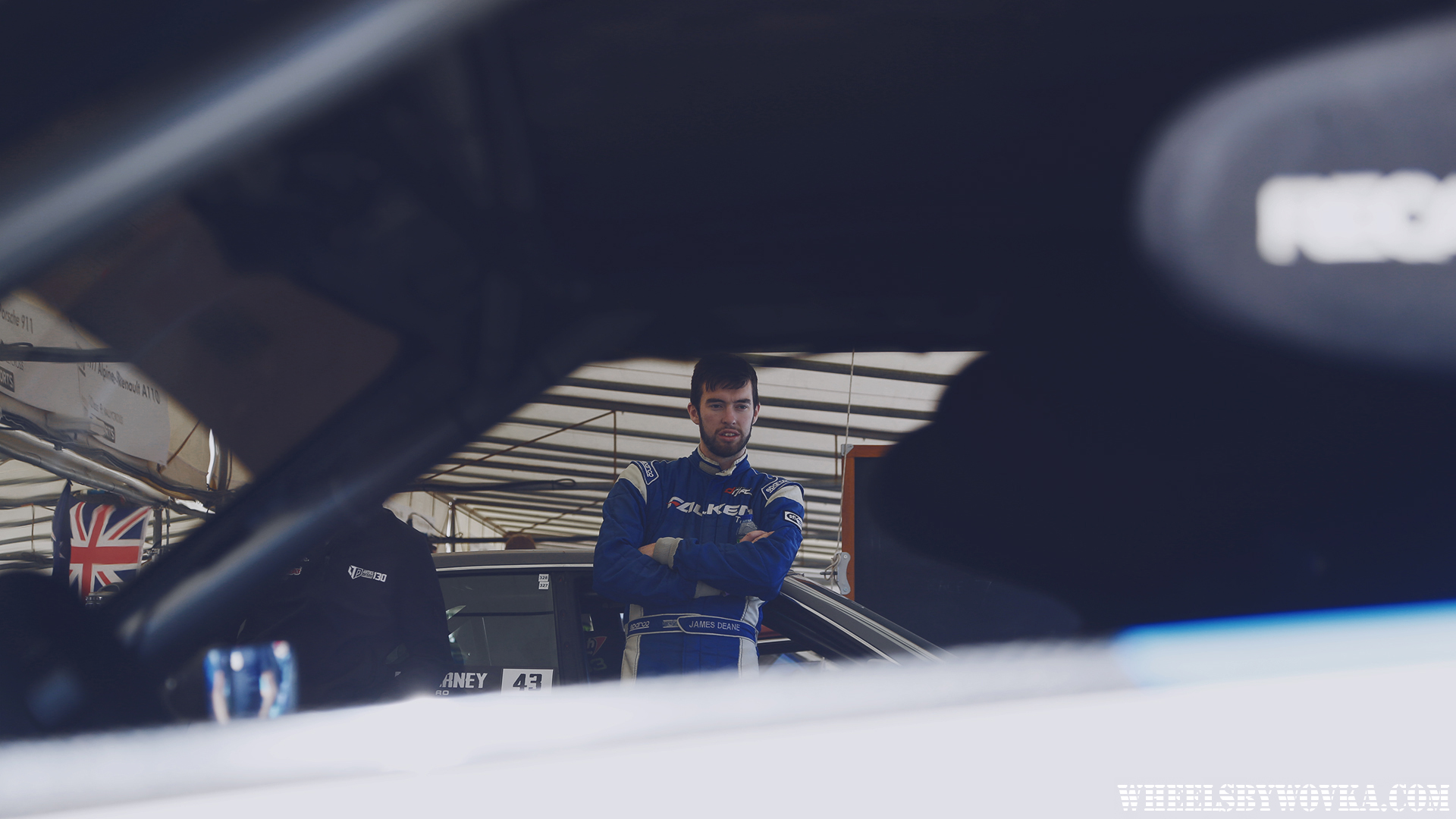 In 2016 it was the comeback of James Deane as well as a debut of few other IDC and BDC drivers: Martin Richards, Steve “Baggsy” Biagioni and his Monster Energy mate Luke Woodham. Masato Kawabata’s Guiness World Record setting GT-R was driven up the hill and you know what, it was painfully hard to find who was at the wheel, but after some digging I found the answer – it was Darren D-Mac McNamara. 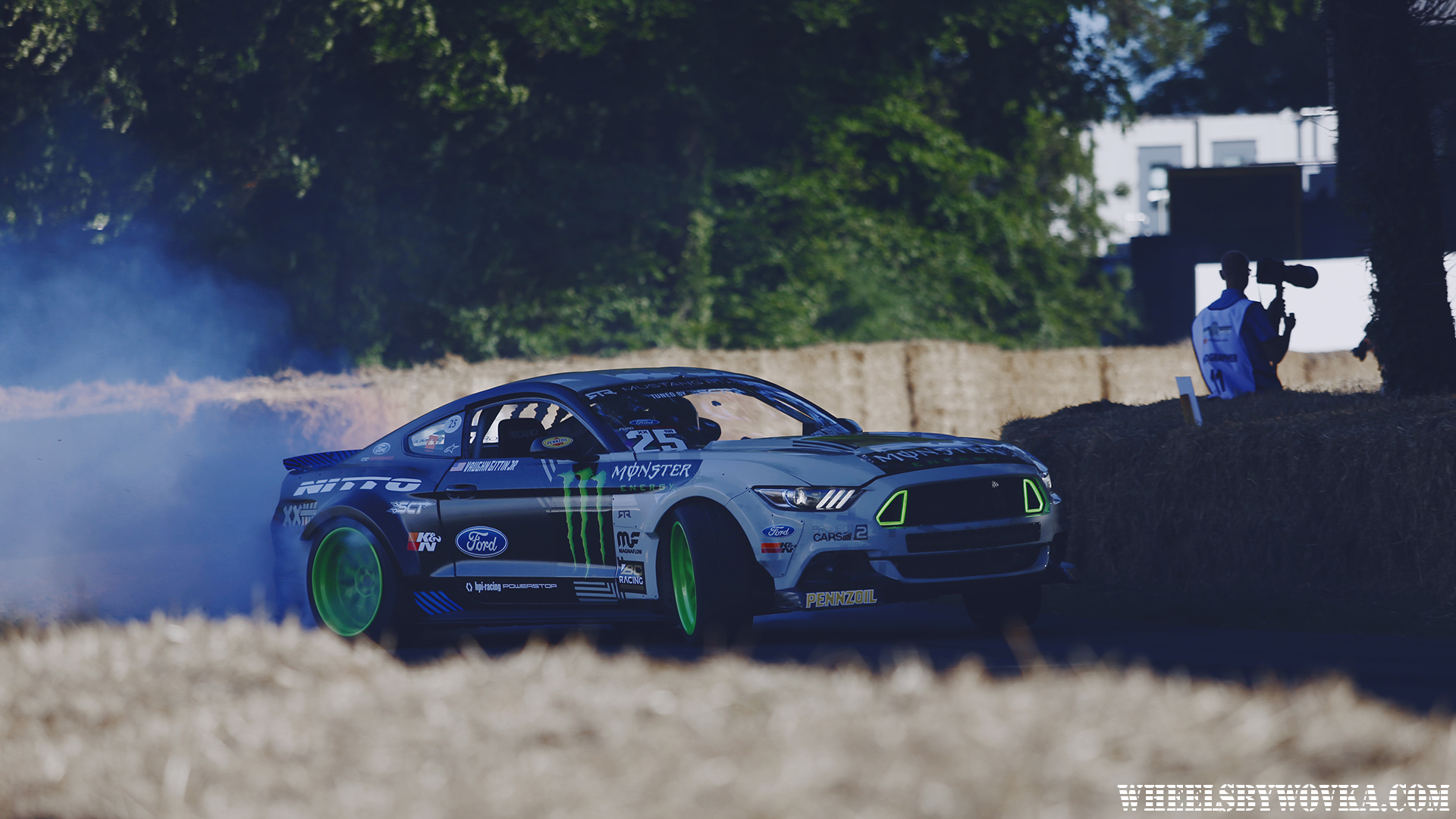 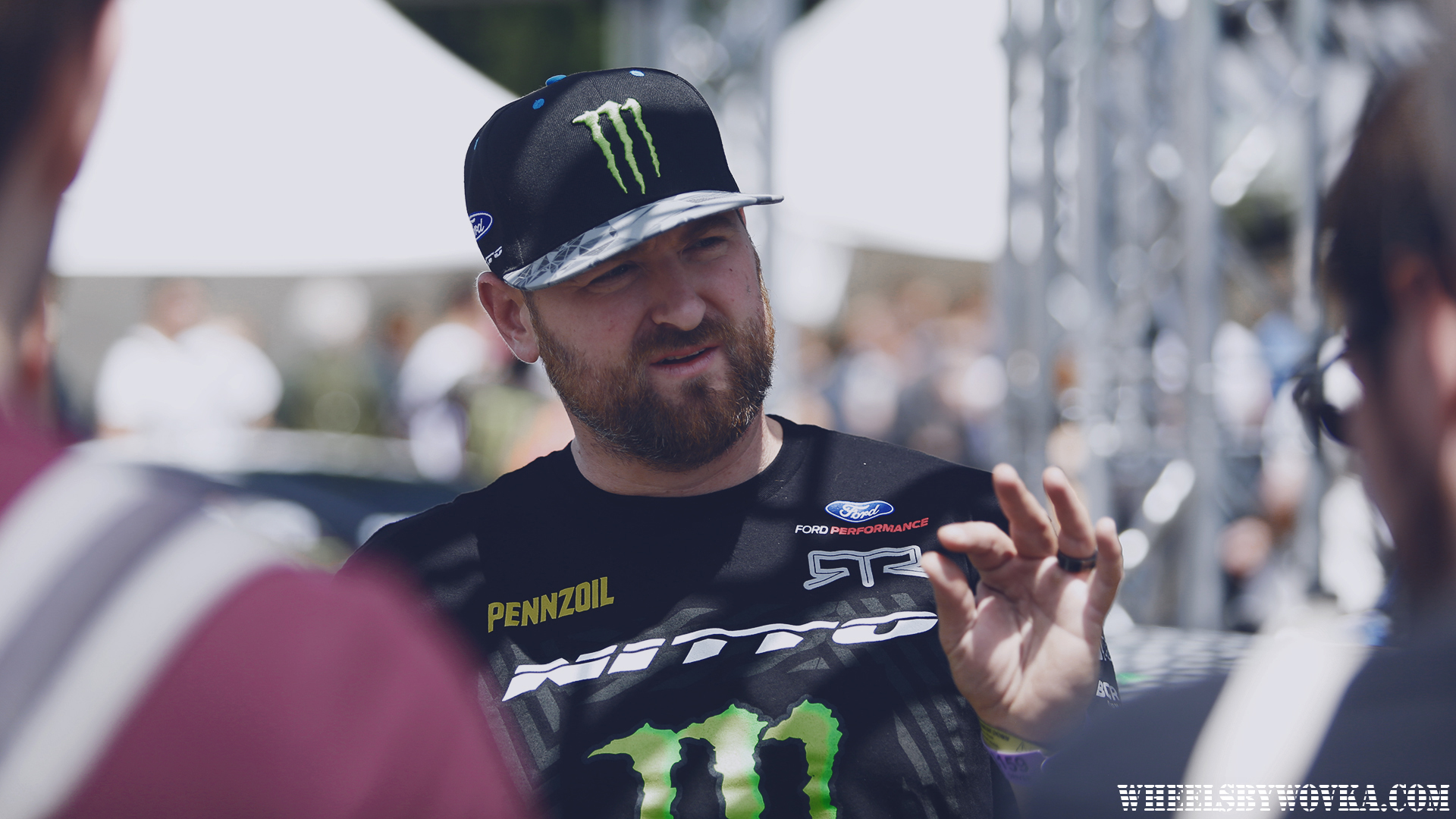 Even though 2016 had Mad Mike and Vaughn Gittin Jr representing Formula D, I would consider this year as the FD revolution at FOS. Chris Forsberg and Deane Kearney joined by a fresh FD sensation James Deane and previously mentioned Red Bull kiwi and the Mustang RTR driver were leading the FD assault. 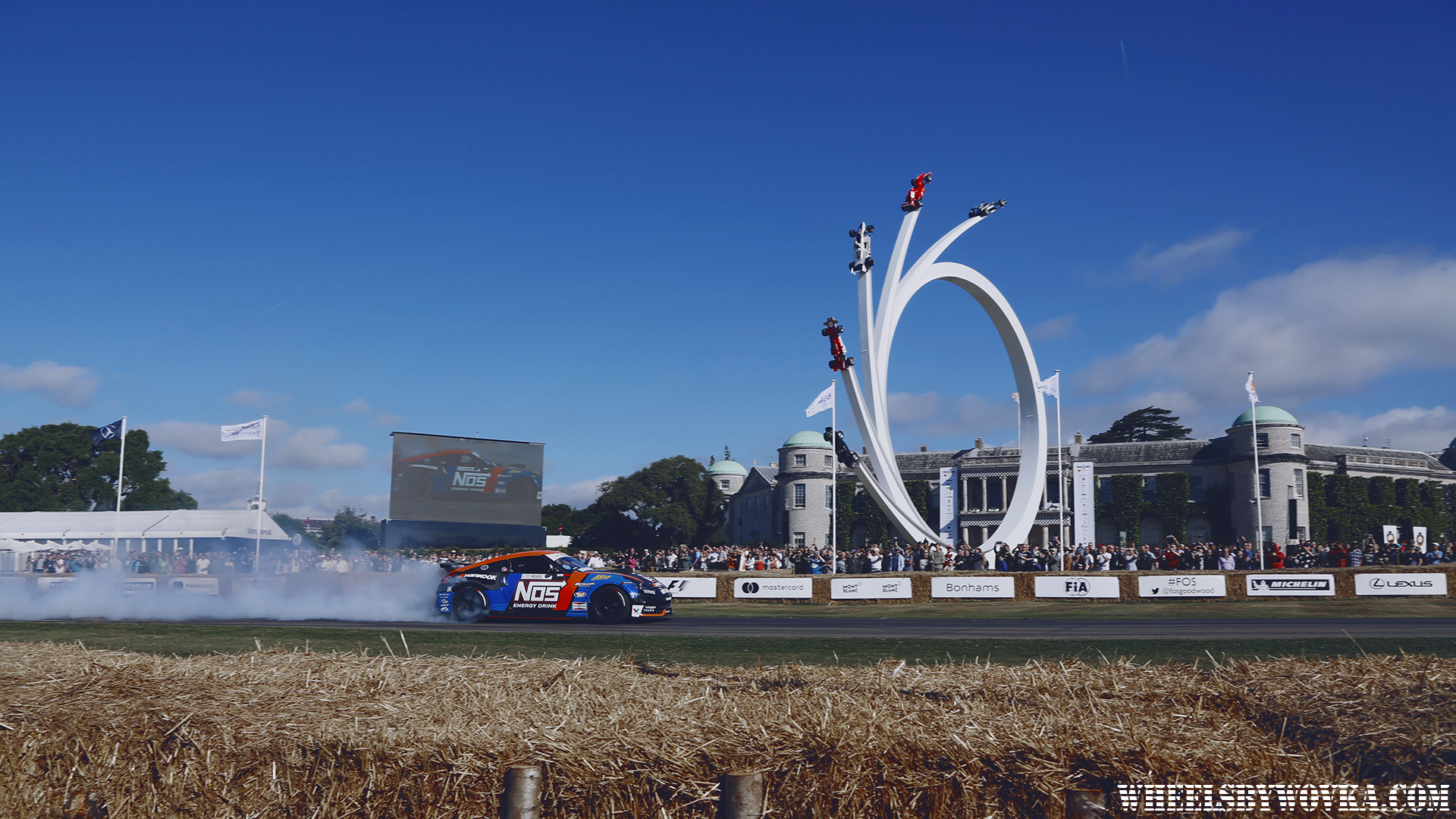 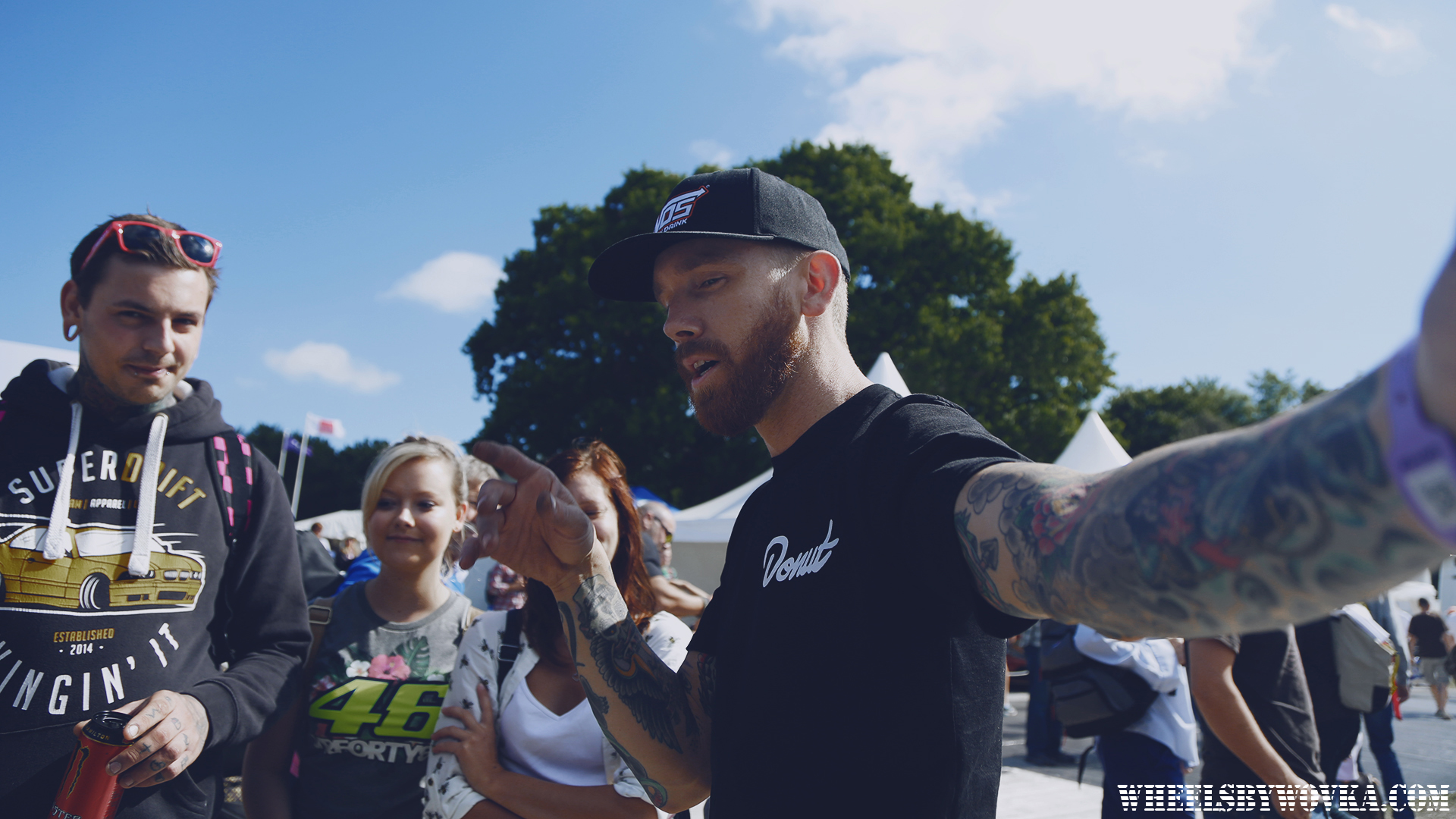 Now the elephant in the room: drifting has been a standard in Goodwood schedule for few years now, but I’m still not sure that it fits with the festival program. Yes, starting new traditions is great, but why it wasn’t presented based on the sport’s roots? Why weren’t Japanese drifters the first ones to appear at FOS and even when Kawaba’s GT-R was invited, it wasn’t Masato himself who was at the wheel. Even the FIA went the original route and started from Japan. 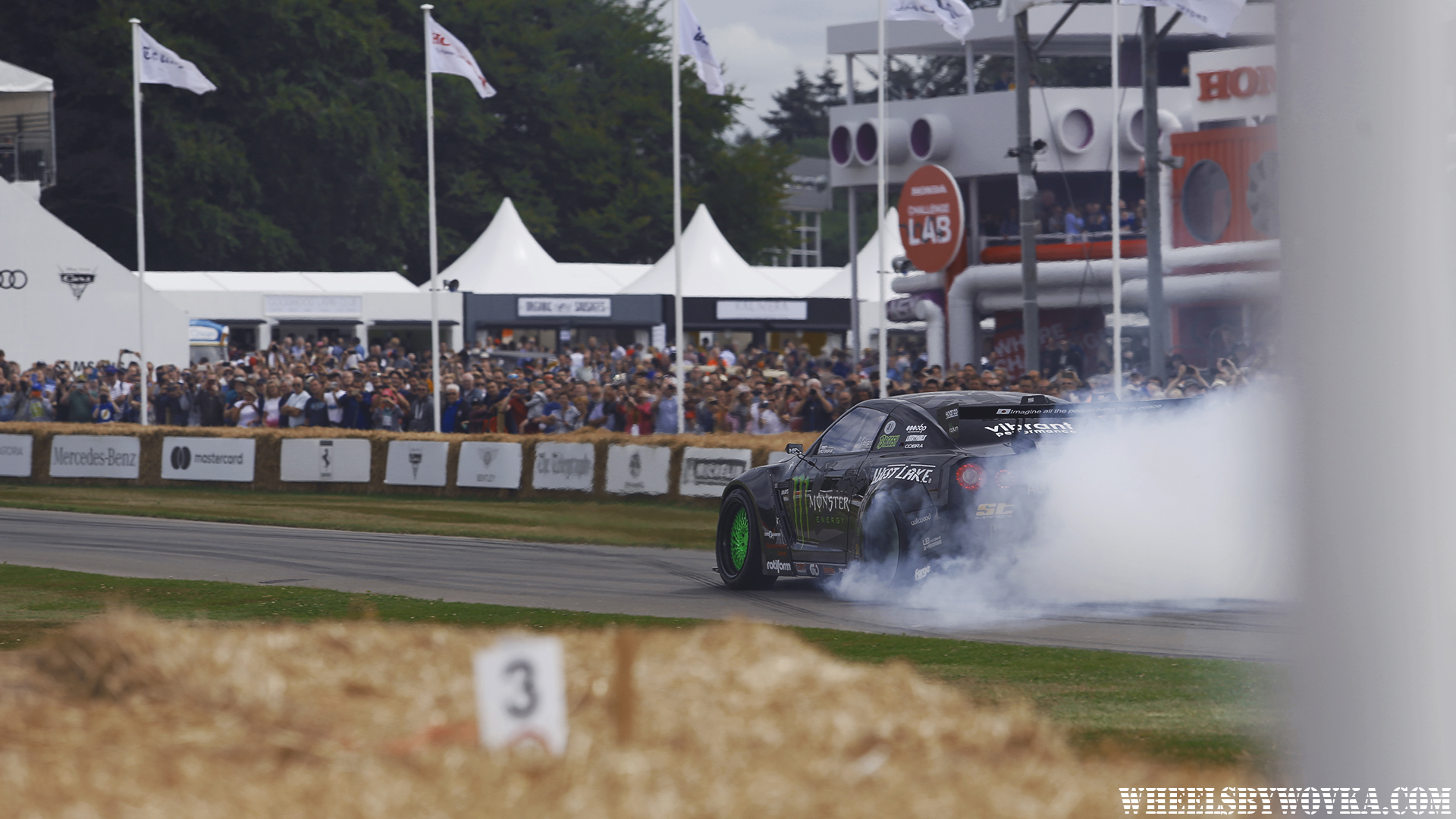 I wish that one day Lord March looks towards the rising sun while sitting on his balcony, throws away that energy drink can and invites the true fathers of drifting. 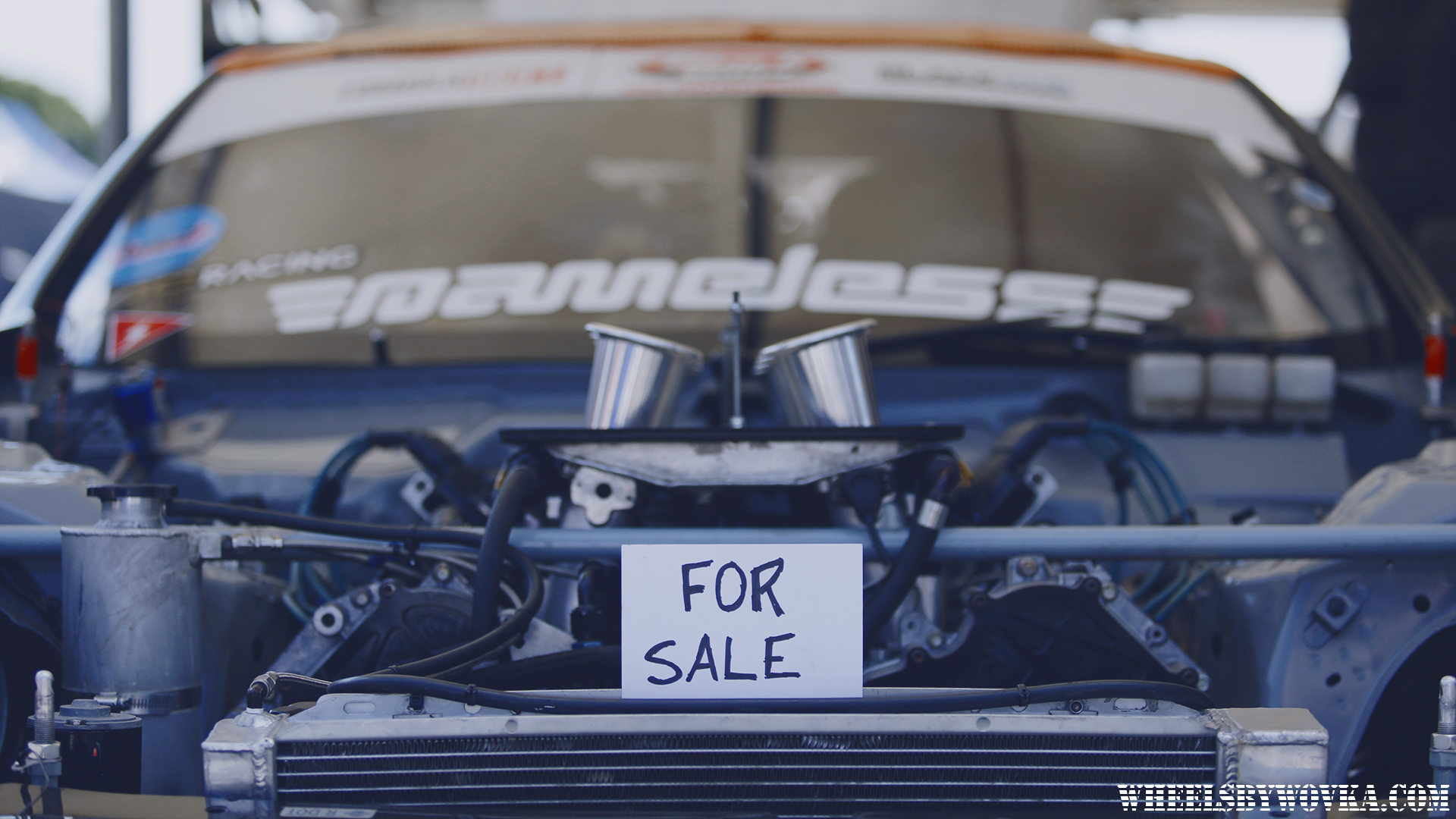