After an action packed Saturday with the Irish Drift Championship battles I had no idea what to expect from the Drift Masters drivers who are much less familiar with the track. They did have trainings during the week, but that’s nothing compared to the Irish, who drift here for 15 years straight. 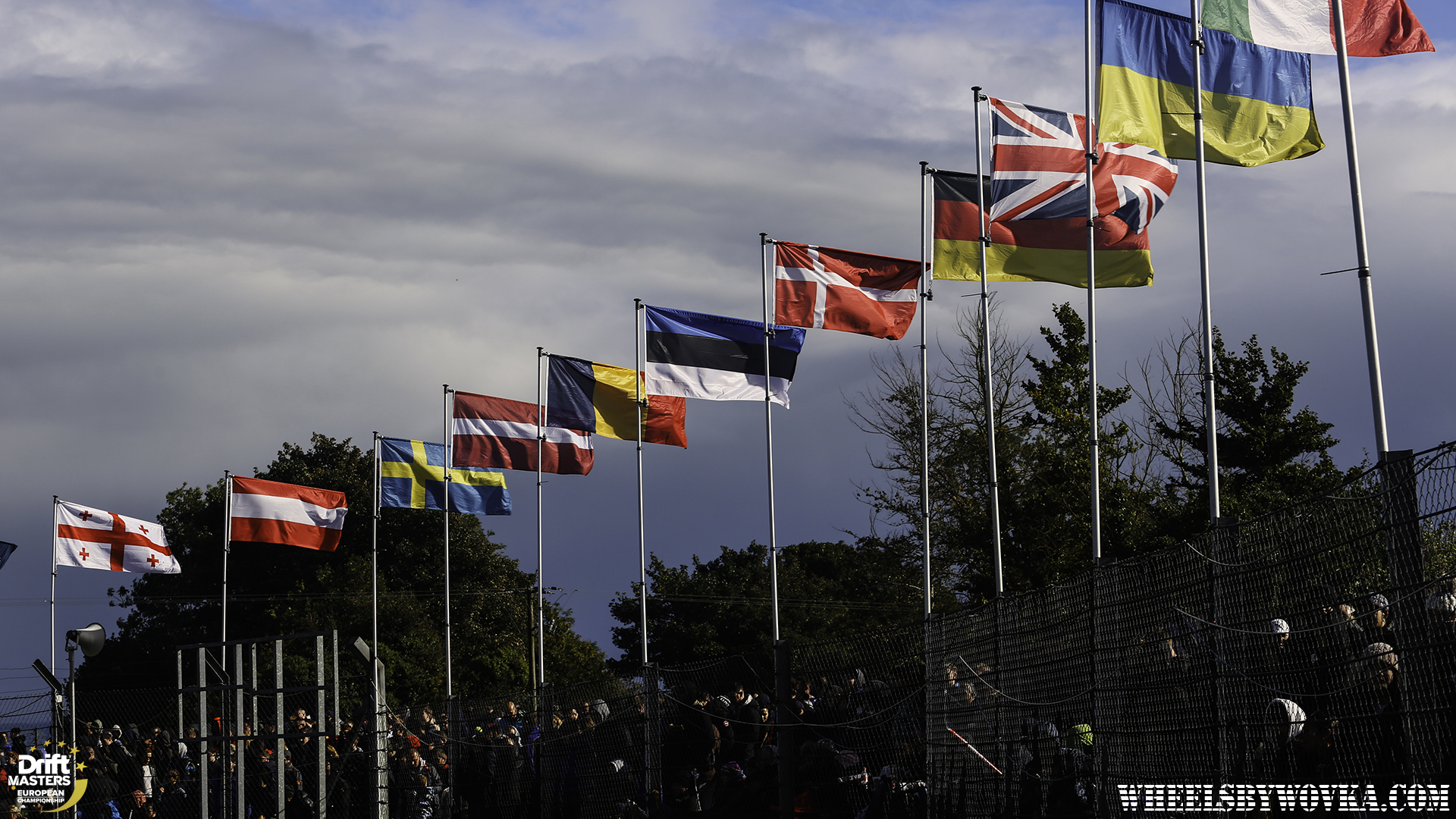 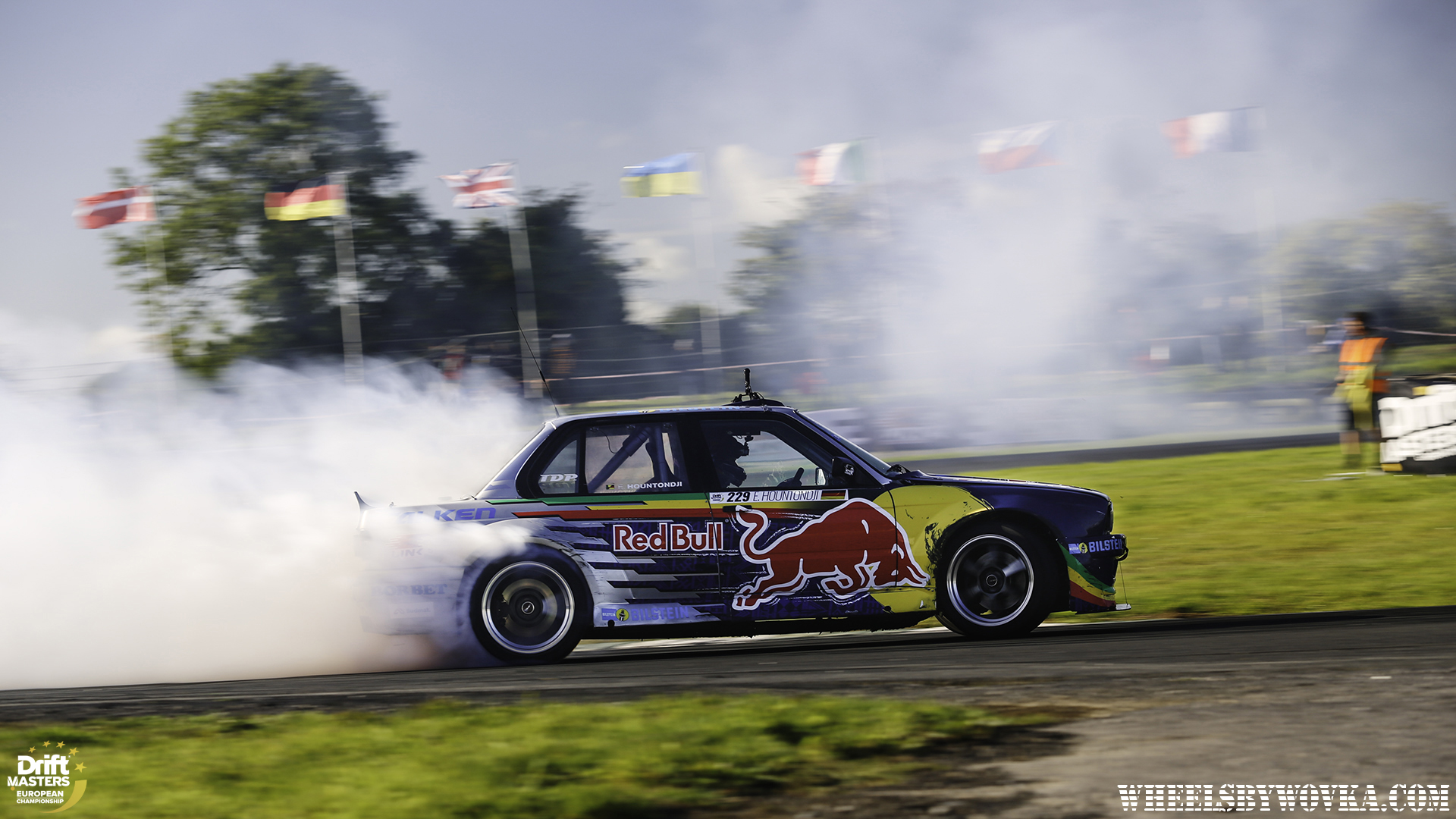 Remember, I did say that nobody was able to beat the Irish at home yesterday as well as the last 15 years. This Sunday would be the last opportunity of the year to do so. 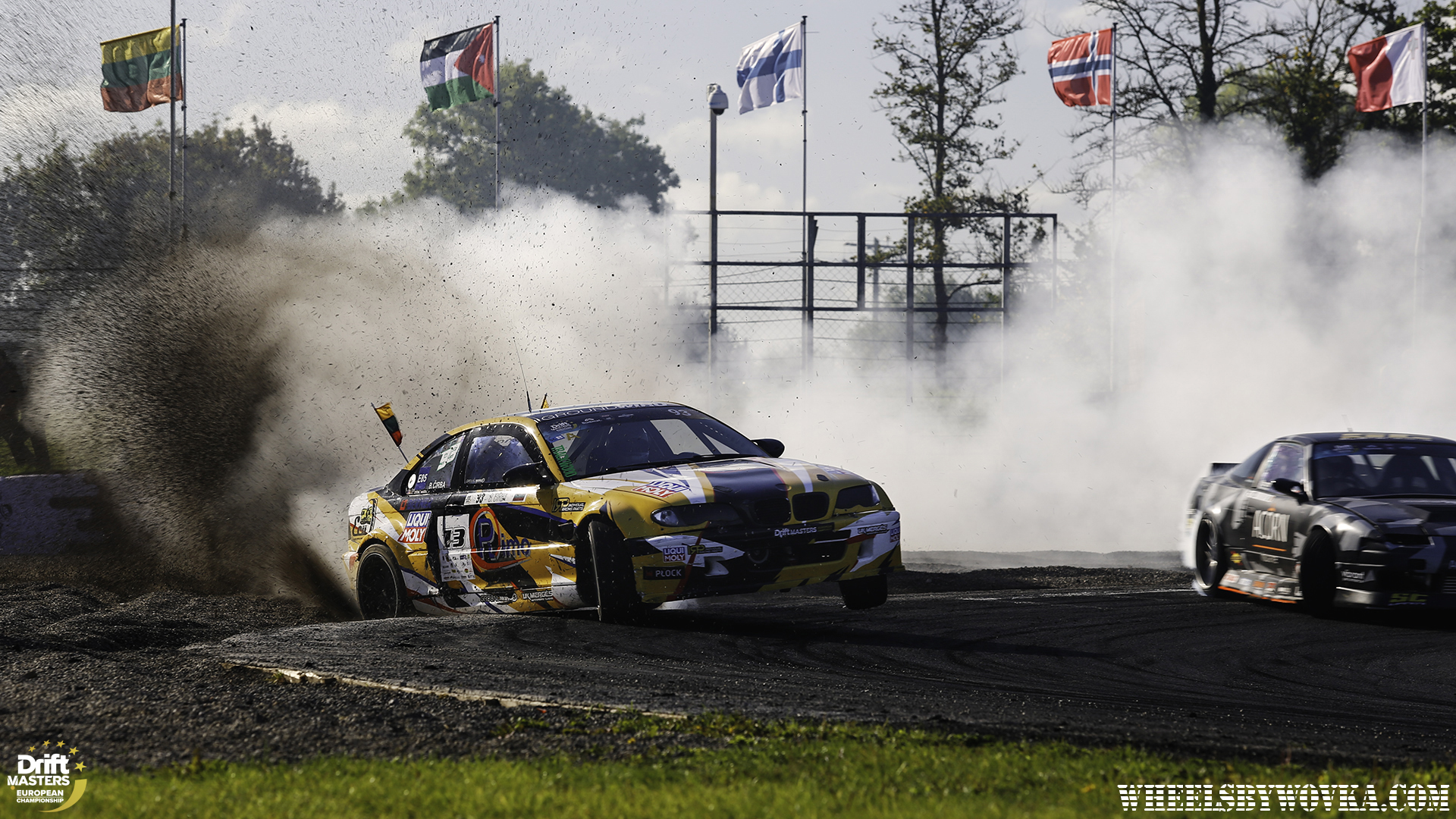 Top 10 finishers from IDC got the opportunity to drift with Europe’s best. Europe’s best on the other hang just got themselves ten additional freakishly strong drivers to go up against: both Shanahans, Duane McKeever, Mitch Larner, etc. Top that with Deane Kearney in his 2017 FD competition Viper and Forrest Wang in his S14. 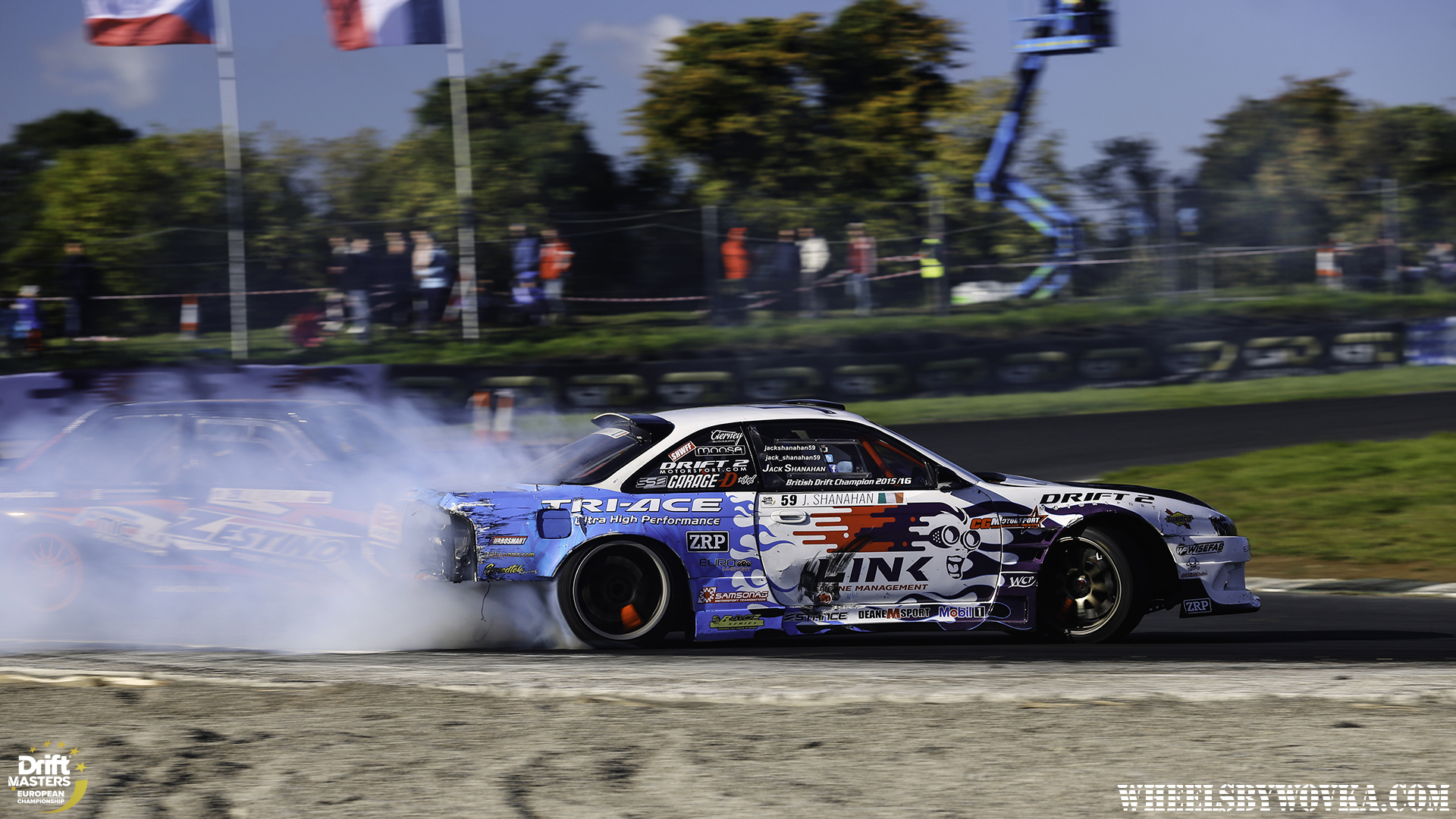 If yesterday was cloudy and rainy, Sunday morning was crisp and sunny. Photographing the event would be a whole different deal 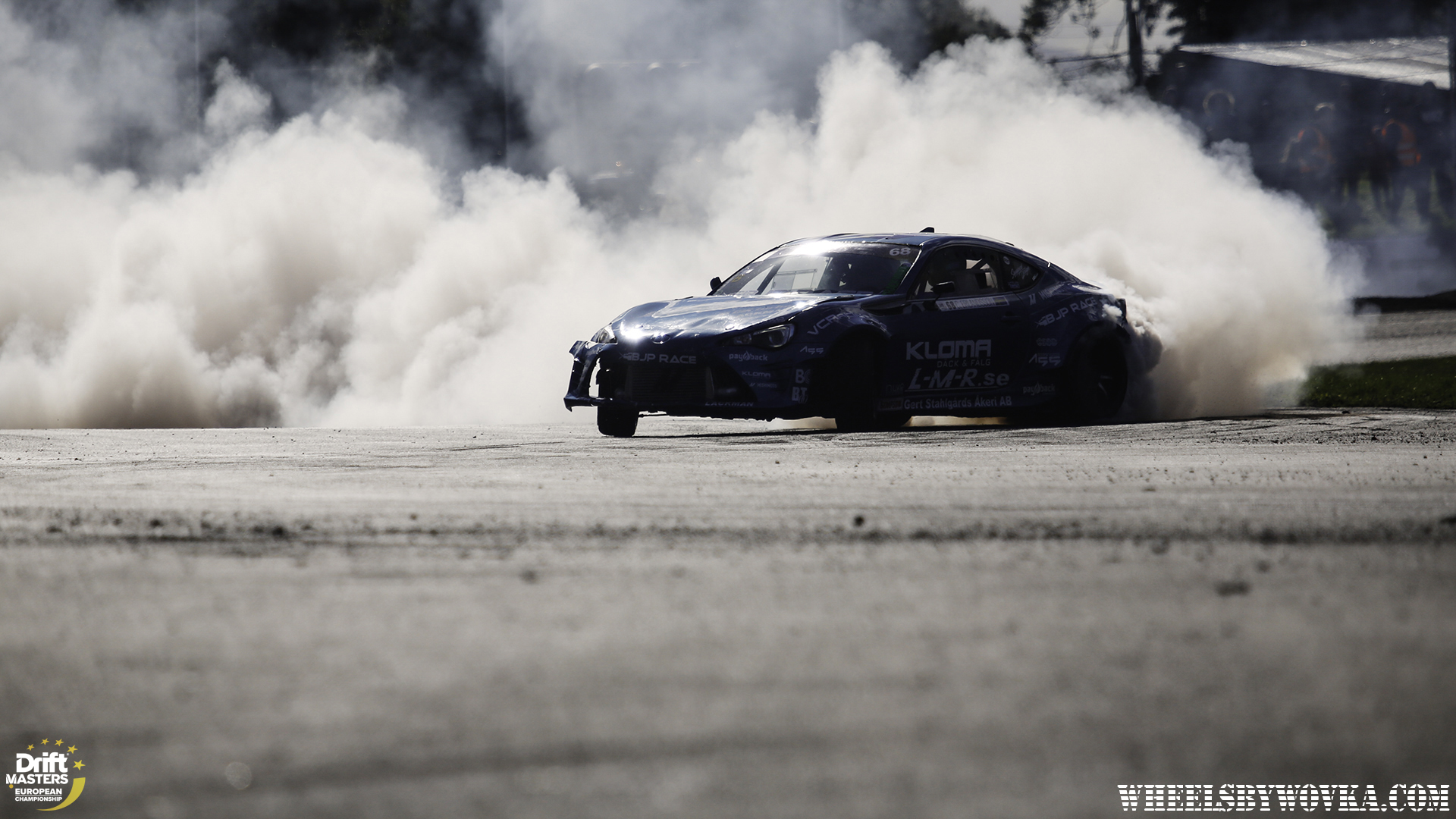 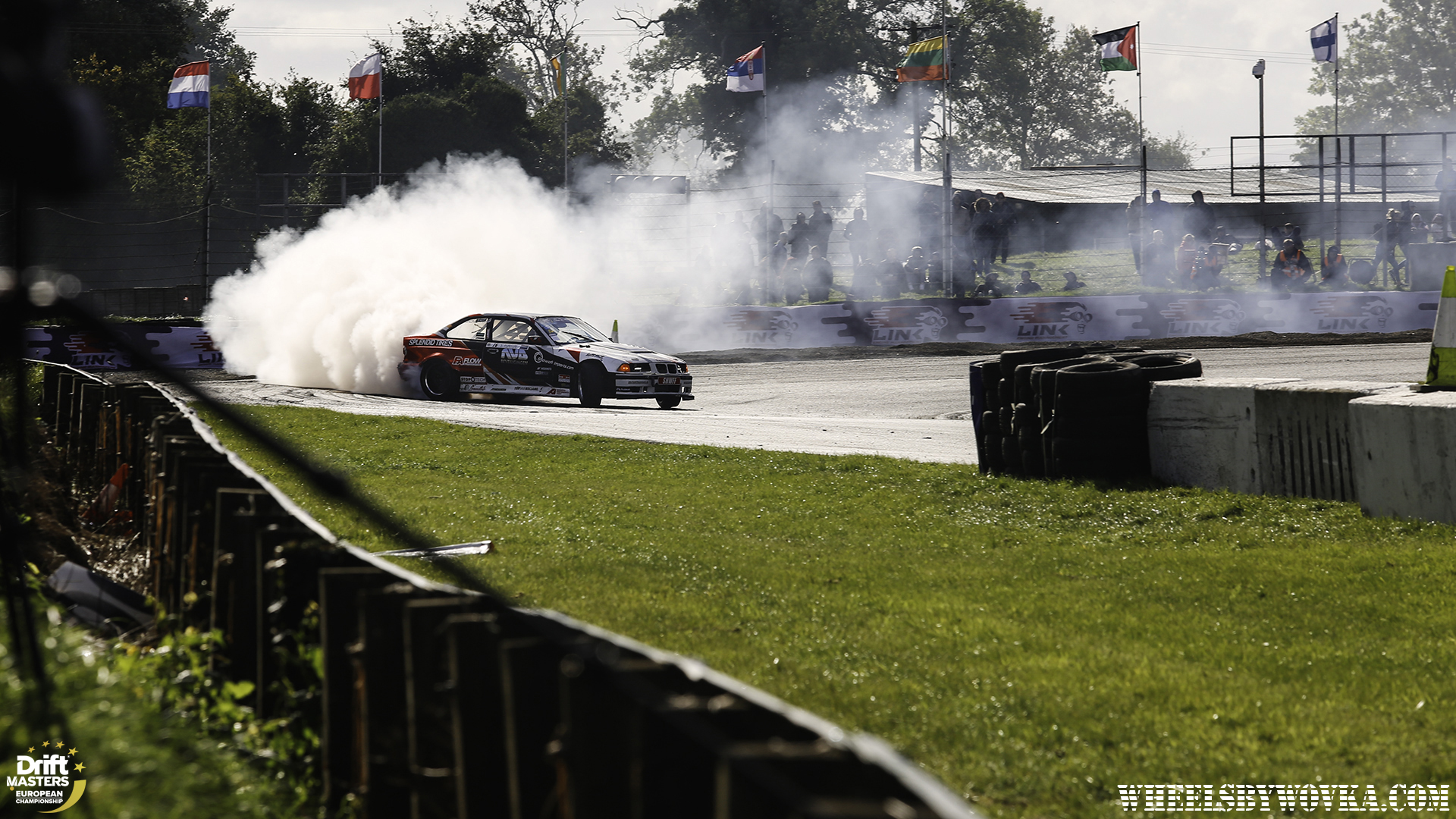 It would still occasionally rain, but that gave an opportunity to photograph the cars from behind without worrying about the clouds of smoke covering the whole car. 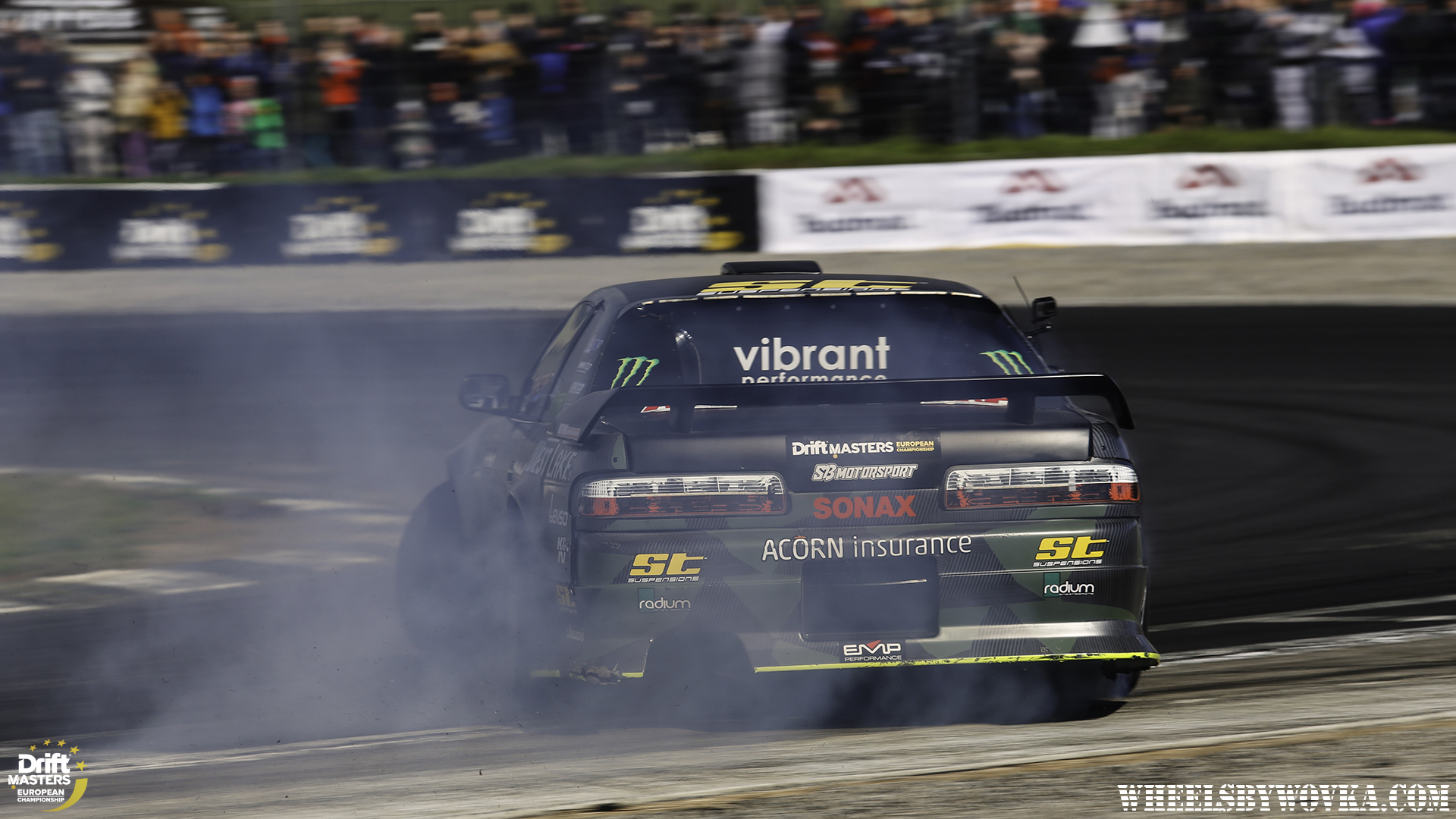 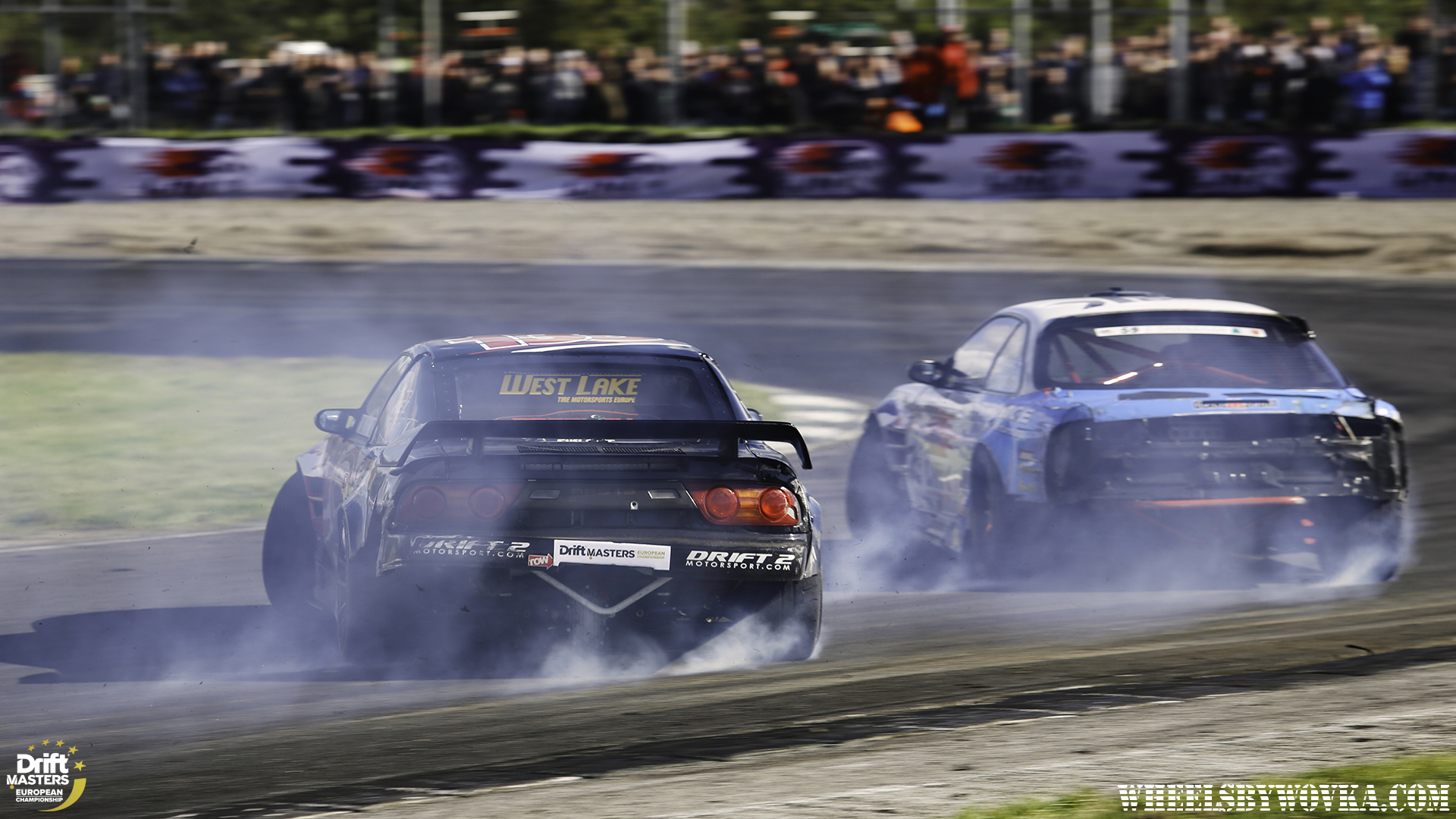 This year Tor Arne Kvia was one of my favourite drivers. He brings aggressive style to the championship, as well as turns me up against all the turbo engines that I love with his whiny supercharger. 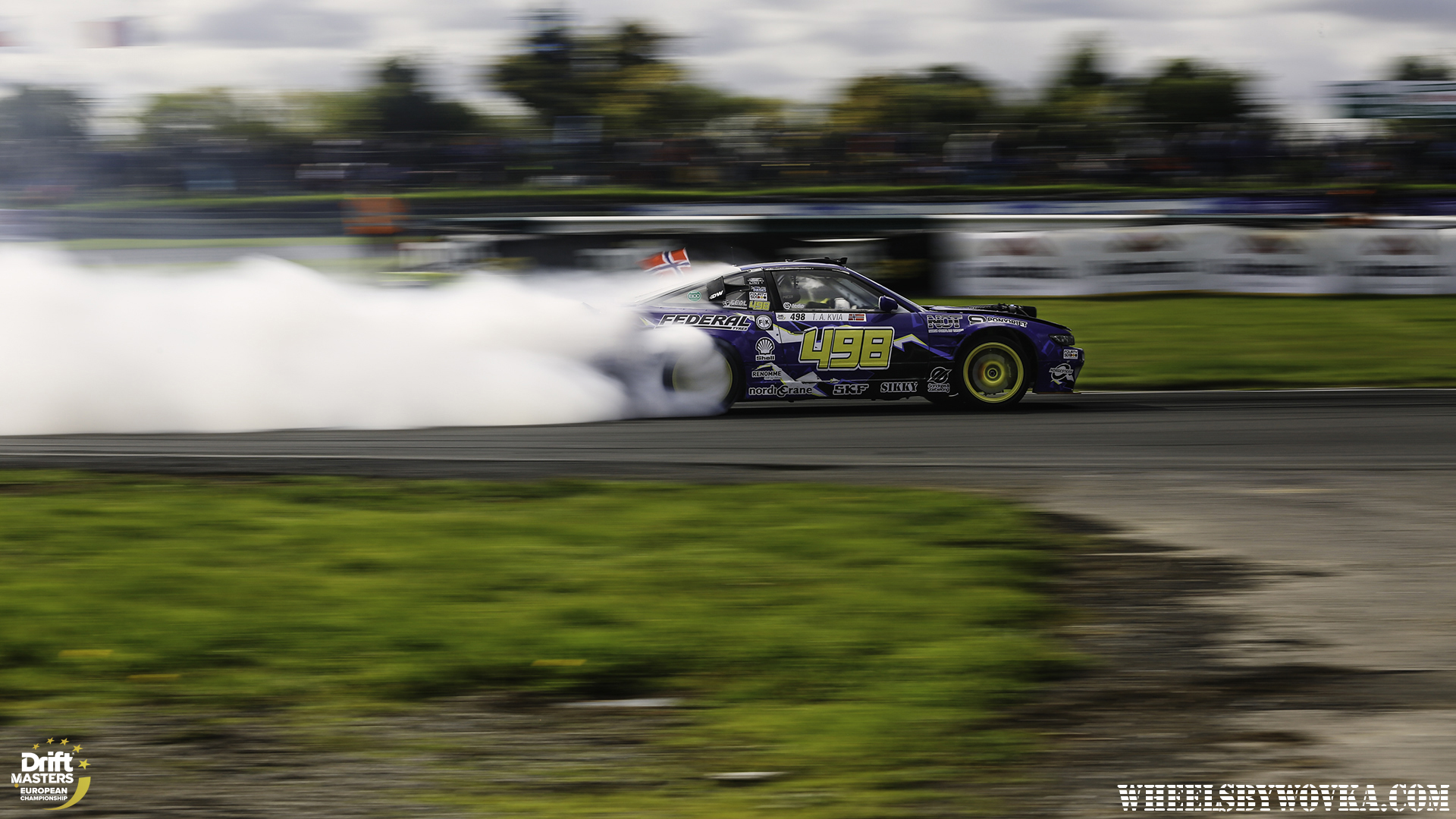 While Baggsy did qualify in a decent spot, his ACORN teammate Nigel Colfer failed to do so, quite unexpected really. -1 Irish to hold off the Europeans. 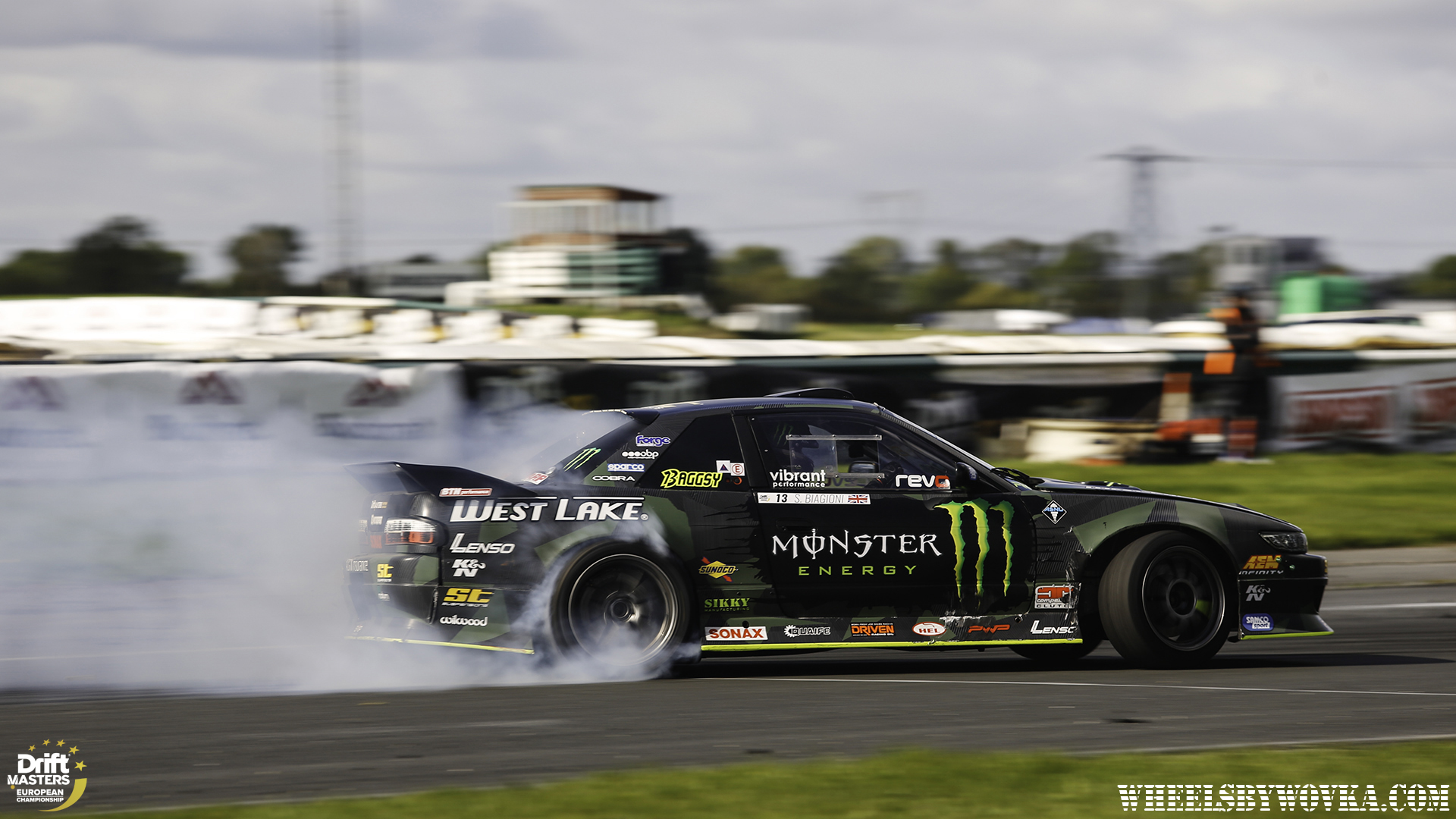 It would not be easy for James Deane also, already in Top32 he was against one of the strongest Polish drivers – Paweł Borkowski. 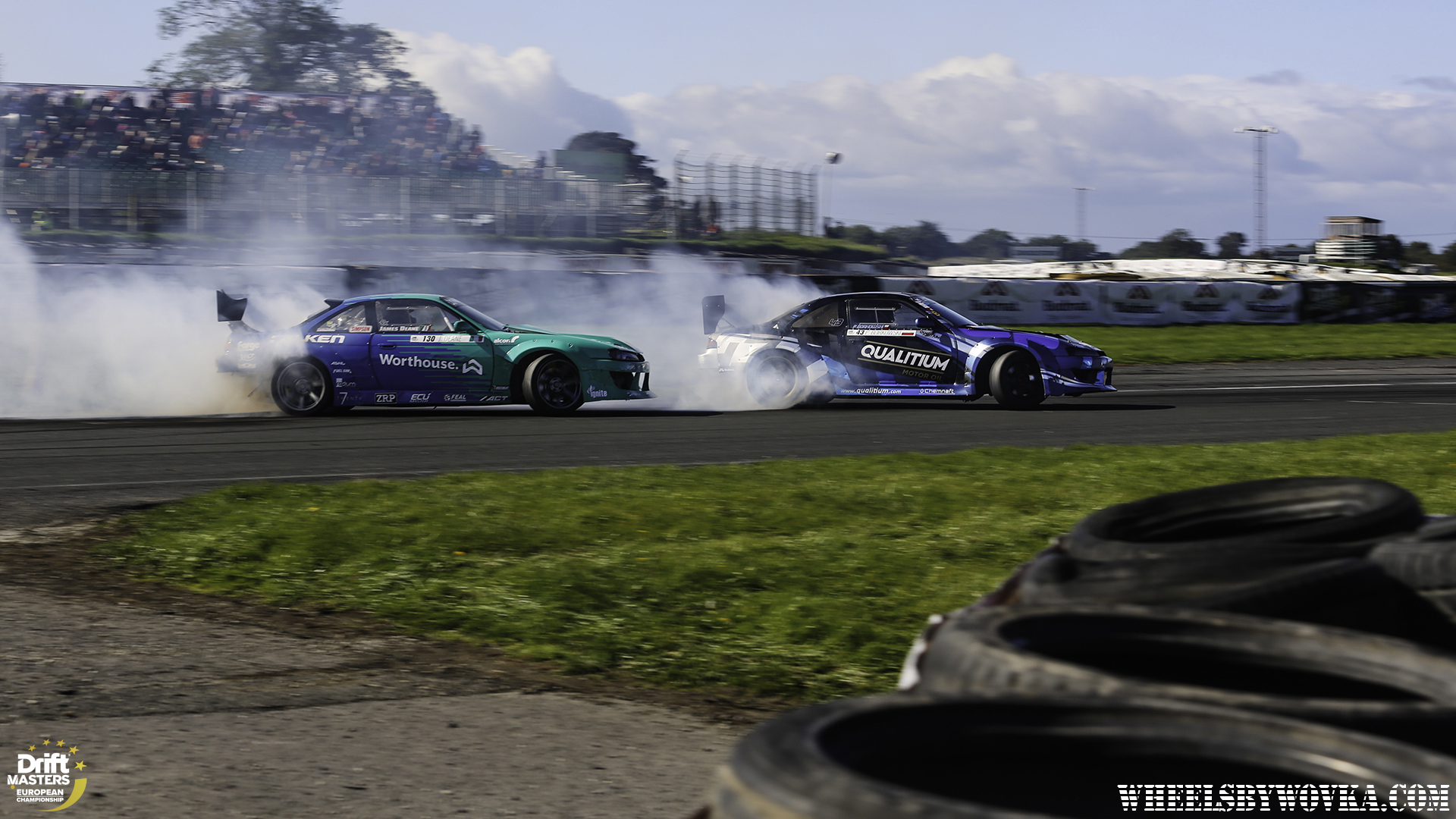 Seeing Forrest Wang and Deane Kearney was just like a small taster before my trip to Irwindale in few weeks. 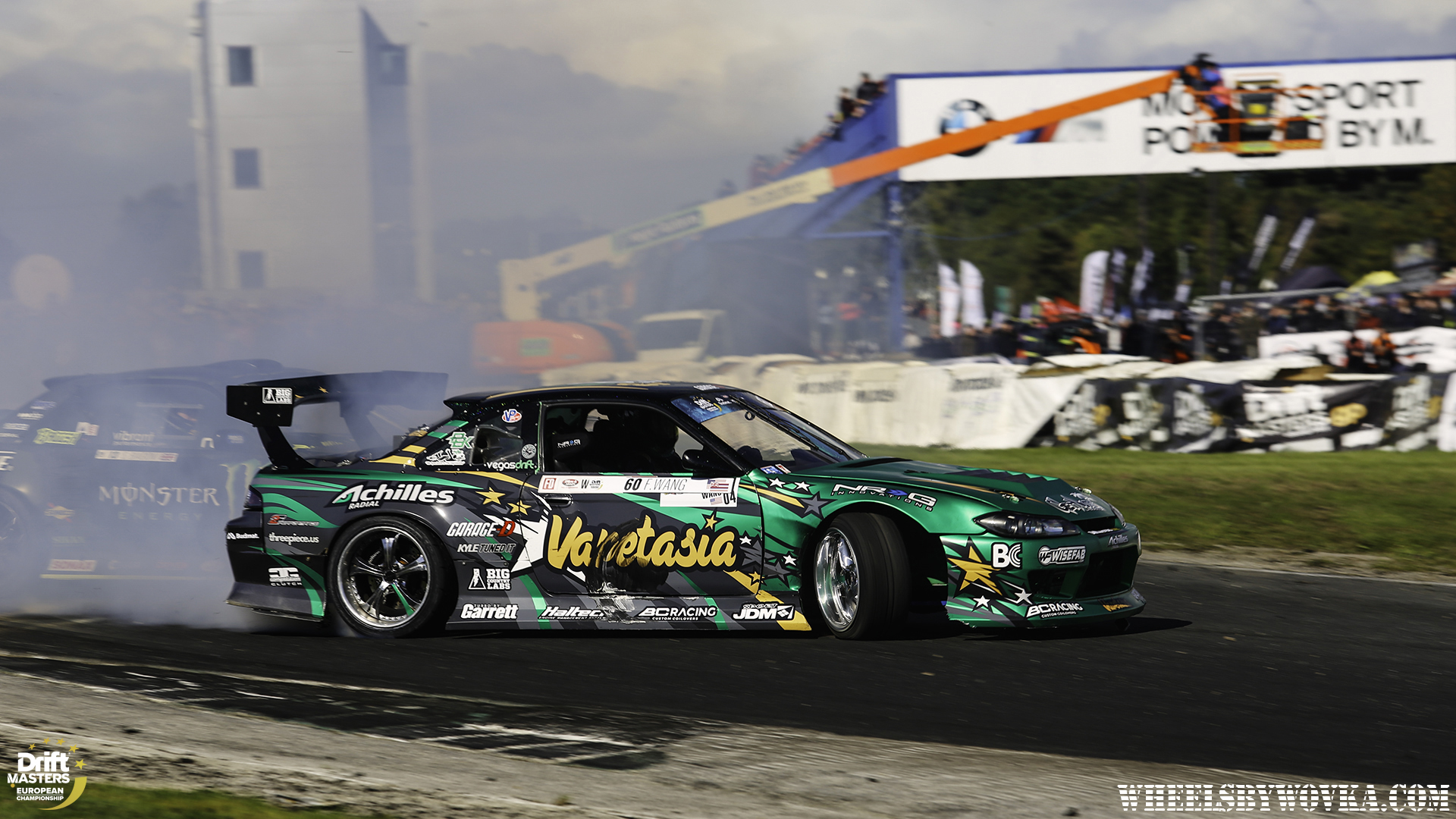 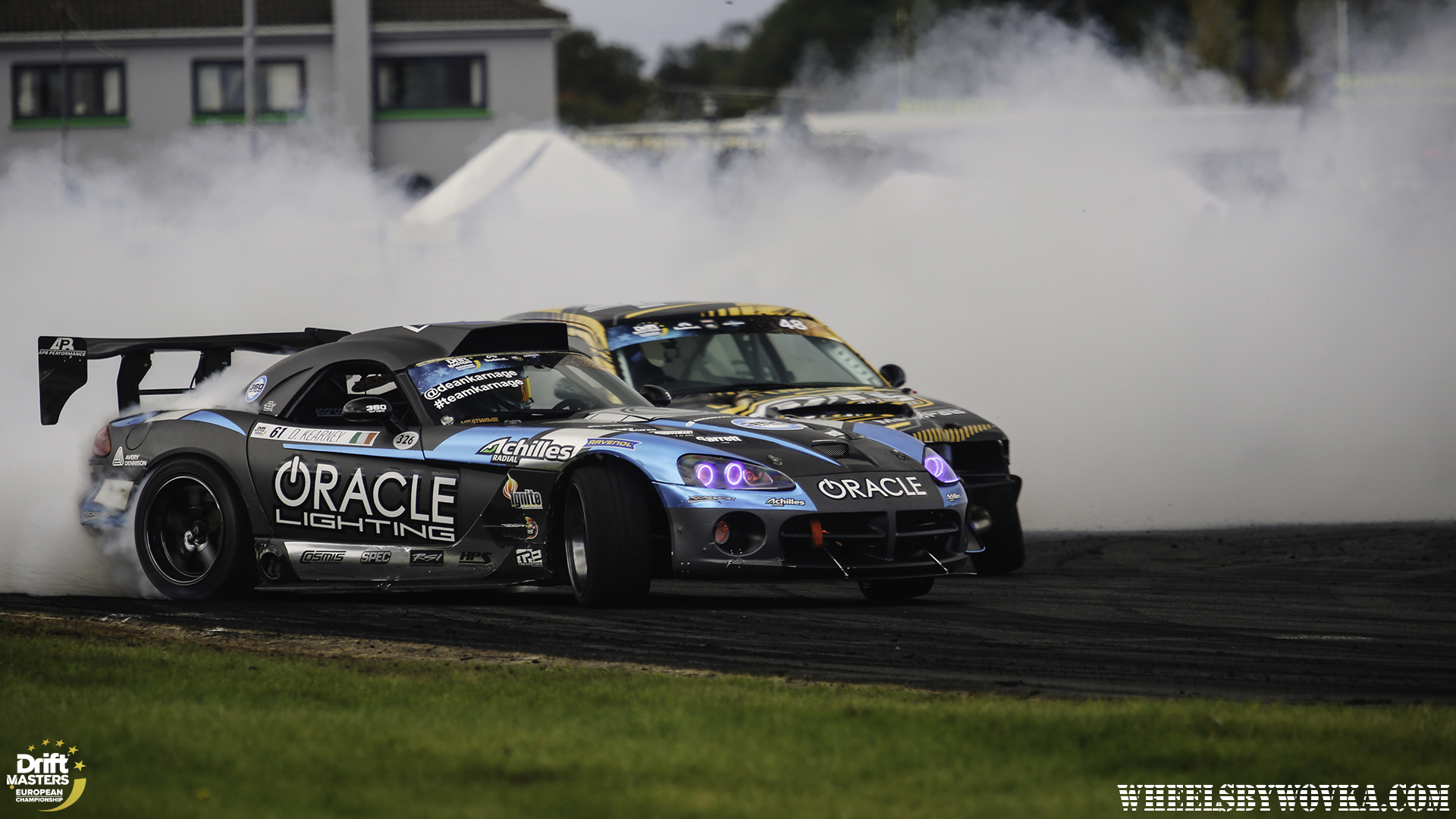 Thing is, this is Kearney’s 2017 Viper, which was in my opinion always undriveable. So his progress in the tournament wasn’t long. He would be taken down by Paul McCarthy. You should keep an eye at him, at least try to count how many body panels his car was losing with every battle. 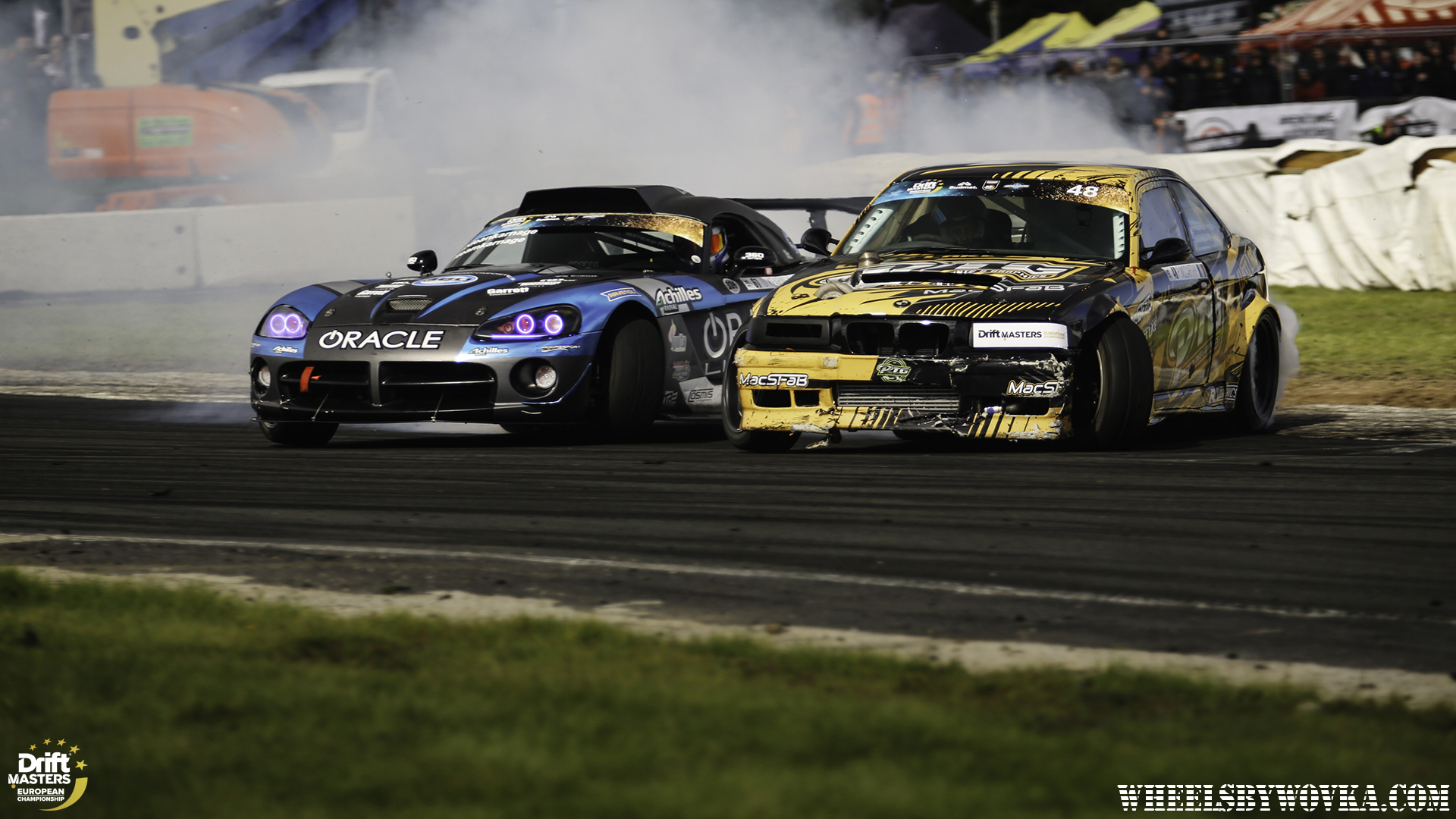 First corner, as always, would surprise plenty of drivers 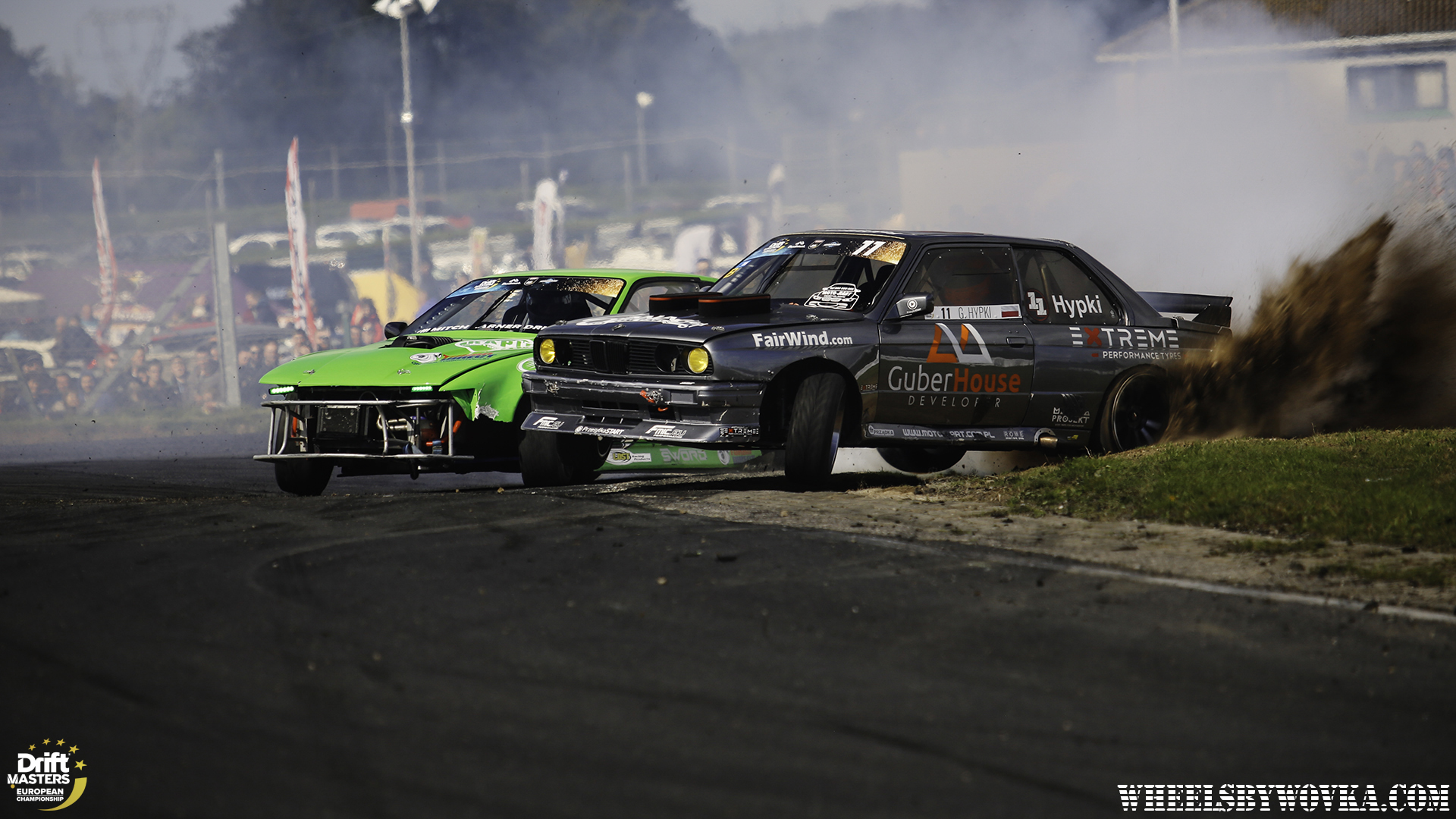 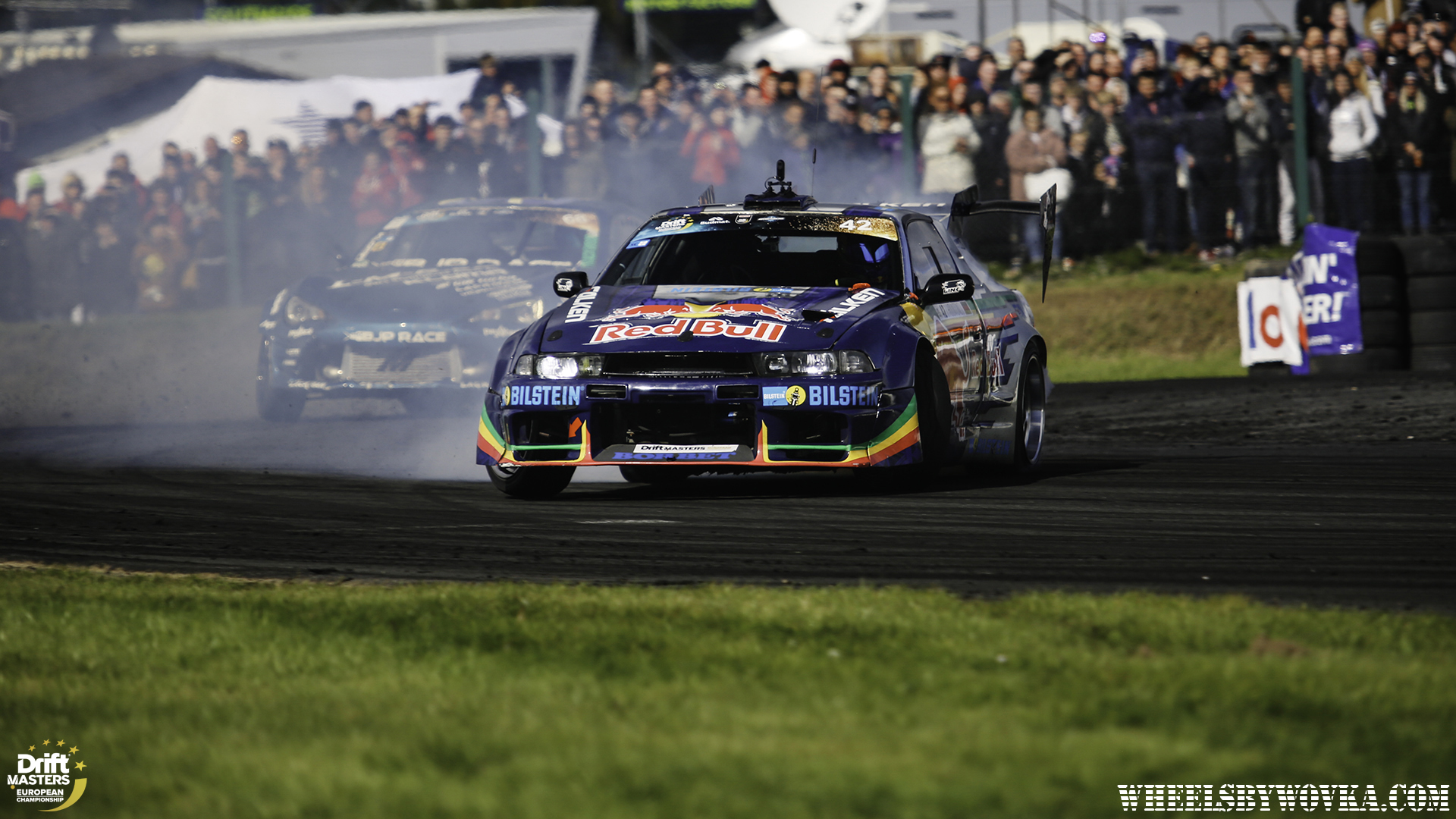 This time highest expectations were on Matt Carter, who came 2nd in yesterday’s competition. 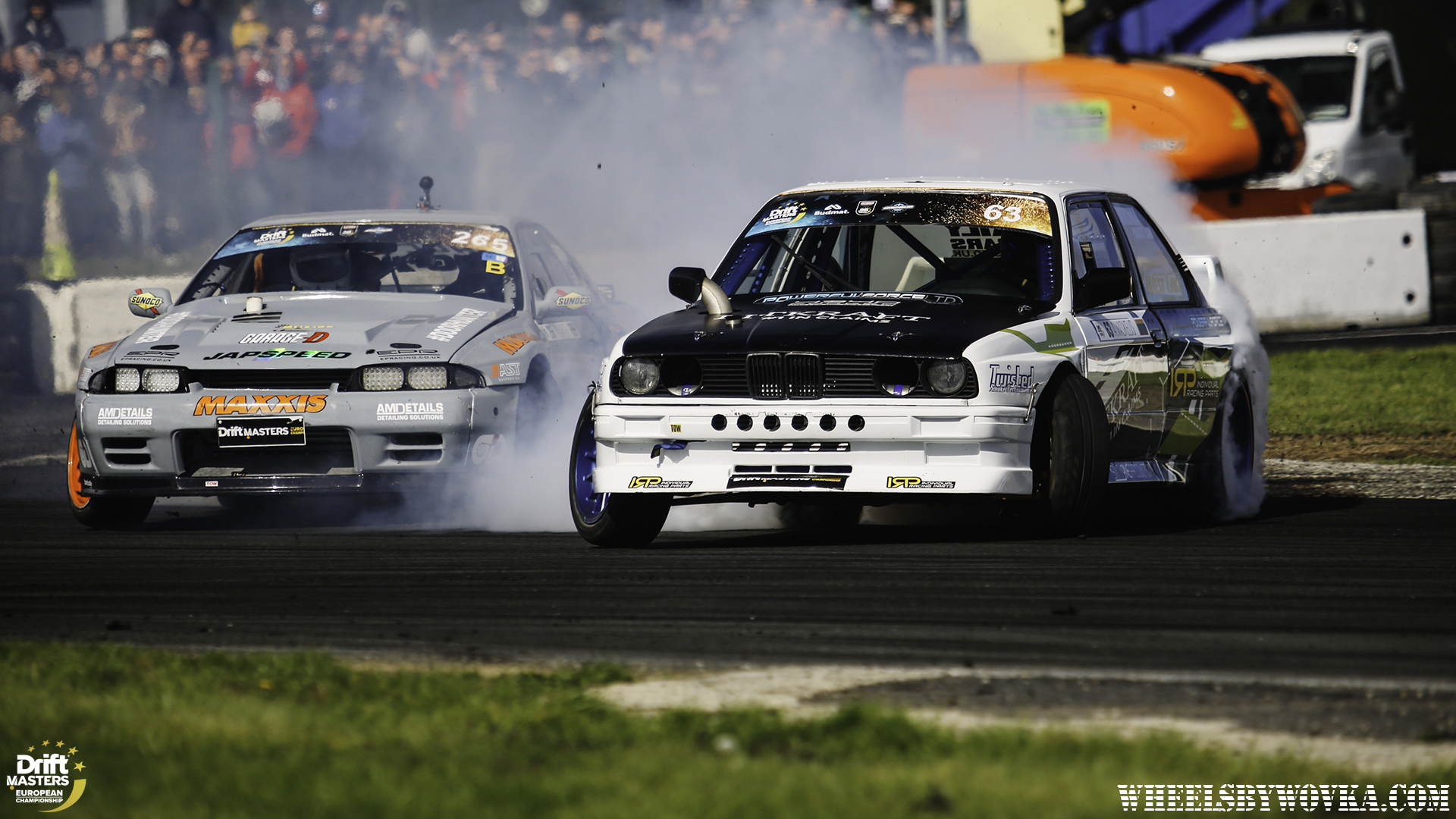 Can you spot the second car next to Michal Reichert’s BMW? 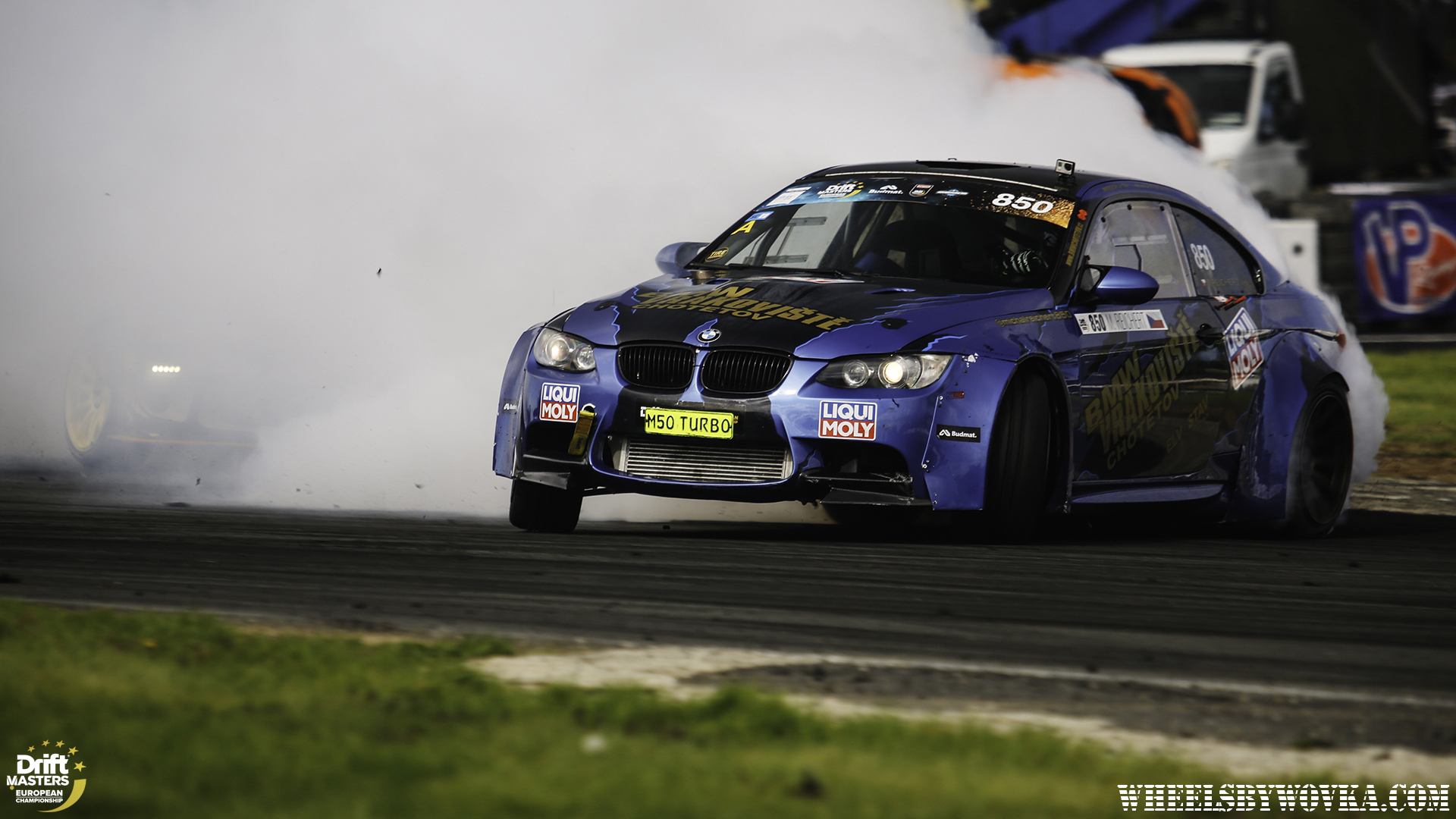 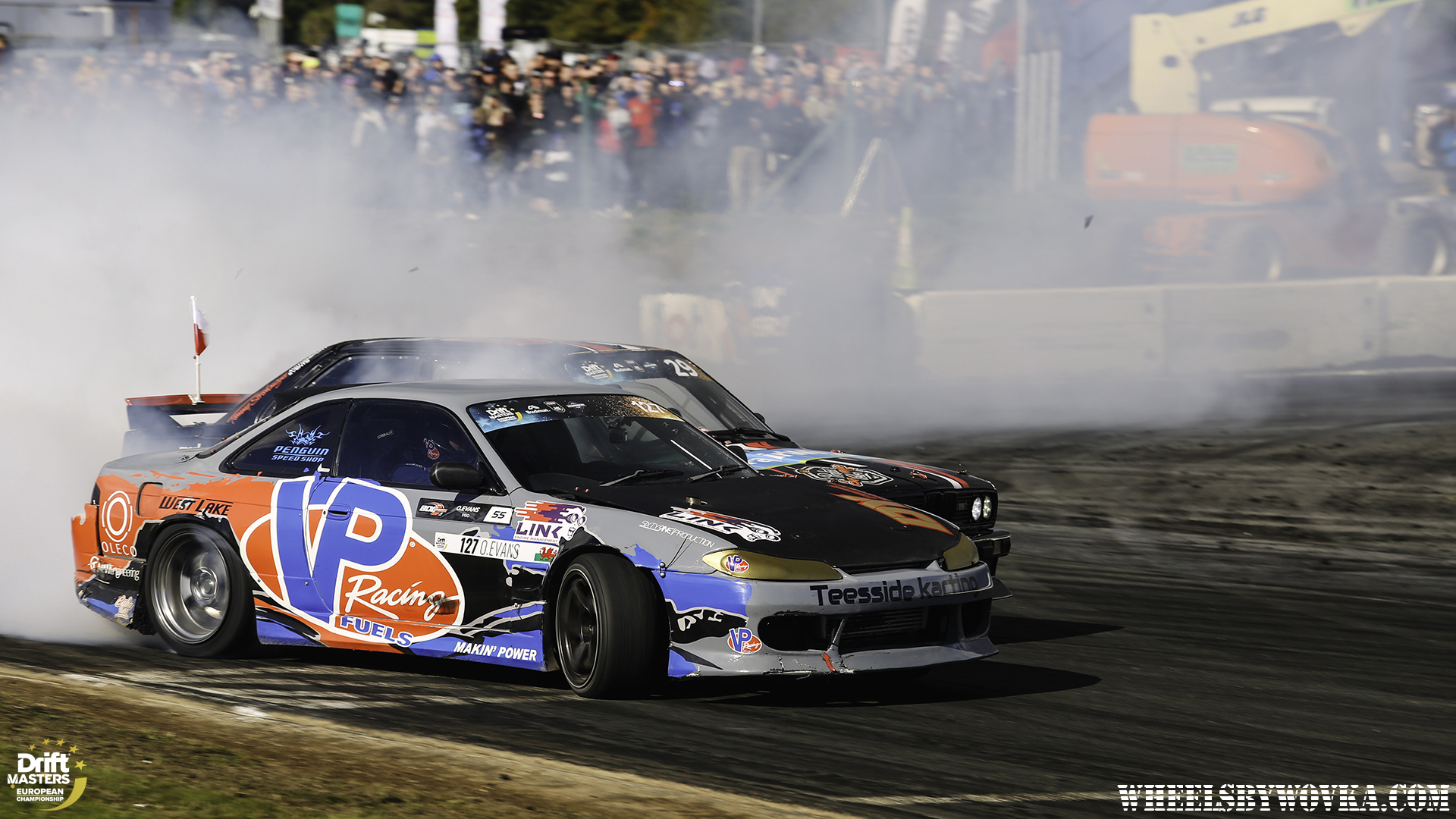 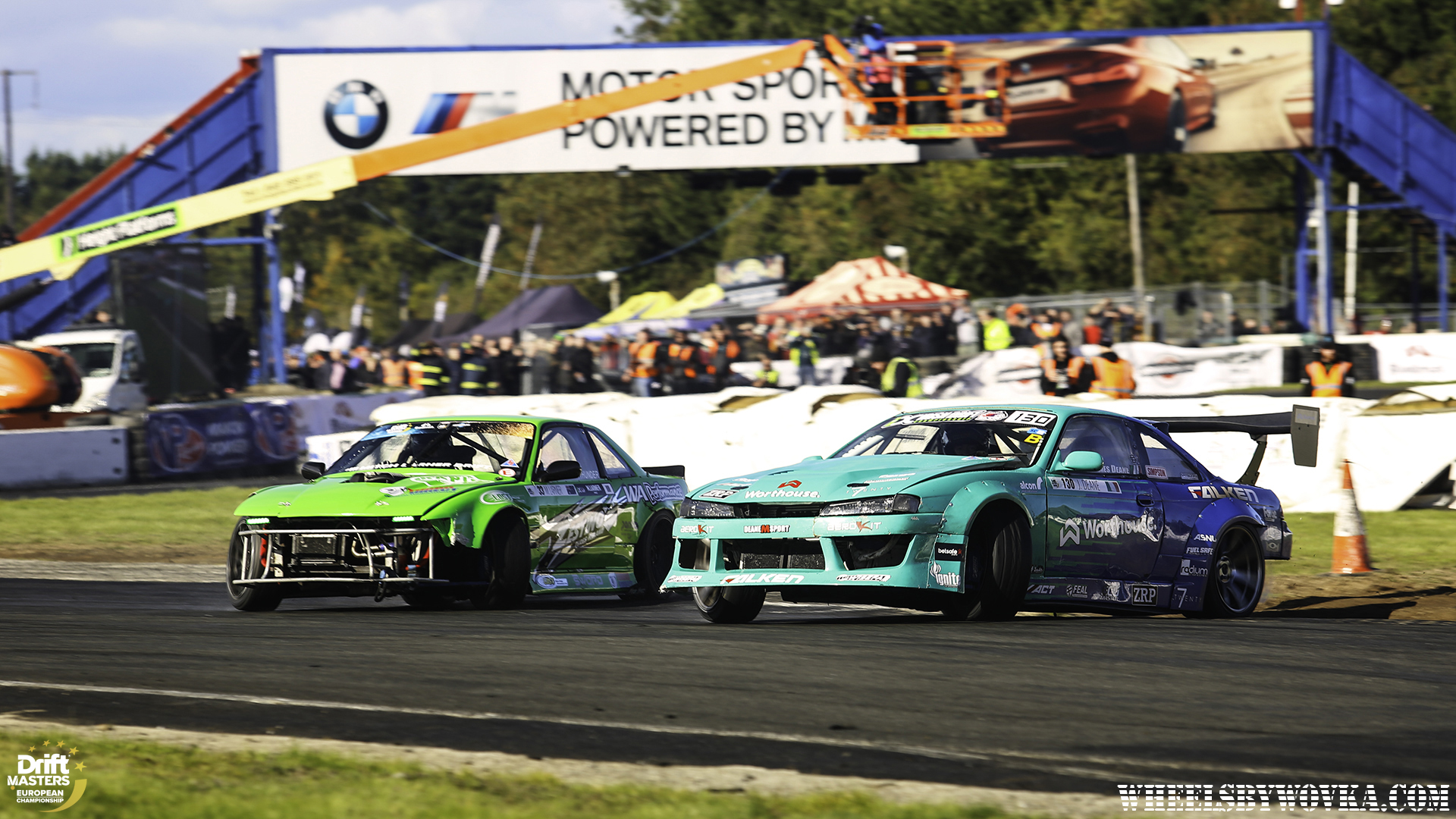 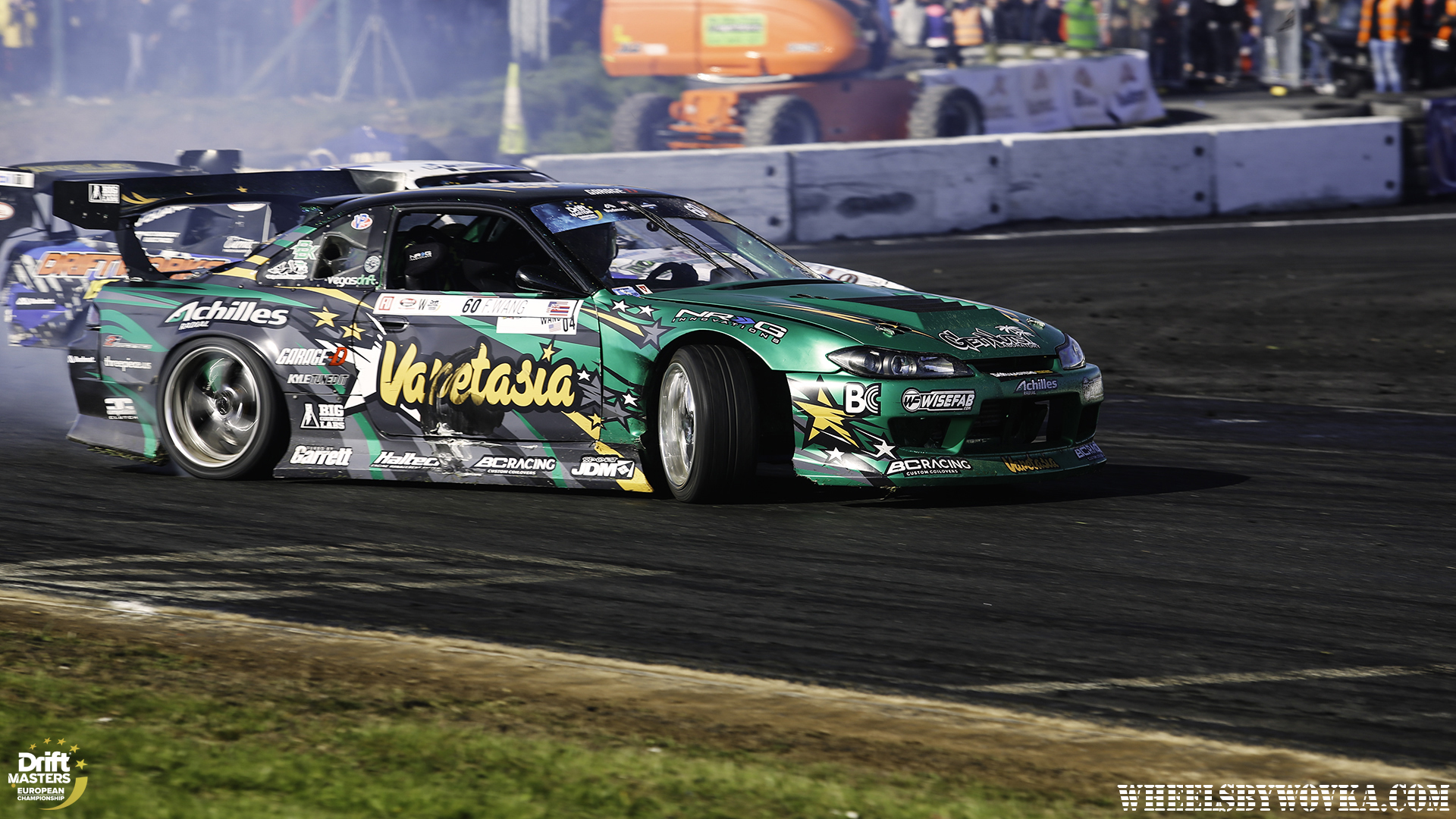 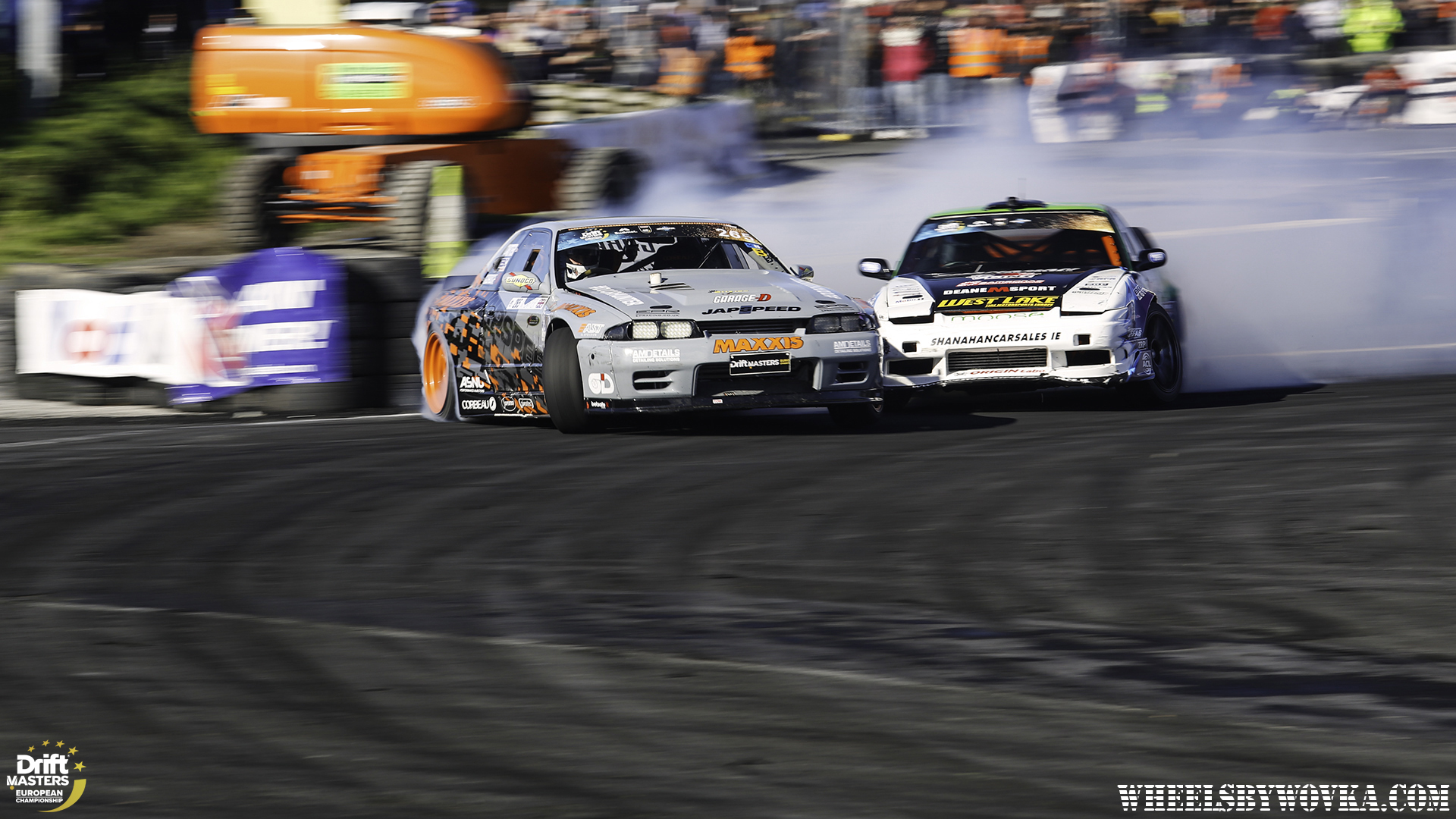 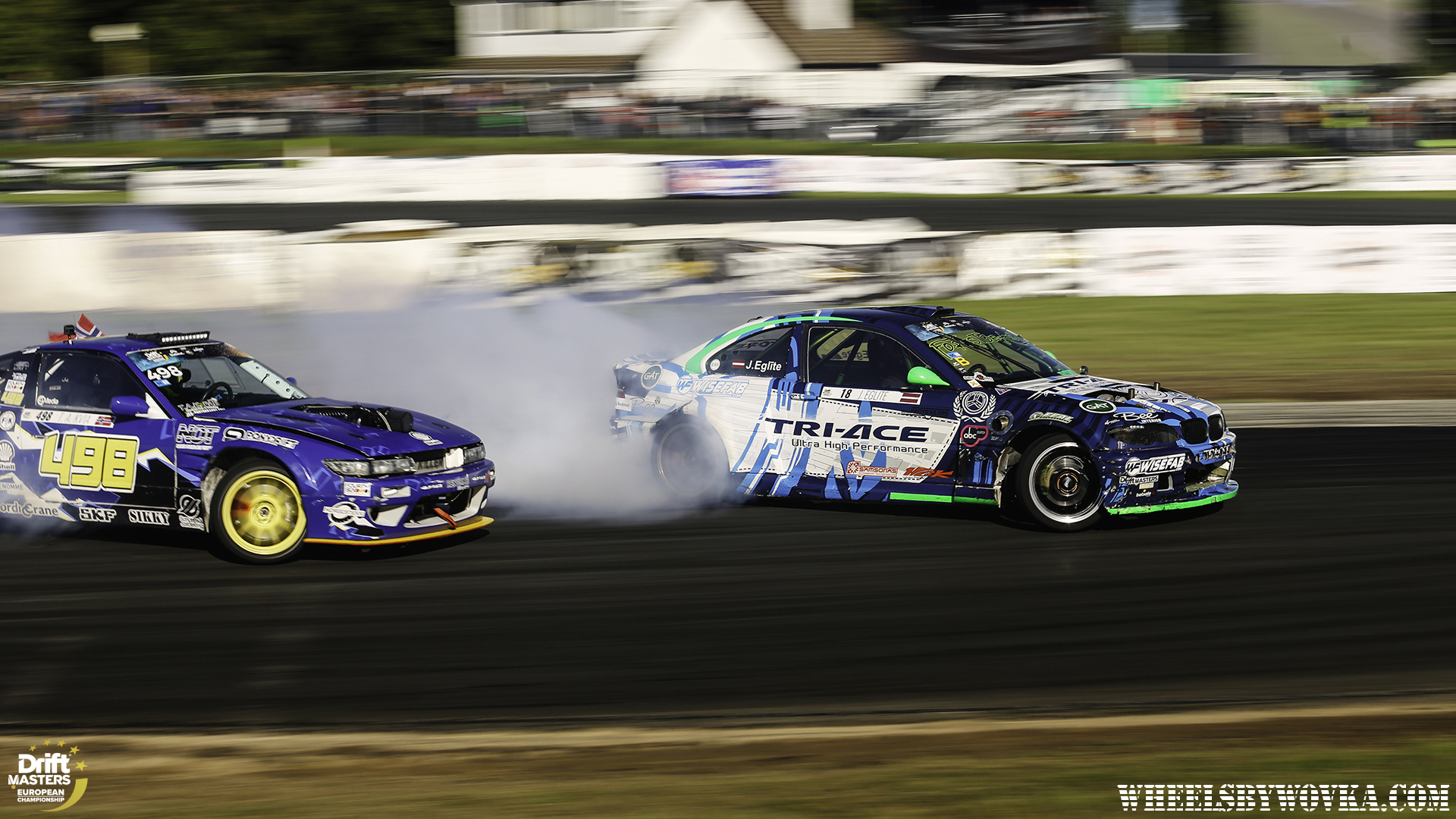 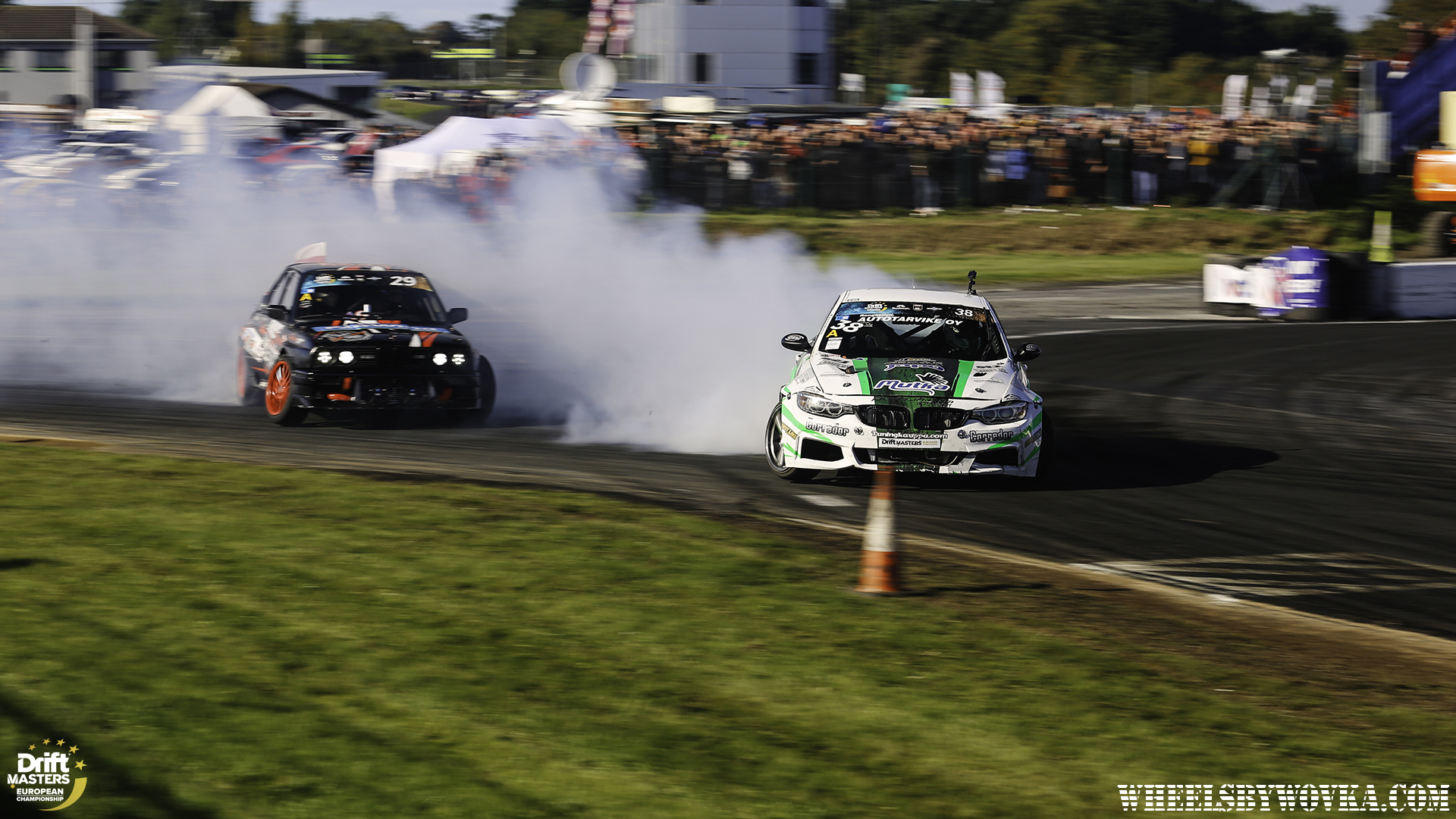 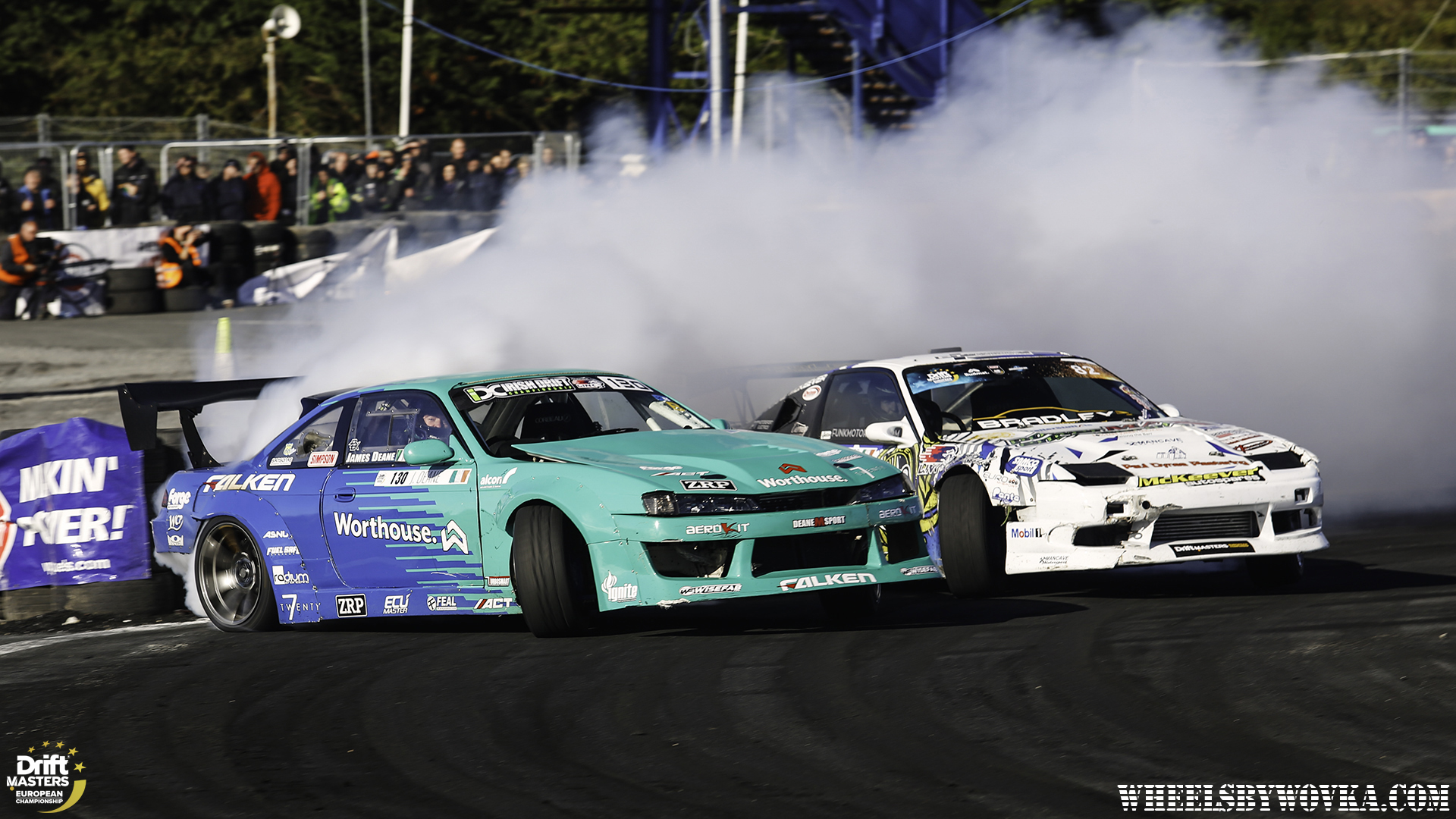 Latvia’s Janis Eglite would battle against McCarthy for the 3rd spot, while it’s James Deane again and only Adam Zalewski to ruin the 15 year old streak of Irish domination. Mind you, Adam is only 18 years old himself.

Paul McCarthy had a lot of battle damage, missing front and rear bumpers, and even catching a small fire on the finish. It was all worth it, 3rd step of the podium was his. 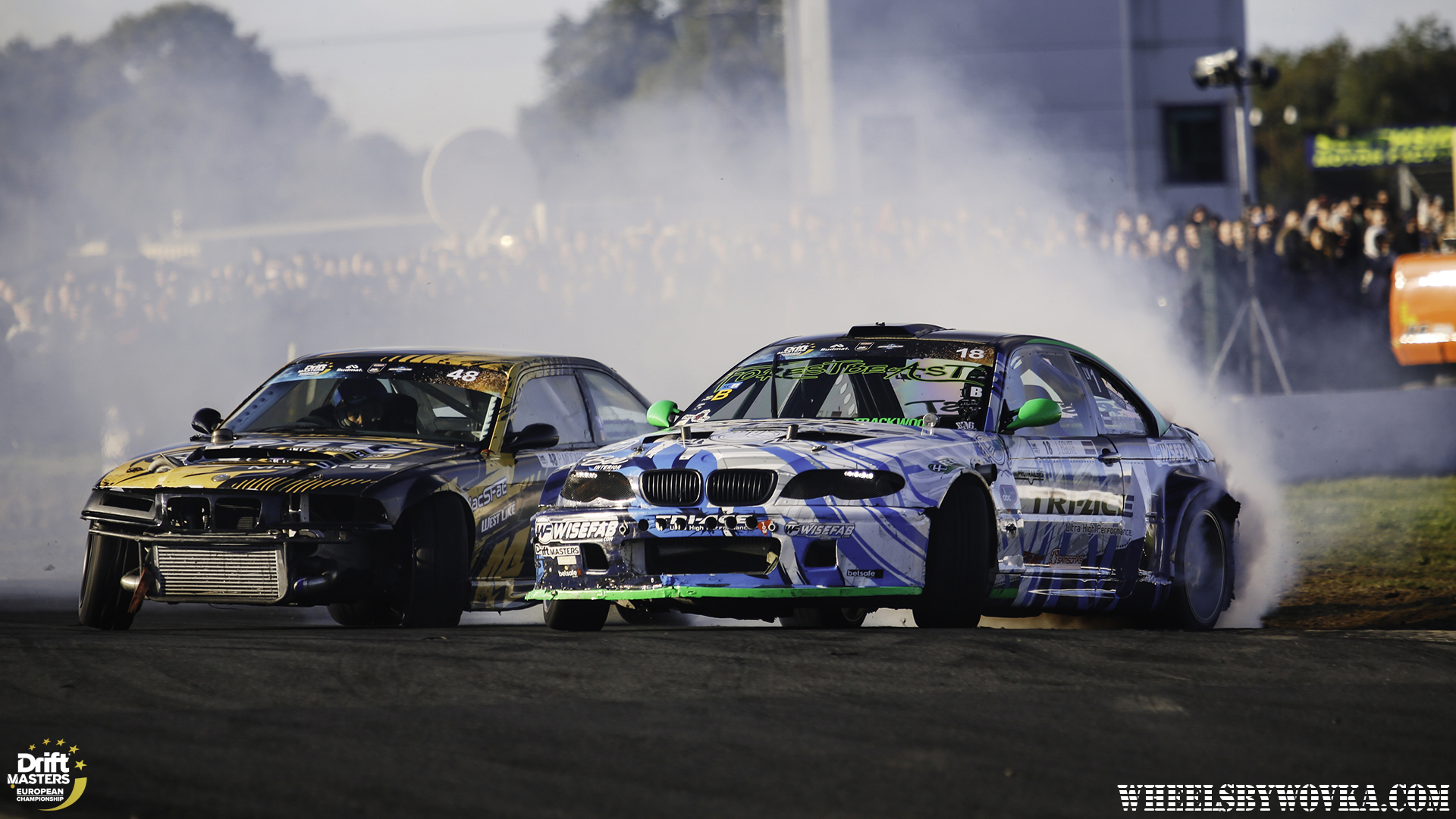 What would happen if James Deane wouldn’t win. Would all the Irish fans turn against him and say: “that Deane lad is shite, couldn’t handle an 18 year old”. Sorry for my bad Irish accent, I’m ginger, but not Irish at all. But really, so much pressure on James was at that moment. He proven himself and the crown went mad. Irish stayed on top! The End. 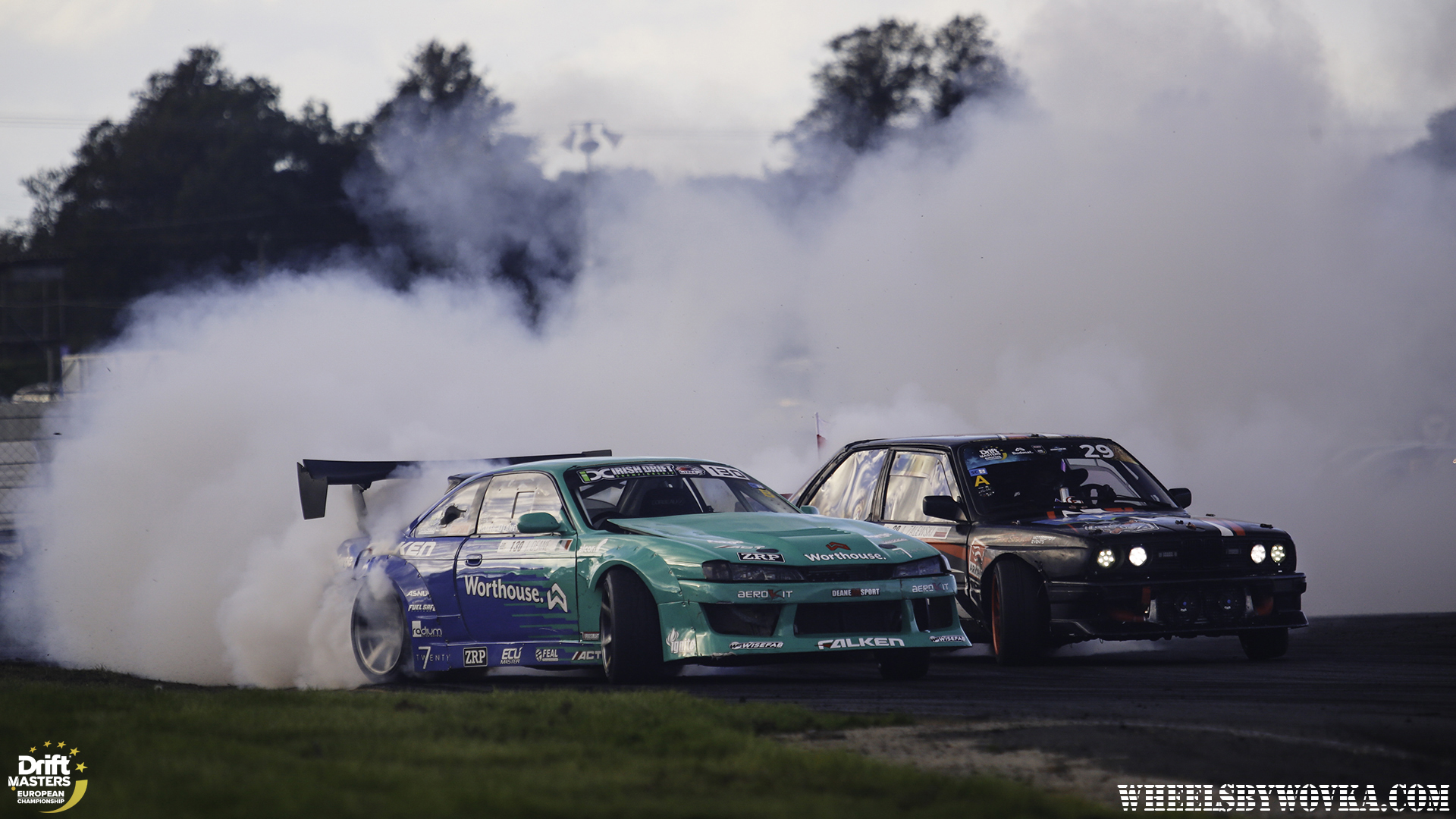 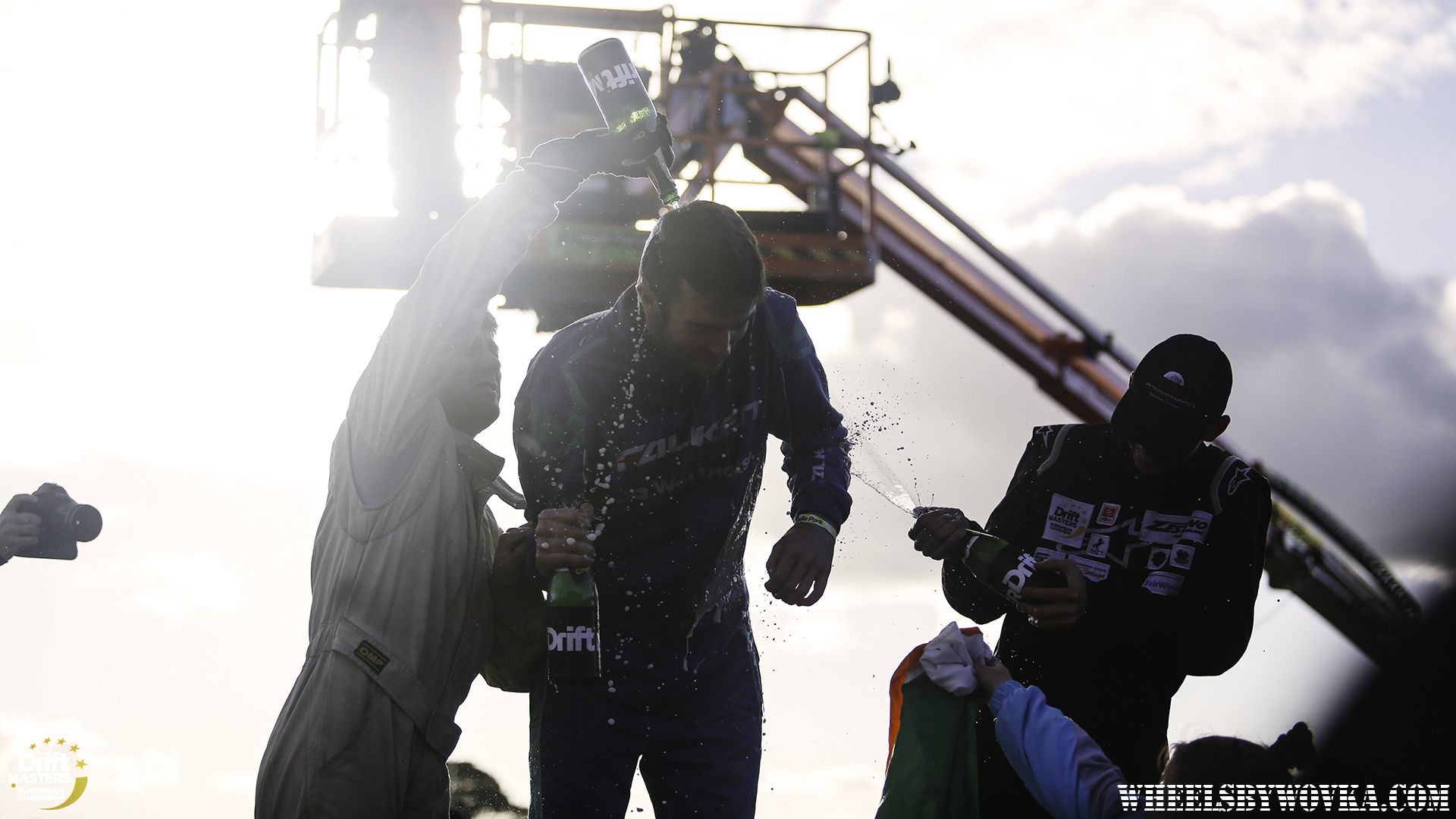 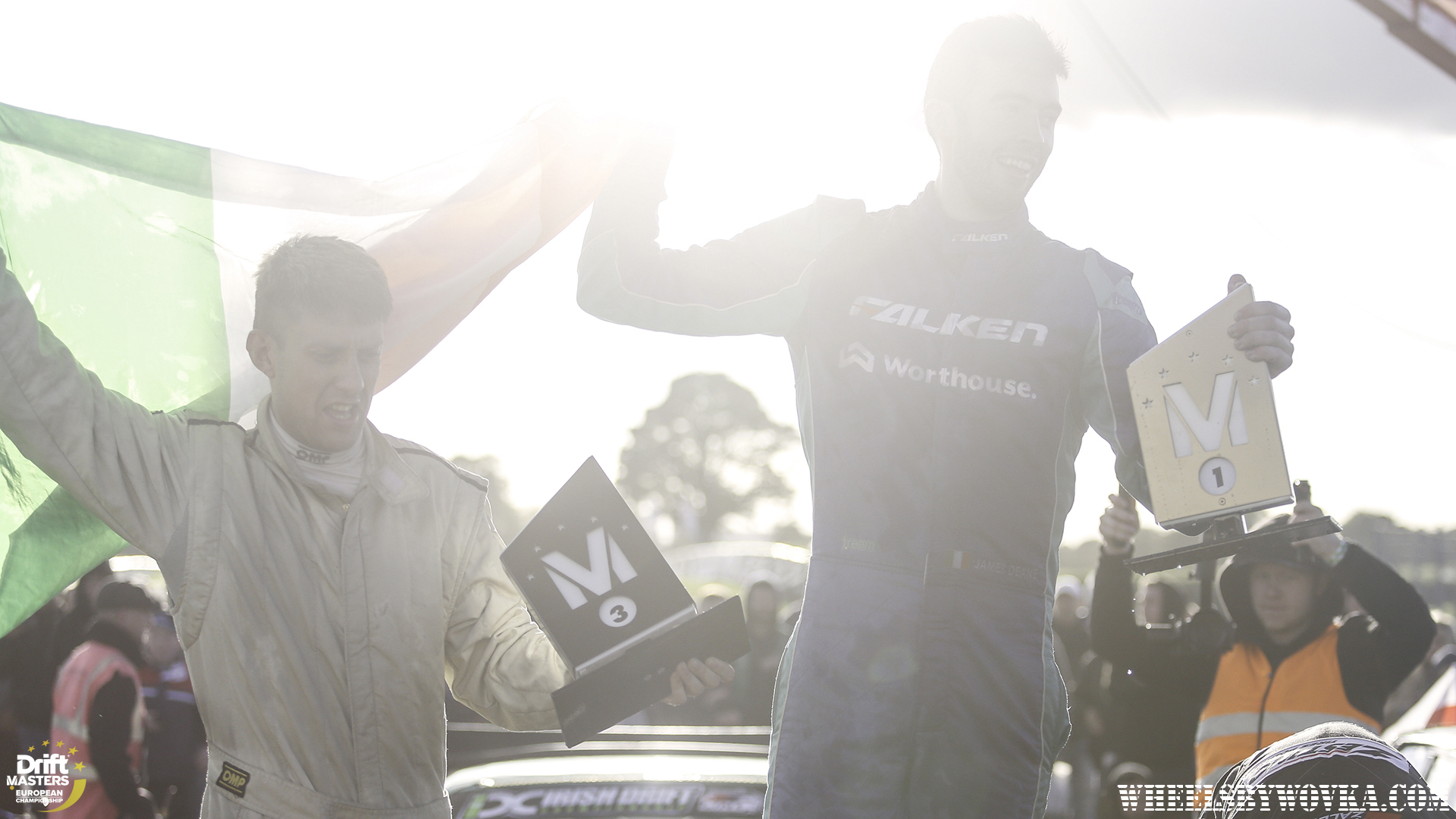 P.S. special “thank you” goes to the bright, possibly Driftworks sponsored (:D), orange crane that made it to most of the pictures))