I live in Estonia, country where drifting is the most popular form of Motorsport. So I’m heavily involved with it and let’s be honest — it’s much more spectacular to photograph drift rather traditional circuit racing. 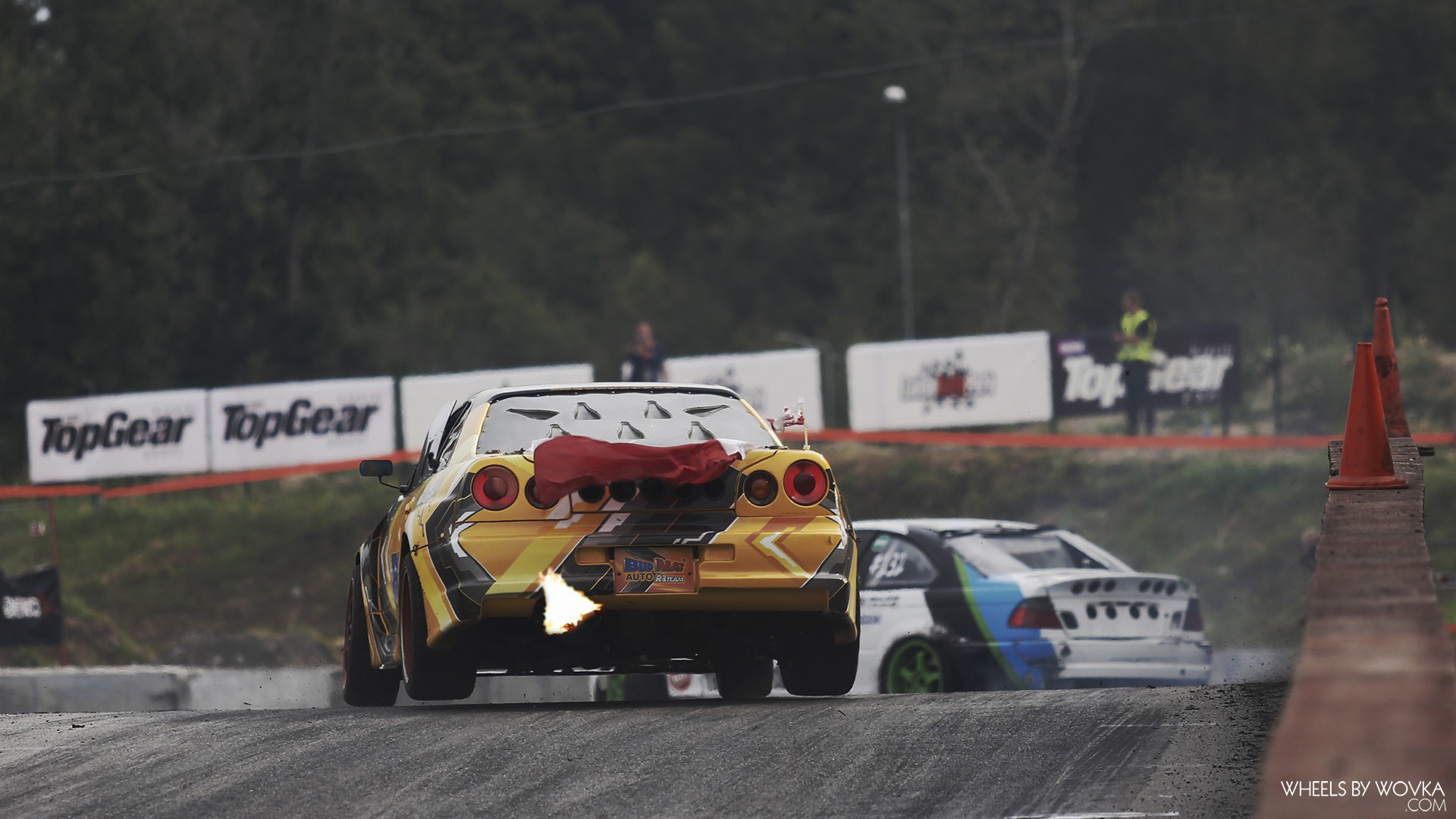 International events bring big names from the tire slaying world: in EEDC and Drift Allstars you often enjoy company of Juha Rintanen who was battling with the top guys in Formula D (most recognised drift series in US) till the past weekend or Polish drift legend Pawel Trela to name a few. Russia’s renown Fail Crew, Mark Webb, Kenneth Moen and Ryan Tuerck were guests of different rounds of European Drift Championship (Drift Allstars). 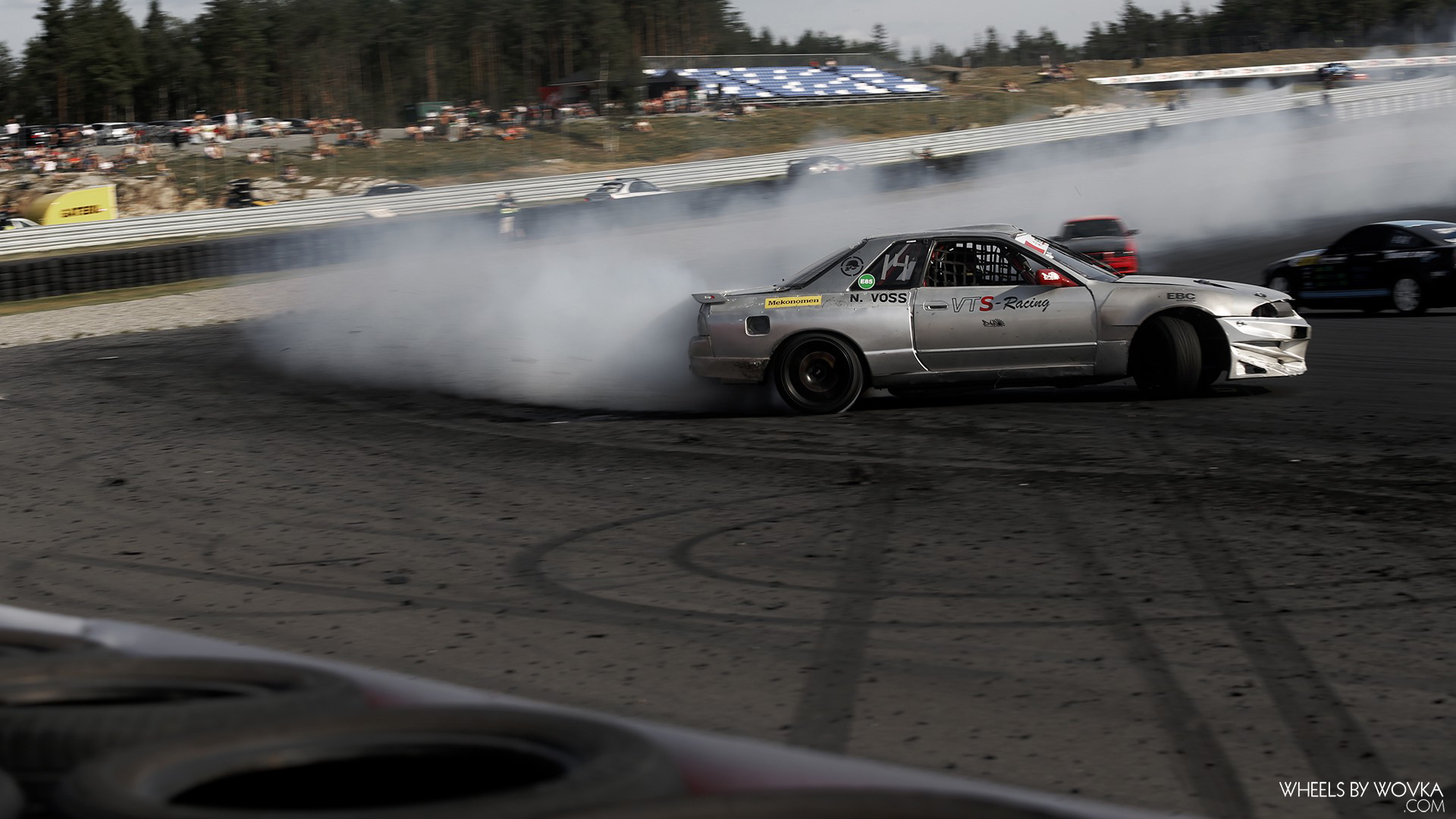 On 17th of May ‘14 European drift series opening underwent in London’s Olympic village. 34 professional drift cars were battling its way to the top honours of Drift Allstars winner. 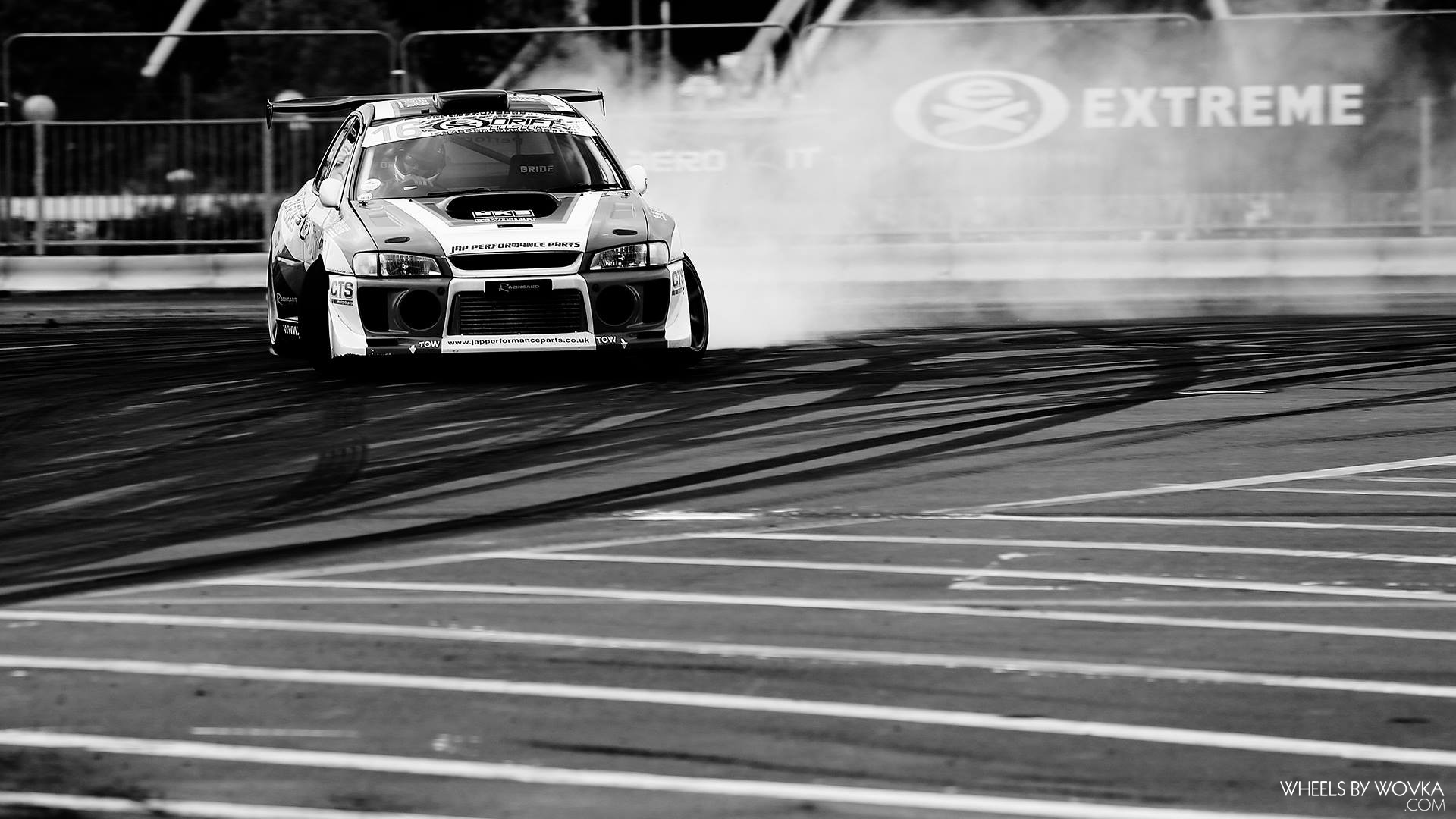 Event started well, qualifying was strong, weather was hot and everybody were excited, but closer to the finals in became awkward: top four consisted of Piotr Więcek against Dan Chapman and Janis Eglite against Ingus Jekobsons. And everything happened here. Dan Chapman hit the wall and gave the first spot to the battle for the win to the Polish drifter. Janis went against Ingus and proved that he isn’t a champ for nothing on the first battle. 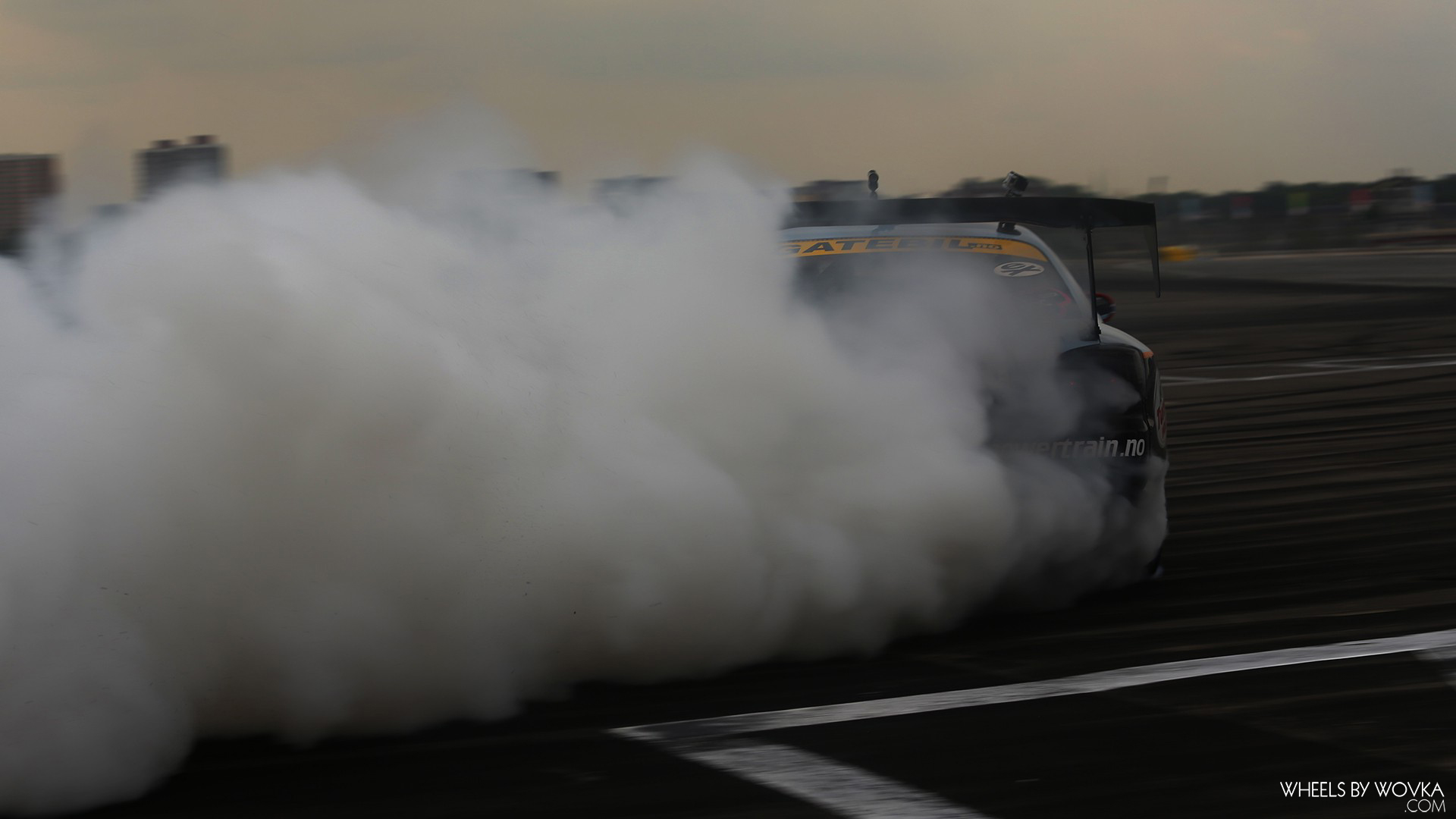 Second run was different: Ingus crashed into the wall and Eglite’s engine exploded just as he finished his run. He had the second spot to fight for the win, but no car to do it. Ingus also couldn’t repair his car in 5 minutes, so third spot went to Dan Chapman and his red Nissan. Piotr got the win. 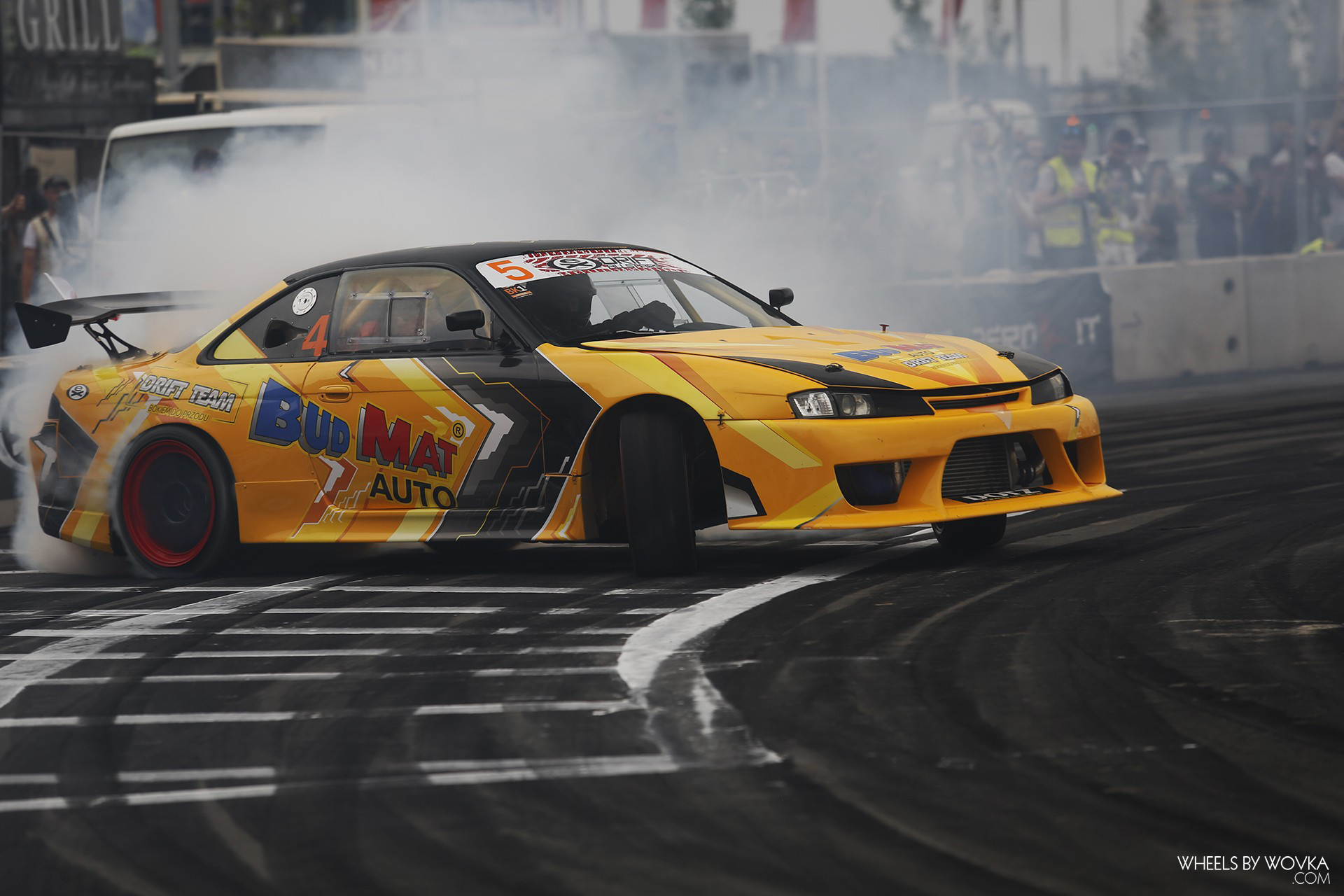 Yes, that’s correct, there were no final battles – everything was decided in Top 4. 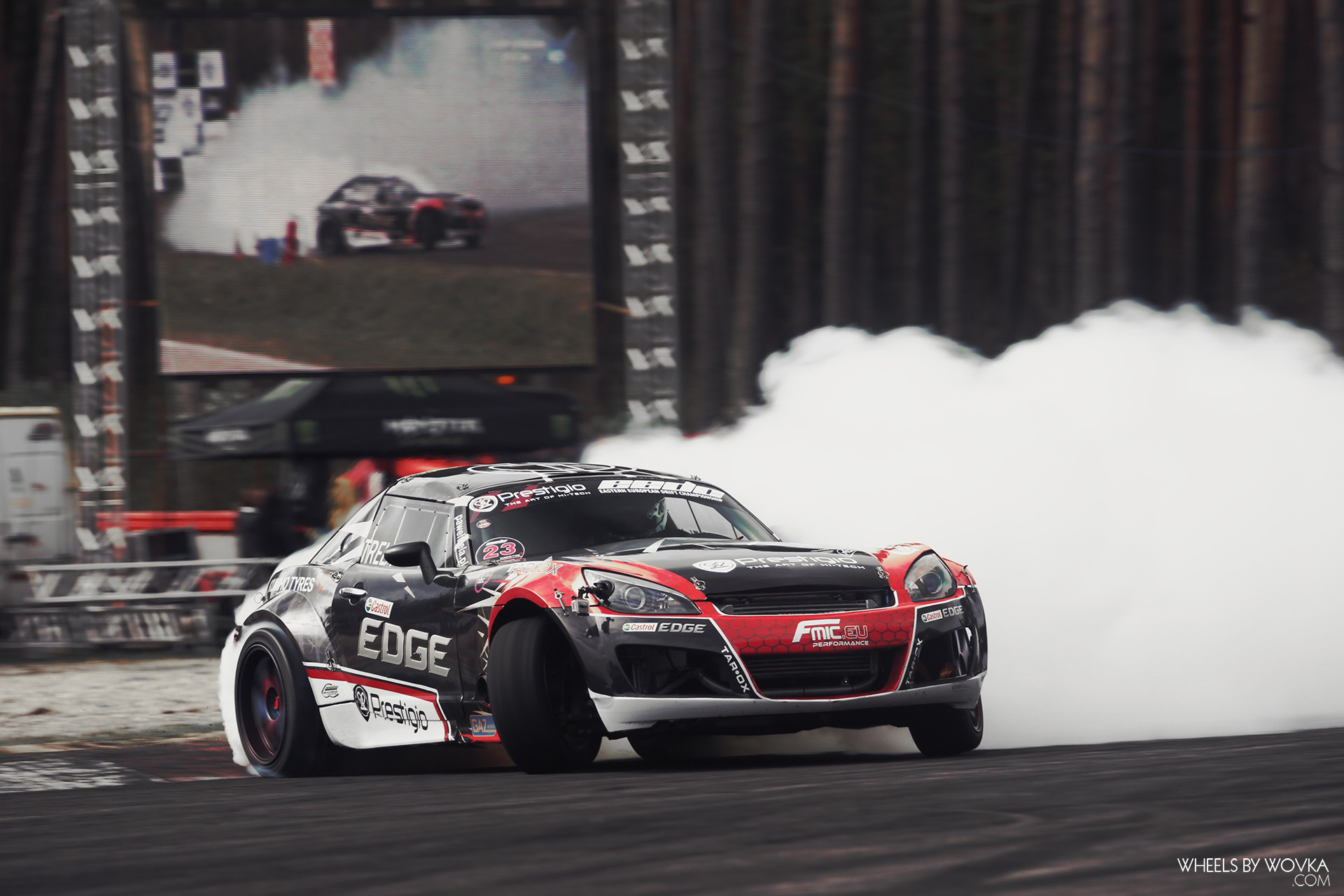 For Juha Rintanen it was one of the last events before transporting car to the States. 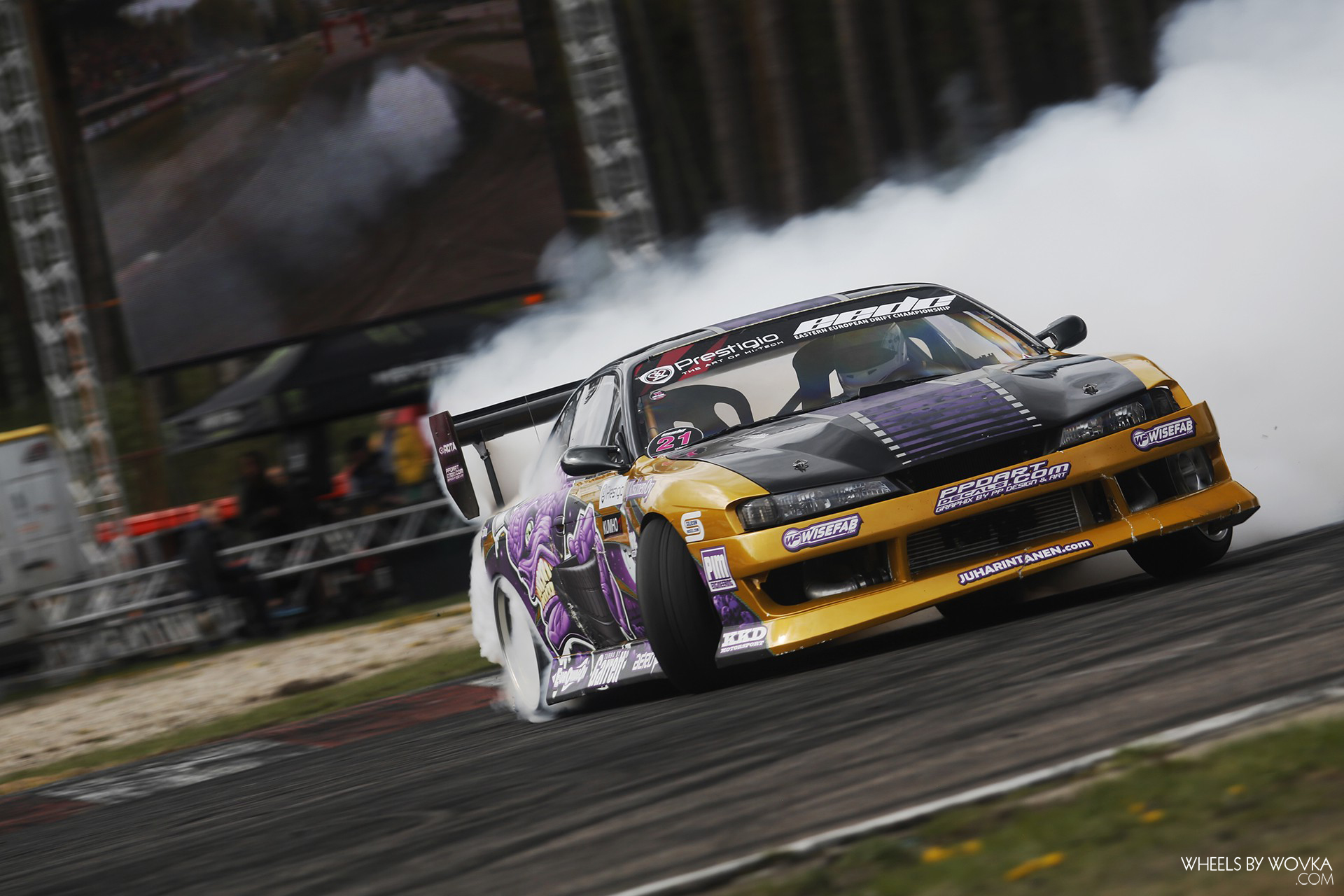 In few months we already saw how this plucky Nissan S14 was competing on equal terms with 2014 Formula D champion Chris Forsberg.

Gatebil is a mekka for drifters all over the world. It’s a festival that every enthusiast eagers to experience. With the help of few international drift icons and media channels Gatebil became a trully international affair. Pilots from Asia, Russia, Oceania, America, Emirates and of course Europe come to Norway to understand what the hell is organised drift chaos.

For most of the 40,000 crowd event is devided into two parts: racing and partying. For me, as a car photographer there’s also a third part — time that is dedicated to photoshoots after the tire shreading action died out, but Marshall amplifiers didn’t get warm yet. 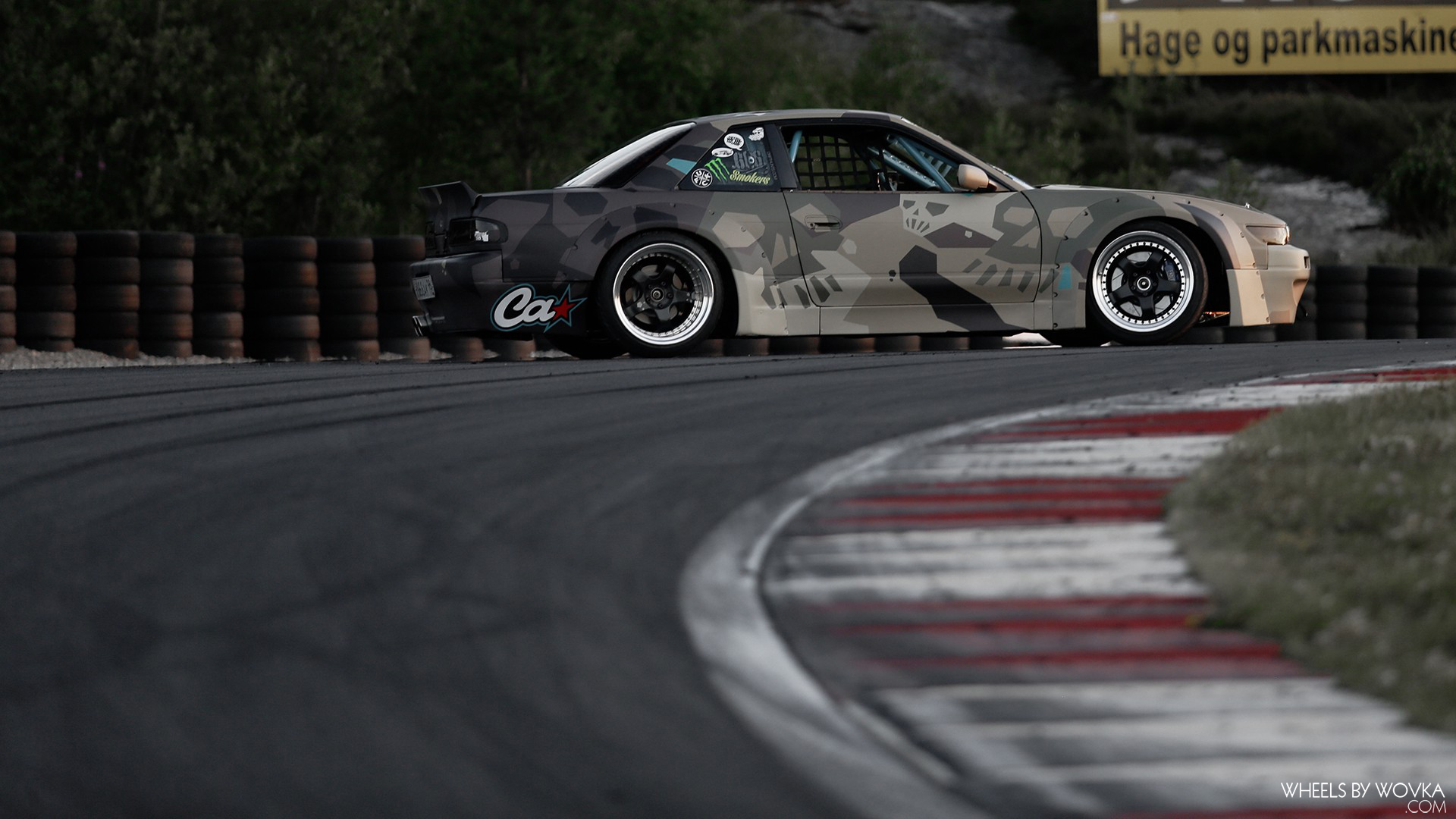 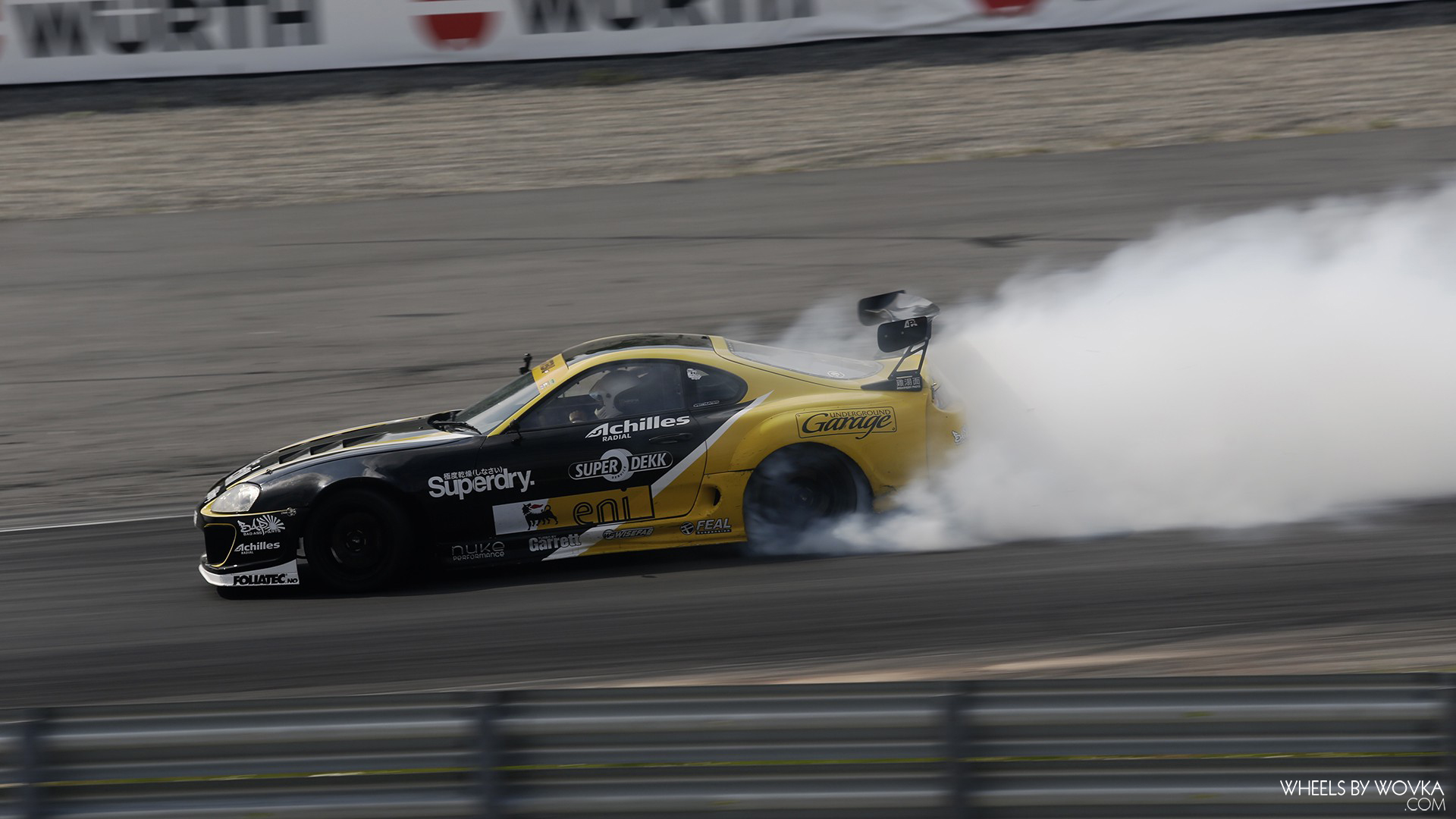 There’s also a cherry on top: World Powerslide Championship that was dominated by our very own Estonian this year — Taavi Toomara.

Even though Taavi got the WW title, most successful Estonian drifter is another young chap named Harold. 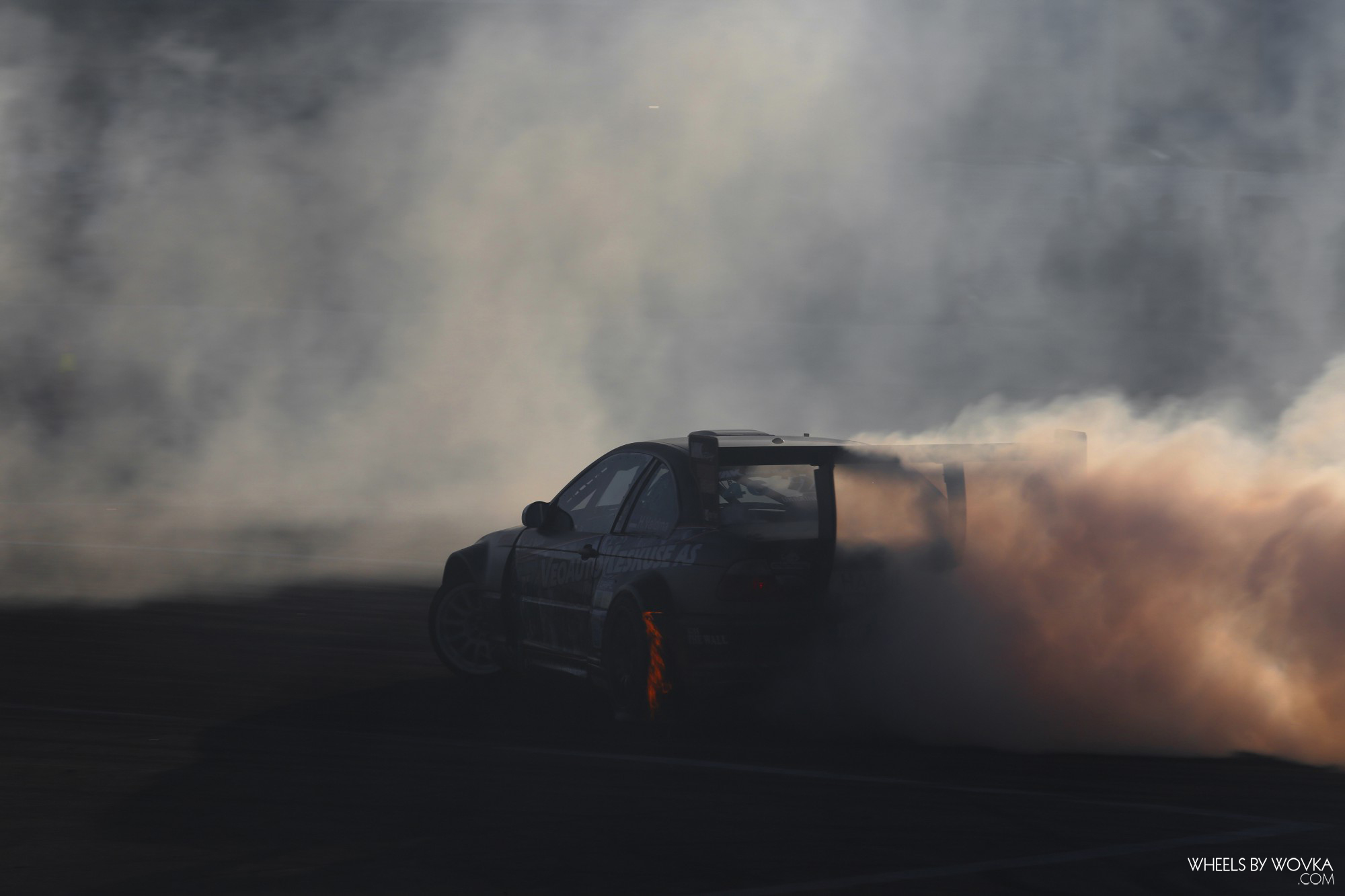 In a single year he became Estonian Drift Champion, NEZ Drift runner-up and won a special recognition award in Drift Allstars — hard charger of the year.
Find more at www.facebook.com/wheelsbywovka