Part of loving cars and other motor vehicles is fantasizing. There’s a hands-on aspect to it as well, of course, but a lot of it is learning about different vehicles, imagining the thrill of driving them, and more or less lusting after them. Not even a wealthy enthusiast can drive everything he wants to drive in life, so imagination and admiration from afar have to play their roles as well. And this, for vehicle lovers, is where movies can come into play.

Action films, movies about racing, and even classics with older cars can be the stuff of dreams for those of us who love all things auto. I’ve tried to touch a bit on all of these loose categories in putting together a list of five amazing movies for vehicle enthusiasts. 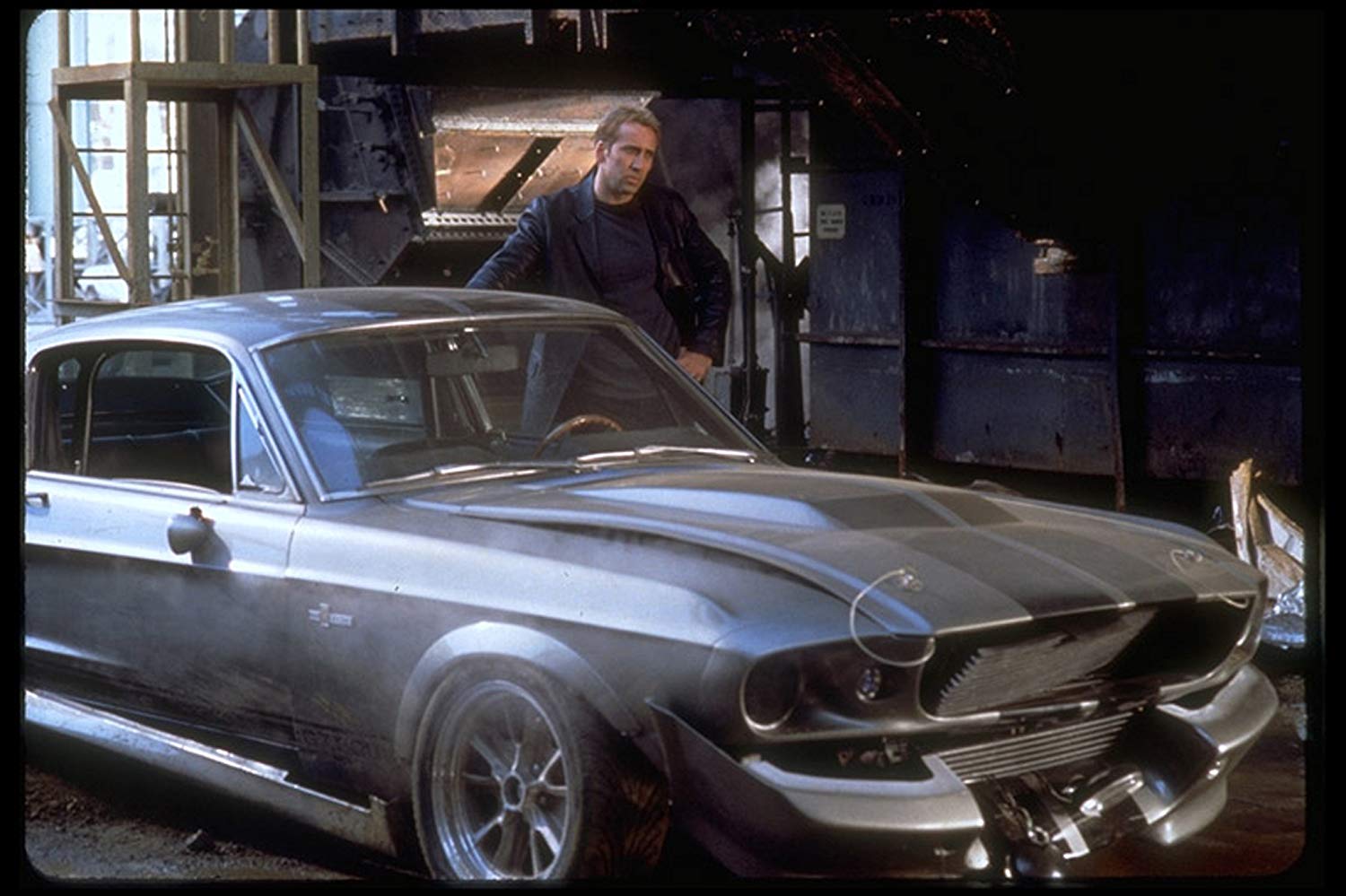 This movie came out in 2000 and it might still be the best car movie of the 21st century. It stars Nicolas Cage as a retired car thief who has to get back to what he does best and steal 50 cars over the course of as single night. But as you might imagine, they’re not just any cars. Cage winds up snatching a catalogue’s worth of awesome sport and classic cars, including a Bentley, an Aston Martin, and multiple Ferraris – most of them somewhat vintage. Best of all, it’s not as if you just see glimpses of these cars in passing. They’re kind of the whole focus of the movie, and plenty of them screech to life in delightful fashion. It is just a flat-out awesome car movie. 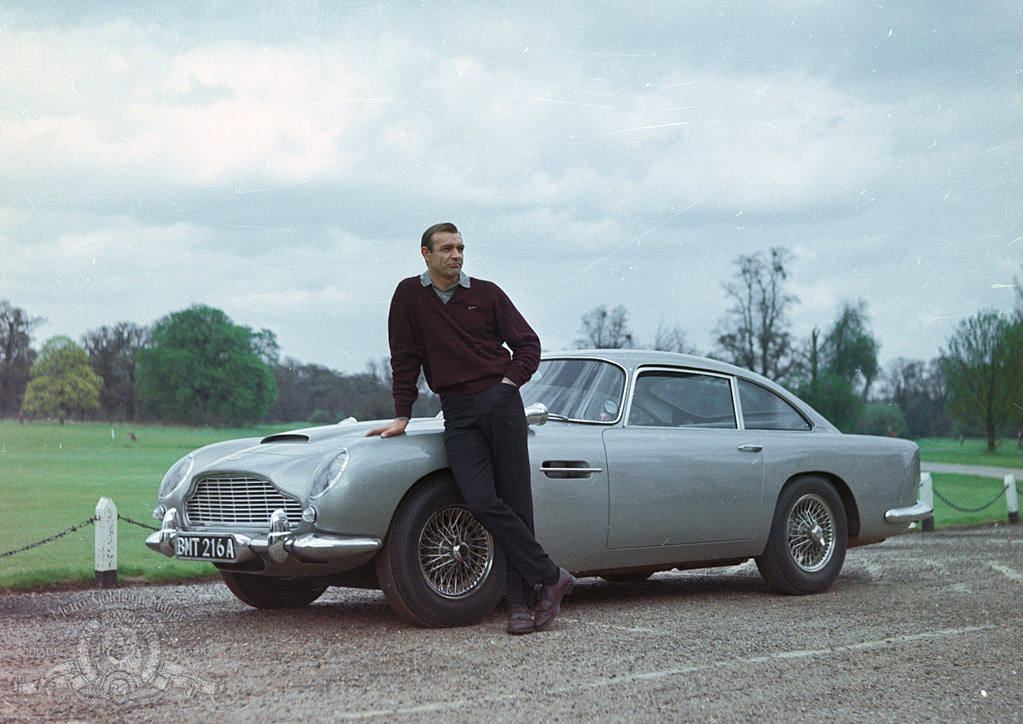 Okay, so I lied. This list isn’t strictly about five movies. But that’s only because it’s just about impossible to name a best car from the James Bond series, so I have to make mention of the entire franchise. Go back through these movies and you’ll see two or three incredible cars per film, from old sport cars that we’d now consider classics, to new models so modern they look like they dropped out of the future. I’ve always been partial to Bond’s Aston Martins, most notably in Goldfinger (for the classic look) and Skyfall (for what might be the single most beautiful car ever made). But any of the best cars will do. 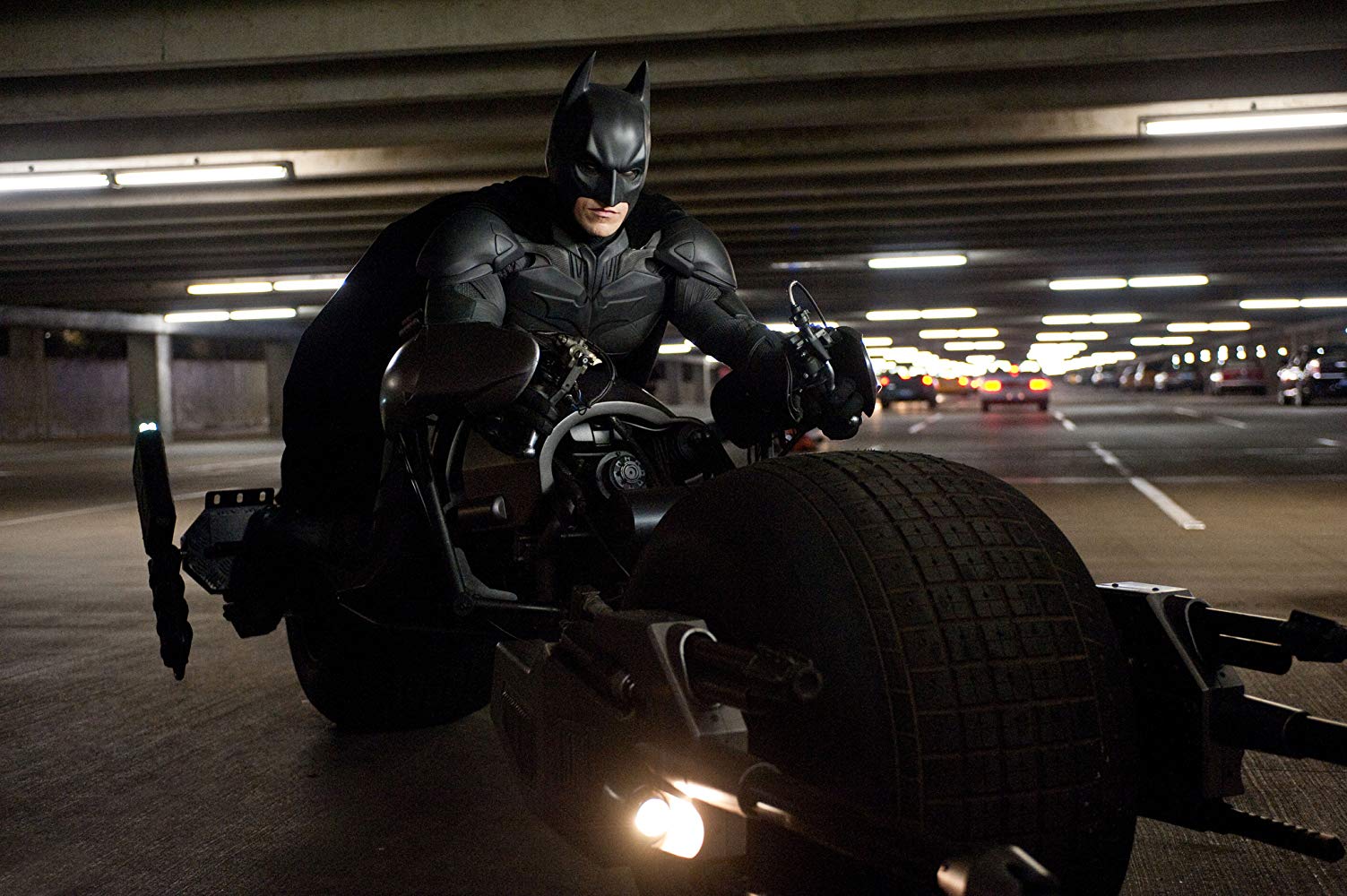 The Dark Knight trilogy accomplished a lot of things. It redefined superhero cinema and gave us the genre’s best performance in the form of Heath Ledger’s Joker. It launched video games, indirectly in the case of the Arkham Asylum series and directly in the form of a slot game based on The Dark Knight and described as a visual feast. It dominated the box office, launched director Christopher Nolan to new heights, and thrilled a generation. Along the way though it also formed a collection of superhero vehicles that seemed at once spectacular and oddly feasible, in contrast to past Bat Mobiles. The Dark Knight Rises showcases both a Bat Mobile and a matching motorcycle that, while tank-like, seemed almost street-legal. They may not be drivable, but they have to get your wheels spinning, so to speak. 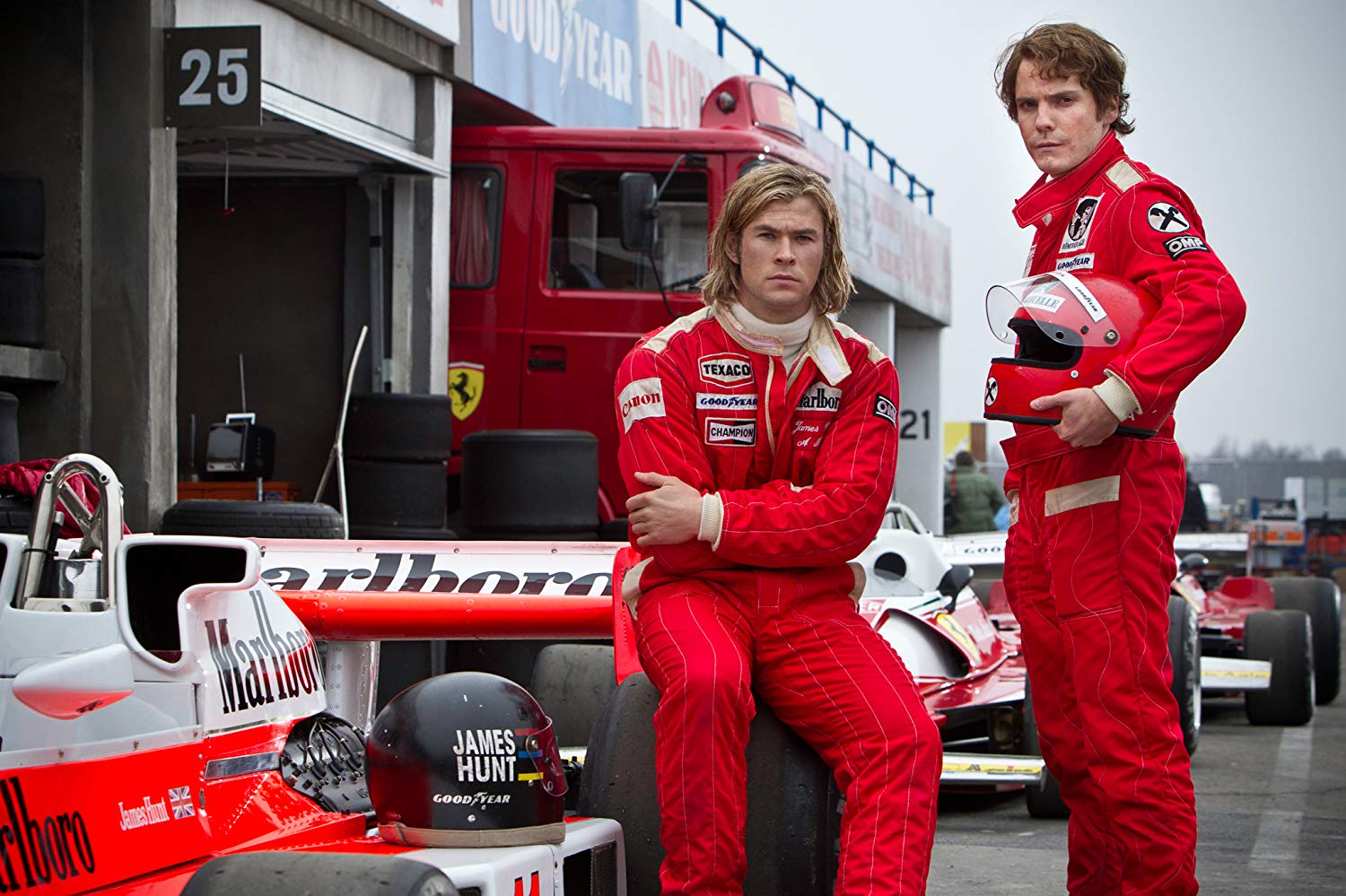 Possibly the best film ever made about auto racing of any kind, Rush details a somewhat exaggerated rivalry between the great Formula 1 drivers James Hunt and Niki Lauda. Driving for McLaren and Ferrari respectively, these two champions battled through the mid-‘70s for F1 titles, and naturally did it in some of the most cutting-edge racing vehicles of their time. The film is true to those vehicles, and provides and up-close look at them pretty much throughout its runtime. It’s an incredible viewing experience for anyone with a passion for F1, or racing in general. 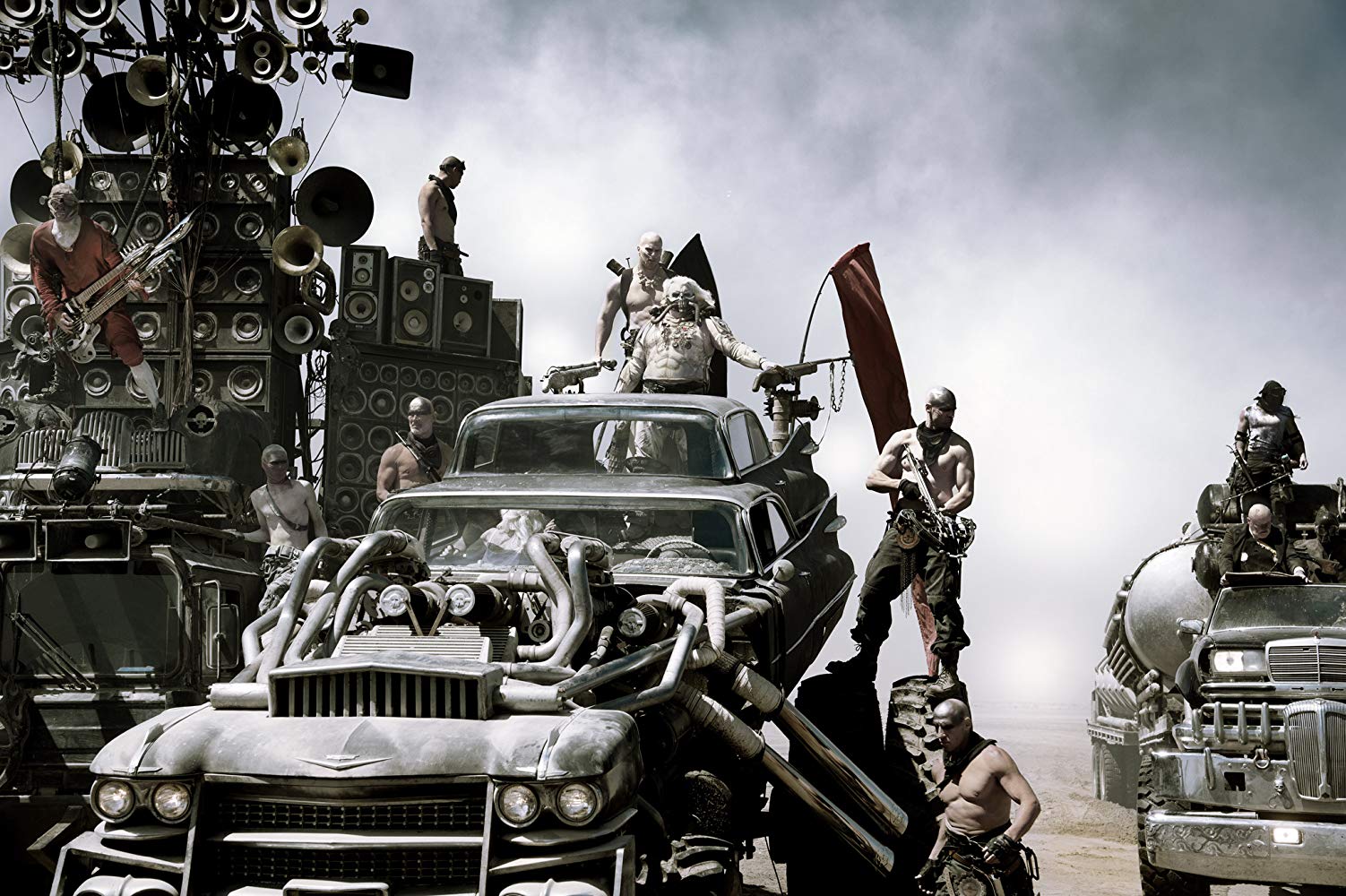 Mad Max: Fury Road is a thoroughly ridiculous movie packed with thoroughly ridiculous vehicles. They rumble through a post-apocalyptic desert expanse pretty much throughout the entire film. One has a platform at its front where a demonic psychopath can play a flaming guitar in lieu of war drums; several spit fire; the body of one car is effectively mounted on top of a much larger rig seemingly just as a compartment for its kingly driver. None of these vehicles are anything like what any of us drive in the real world. That said, if vehicle lovers can fantasize about driving the Bat Mobile, there’s no harm in enjoying some of the aesthetics and engineering behind the Mad Max trucks and cars as well. Plus, there were actual cars used in the filming.