Estevan Oriol is much celebrated LA photographer, mostly known for his lowrider culture pictures and shots of Hollywood stars and musicians. He was managing tours for Cypress Hill among others. I had the opportunity to talk with him. We discussed lowriding, his books and clothing brands, music and Mister Cartoon.

– Where are you from?
– I was born and raised in Santa Monica, CA , I grew up all over the west side.

– What are you working on at the moment?
– I’m working on two books, two zines and a couple documentaries. Aside from doing the jobs that come through and pay the bills, and hustling new work.

– Can you talk more about your future books, zines and documentaries?
– My goal is to make 25 books, so far I’ve done 2. I also want to get into doing some zines of the subjects I have good content on but not enough for a full book.

– You prefer analog film to digital? Why so?
– I just like the look better, the texture of the photos. 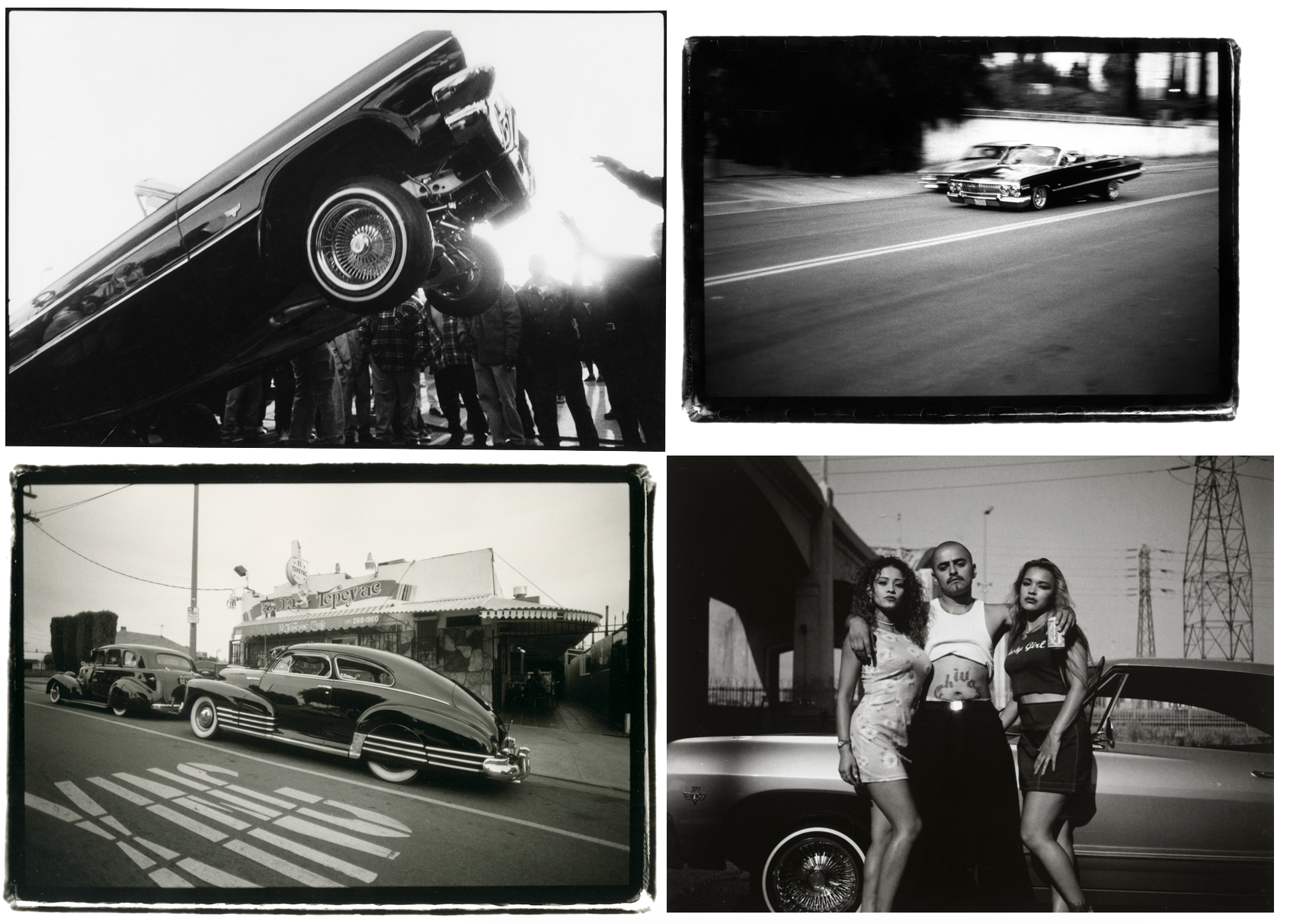 – What is your relationship with lowriding?
– I bought my first car in 1989, it was a 1964 Chevy Impala SS. I started building it out in 1991 and I’ve been Lowriding ever since and loving it. I have been taking photos of the lifestyle and culture for over 20 years all over the world including US, Mexico, Brazil, France, Sweden, England, Thailand, Japan and Australia. 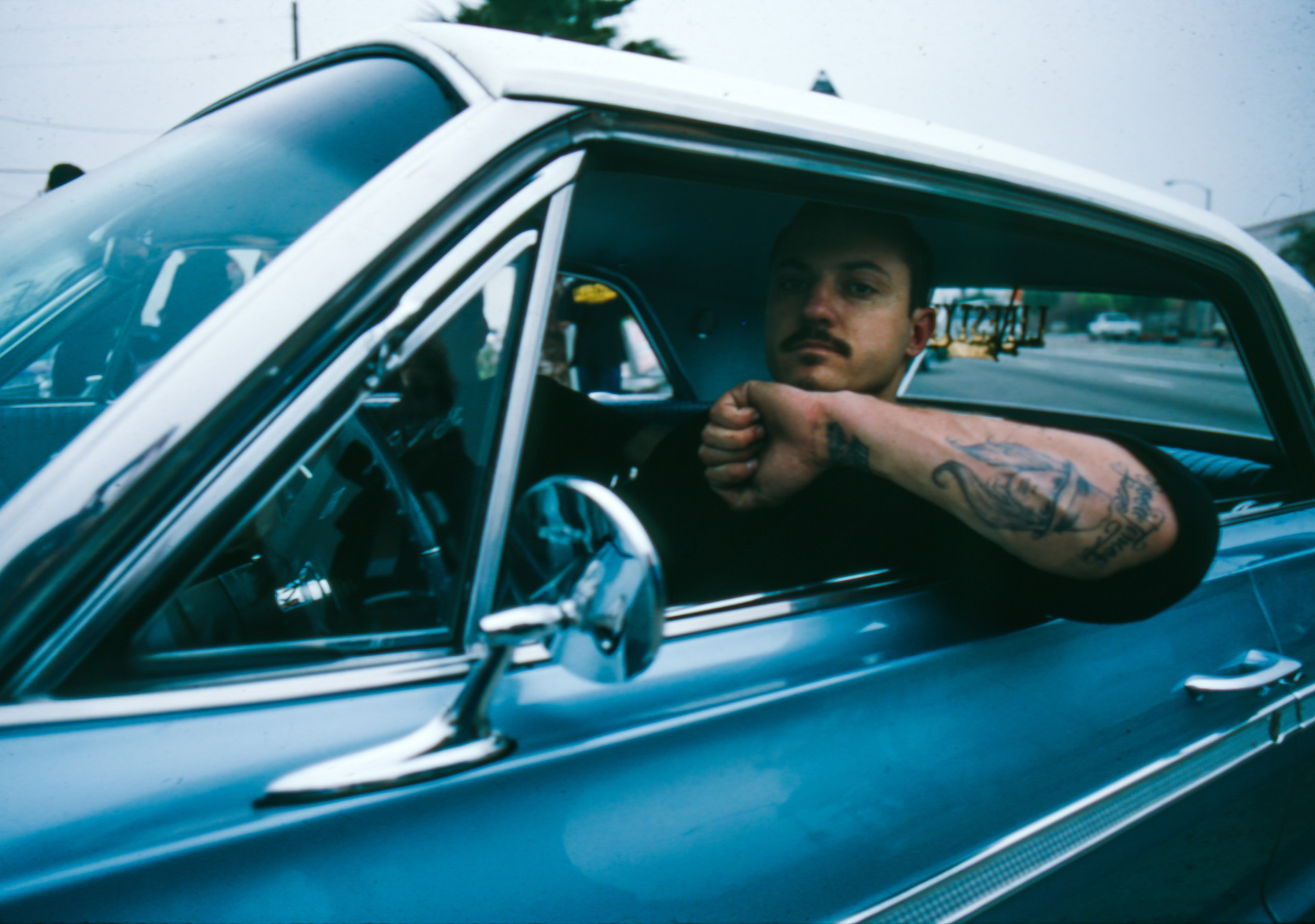 – Did something change in the culture in those 20 years? I guess lifestyle became less gangster-like and more people started to be involved with Lowriding just for the love of it?
– Of course, pretty much everything. A lot of the youth that would come to shows have moved on to there things, there’s a lot more cameras on the culture and there is the worldwide web, which has gone thru the roof. A lot of people have become entrepreneurs from it.

– How did you become a photographer you are today, how did you chose to photograph what you photograph?
– In the early 90’s I was hanging around my car club in east LA and I was managing House of Pain and at the time my dad and his wife gave me a camera and thought I should be documenting both of those cultures. So I slowly started to. Once I felt I was on to something I got more into it. In 2005 I decided to stop touring with Cypress Hill and go full-time as a photographer and director and I’ve been doing that the past 11 years.

– There are hundreds of crazy and cool stories from roadies travelling with famous bands. You have something interesting from the times with Cypress Hill?
– Yeah that’s going to be one of my books, stay tuned…

– You became known for shooting musicians and other celebrities. What do you enjoy photographing most personally?
– A lot of different subjects. I love taking photos so I have a big range, especially because I have traveled so much. 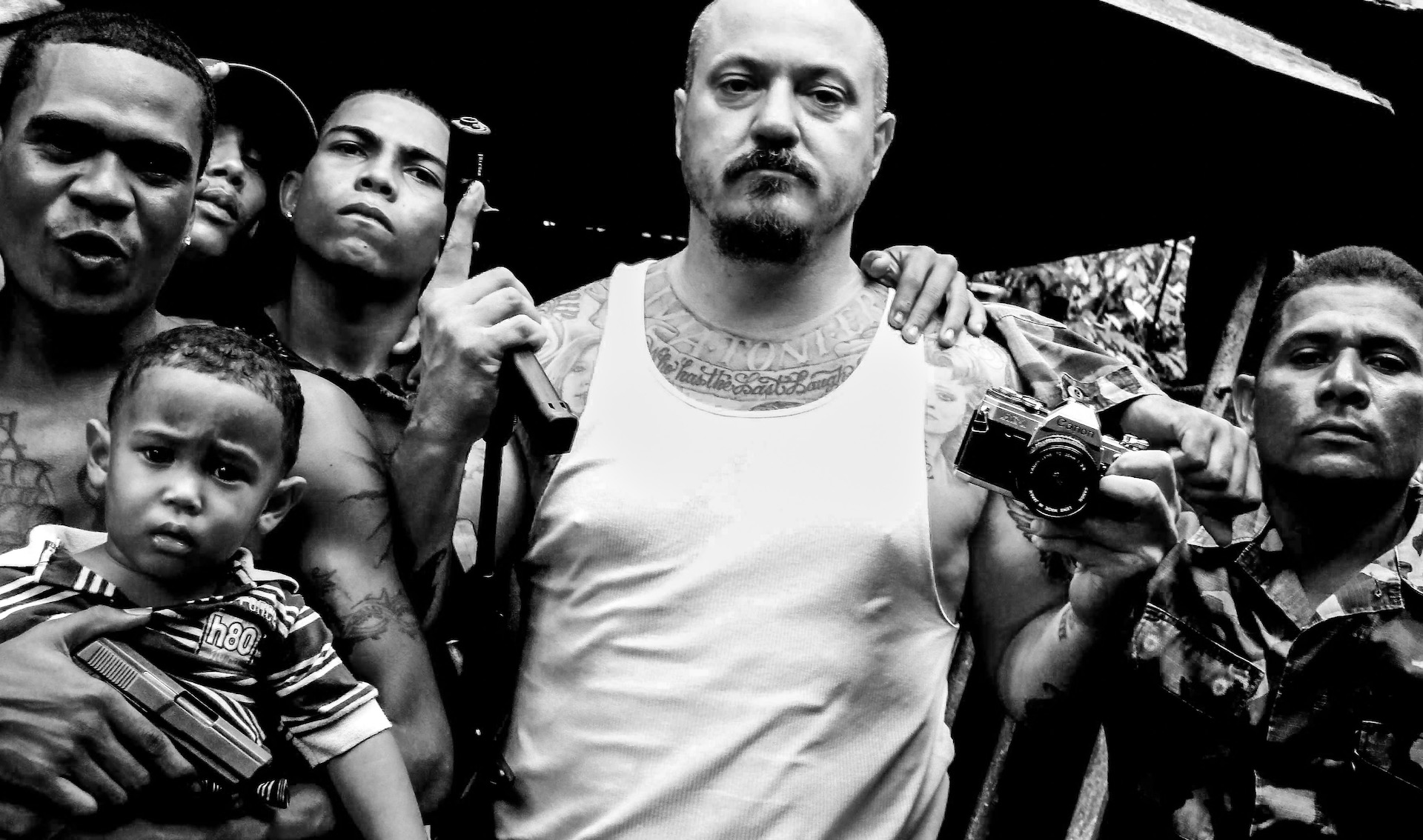 – Tell me about your clothing brand?
– I have two clothing brands. One is Joker brand that was created in 1995 originally by Mister Cartoon and has gone up and down and in and out of different partnerships for the past 21 years. It is still alive and being supported all over the world and bootlegged in Mexico and parts of Asia.

My second brand is the ESTEVAN ORIOL line which I created with my photos and was part of the Upperplayground family and I currently do it my self.

– Are you still in contact with Mark Machado aka Mister Cartoon? How is he like in real life?
– Yeah , he works a lot when he’s not doing that he’s a family man.

– Why do you wake up in the morning?
– Roosters