First event of the season is always special: everybody worked hard during winter and now drivers can test their cars and see what competition has to offer.

For fans it’s also exciting: they get to see what drivers were building during the off-season, see new names in the drivers’ list, especially since some teams like to sit low and don’t post a lot of updates on Social Media.

I’m glad to see that Baltic Drift Championship finally took a proper shape with about ten drivers representing each country, hoping that all of them will keep the momentum and visit the remaining two rounds – in Estonia and Lithuania. 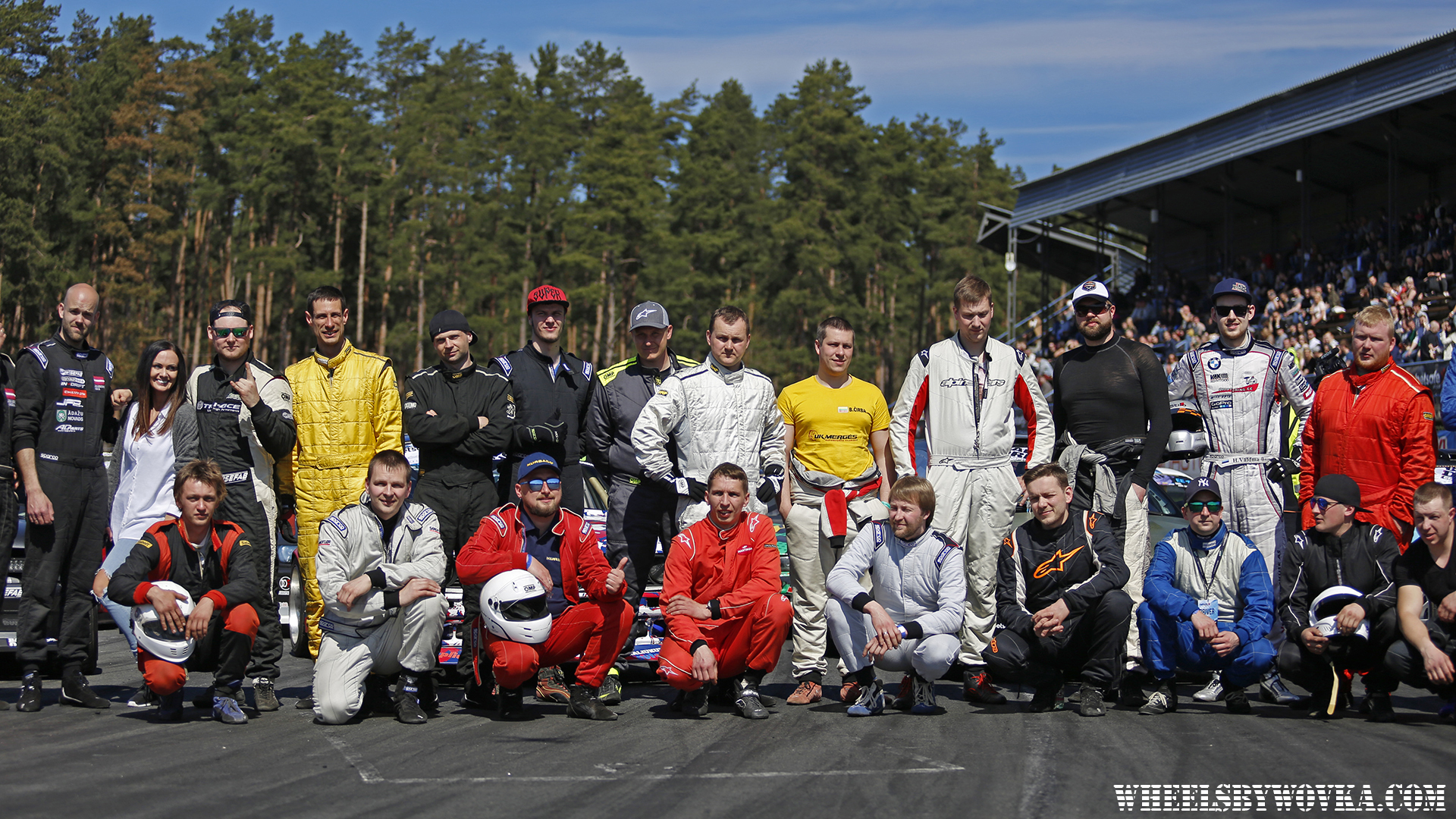 There was one black sheep in the paddock – Janis Eglite. Latvian driver is used to more serious competition, running Drift Allstars events for a number of years now. 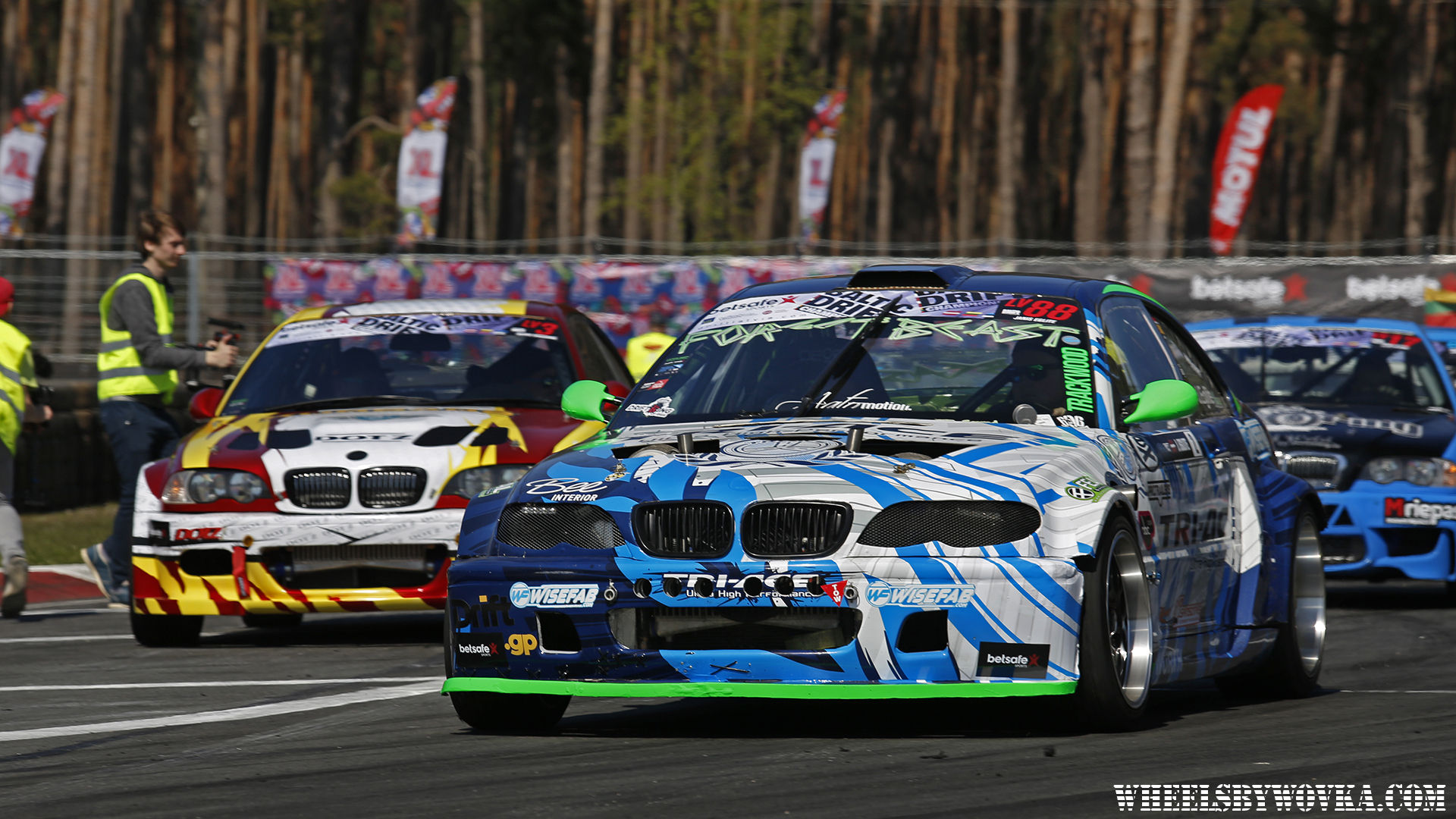 Practice session looked like the first day of school, although track layout didn’t change in many years, so many drivers very making small errors and struggling to keep a perfect drifting line.

One sad moment happened just in front of me: Kristian “Sallu” Salmre spun his #surematu (ironically translated as Immortal) and Henri Kivimägi didn’t manage to stop before hitting the old 5 series in the back. Luckily everyone were unharmed and Henri even managed to fix his 3 series before the qualifying. 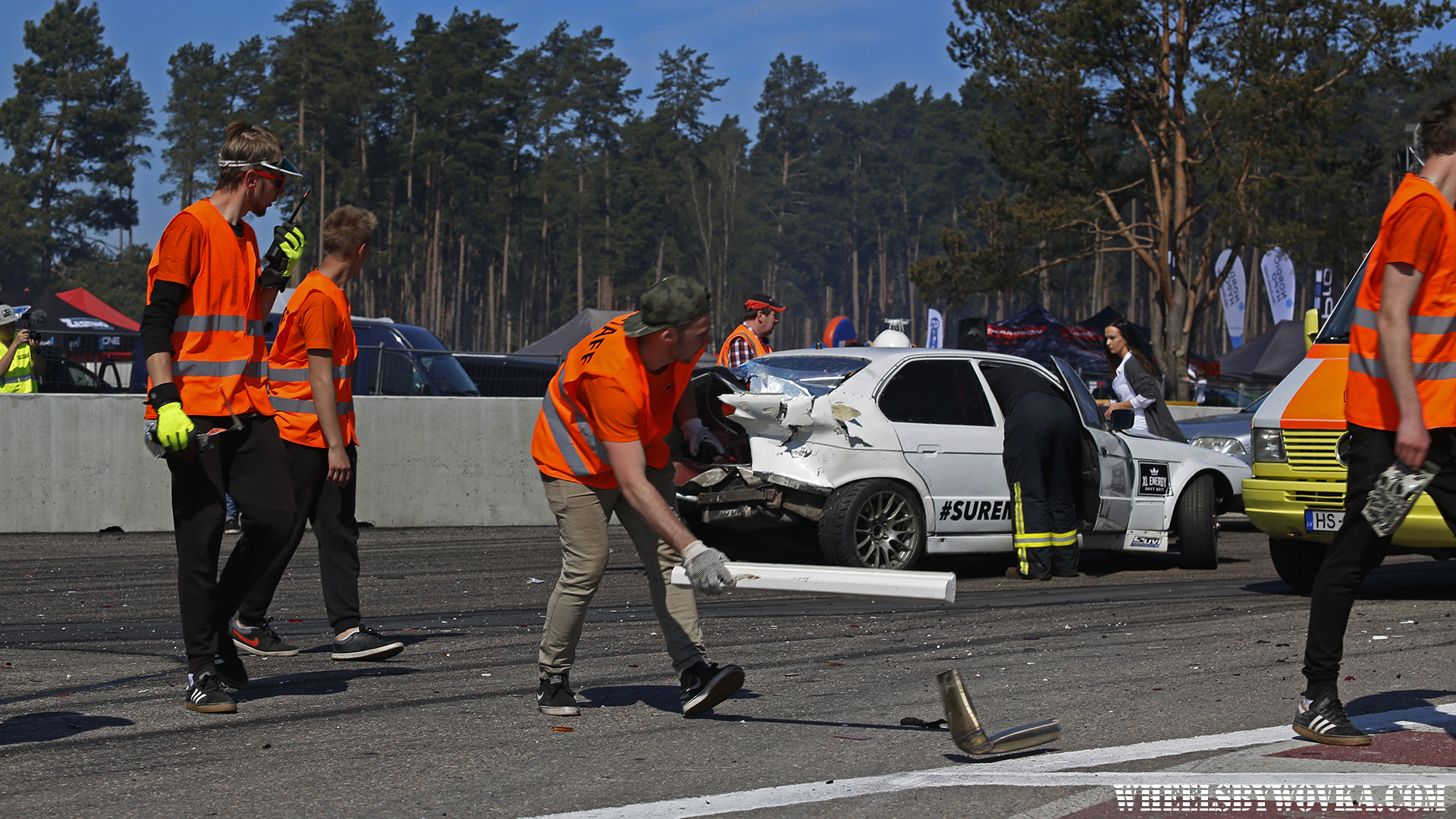 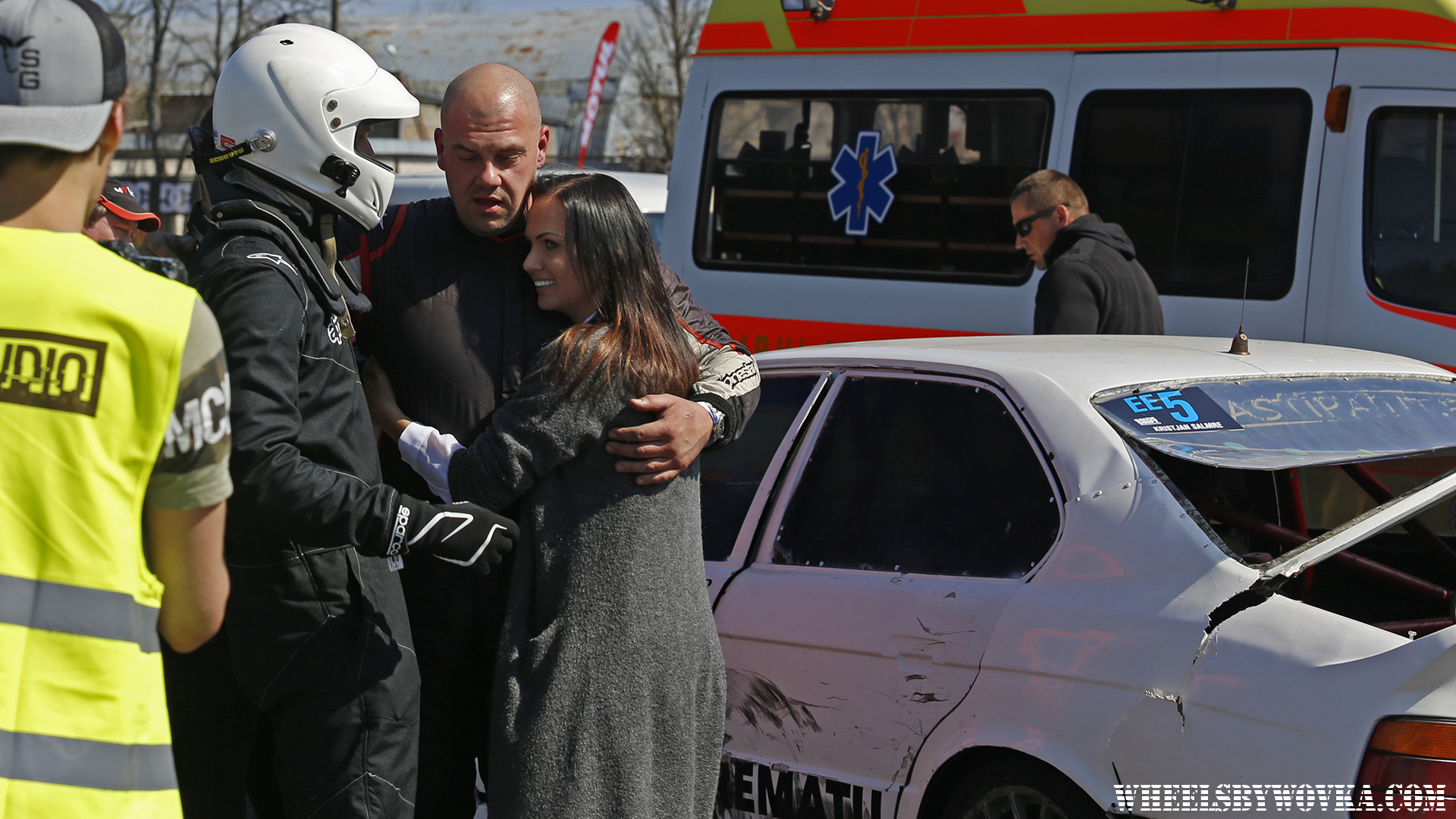 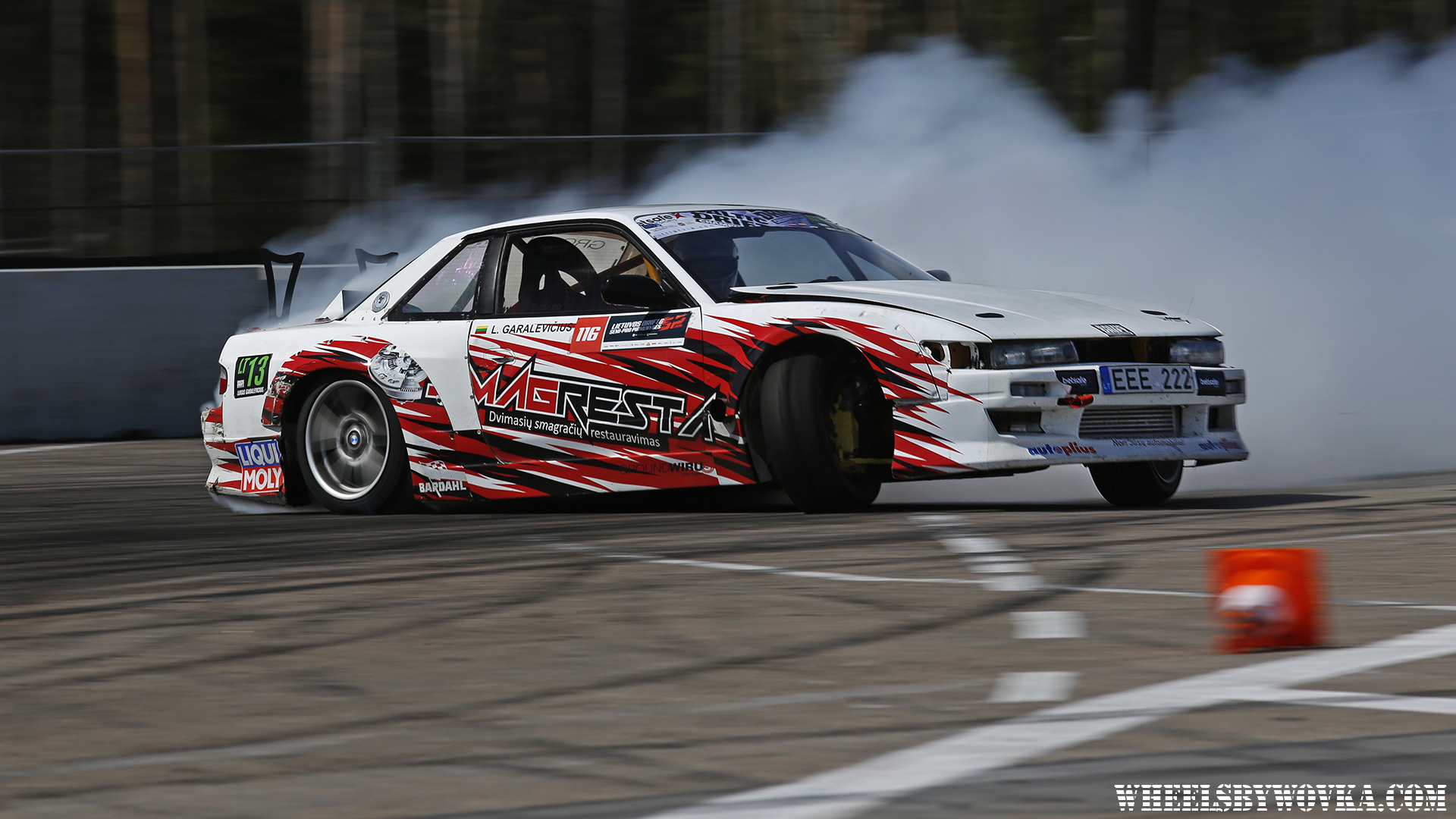 Then, suddenly, out of nowhere Formula D drivers Geoff Stoneback and Chris Forceberg appeared and made the show much more interesting… 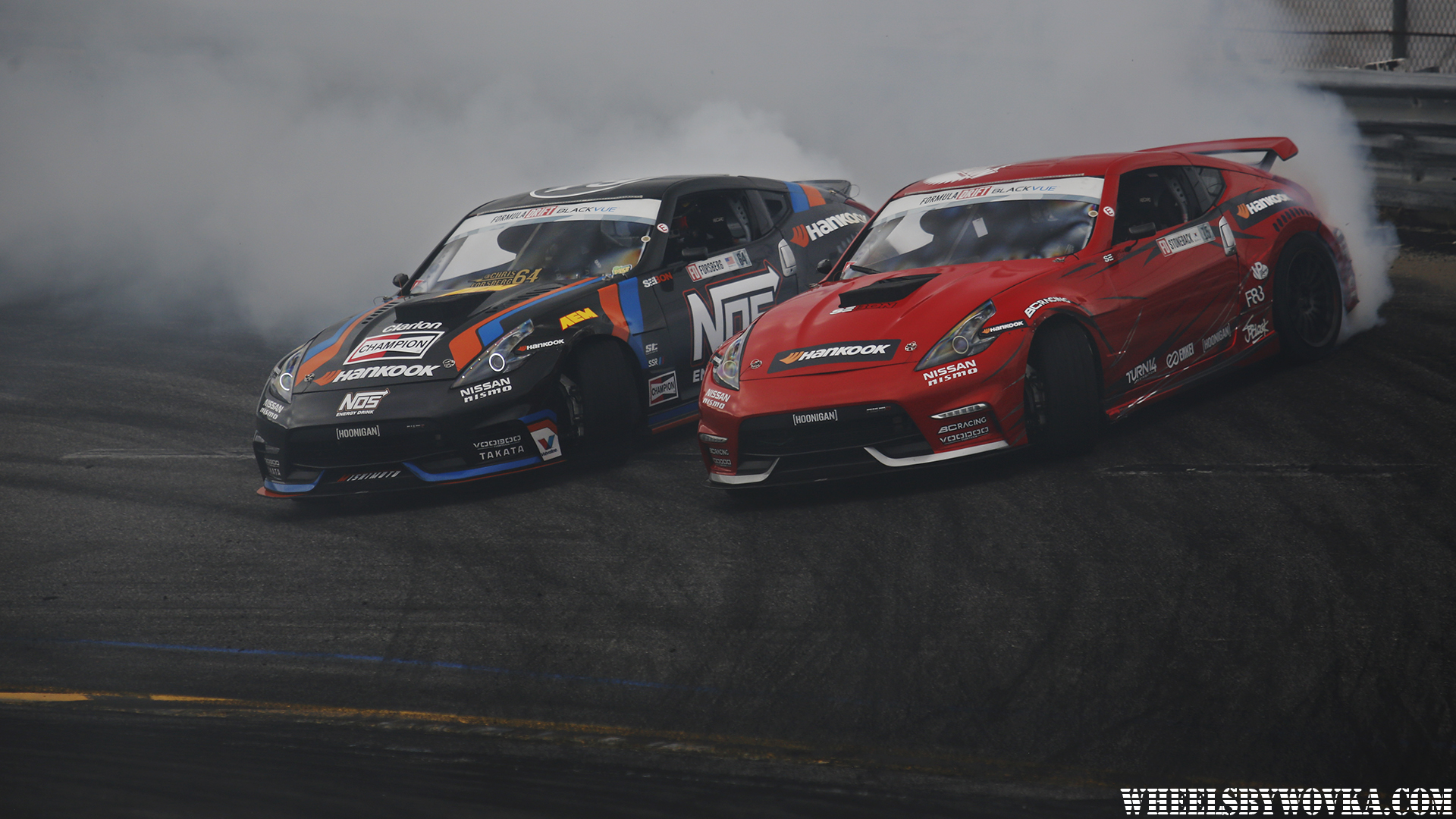 OK, kidding! Ha! After a small brake, main competition started. I was rooting for the dudes from Estonia, but mainly waiting for properly close tandem battles. 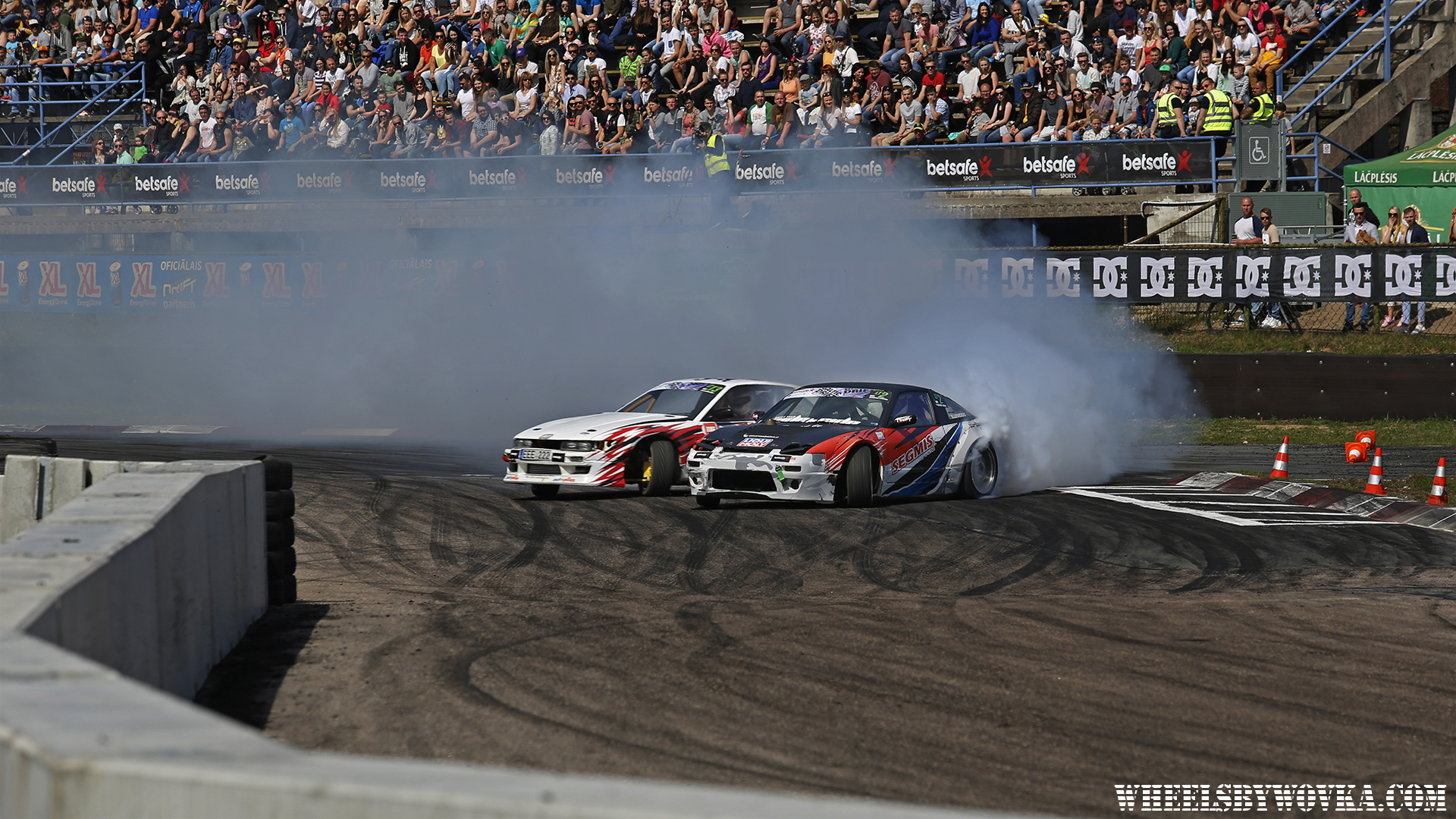 Weather was “drift-typical” for our region – sunny without any sign of clouds, which makes photography unpleasant to say the least – too many reflections, overexposed tarmac or dark parts of the car.. 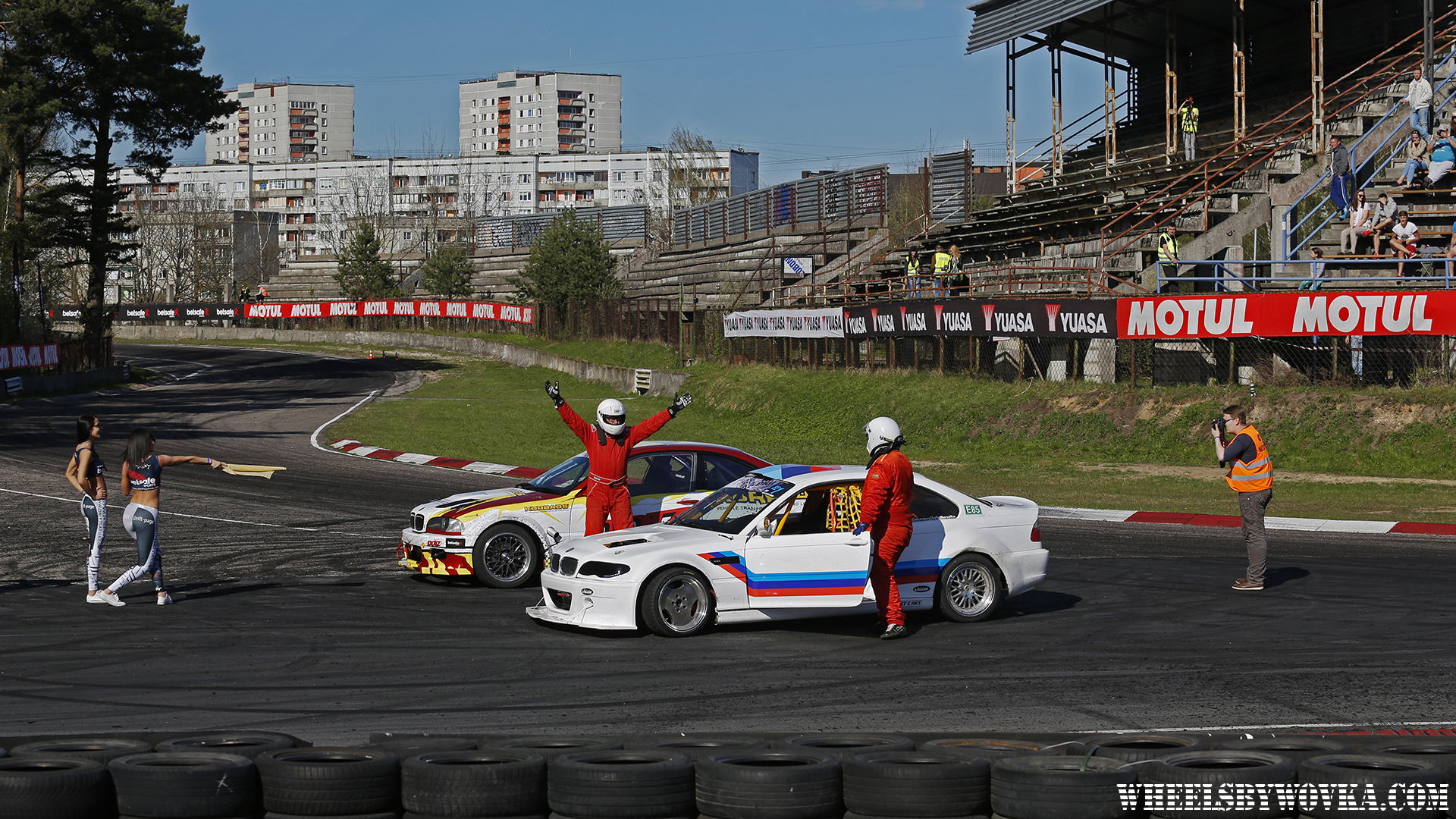 Harold Valdma, with a new kevlar body for his E46, was looking good and didn’t have any problems to move to Top 16. He would face off Egle which I thought is promising – similar cars, both fast, grippy and developed in a bigger shed than usual grassroots guys out here. 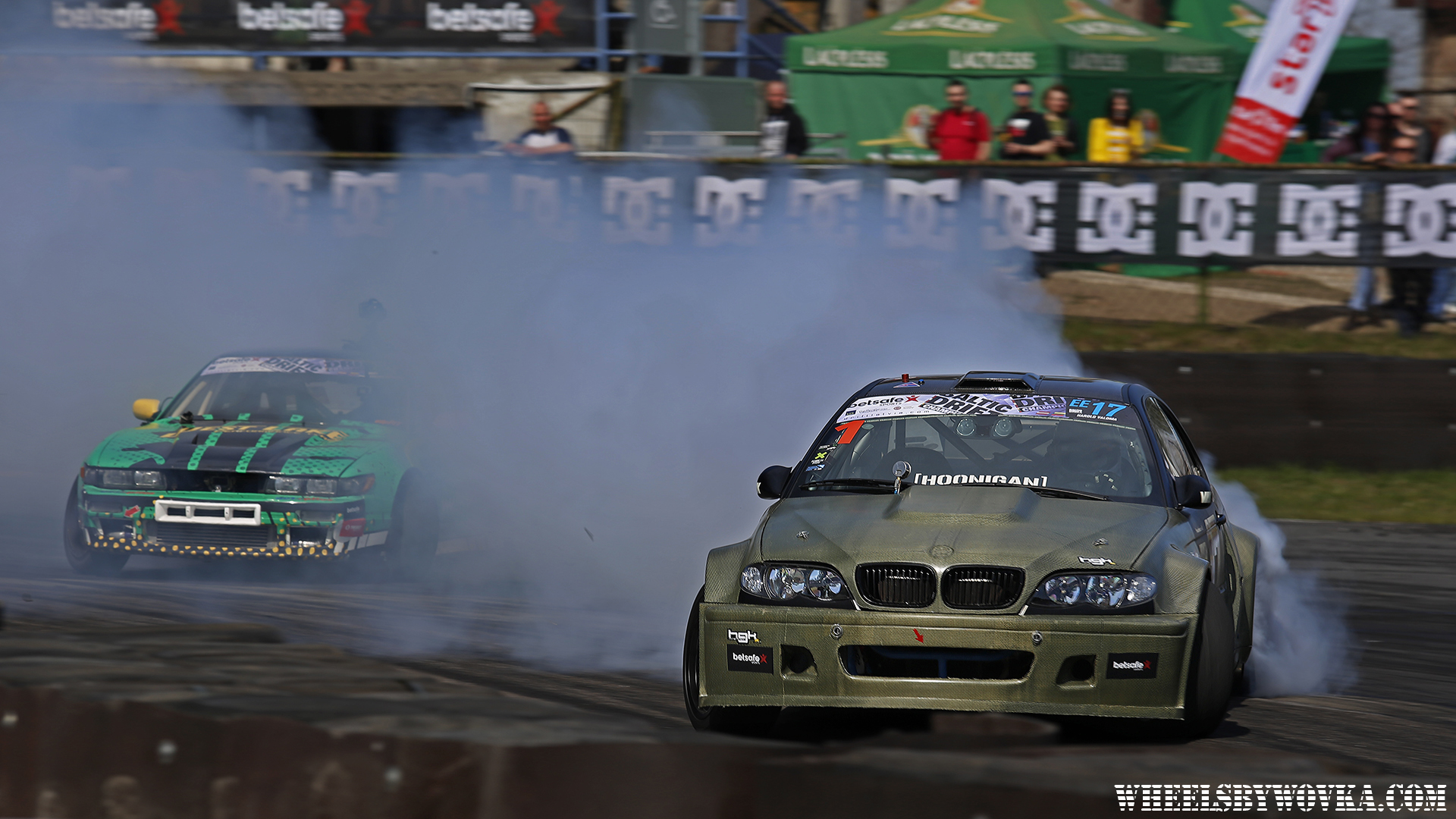 Team Ghost updated their livery and were looking awesome. Some were saying, that 2016 will be the last year for Kristian Klemets and Jarmo Luht, but so far they’re here – “only two” Estonian drifters, who don’t drive a BMW. 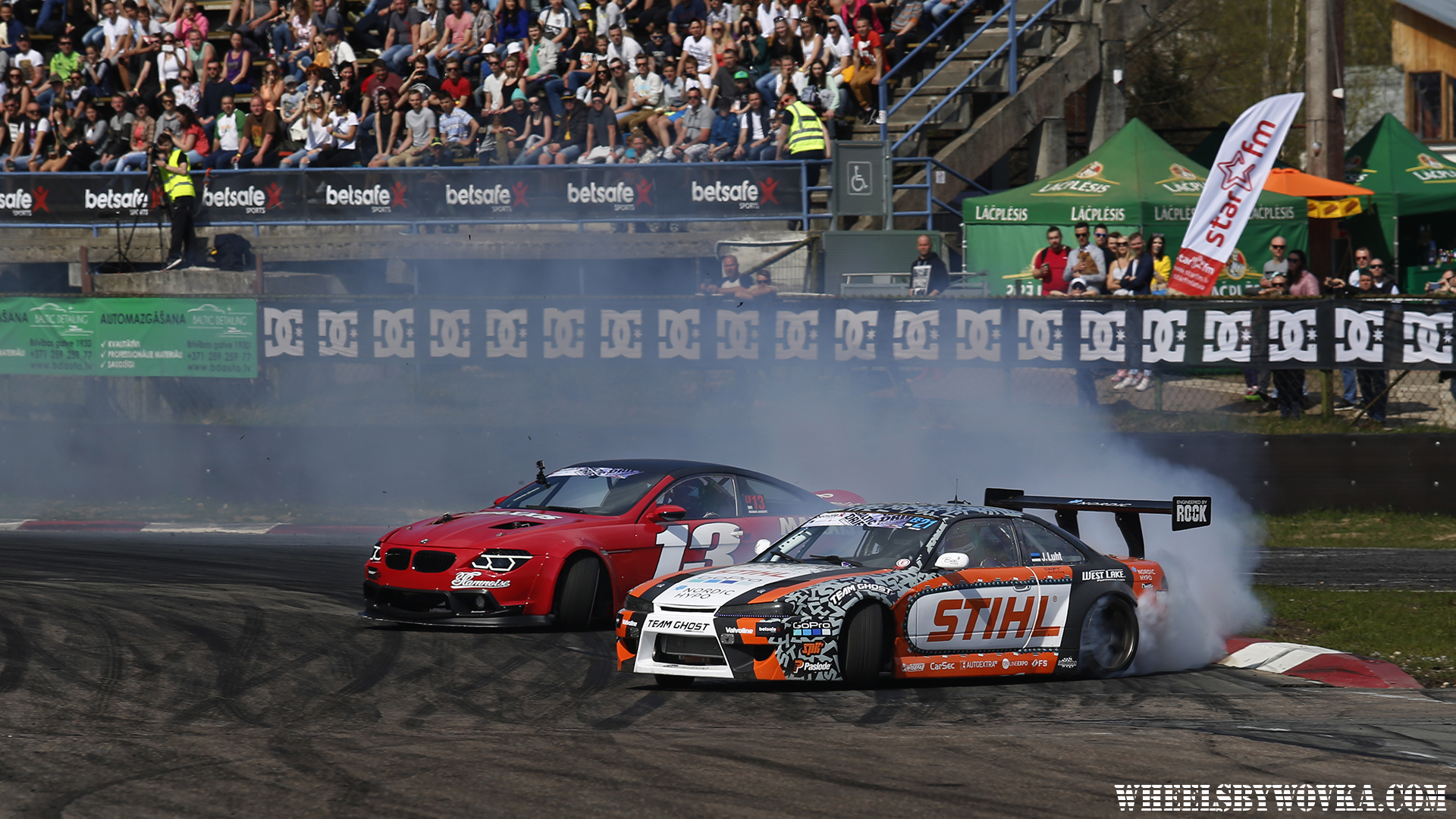 Mihkel Tults performed well in qualifying and did even better in competition. 3rd place overall. 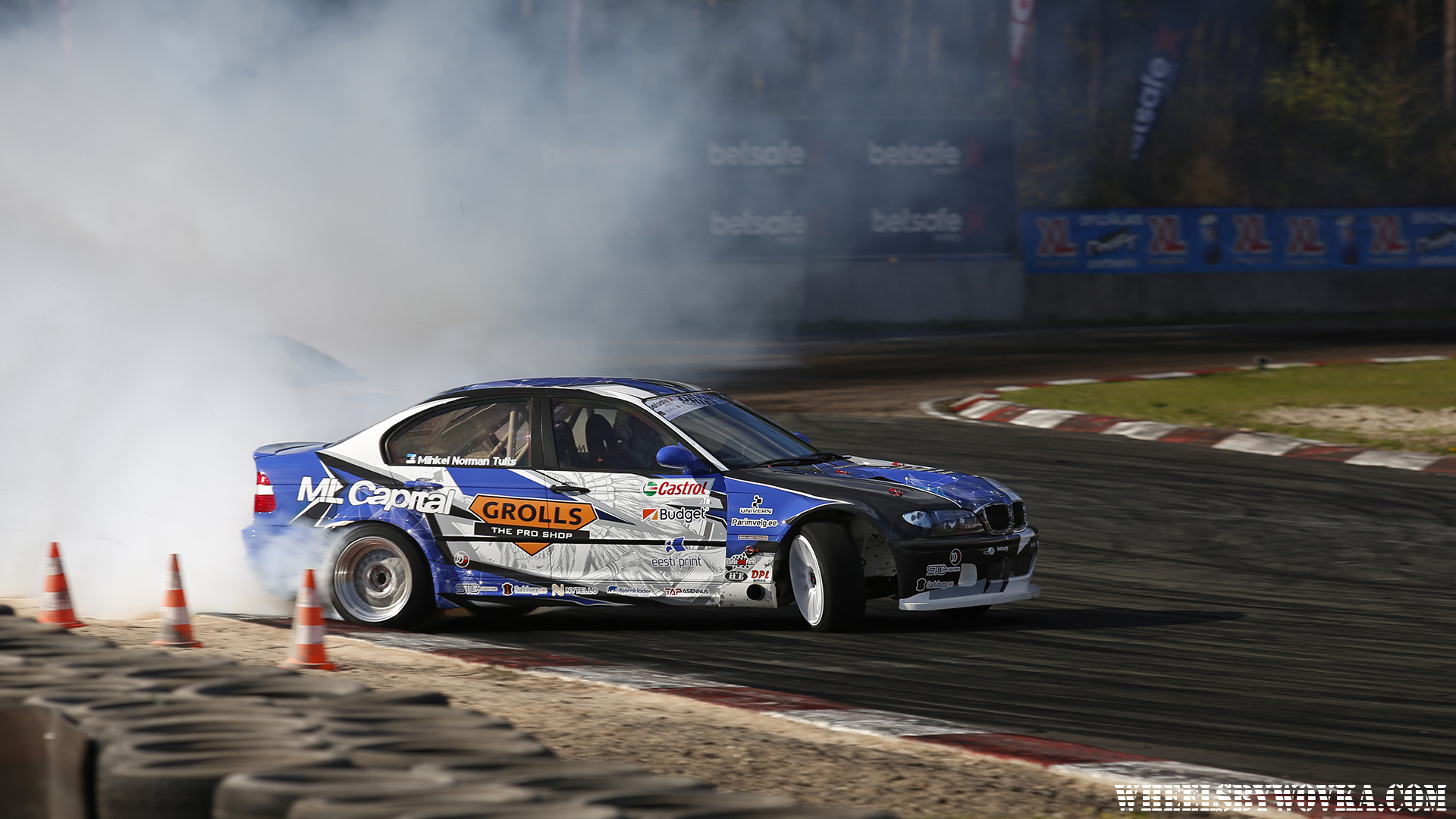 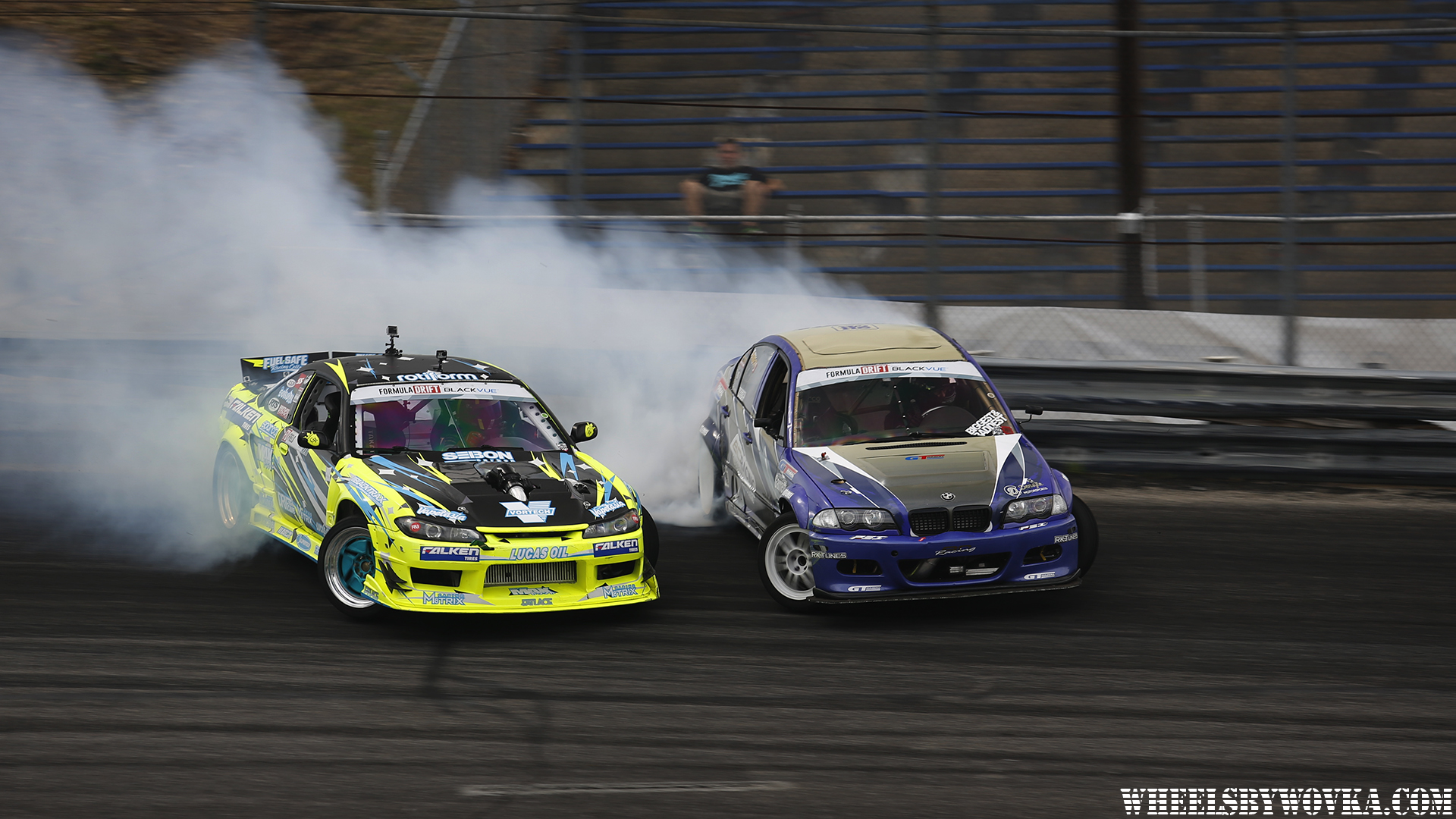 Real final was between Janis Eglite and Mantas Kulvinskas. Winner was decided after an OMT battle and only the mistake of Lithuanian driver made life easy for Janis Eglite. 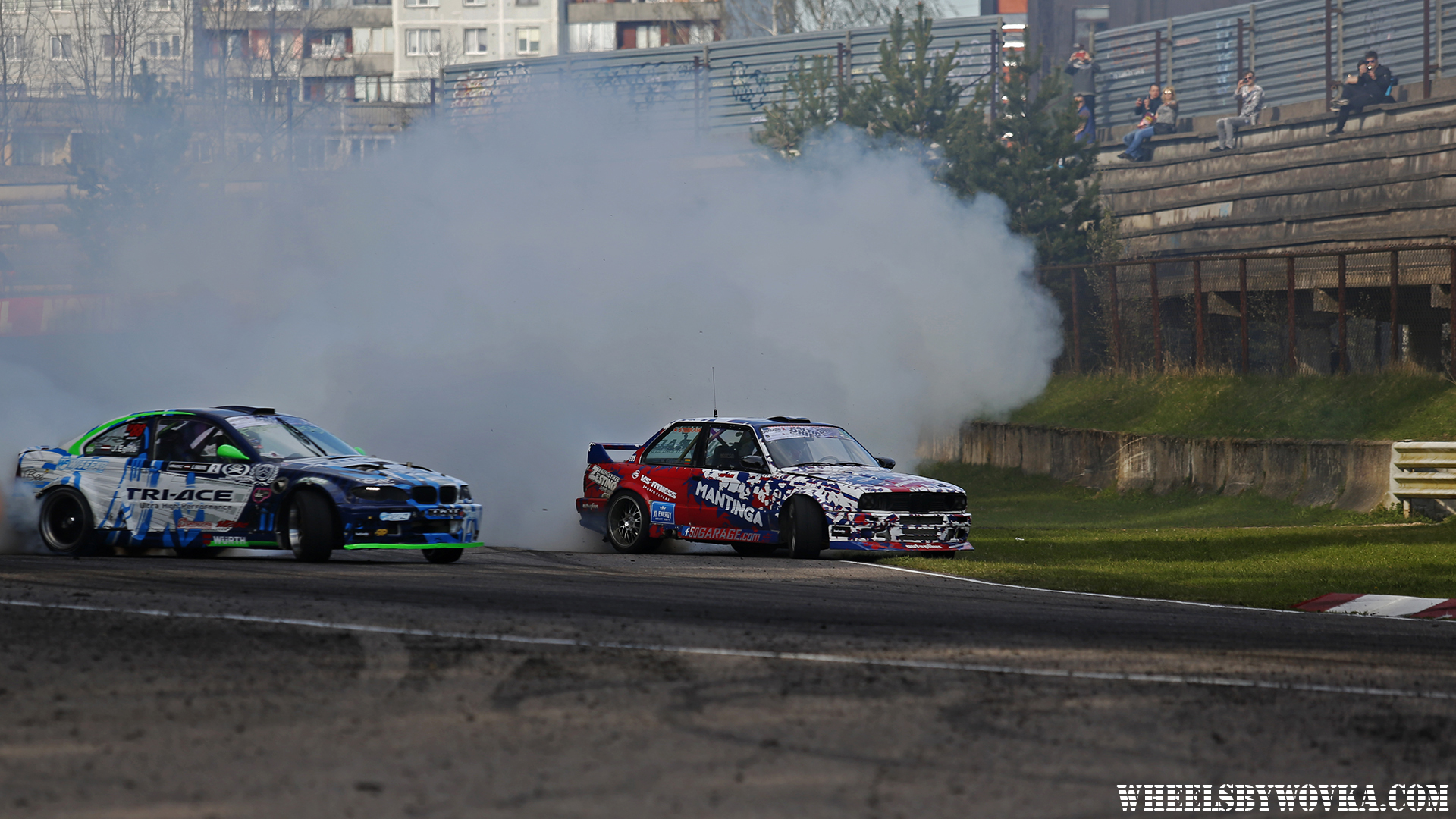