Group C was the main Prototype class introduced in 1982. It was live for 11 years, until a change of engine regulations killed it in 1993. In theory any engine was possible. This allowed production engines like V8s from Aston Martin and Mercedes and Jaguar V12s to compete head to head with Mazda’s rotary engines and so on. As it usually is, this provided spectacular racing, produced many great solutions, attracted many manufacturers and spectators.

For me it’s a honour that we’re still able to see these late 20th century racing cars on the track, be it a support race for current WEC prototypes or a classic Le Mans event. The energy, the noise, the awesomeness of them is mind blowing. 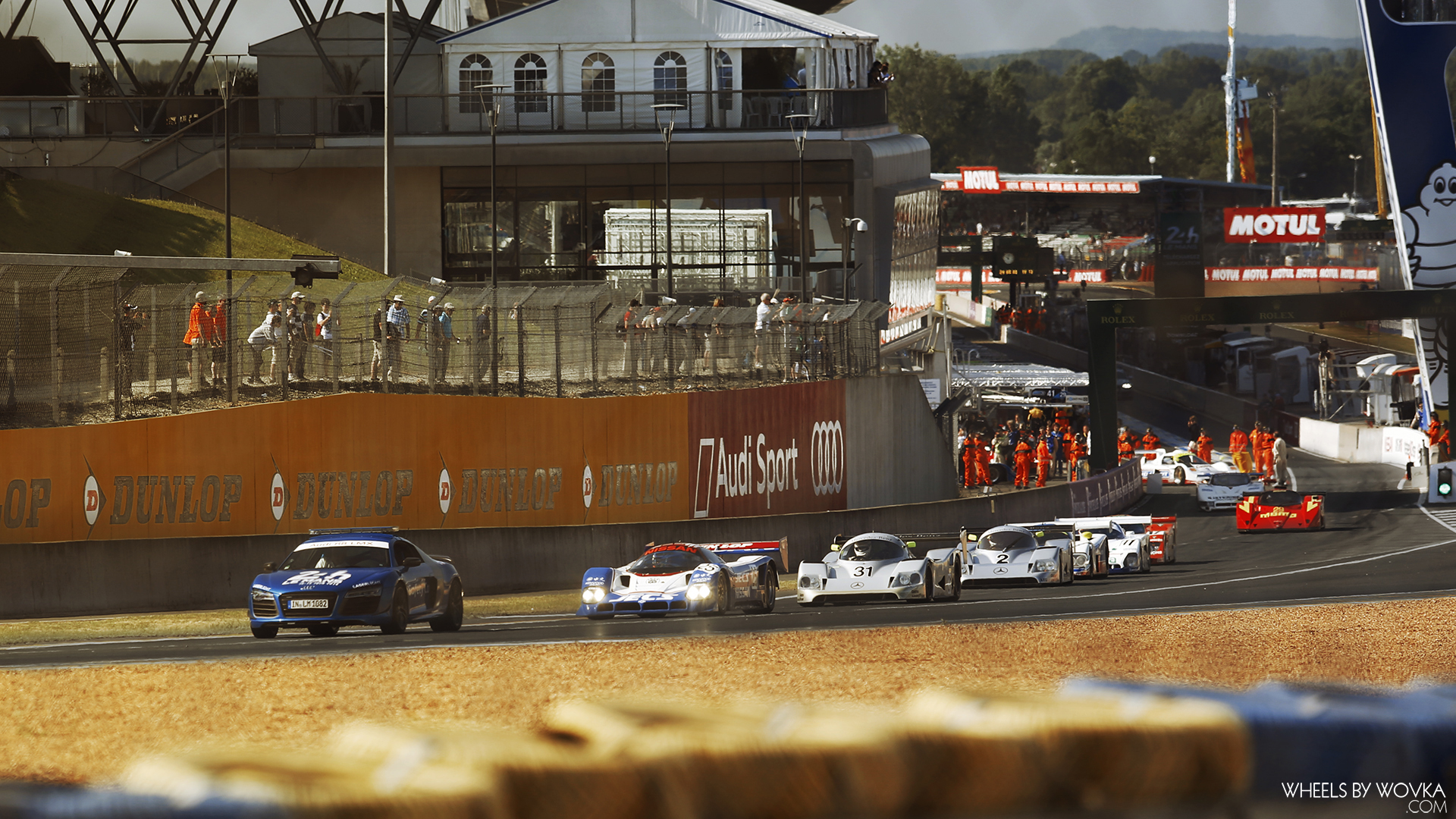 First Porsche 956с arrived on the racing scene in 1982. It is believed that 956 is the archetypal racing prototype shape. 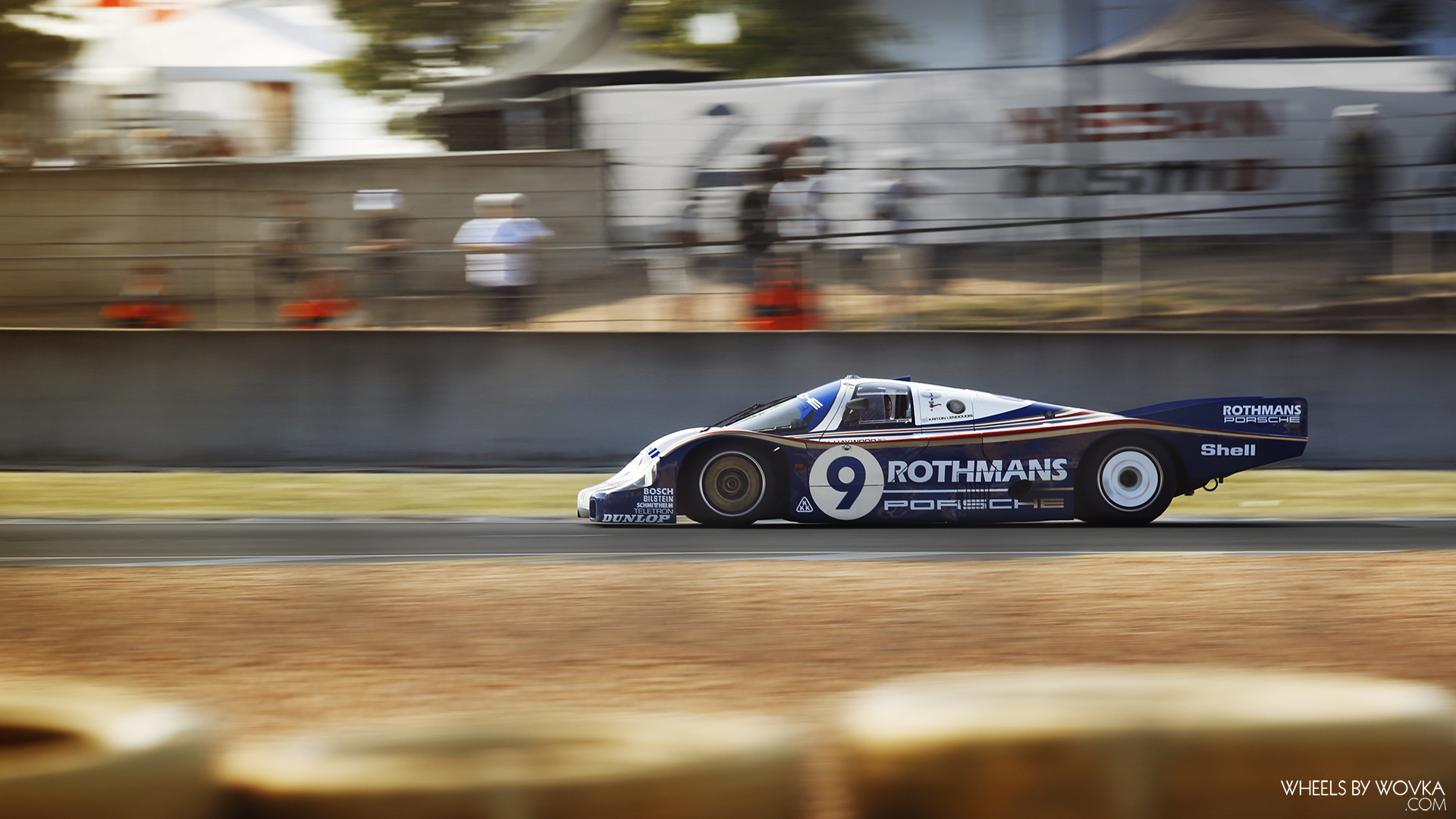 In 1990 Mercedes introduced the C11. It was built by Sauber, but Mercedes decided for the first time to put their own brand on the car. It used same 5.0L Biturbocharged V8 engine that was in Sauber C9. In two years C11 gained 7 wins and one driver’s and constructors’ championships. 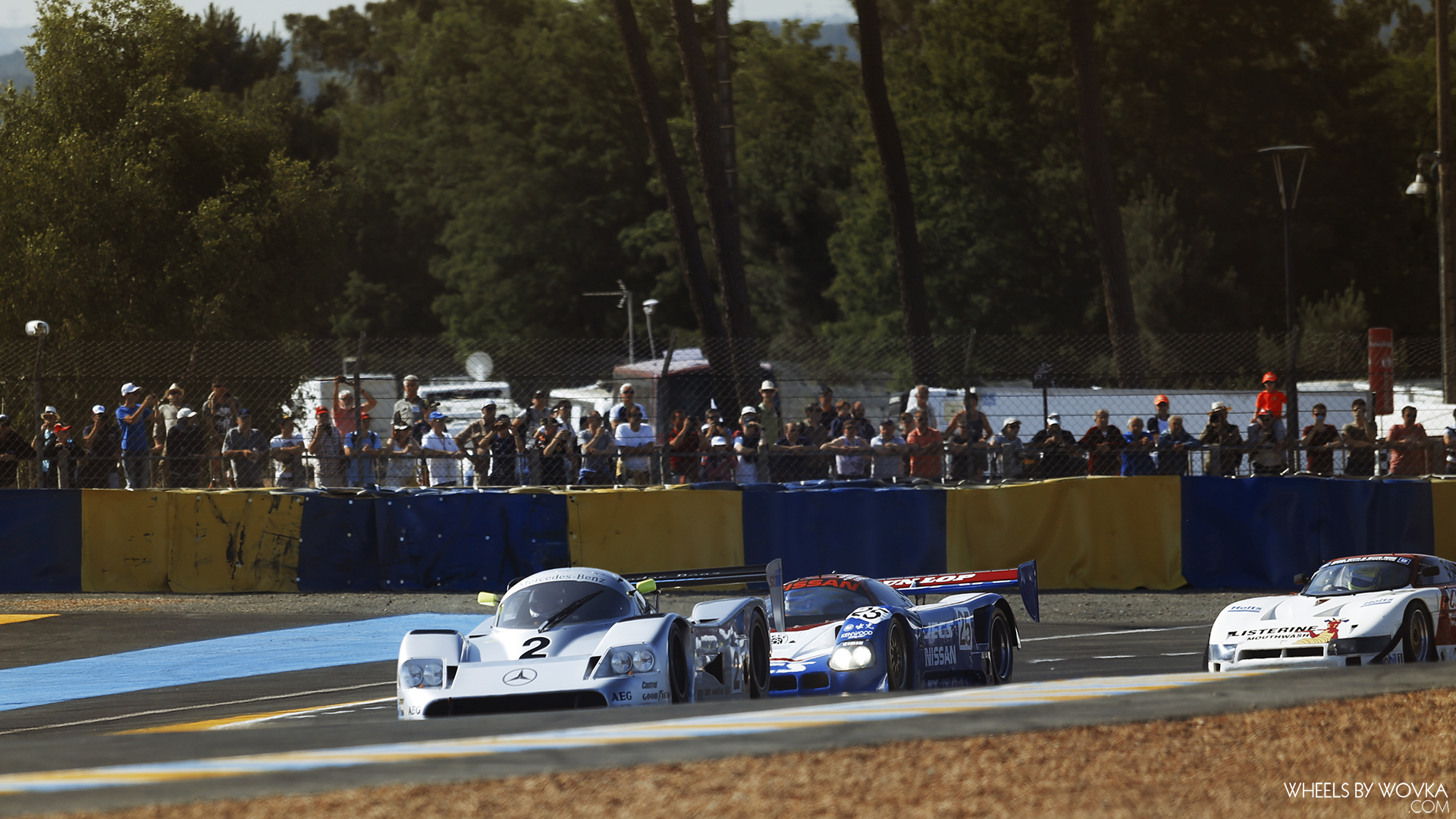 Mercedes C11 was proven to be unstoppable in his time. 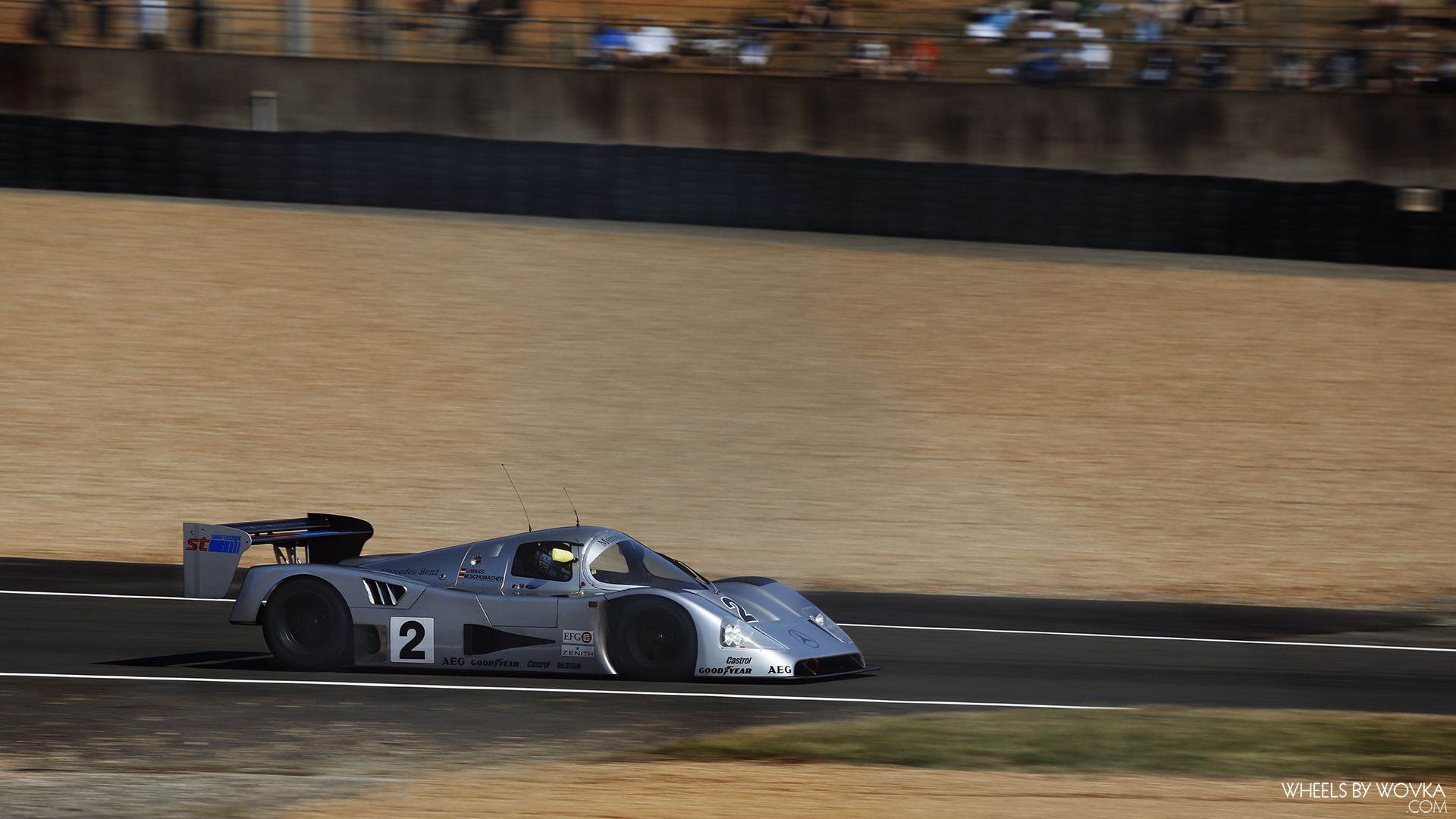 Jaguar returned to Le Mans with their V12 cars in 1990 and won convincingly against Porsche works team that just returned to the series. 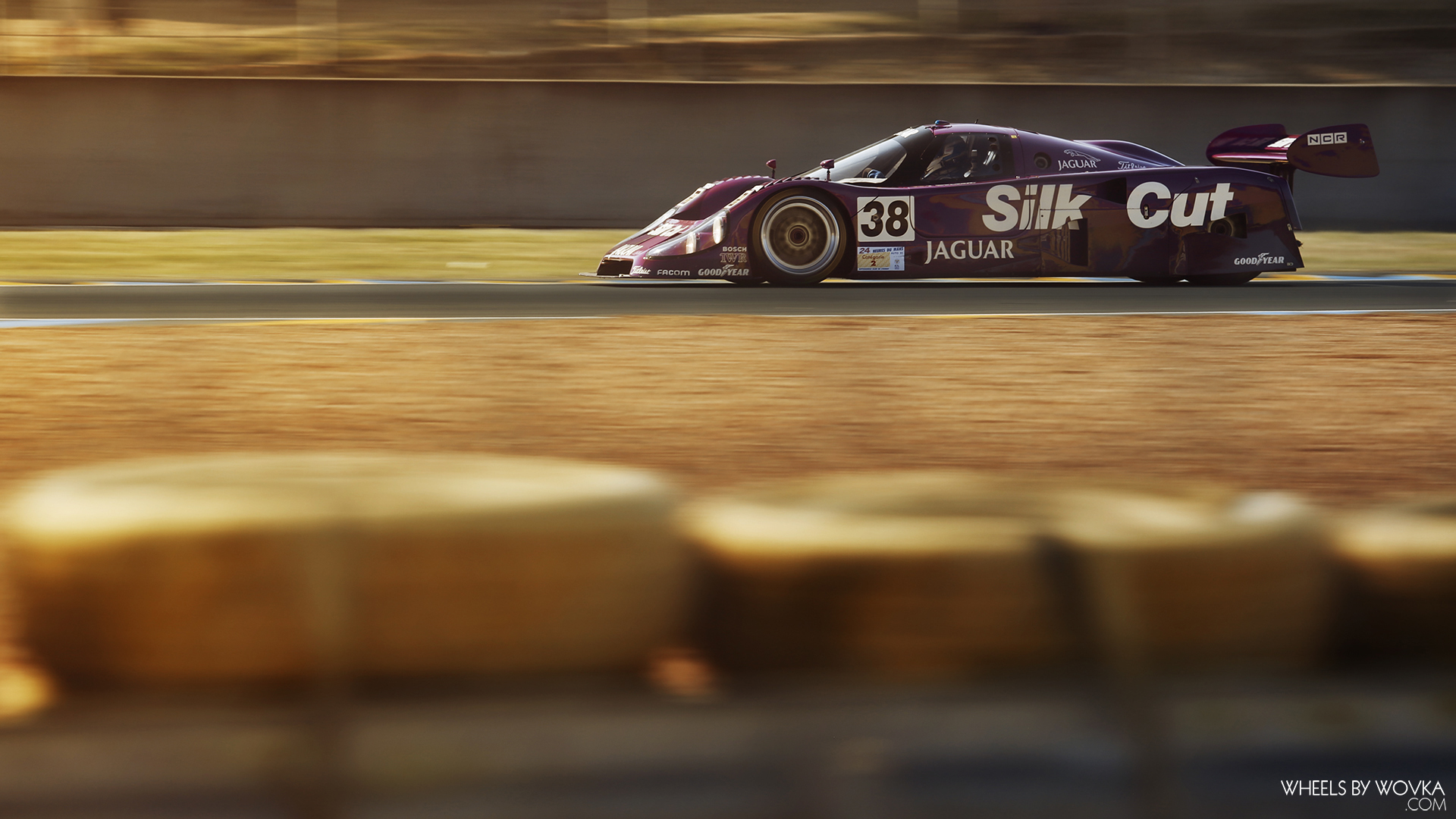 Jaguar XJR-16 was a lot less known race car that competed the next year. 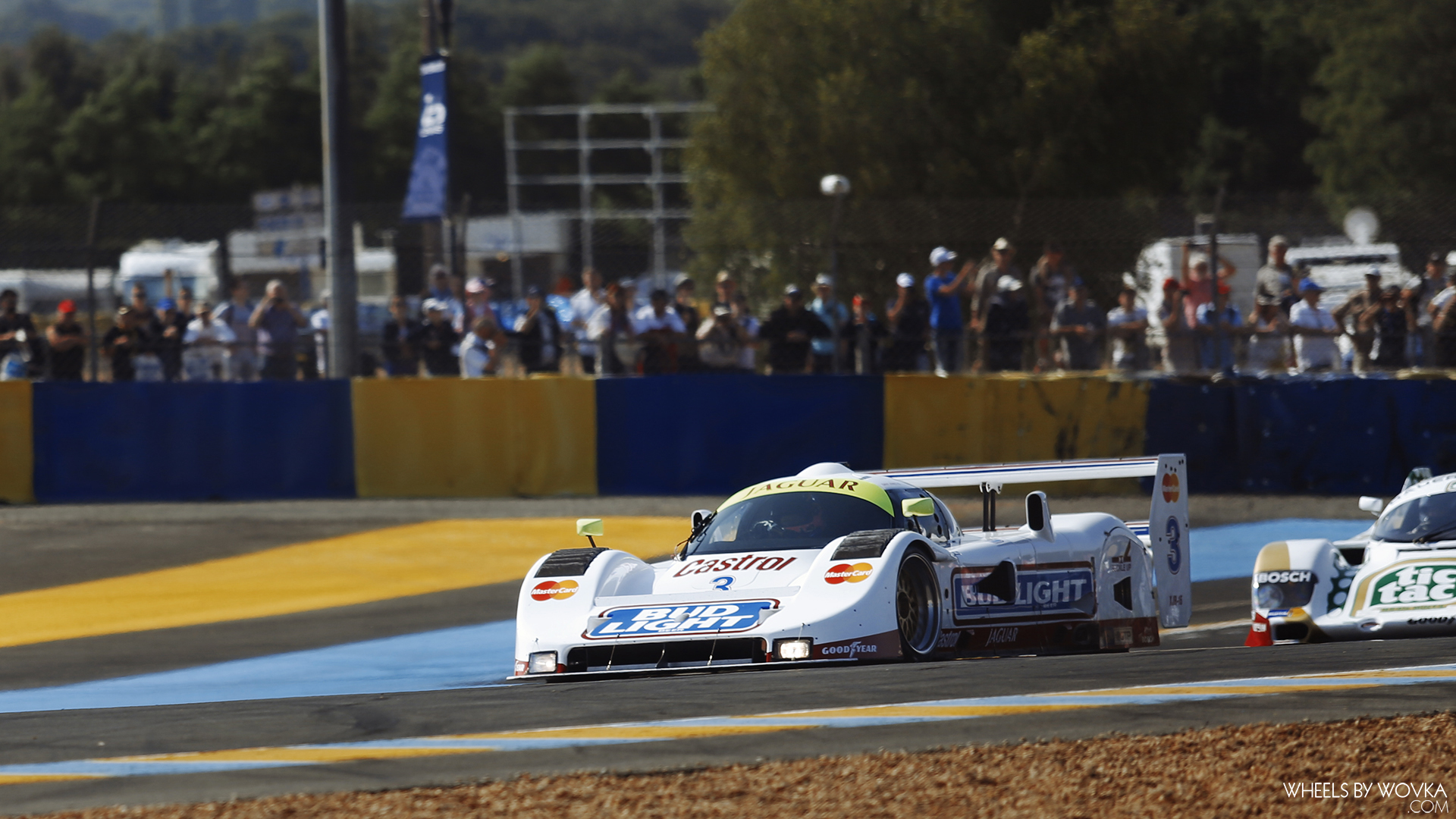 Aston Martin’s AMR1 was noted as the most promising British Group C car, but soon after Ford acquired Aston Martin, it has withdrawn Aston from racing, so they wouldn’t compete with their another brand – Jaguar. 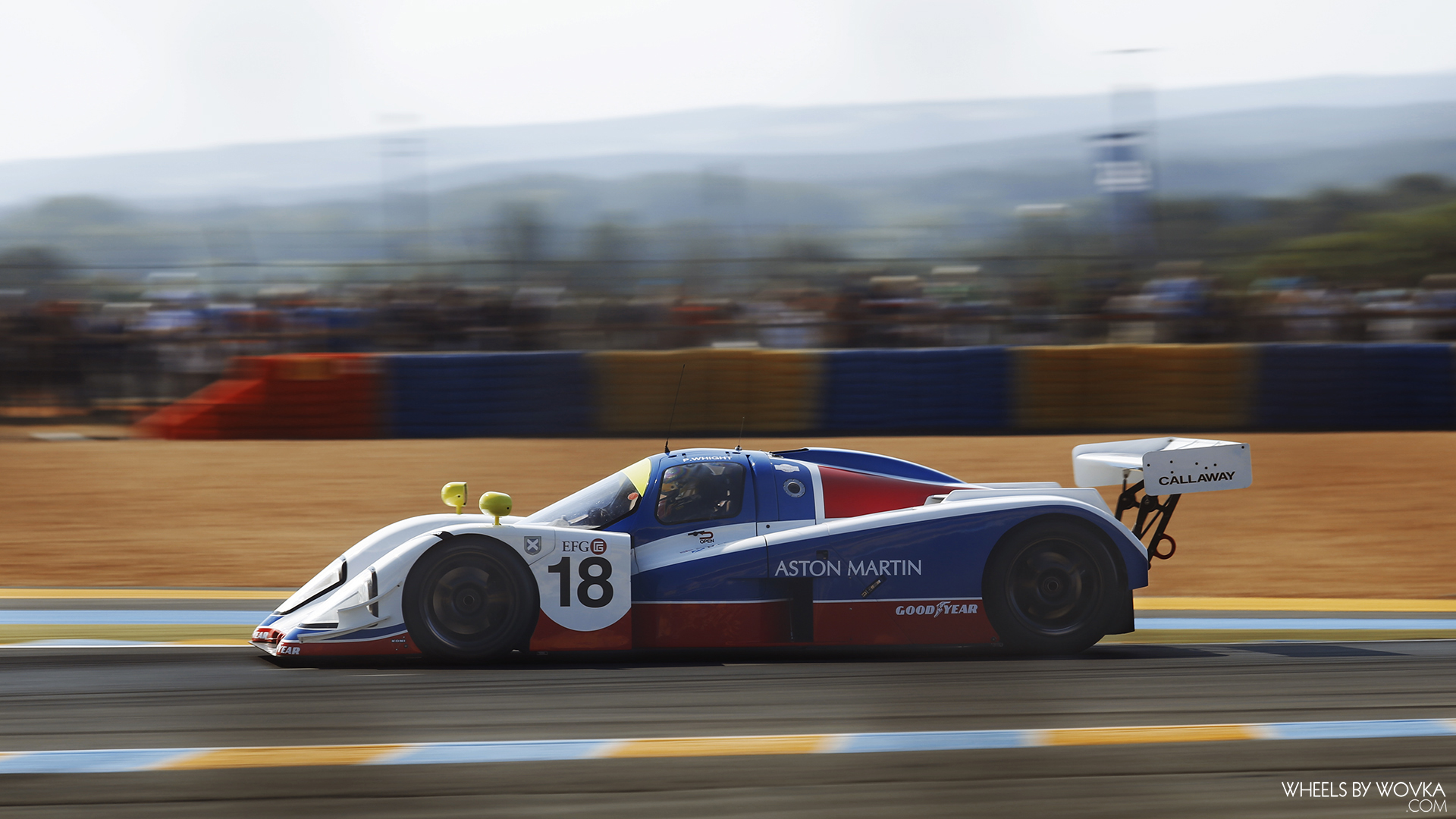 Spice SE86, also known as Pontiac Fiero GTP, was running by another British team – Spice Engineering. They teamed up with General Motors and ditched Cosworth engines to Pontiac’s 3.3 liter. 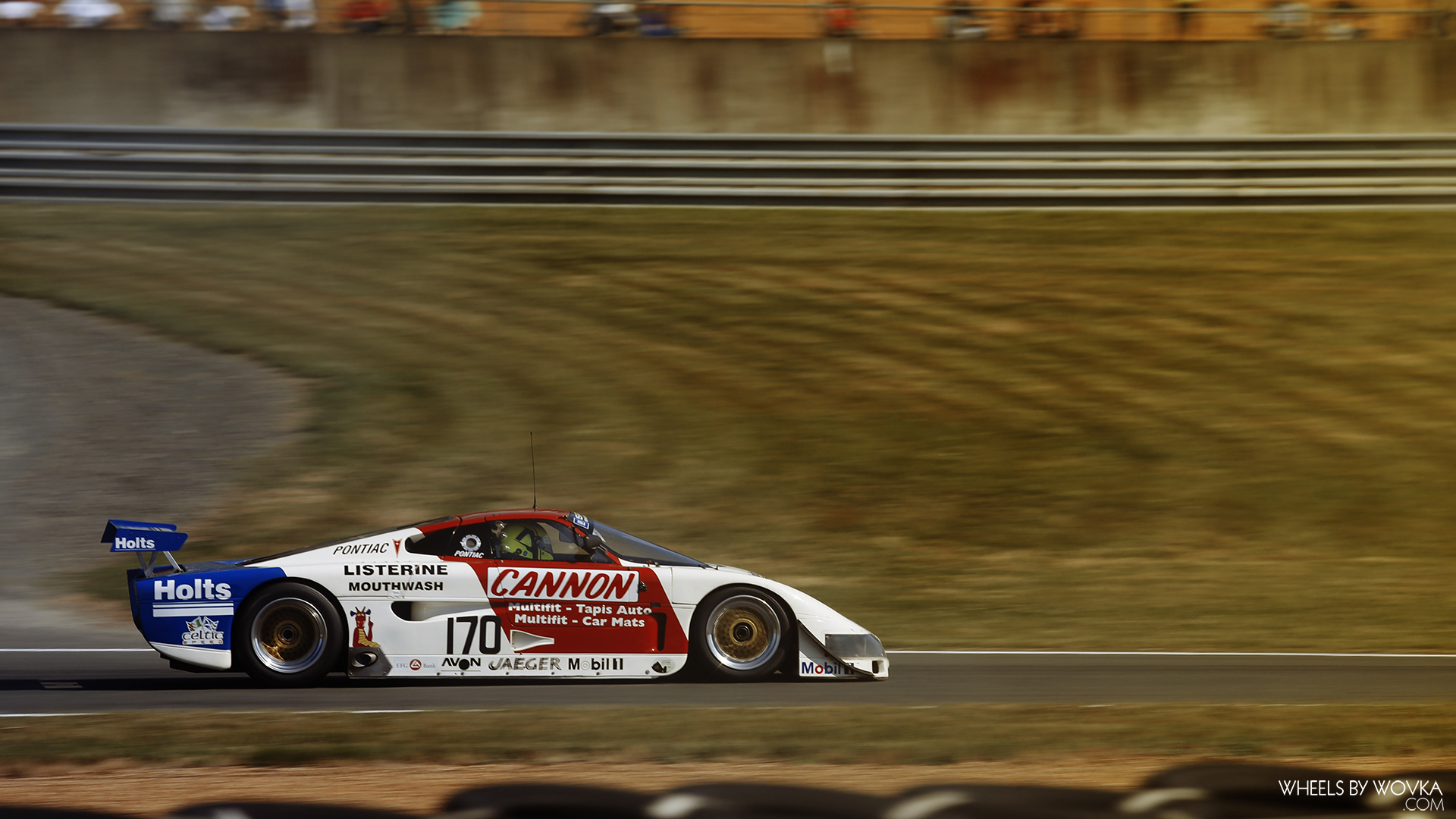 Japanese went mental with Mazda 787B. They used 700hp rotary engine with 4 rotors. This set up granted them the victory at 59th running of 24 Hours of Le Mans 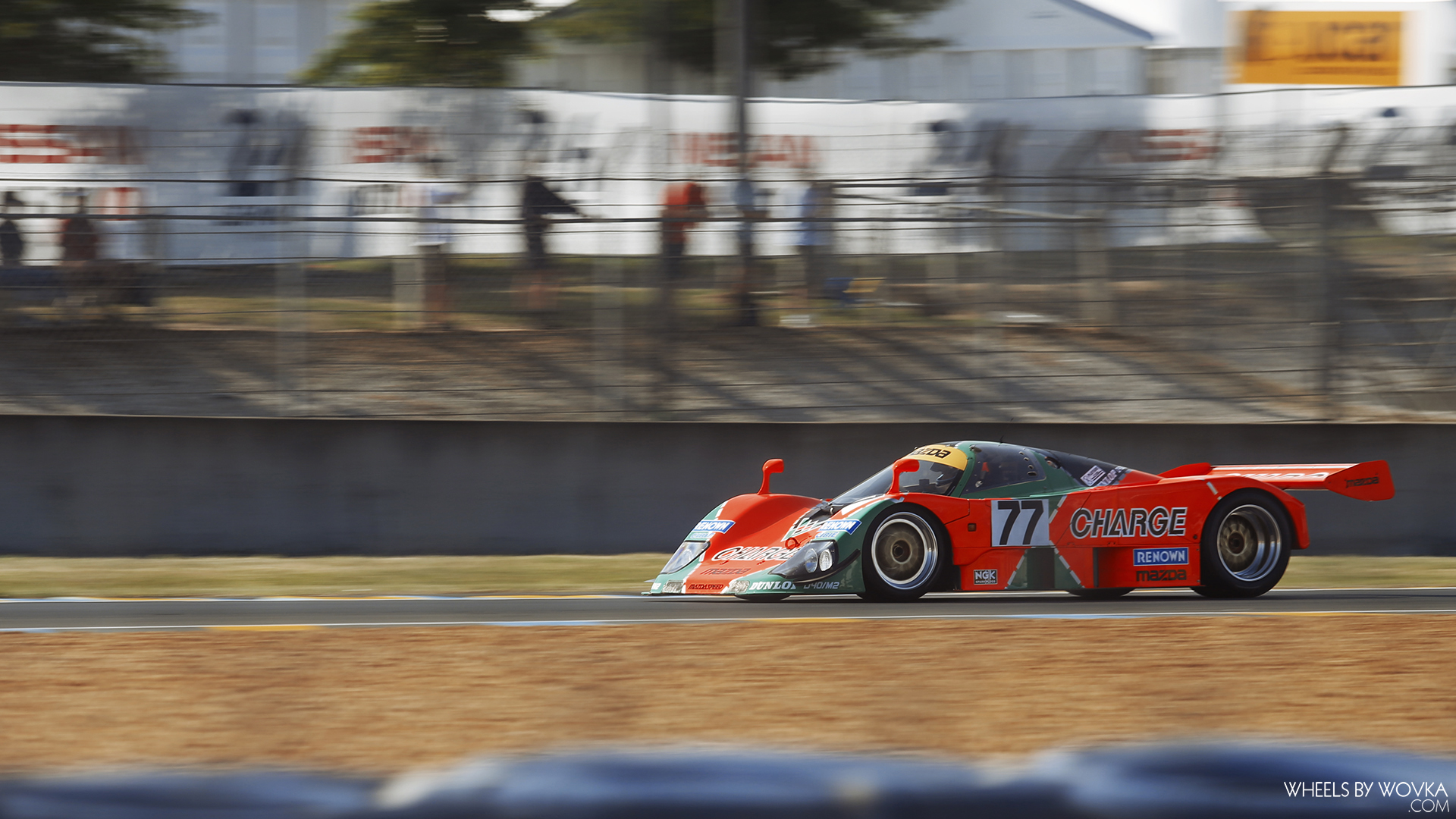 Le Mans Classic is all about livery, famous green-orange of Mazda, Martini colours, Gulf colours, and for example this classic Jägermeister livery on Porsche 962 (shot on Kodak Portra 160NC film). 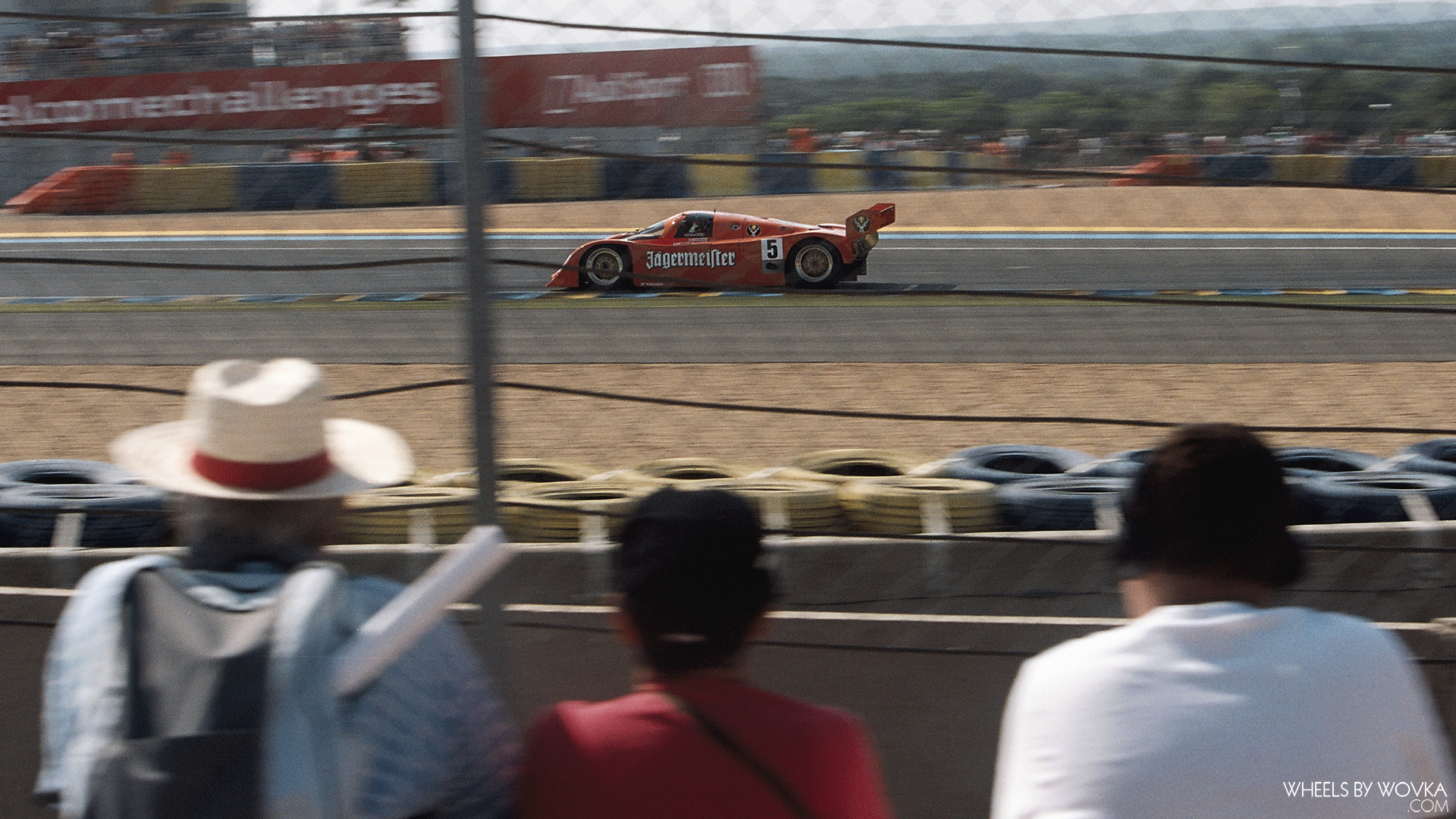