Hello dear reader, indeed this is the ultimate guide for collecting Hot Wheels die-cast models, especially if you live in 2016. I won’t be writing a lot of prologue, you can find all that on Wikipedia, I will just mention few significant years that are important for collectors, like 1968, the year when Hot Wheels brand was launched by a company called Mattel. 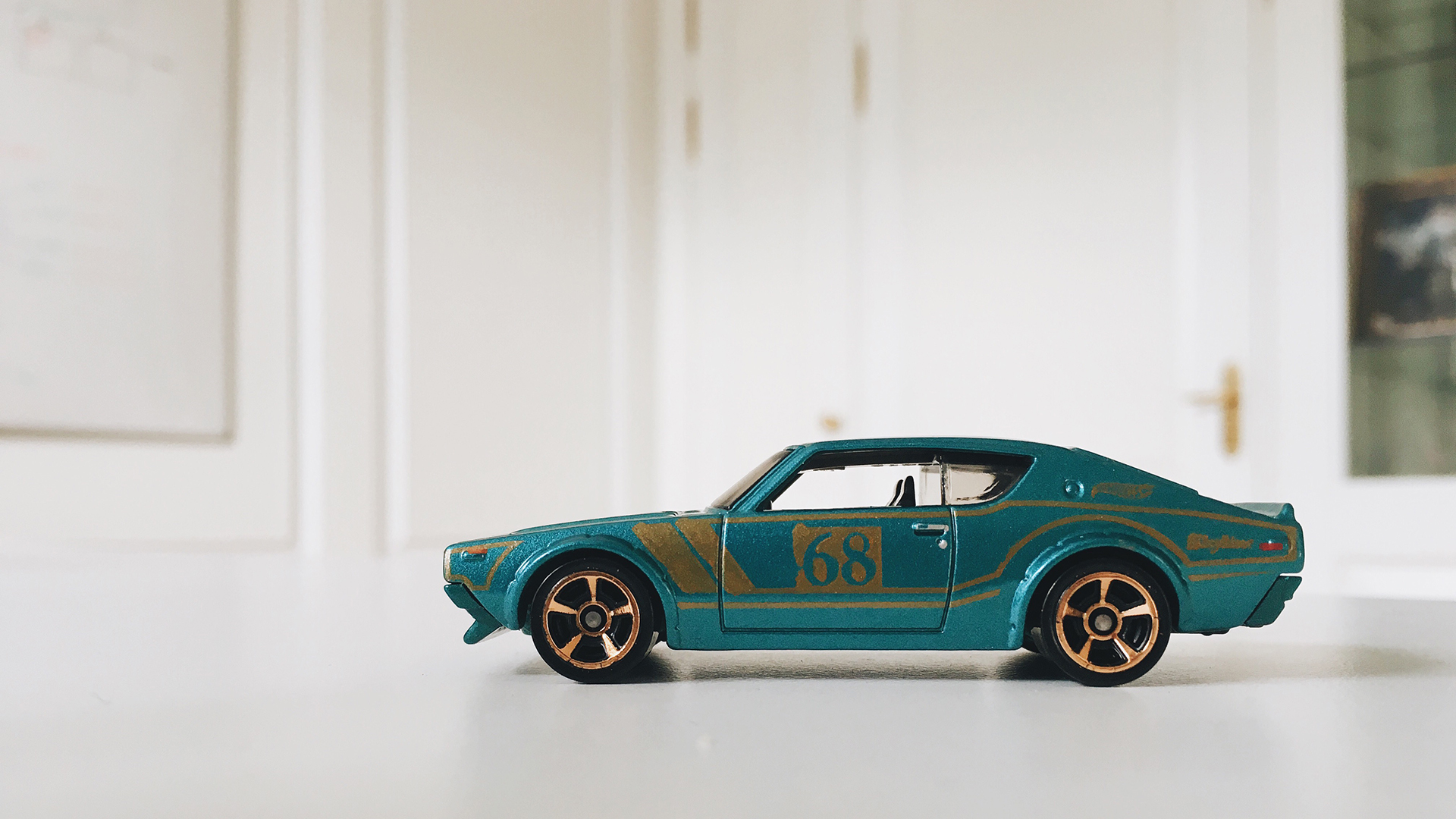 Models from 1968 and 1977 are also known as Redlines, because their wheels featured a red pinstripe on the side. Now Redlines sometimes make a comeback in special series models – anyways, extremely rare and pricey. Hot Wheels also has a thing called Red Line Club – it’s an annual premium membership that gives access to some exclusive deals and features.

Next big era of Hot Wheels is the Treasure Hunt years, started in 1995 and active to this day. Yes, this is the chapter that you should concentrate on. So, nowadays there are around 250 models (365 in 2017) that you can buy as Mainlines (basic series). Here’s the twist, some of the mainline cars are harder to find, because they were produced in fewer quantities and are called Treasure Hunts. It gets a bit more complicated, next to basic models and treasure hunts there is a handful of Super Treasure Hunt cars that are even more rare and collectors are interested mainly in them. So, how can you find one? 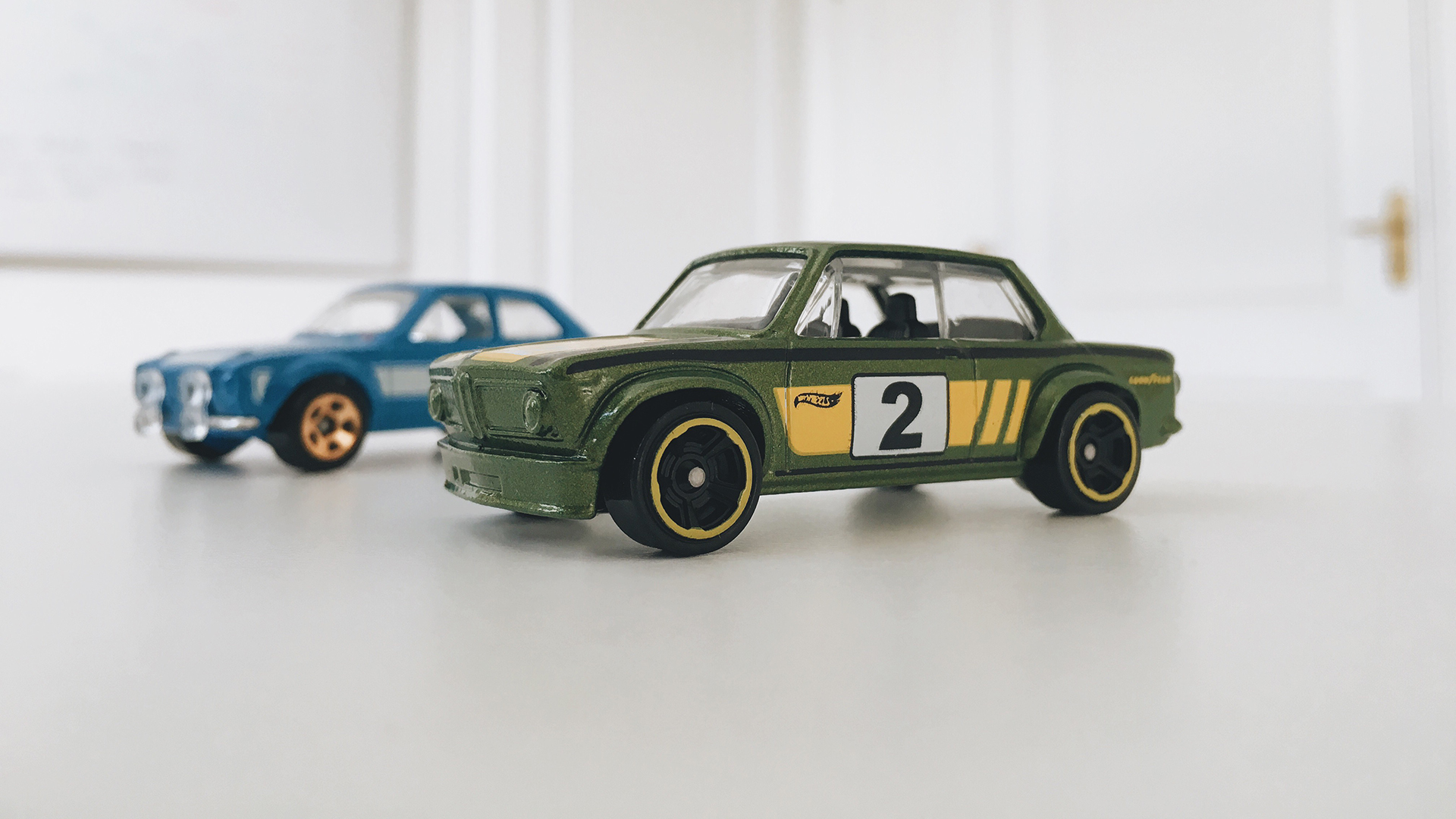 TREASURE HUNT
Treasure Hunts are usually easy to spot, they all have flame in a circle logo somewhere on a door or a spoiler, but sometimes it can be hidden inside a colourful grafitti art or some stripy decal. Also, this logo is featured on the blister box behind the die-cast model. 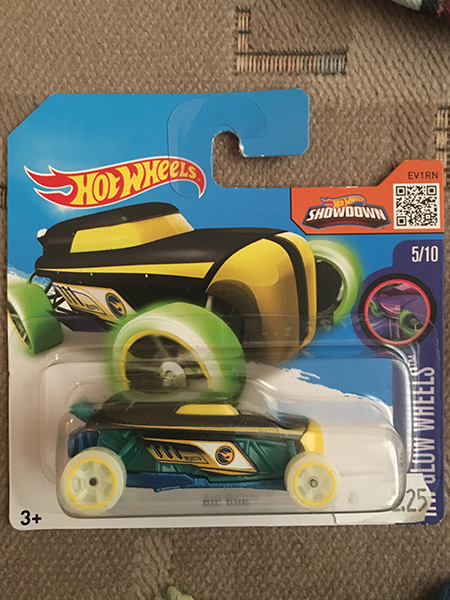 SUPER TREASURE HUNT
Super Treasure Hunt is more interesting. They are much harder to come across, since their production number is even smaller. If you see one, you have to immediately buy it. Usually they represent a “tuned” version of a normal Mainline, but they have better paintjob, usually more stripes, flames or artwork and the Real Riders (wheels that are rubber rather than plastic and better rims). Sometimes these tires are also Redlines. They also have letters TH somewhere on the body and this is basically how you spot them. 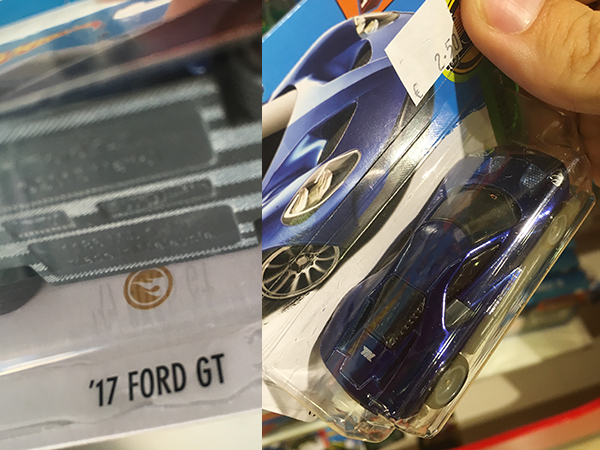 MAINLINE VS SPECIAL SERIES
I have researched a bit on this topic and my final decision is that Mainlines are more special from collectors’ point of view. Mainly because of the Treasure Hunts. Special Series (limited segment, like BMW or Japanese Historics or The Beatles, etc.) are priced higher in the store, but basically you can get all of them everywhere, there are no hard-to-find casts inside this special series. It’s definitely cool to have a collection of those and most of the time they look nicer than the mainline models, but you don’t get the thrill like going on a search of a Treasure Hunt gem.

ZAMAC, ERRORS, VARIATIONS
These are the features I like, especially ZAMAC, the word sounds cool by itself, I would name a dog like that, but what does it mean? It stands for “Zinc Aluminum MAgnesium and Copper” or “Zinc Aluminum Metal Alloy Casting.” Sometimes, a Hot Wheels car is made without any livery and sold like that, which would make it a ZAMAC Edition.

Error is basically a model that has something weird on it because of some situation. Sometimes specific wheel sets would run out on a factory and those would be replaced with a different set. May happen that front and back wheels have different patterns. Also paintjob may be different, some colours may be lost.

There are aslo variations of a same model. Same cast can be coloured differently during the same year.

In short, all three features are highly praised by some collectors. Some like to collect ZAMACs, others search for errors, few collect only variations of a same model. 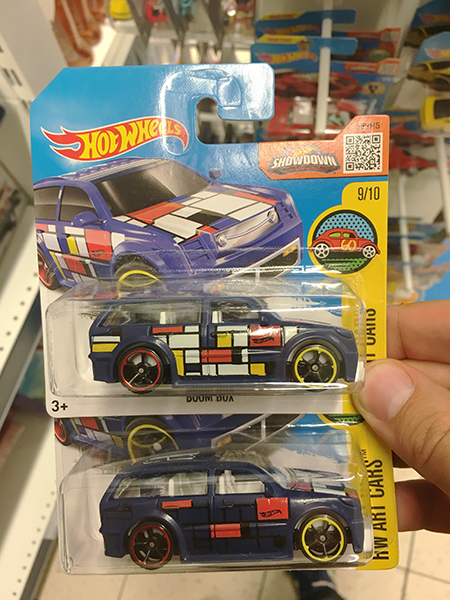 FIRST EDITIONS
Casting (tooling), is the structural design for each Hot Wheels car. The year that you see on the buttom of the car is the year when cast went into production. Every year new models are made and it’s a good feeling to have the first version of the cast, especially after many years from its debut. Name of the casting usually doesn’t change, but ccasionally it may change and the new name would go forward. Sometimes, castings stop being used for a number of years and return with an updated tooling later.

CUSTOMS
It is what it is. Some collectors enjoy customising their Hot Wheels models: change wheels, repaint, apply new decals or modify the body. Your imagination is endless. 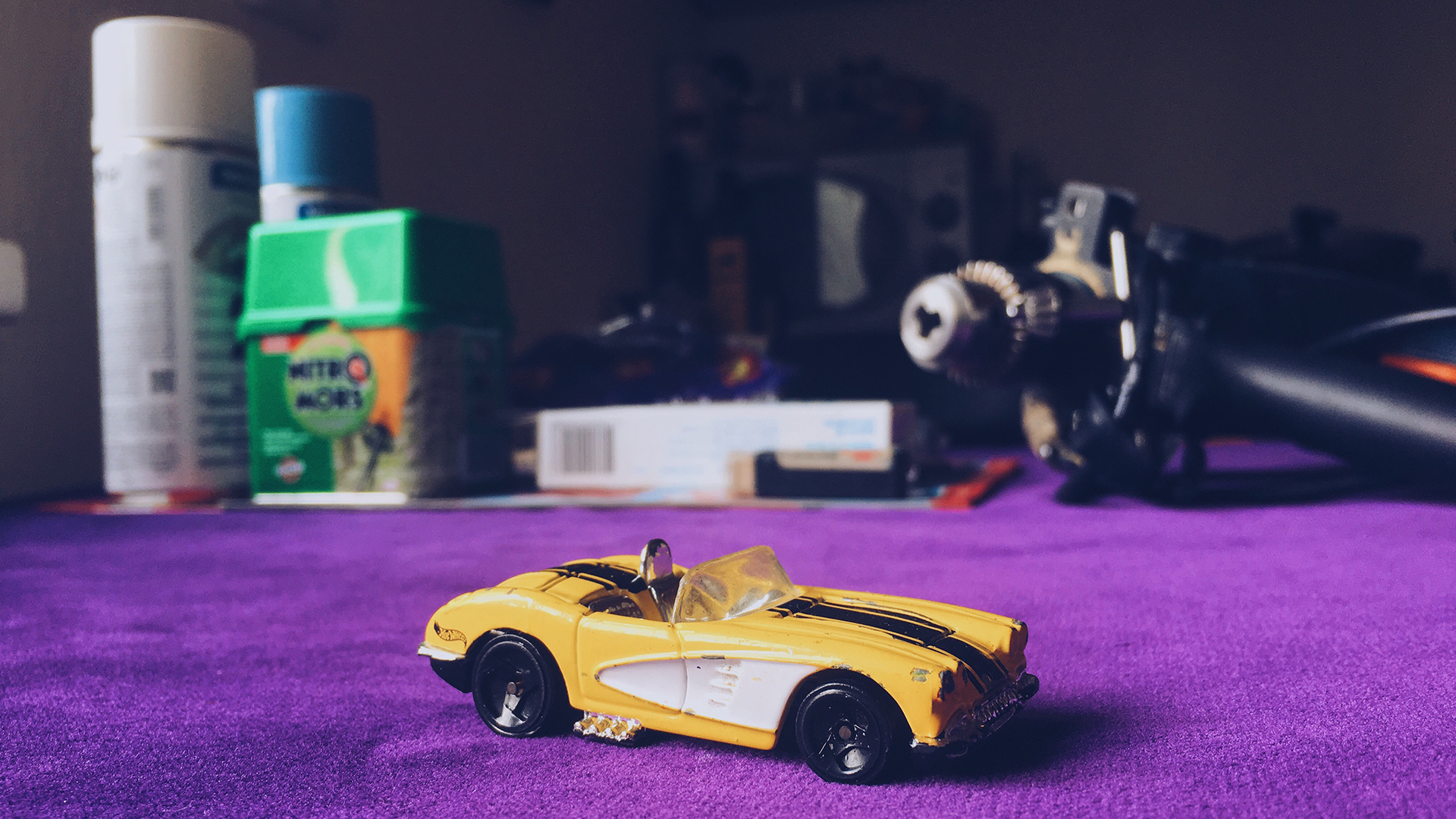 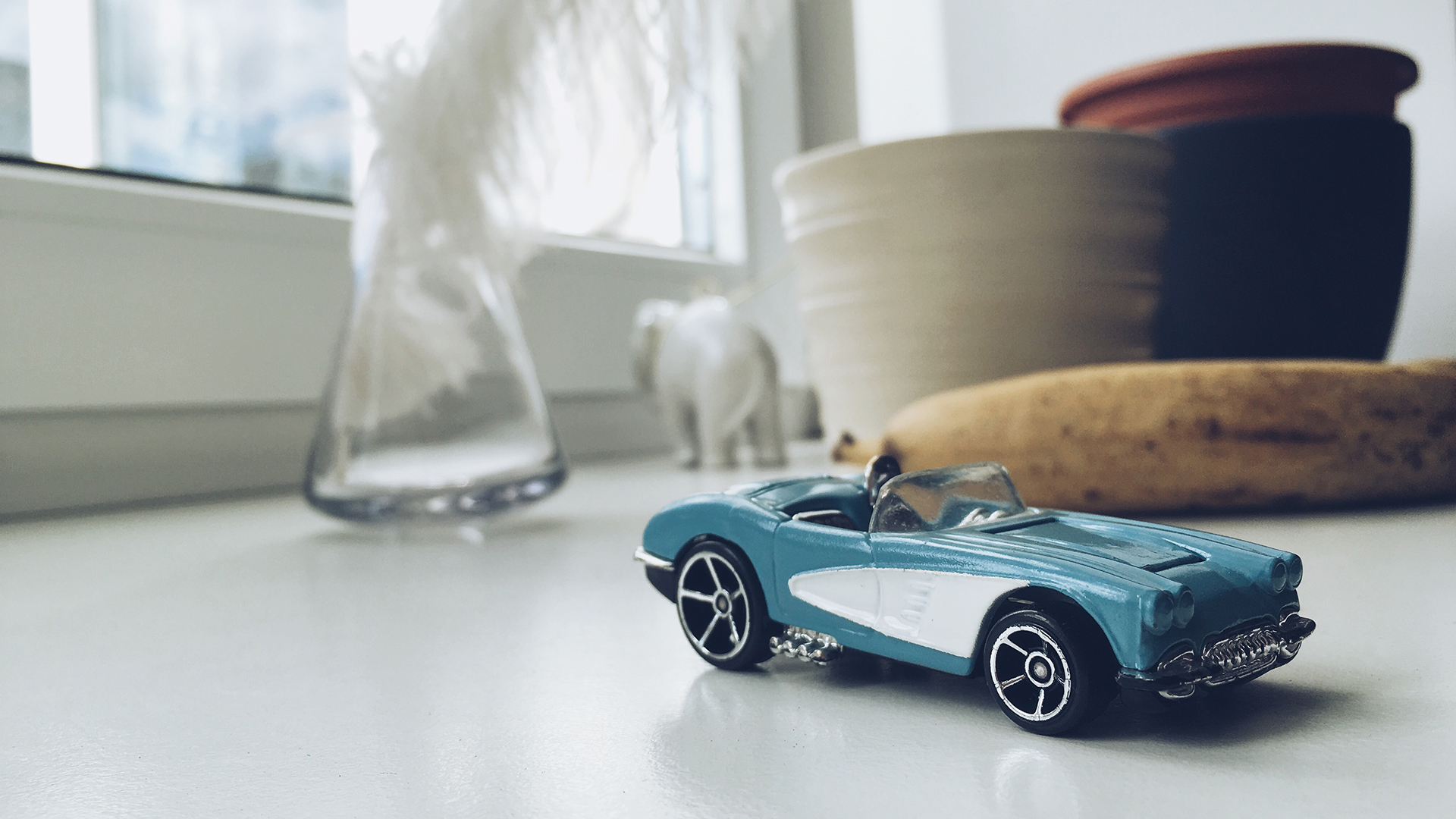 HOT WHEELS CASE LETTERING
Each year Mattel introduces new cars and cases/boxes would get a new code on them. Every case has 72 Hot Wheels in them and those cases have around 16 variations that are lettered in accending order from A (A, B, C, D, …). As an example: you can find Datsun 240Z only in Case A or only Case J will have Acura NSX as a Super Treasure Hunt model. Case letters are mirrored to the back of the cards. If you know which case is currently on sale in your local store, you know for which cars you should keep an eye. That is, if you follow the Hot Wheels Case Reports that can be found, for example, here.

WHAT SHOULD YOU COLLECT
Hot Wheels Community respects collectors with a theme. For example, collecting only muscle cars, only cars from 70s or 80s, only new casts, only blue cars, only BMWs, 2002 casts of BMW 2002 model, etc. So, the lesson from here is simple – collect what you like.

Age, Demand and Condition will add value to your collection over time. Good suggestion would be to keep them unopened in the box, since Hot Wheels Card will add value as well and guarantee that the model is in mint condition.

Remember, Hot Wheels brand got started in ’68, so in 2018 they will celebrate their 50th anniversary and we will surely get awesome Collectors’ pieces.

You may have noticed that I’ve used some words, like Redlines, Real Riders and others; there are plenty more other terms like Tampo, Blackwalls, etc., so don’t be ignorant, check out this link to know the basics and slang of a Hot Wheels Collector.

WHERE TO BUY
Your local toy store, big department stores and markets. Also flea markets. There are few specialised websites on the Internet that you can Google. You may consider eBay as well, it has loads of great offers. The only problem is the shipping costs.

Now go, prove that you’re a man/strong independent woman by building a proper stand for your collection.