JDM Mitsubishi the Rest of the World Forgot

I was eager to make this feature because I love the rare Mitsubishi FTO. Would you agree that it’s possibly one of the coolest Mitsubishis ever made? 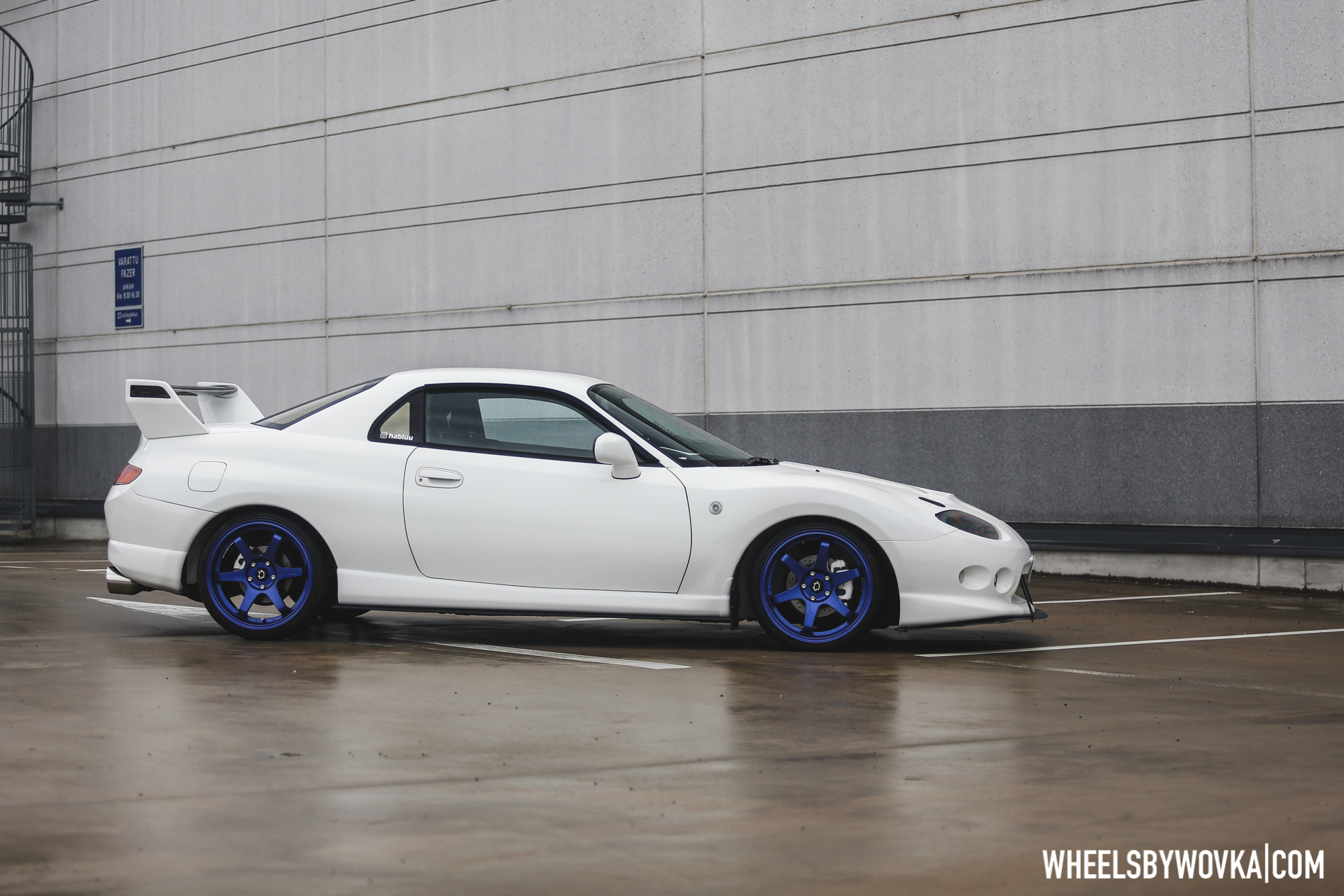 I know that for many it can be hard to answer that question since the FTO has a status of a JDM car they never knew existed. The reason for that being that it was sold only in Japan at first, and later humbly exported to Australia and the UK. 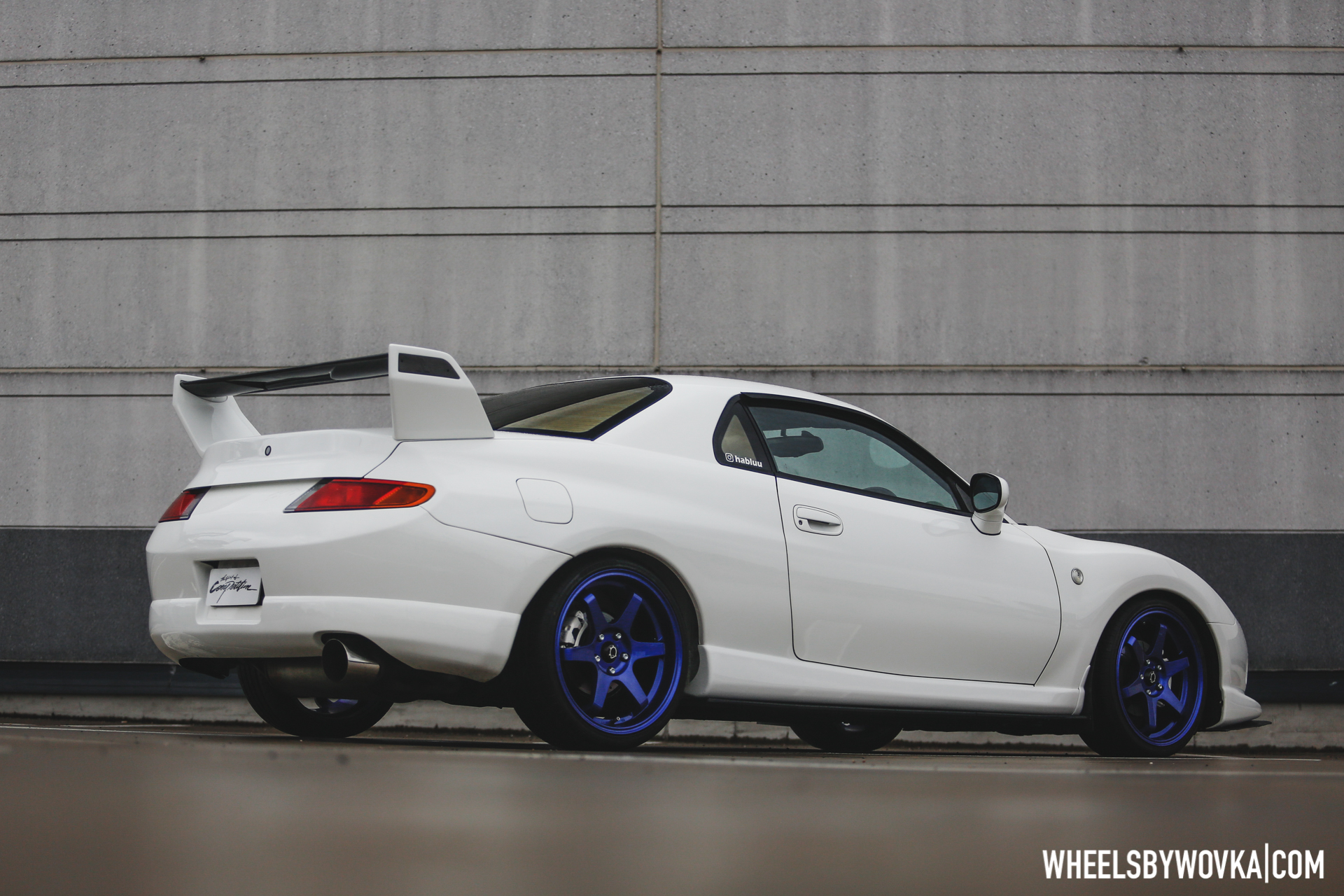 Maybe some of the readers saw a lot of them, but I only had the pleasure to see two examples in the last decade of my speedhunting: one in Ireland and one in Finland. Today I’ll showcase what FTO Harri Toikka from Finland drives. 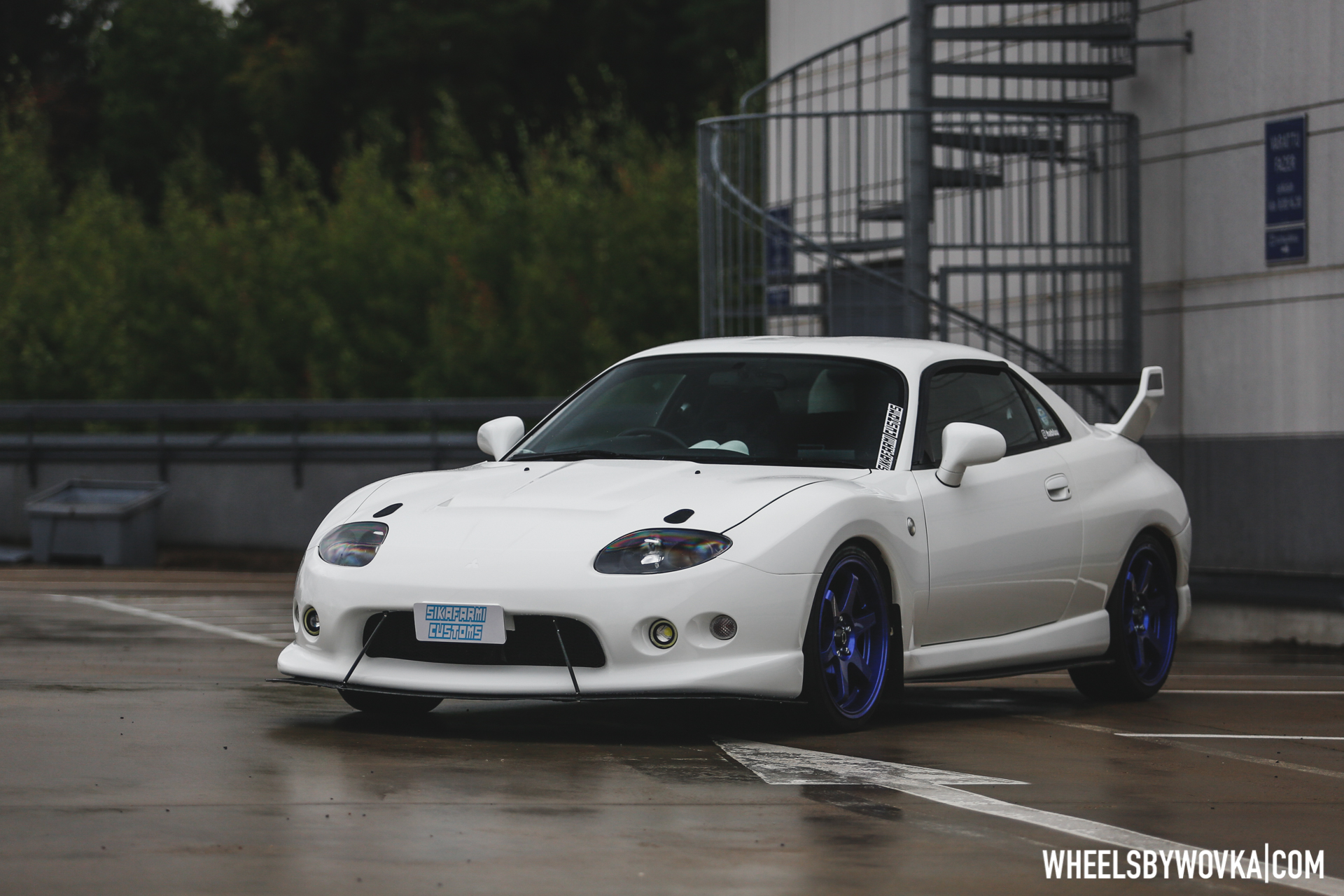 I’ll concentrate on the style – that’s something this Mitsu has a lot of. Harri got this car from a friend and it’s the only face-lifted model from three existing FTOs in the country. He made sure his 1999 model is noticeable: white paint with the mix of ‘Evo blue’ is the color scheme he chose. 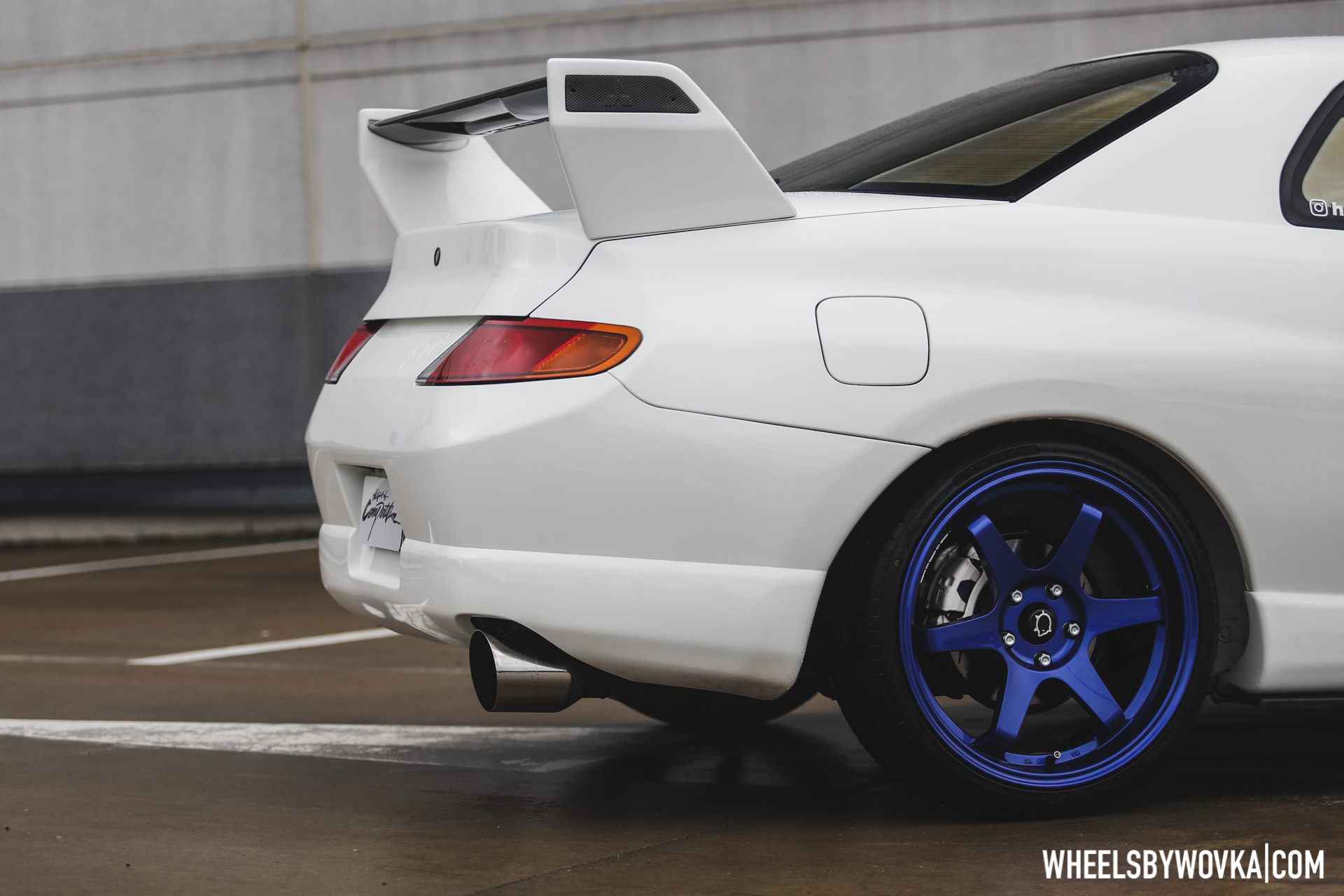 Evolution-DNA could be also traced to the rear wing that definitely needed some shaving before being fitted on a new rounded rear. 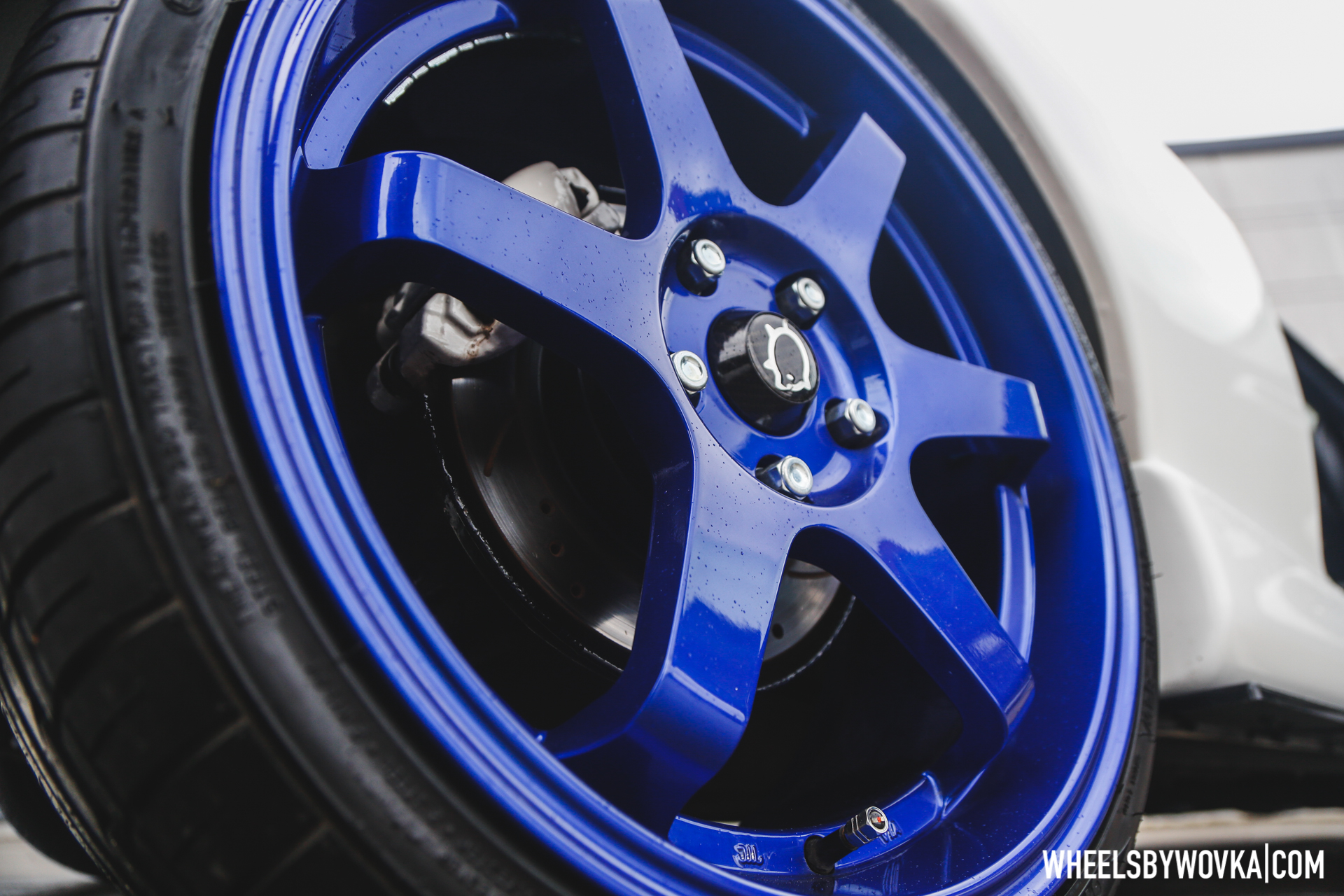 Self-made front lip, hood scoop, and new side skirts add aggression to this compact sports car. Blue TE37 inspired Ultralite wheels are a great combo with white brake calipers. Fujitsubo exhaust with a 4” outlet feels to be perfectly sized for such a car. 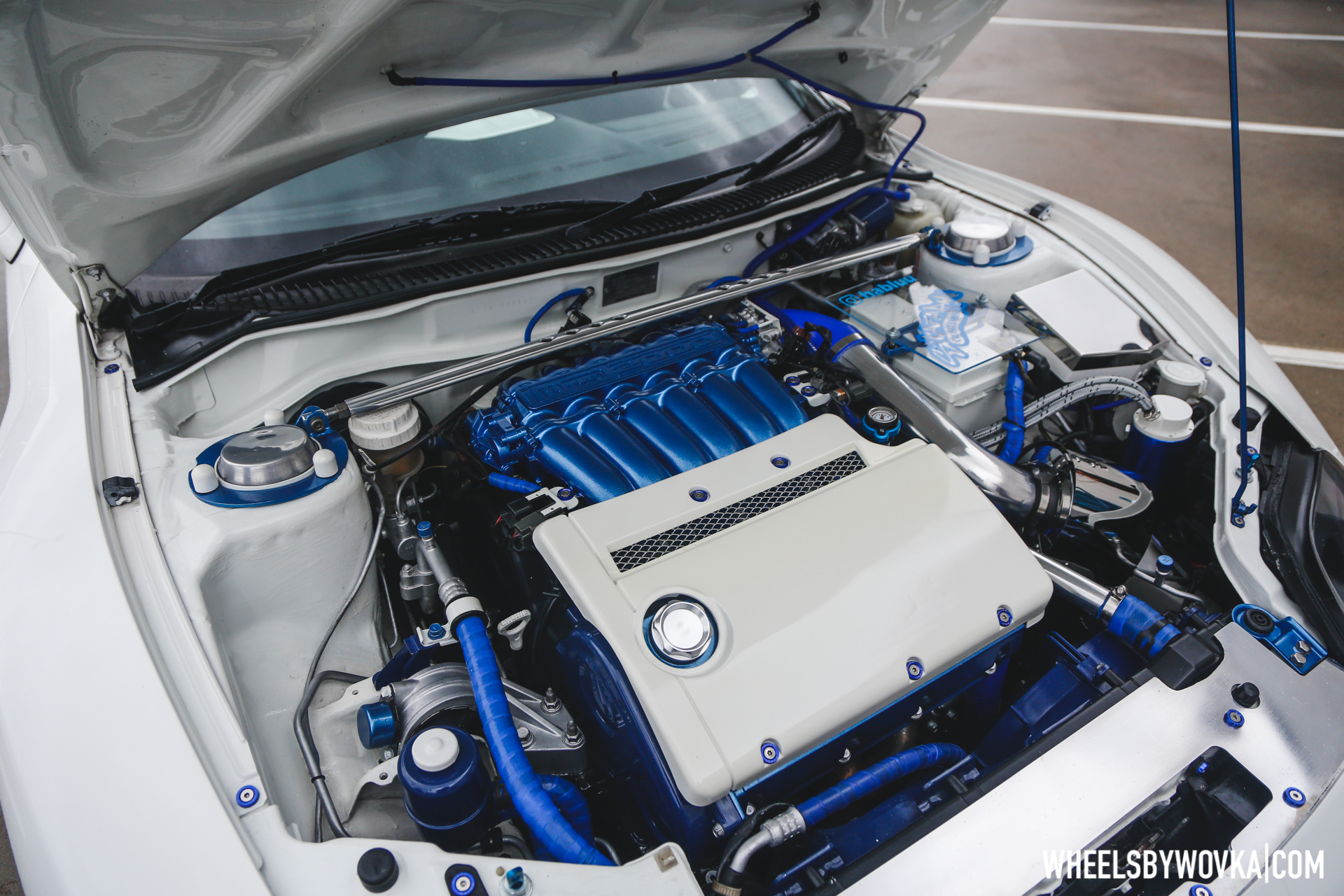 The engine bay continues the white and blue theme, but the first thing I glared at was the shiny stainless steel air intake piping and overall cleanliness of the transversely mounted MIVEC 2.0L V6. 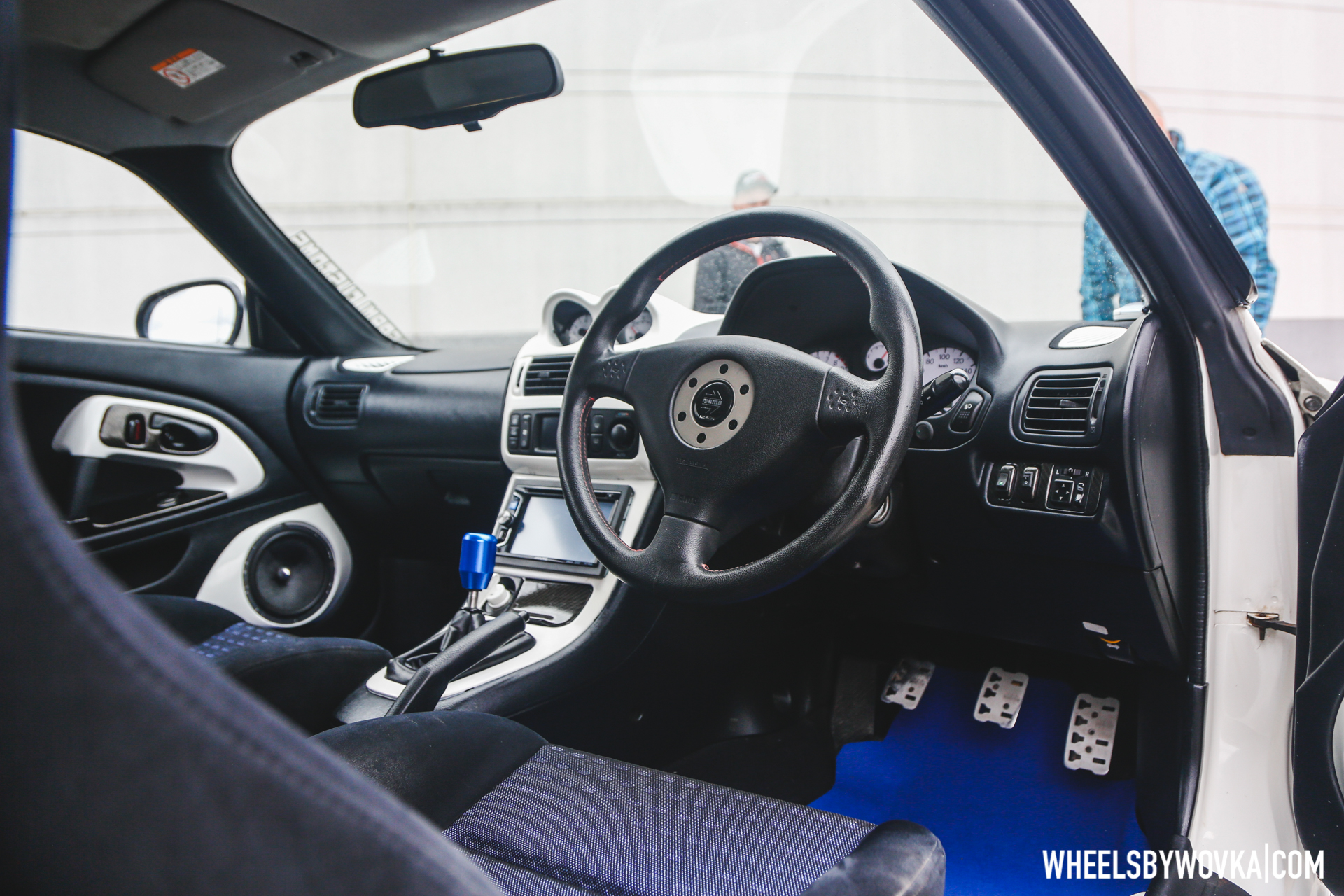 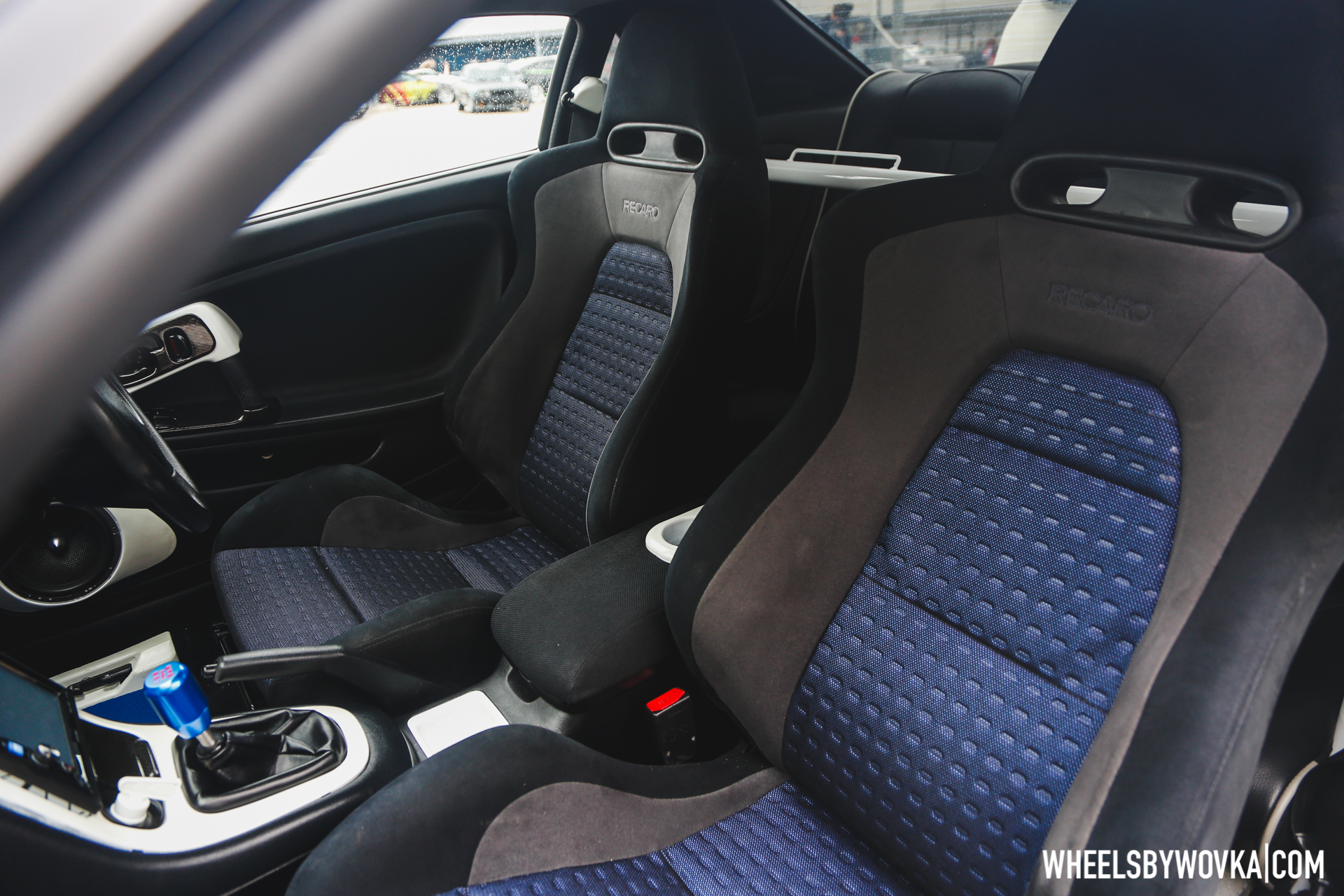 We had the Evo 7 spoiler, Evo 9 paint choice and we were only missing something in between. I found just the thing inside: Evo 8 Recaro seats – blue-ish in color, obviously. Combine that with a MOMO steering wheel, serious sound system upgrades and you’ll find it be an enjoyable place to be in. 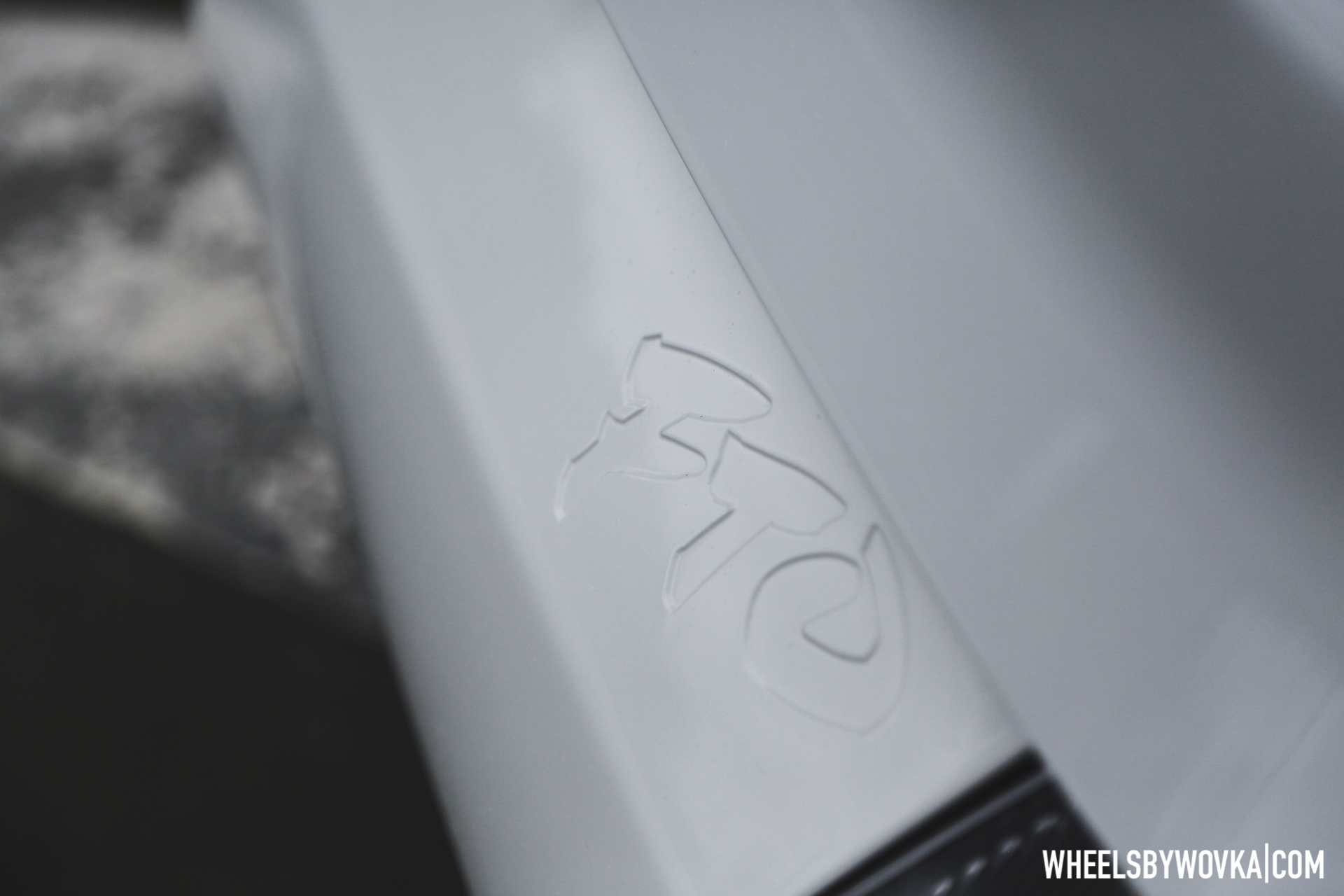 At this point, I don’t just wish Harri good luck with his built, I’m asking him to preserve this piece of JDM history for many years to come! 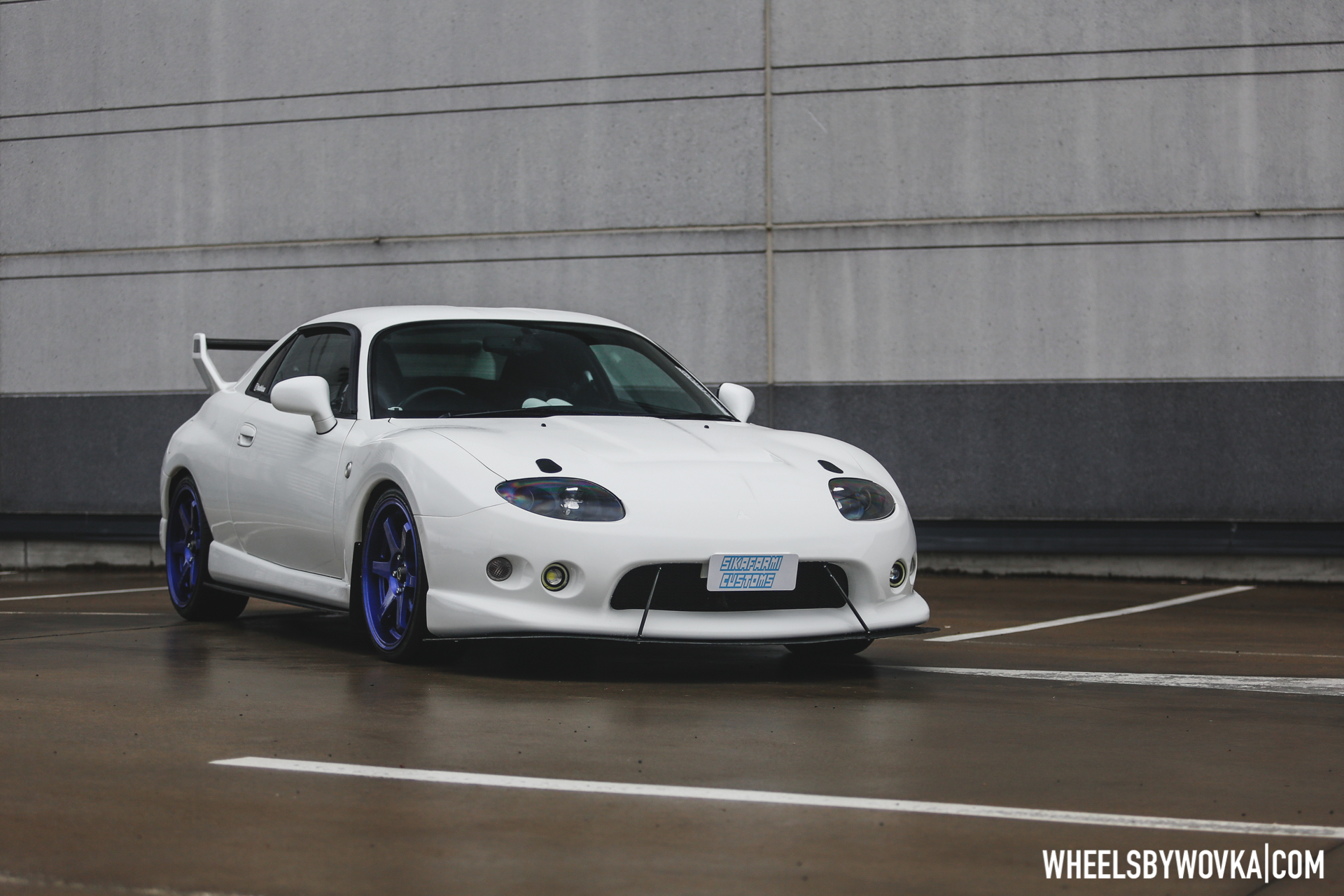 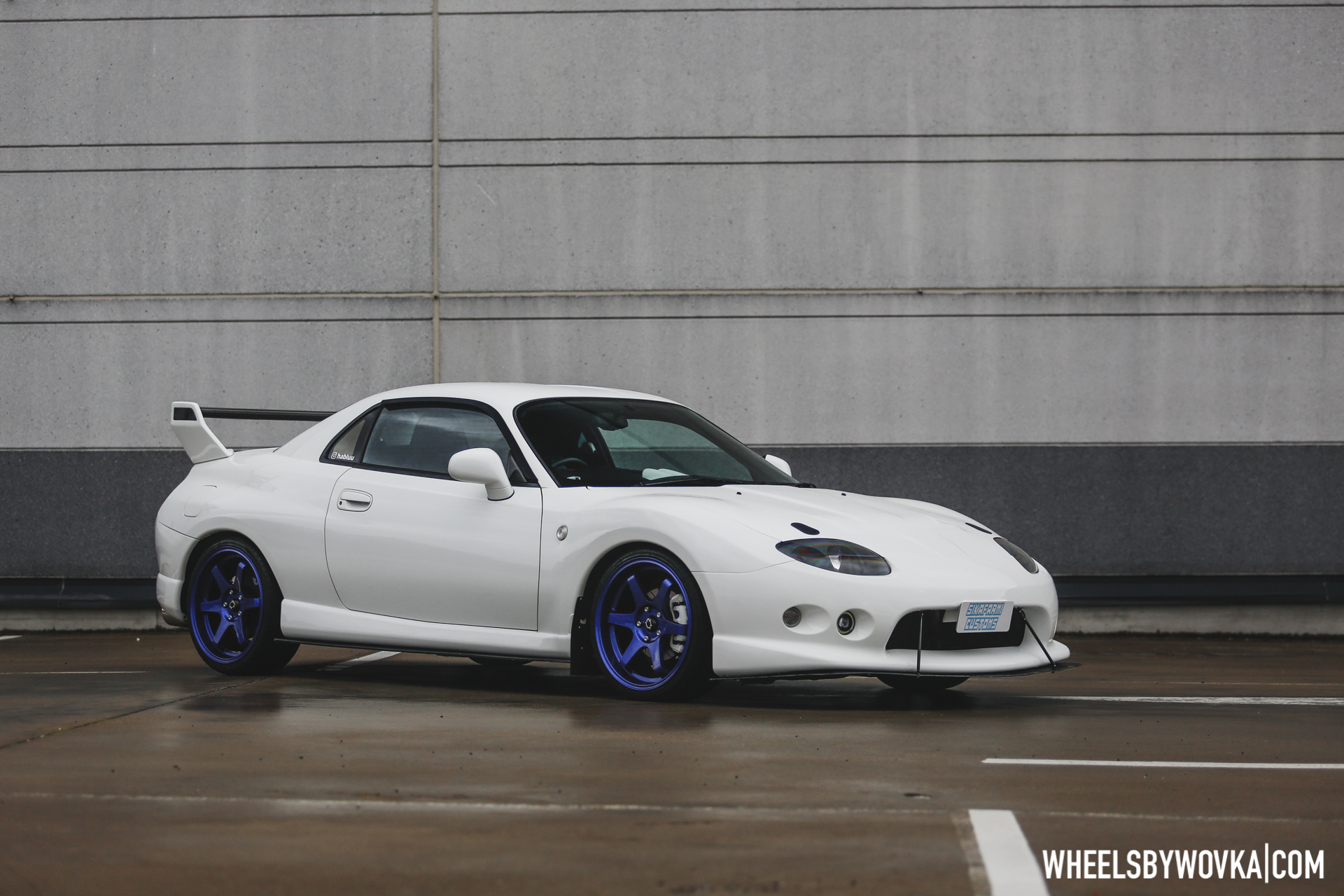 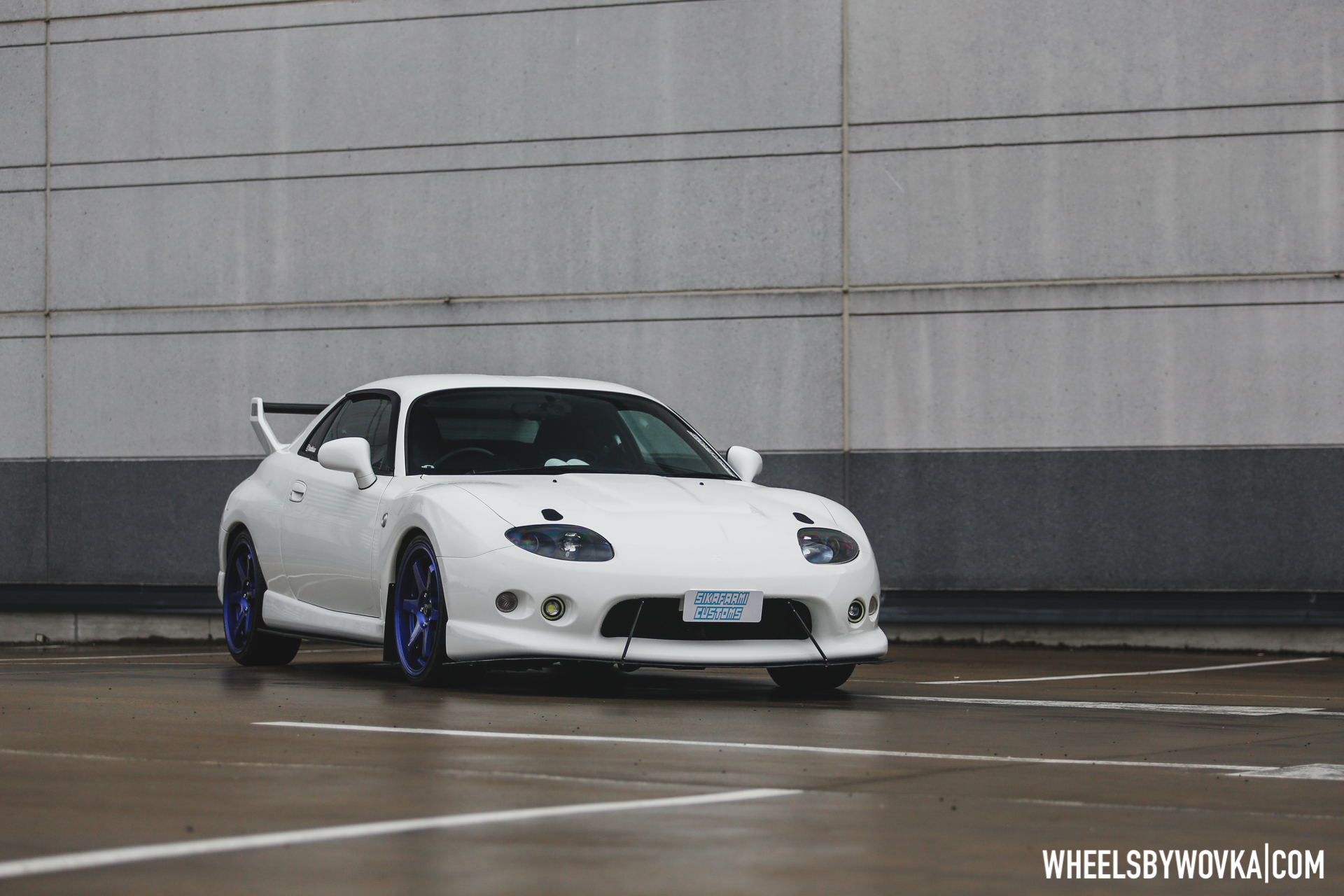 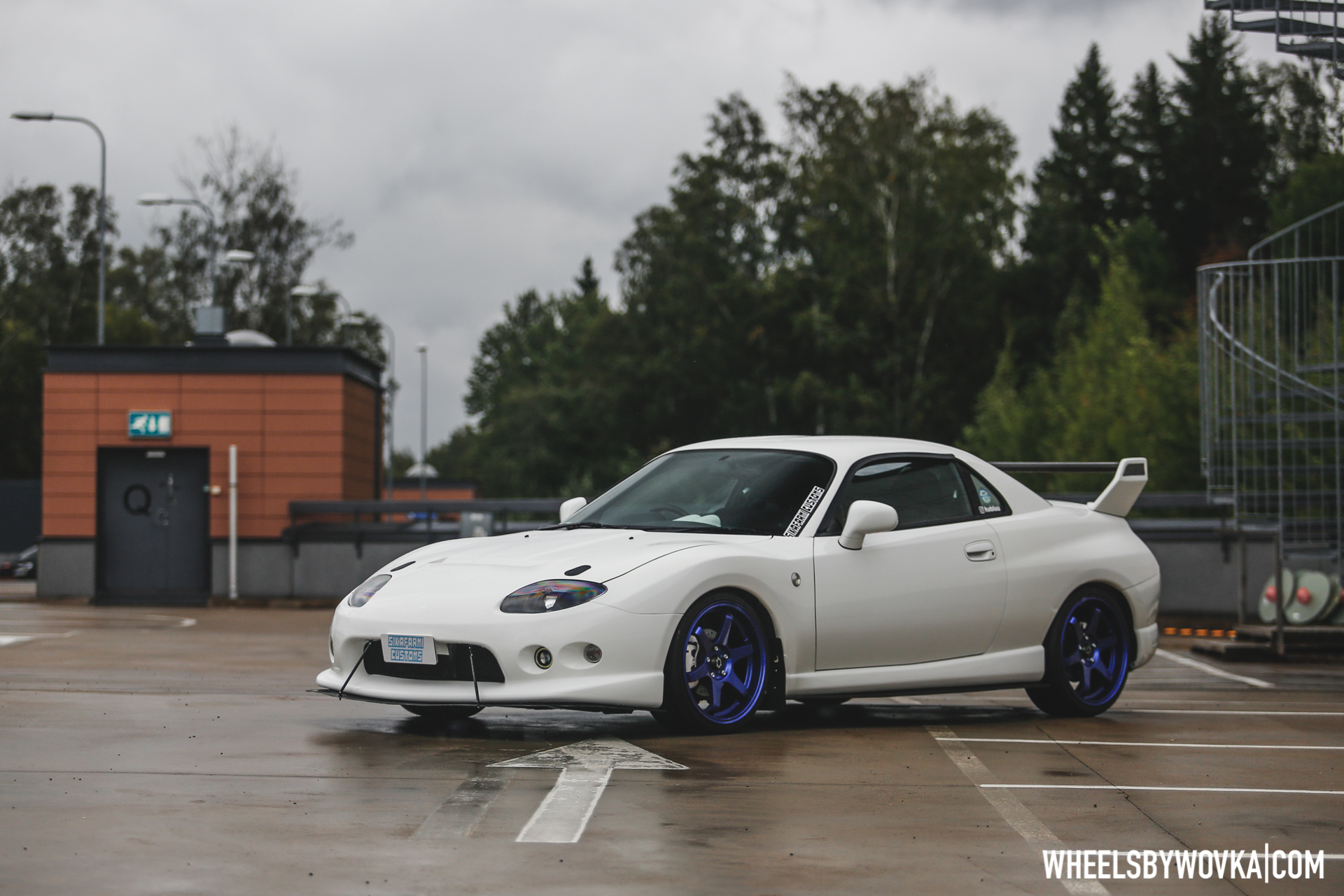 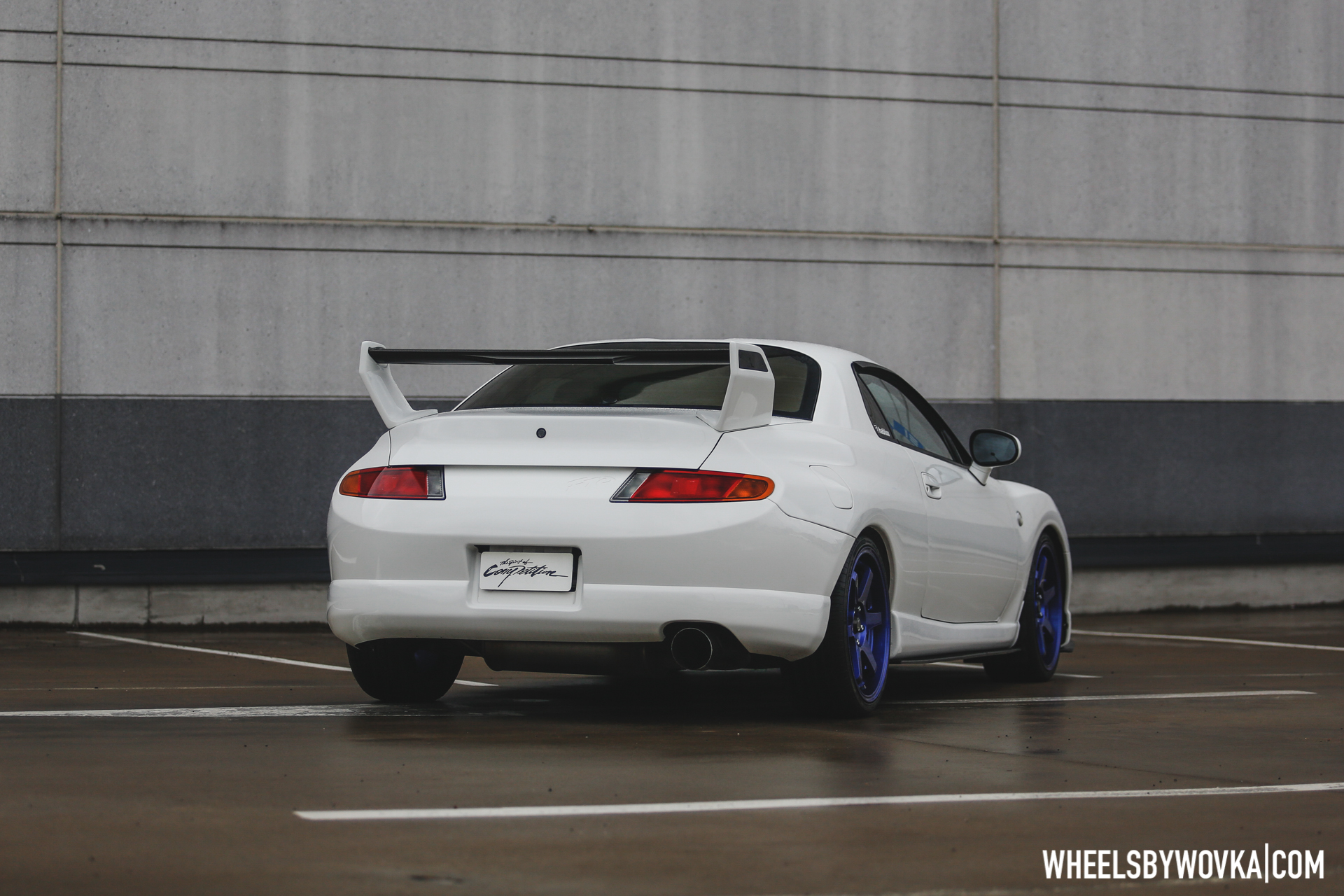 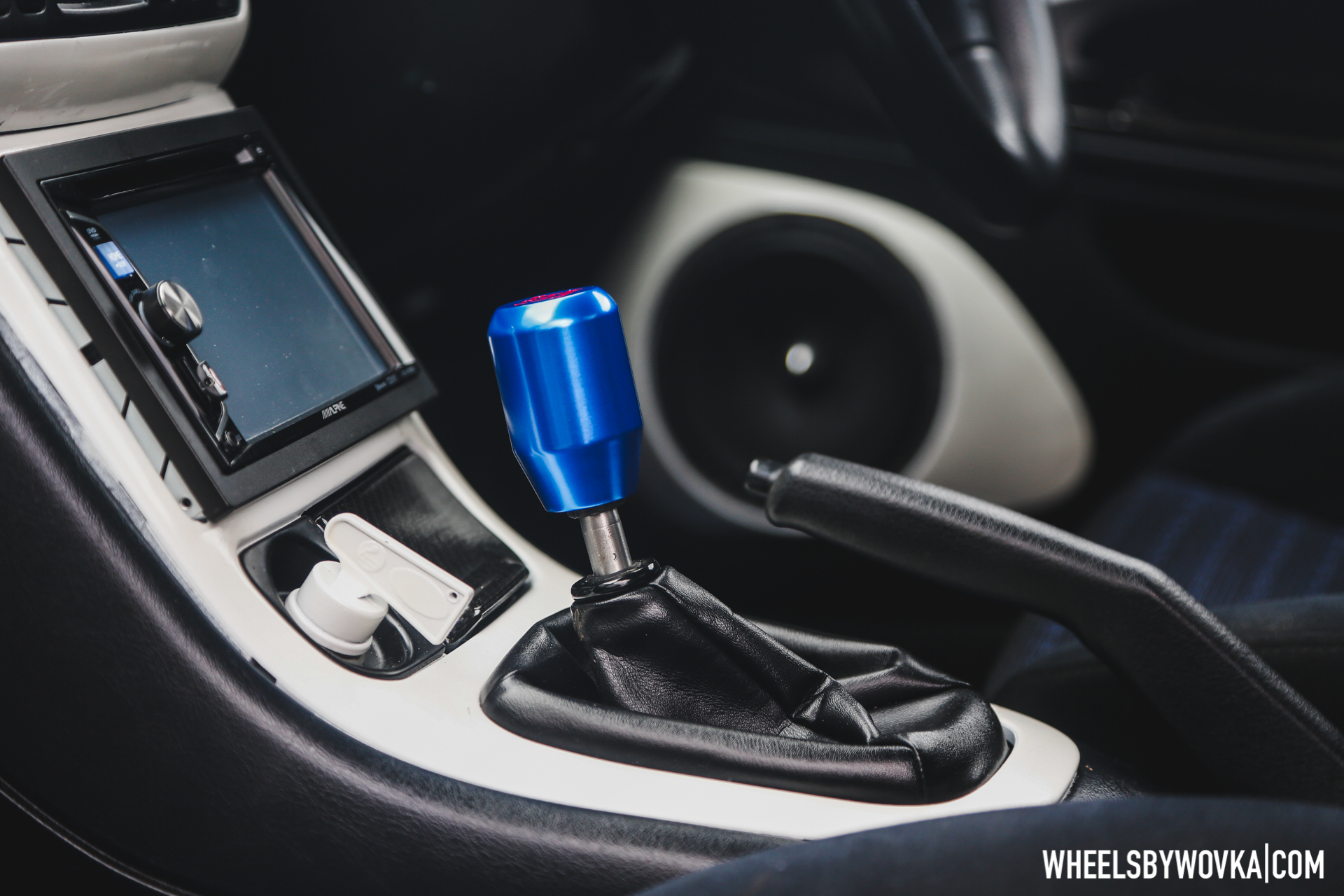 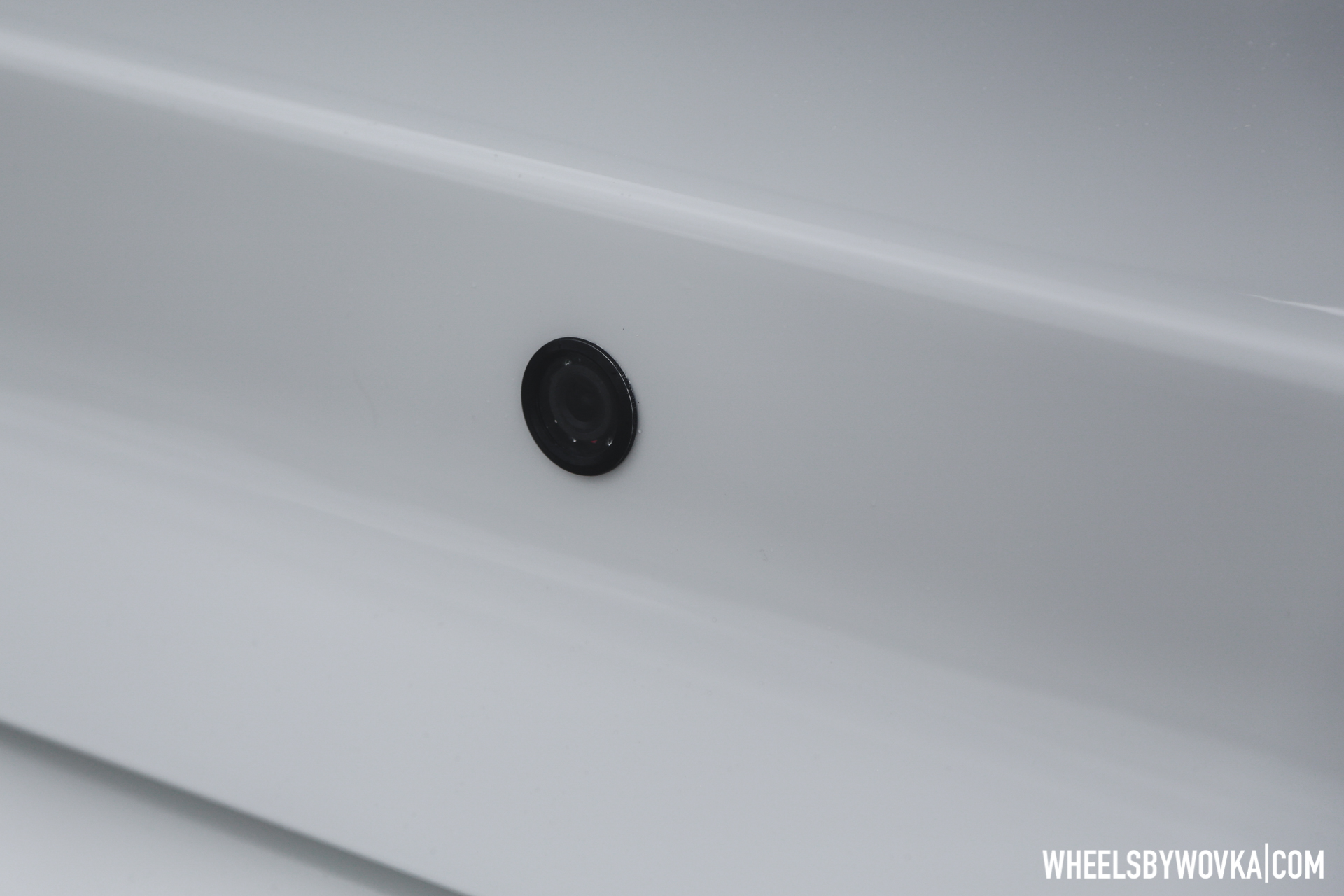 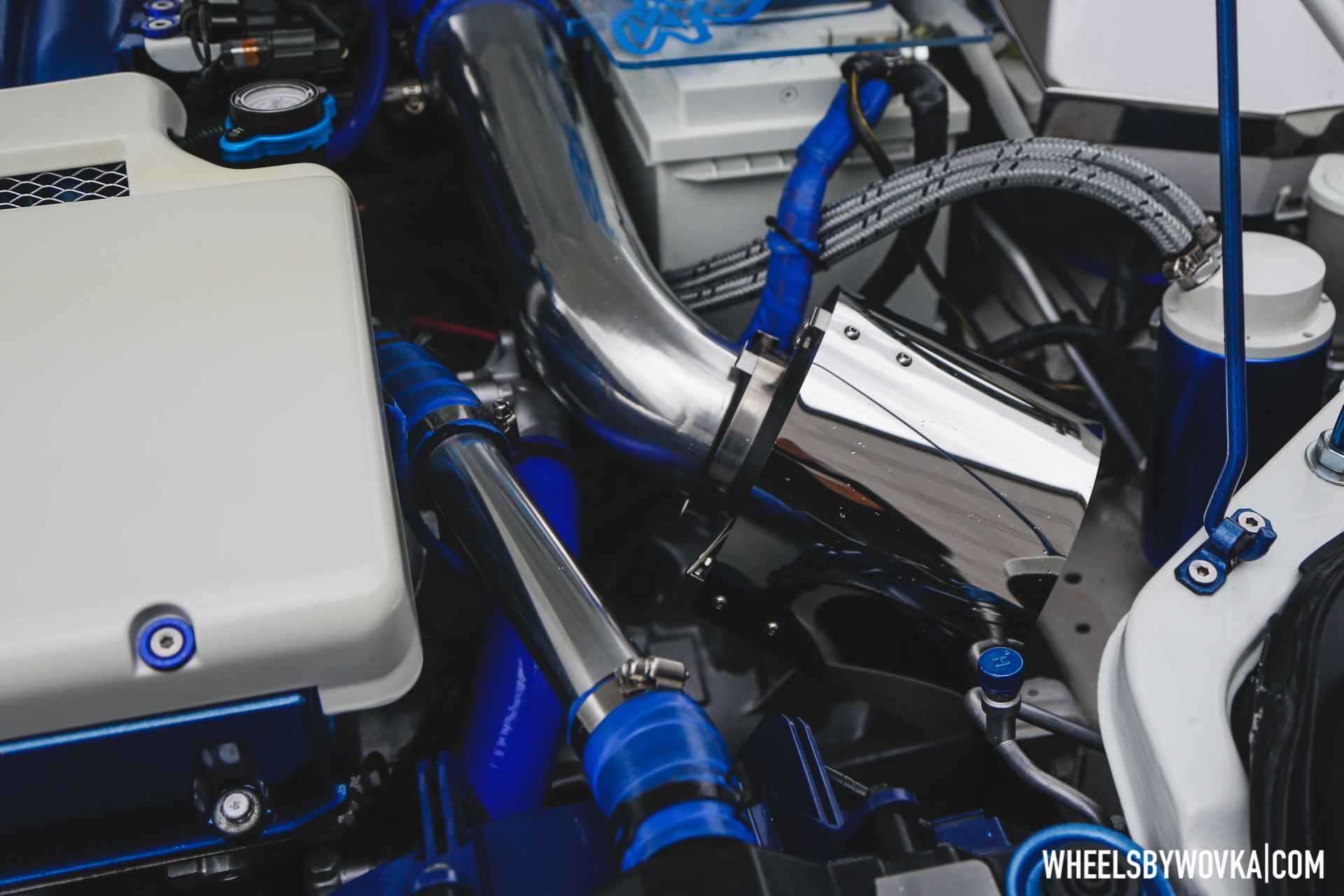 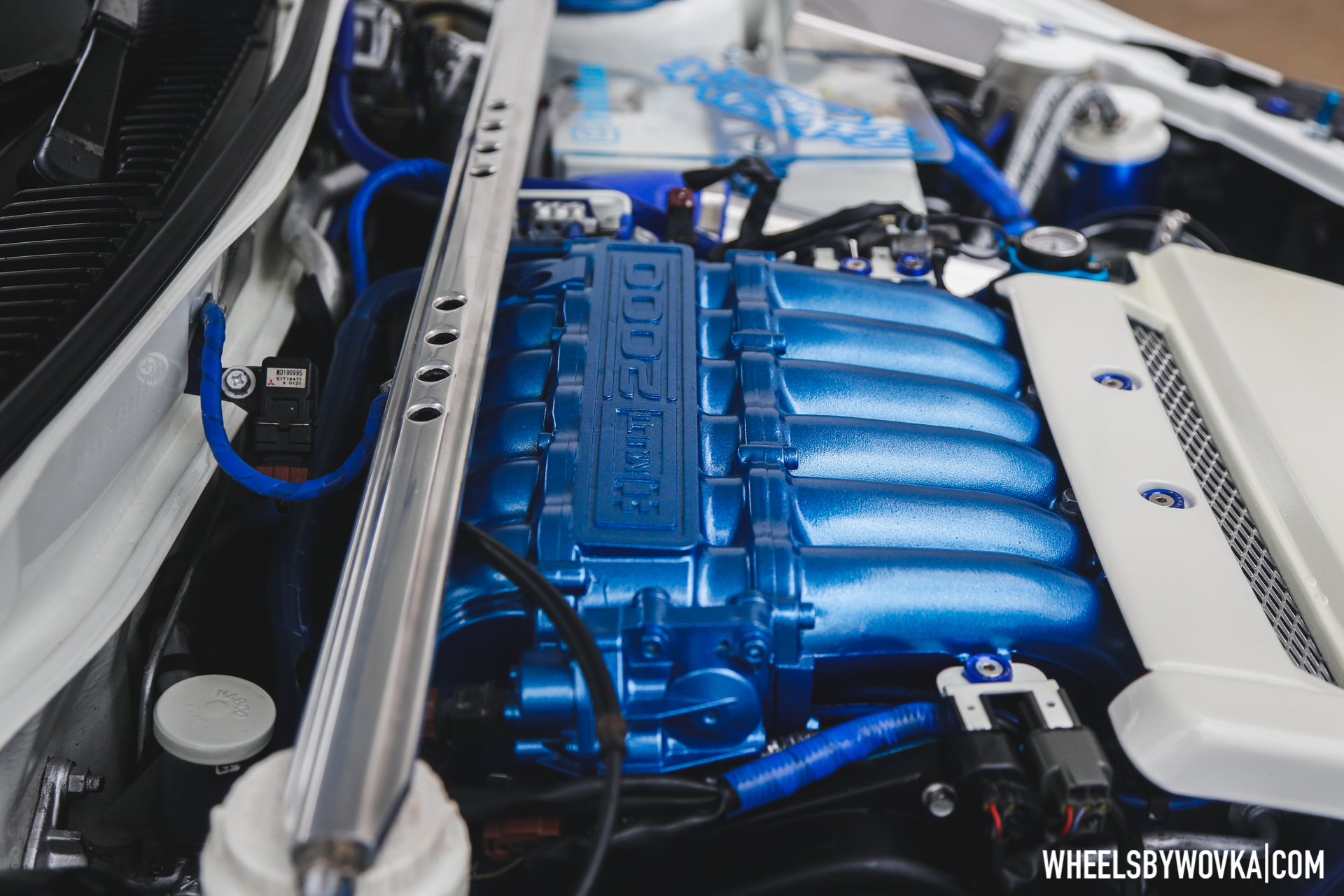 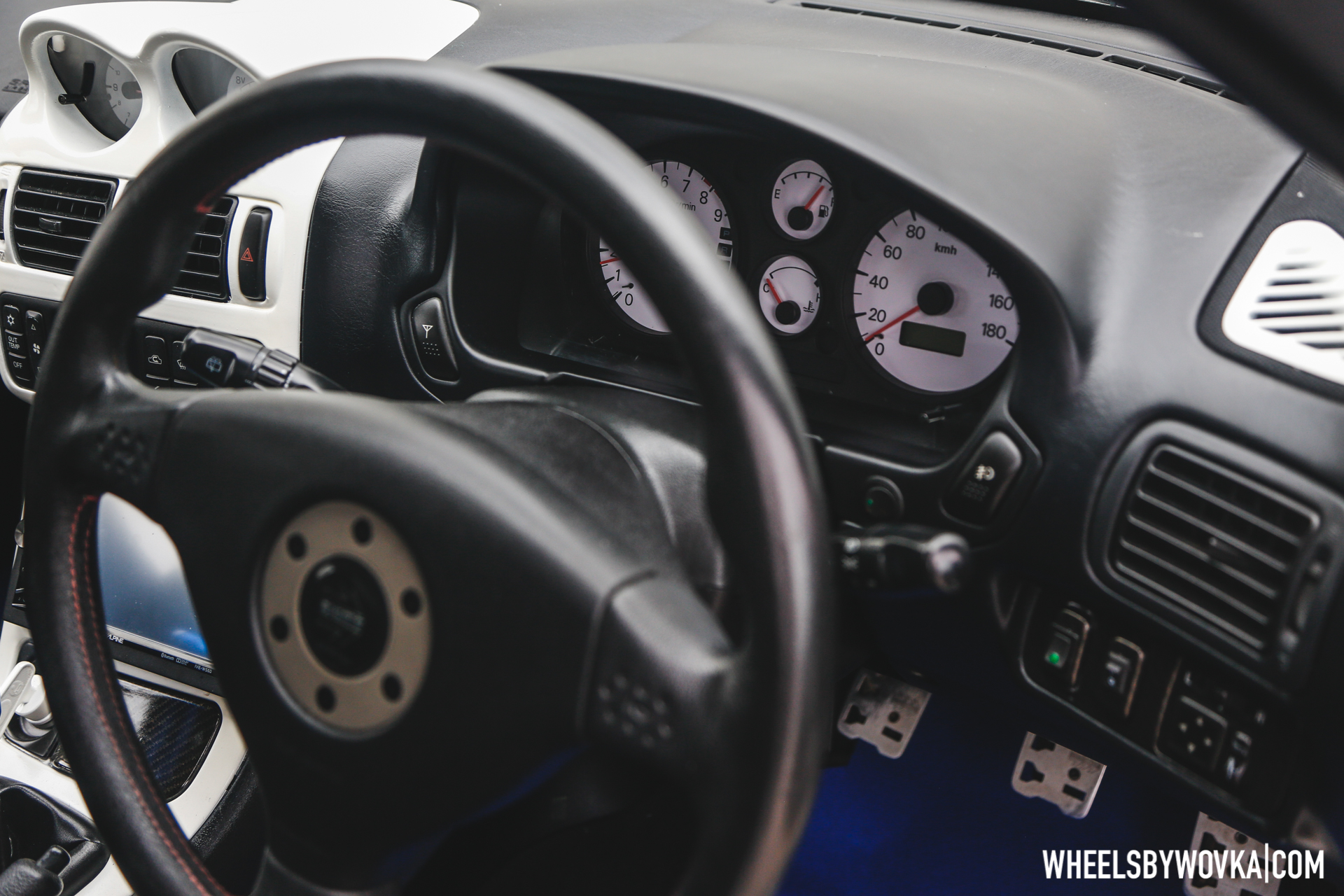 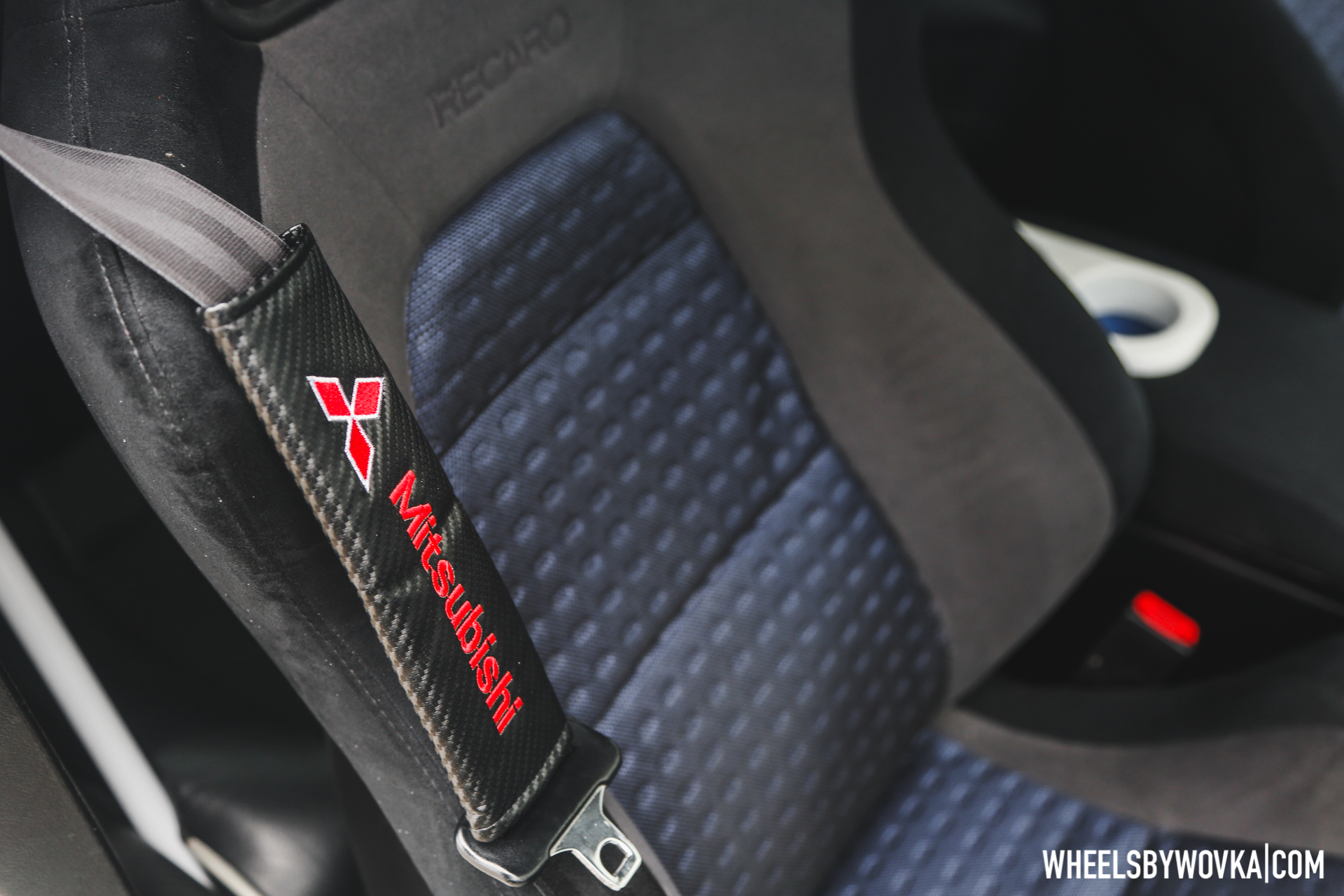 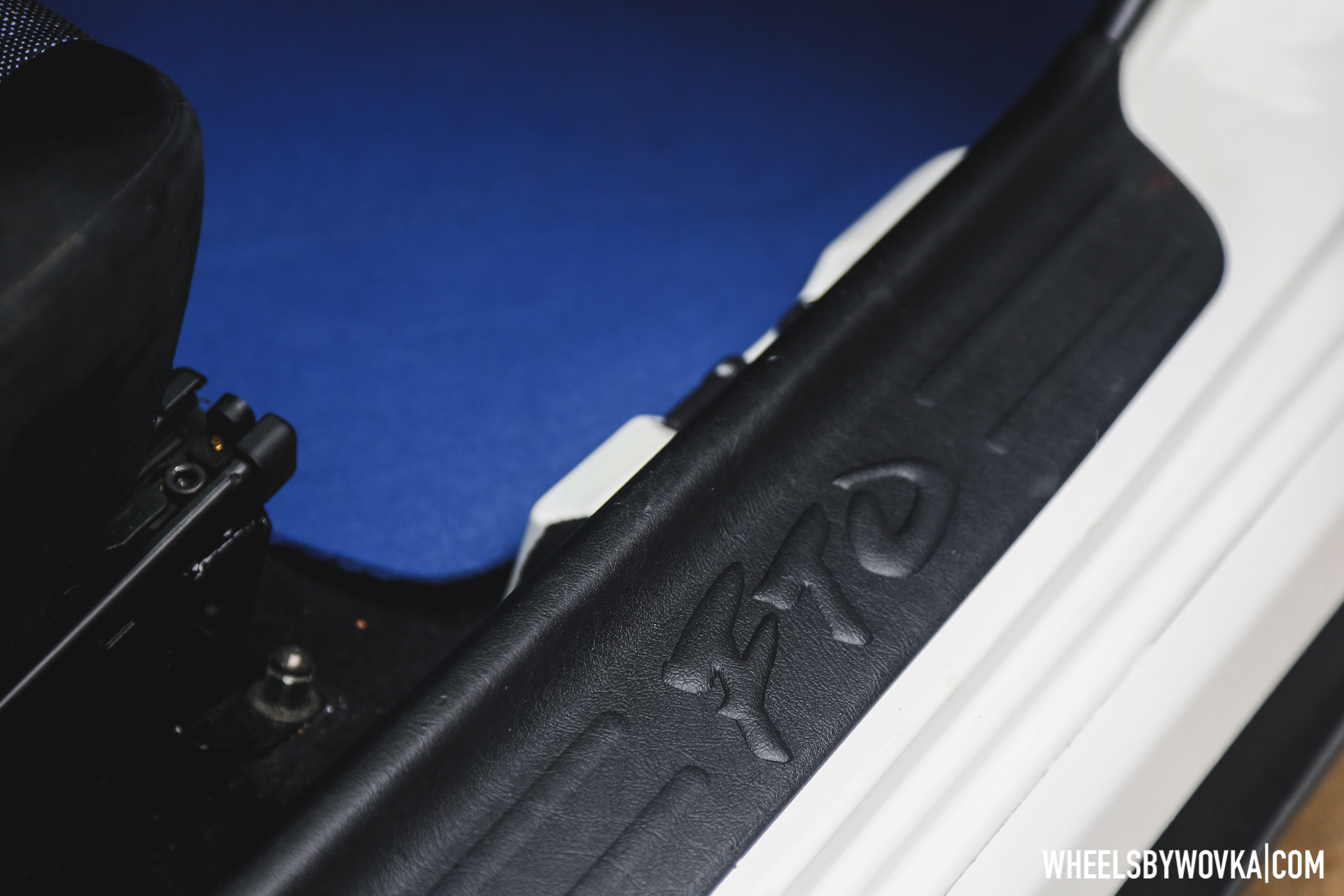 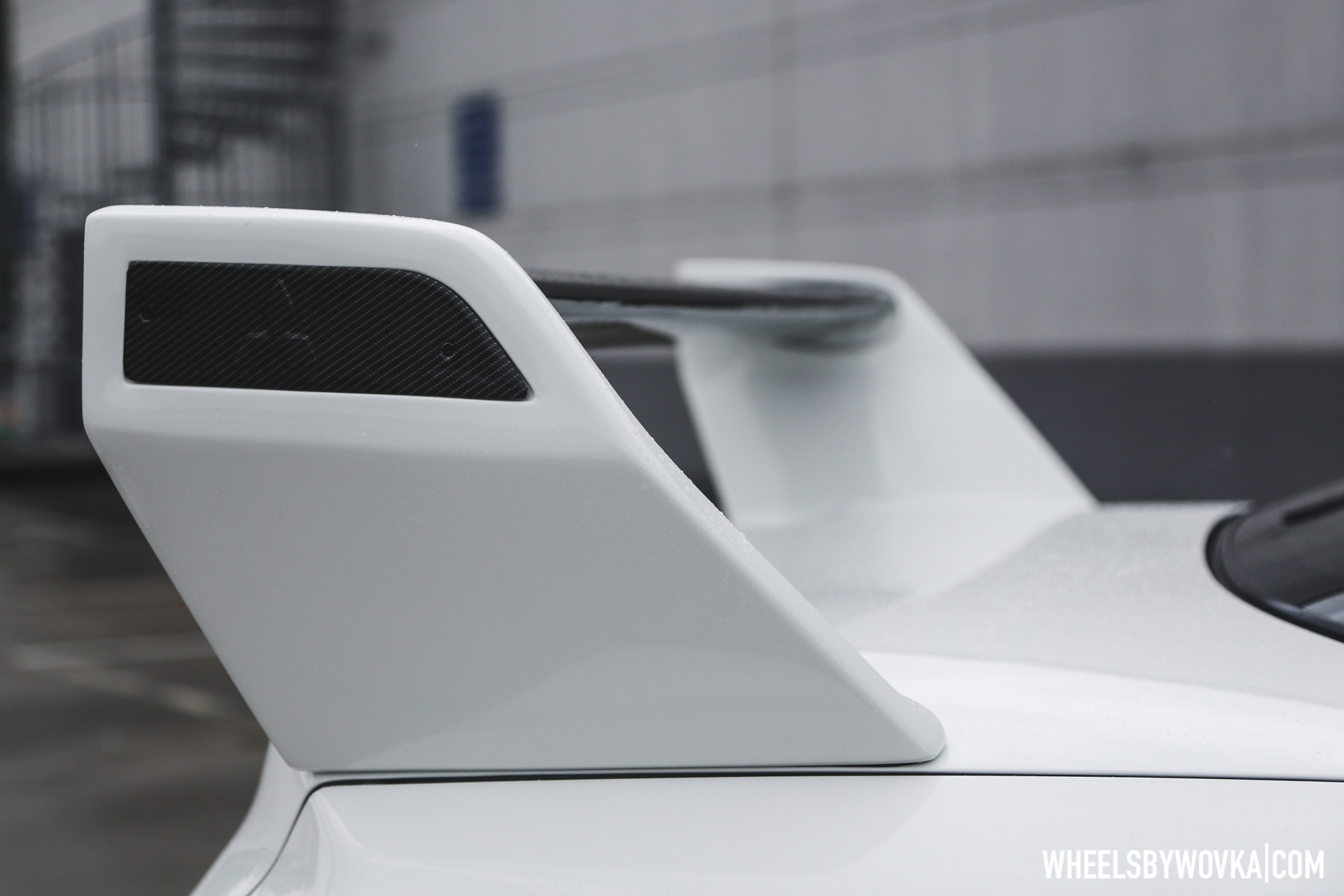